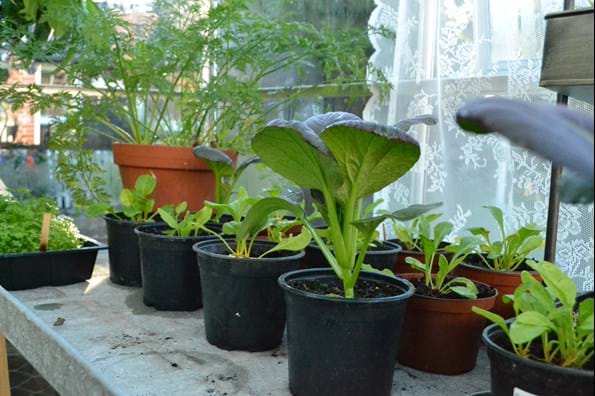 Winter cultivation has become popular and it is very simple to get going.

Many people associate autumn with the time we close down the greenhouse. But at the Danish germination expert Christine Wiemann, germination is in full swing. She grows all year round and enjoys being able to harvest fresh vegetables all year round.

In Christine Wiemann's greenhouse and window ledge, germination is in full swing, and it is continuous throughout autumn and winter. It is called “slow gardening”, which insinuates that everything grows a little slower during the winter, but that does not change the fact that it grows and that you can enjoy your greenhouse and harvest all year-round if cultivating during the winter.

“Winter cultivation is continuous, so I sow continuously, and always have new small sprouts ready. I think it's great to use my greenhouse all year round instead of shutting it down and storing garden furniture etc. in it”, says Christine Wiemann.

She is a trained gardener who sells organic seeds and flower bulbs in Denmark. In recent years, she has experienced an increased demand for winter cultivation. She can easily understand that many want to do as she because it can be something very special.

“It is great to have something green in your greenhouse all year round. It goes a little slower, but that's also how life is - it gets colder and people get slower. It is climate-friendly, and even though it may not be 100% self-sufficiency, a little is also enough, and it is so great to pick your own field salad in October”, she says. 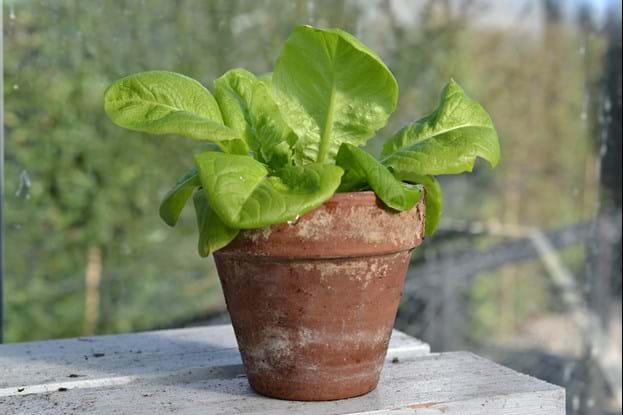 My harvest is not as great in the winter, but you can easily get small crispy lettuce leaves for the dinner.

Do not be afraid of frost, but clean thoroughly

Winter cultivation is not difficult - quite the opposite. The crops take care of themselves, and you do not have to irrigate much, nor do you have to use fertilizer. On the other hand, preparatory work is important. Thorough cleaning must be done before you start so that you minimize the risk of pests and bacteria that can make your crops sick. There are various cleaners on the market, but Christine uses soft soap, and it works well.

Then you can get started. Christine germinates in potting soil and then transplants continuously in pots or growbags, which she recycles from her summer cultivation.

In the first months of autumn, it is important to ventilate the greenhouse well, but as the temperature drops, you can keep windows and doors closed. From there on the crops pretty much take care of themselves.

“Many people ask me what to do when the frost sets in. The truth is that if you grow crops that are suitable for winter cultivation, then you do not have to be afraid of the frost. It may cause your crops to look a bit dull and they may collapse, but they will recover as soon as the temperature rises”, she says.

It is important to ONLY harvest the winter cultivation when the plants are turgid, which is when the temperature is just above freezing.

She covers her sprouts when the temperature drops below zero, but otherwise, she neither uses insulation nor heat in the greenhouse.

"But of course, you need crops that are suitable for winter cultivation - a purchased parsley from the supermarket cannot survive in your greenhouse over the winter", says Christine Wiemann. 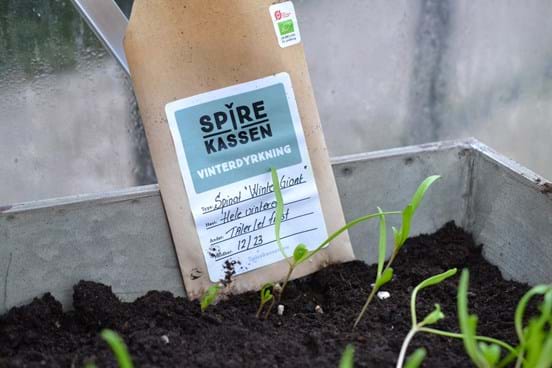 Crops like cabbage, broccoli, winter lettuces and the herb succory can be used for winter cultivation. Even Christine enjoys using the broccoli leaves in a salad or just grabbing the small shoots and enjoying what she gets.

"It's a different way of harvesting and in completely different quantities, but it's as if the enjoyment becomes so much greater when on a cold day, I can pick some green top shoots for my dinner", she says. 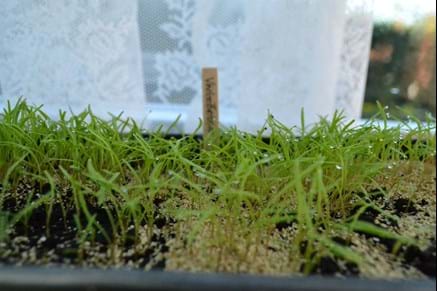 Winter cultivation starts in the greenhouse on September 1st when the tomatoes are finished for this year. We end the winter growing season when spring begins on March 1st.

When should I harvest?

You need to harvest all the time. Do not expect large full-bodied vegetables but eat the small broccoli plants as a leafy vegetable, for example. Eat the fresh light green pea shoots and the small young lettuce leaves. Due to the low temperature and slow growth, the taste is very intense. The taste can in no way be compared to anything produced in the industry.

We have started the first month of autumn. We can look forward to an average temperature of 12.8 degrees and an average of 128 hours of sunshine, which must be used for plant cultivation. The length of the day has already decreased by five hours since the solstice in June.

Autumn is really starting now! The day has decreased by about seven hours since Solstice in June. You can feel it! We can look forward to an average temperature of only 9.1 degrees in October. The number of hours of sunshine has also dropped significantly to only 87.

Did you know that the length of the day has decreased almost 10 hours since Solstice in June? We now only have about eight hours of sun. We long for the light again. Autumn is biting now! With an average temperature of only 4.7 degrees and with the sun as a rare guest, we can look forward to about 54 hours of sunshine in November.

You can sow: Tatsoi, broad bean, rocket and romaine, Mizuna.

We are approaching Christmas time maybe the snow will fall. However, it is far from certain. We very rarely have a white Christmas in Denmark. "Green Christmas" is a bit sad, but you can take advantage of the mild December for plant cultivation. The day has shortened more than 10 hours and there are only about seven hours of sunlight. The sun is a rare guest with only 43 hours in a whole month?! We are approaching the turn of the year with only 1.6 degrees as the average temperature.

It is in the next few months that we can really look forward to harsh frosty nights. It takes a long time to grow even when the temperature is low. Things take time, but there are still more things that you can sow now and really enjoy until the turn of the year.

You get the most out of your winter cultivation by cultivating in the greenhouse/conservatory or cold frame. If you grow outdoors, you should be able to cover your cultivation area with non-woven fabric, preferably two layers at night.

You will experience quite a few nights with frost. Do not despair if your winter crops look dead. Most plants "correct" themselves when the temperature rises above freezing again.

You can sow: More winter lettuce, but now you can also choose cold-tolerant summer lettuces as the light increases. More broad beans, which in a short time can be planted directly in the kitchen garden. and finally, more cabbage. 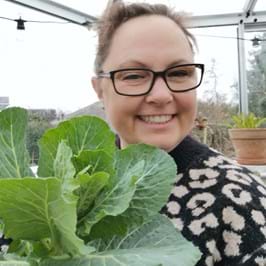 Christine Wiemann's interest in winter cultivation started, when she stumbled upon an article on the internet written by the Danish horticultural expert Bent Løschenkohl. Bent has been cultivating in the winter for many years and possesses great knowledge of the subject. Bent is a trained greenhouse gardener, Hortonom and Lic. Agro in plant diseases, and over time he has generously shared his knowledge here in the Greenhousefoum.