I forget my aches in the garden 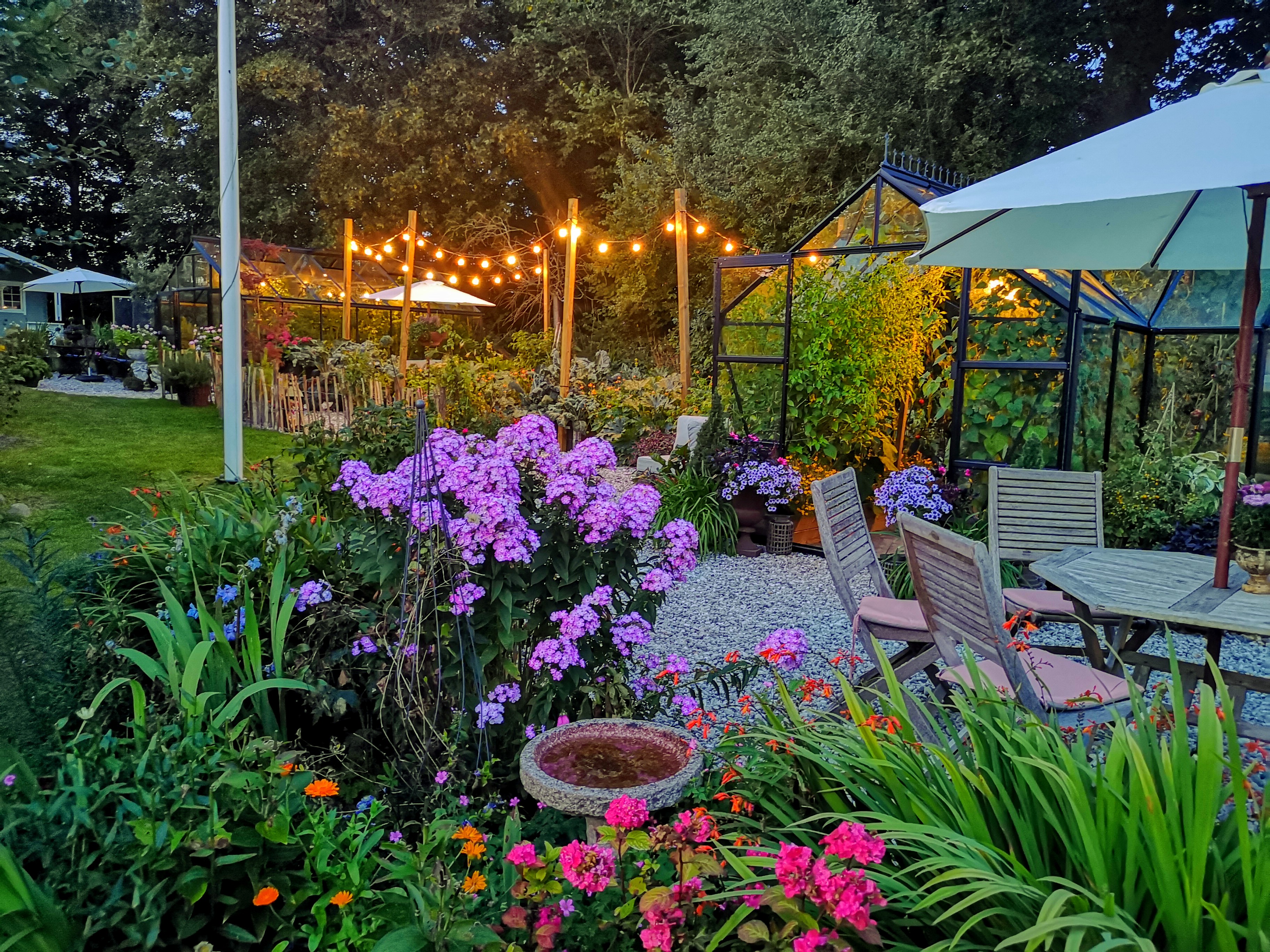 Janus and Kåre have created a fairy tale garden, which by and large is self-sufficient.

When a metabolic disease was about to take the life of Janus Berg, he and his boyfriend Kåre Hansen decided to replace the city life with the country life and grow their own pure fresh ingredients - they have no doubt that it has made a huge impact on their health.

In a garden in Denmark, the fairy tale flourishes. Berg’s Fairytale Garden is the garden called, and behind it are Janus Berg and Kåre Hansen. Today, everything breathes happiness and idyll, but just like in the fairy tale, Janus, in particular, had to go through a lot before he could open the door to a life that has given him the framework for a good life despite his illness.

“I have gotten a lot better after we moved down here,” he says.

Janus Berg has problems with his metabolism, and this has resulted in a life of chronic pain - primarily in his joints and back. That, and the idea of ​​one day living in a place where they could live out the dream of becoming self-sufficient, meant that Janus and Kåre moved from the capital, Copenhagen, to the countryside in South Zealand three years ago. And it has given Janus a whole new life.

“When we moved down here, I could walk 1000 steps a day, if I walked further, I would be completely wrecked, tired and swollen up. Today I can walk 10,000 steps - I might get a little sore, but that does not mean that I lie in bed for three days after, as I did before when I had overworked myself," says Janus.

He has no doubt that the combination of the quiet country life, clean ingredients, and time to be in the garden are the reasons for his improved quality of life.

In the garden I am pain-free

Berg's Fairytale Garden is created in the spirit of Janus' father. He was full of adventure and love and Janus especially remembers his stories about elves and trolls.

“My father meant a lot to all of us. He loved fairy tales and good stories, and he loved to tell them.”

Therefore, the garden is created with an adventurous spirit. Here are several greenhouses full of tomatoes, chillies, herbs and much more. Here are turned and twisted pathways that lead you through colourful flower beds, around chicken yards, where eggs in shades of green, blue and brown are laid. There are string lights and a great atmosphere, and it is absolutely adventurous. This is also the intention because the idea with the garden was to create a magical place - a free space away from the tough sides of life.

"When I'm out here, I forget that I'm in pain. I love being here because I can release my creativity, and when we do something, we really love, we forget the difficult sides of life such as disease." 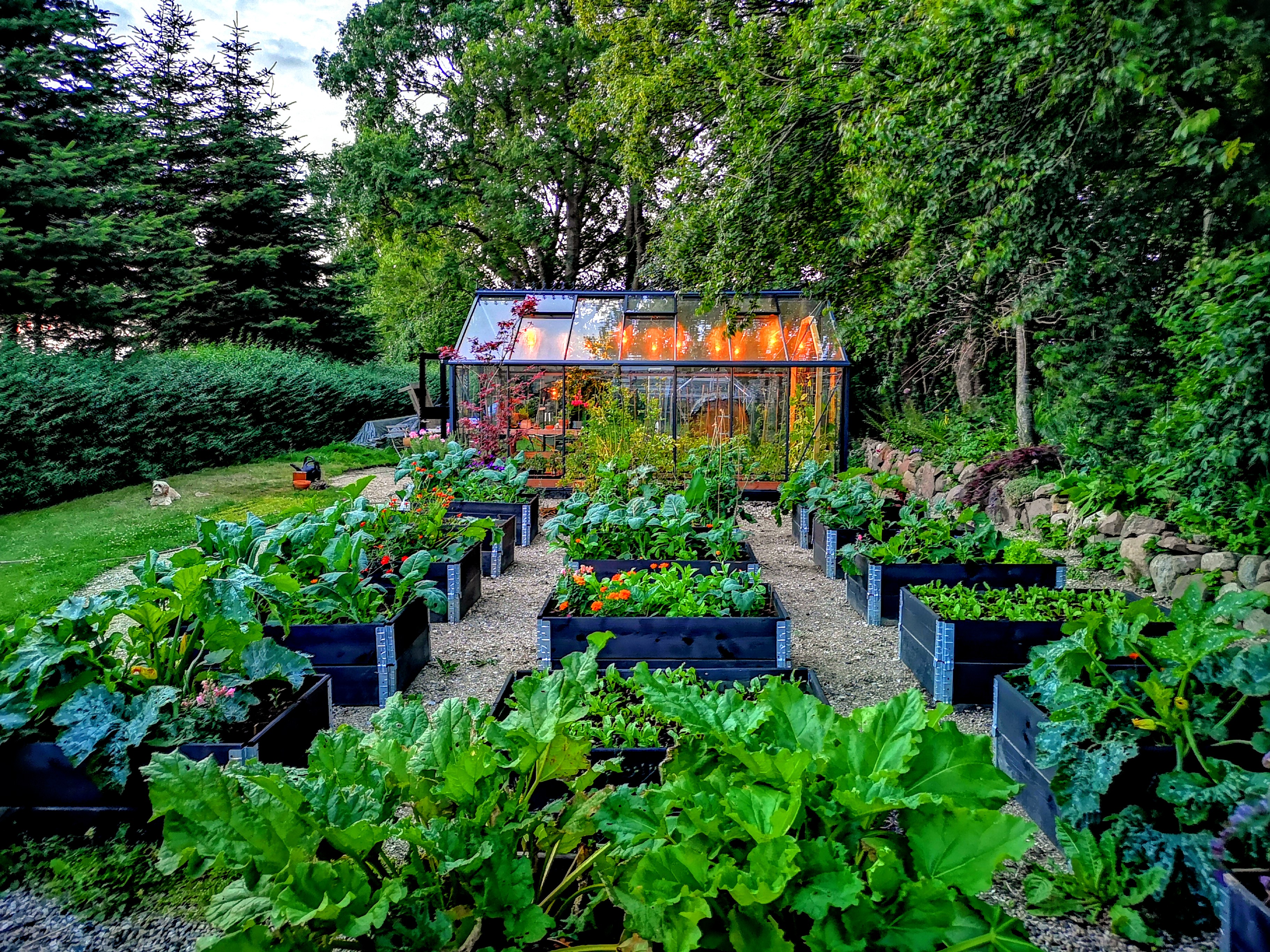 In the garden, Janus and Kåre cultivate about 70 different crops.

They eat pretty much purely what they can grow in the garden.

Besides getting away from the city, the dream was also to live a life as self-sufficient. This has resulted in about 70 crops, chickens that both lay eggs and are slaughtered and of course, they sometimes buy something else, but as a general rule, the couple tries to live from what they can grow themselves.

“We think a lot about how we can eat as varied and colourful as possible. We live by the idea that if all colours are represented in the diet, then we get pretty much the vitamins and minerals we need.”

The result is that they do not grow potatoes, but they grow potatoes in shades of white, red, and blue. The garden also abounds in cabbage in different colours and shapes. Kale, Siberian cabbage, purple cabbage, green and purple Brussels sprouts, palm cabbage, red and white cabbage, savoy cabbage, cauliflower and more.

"Cabbage is full of magnesium, and I have found that if I do not get enough magnesium, I get very tired and am in more pain." 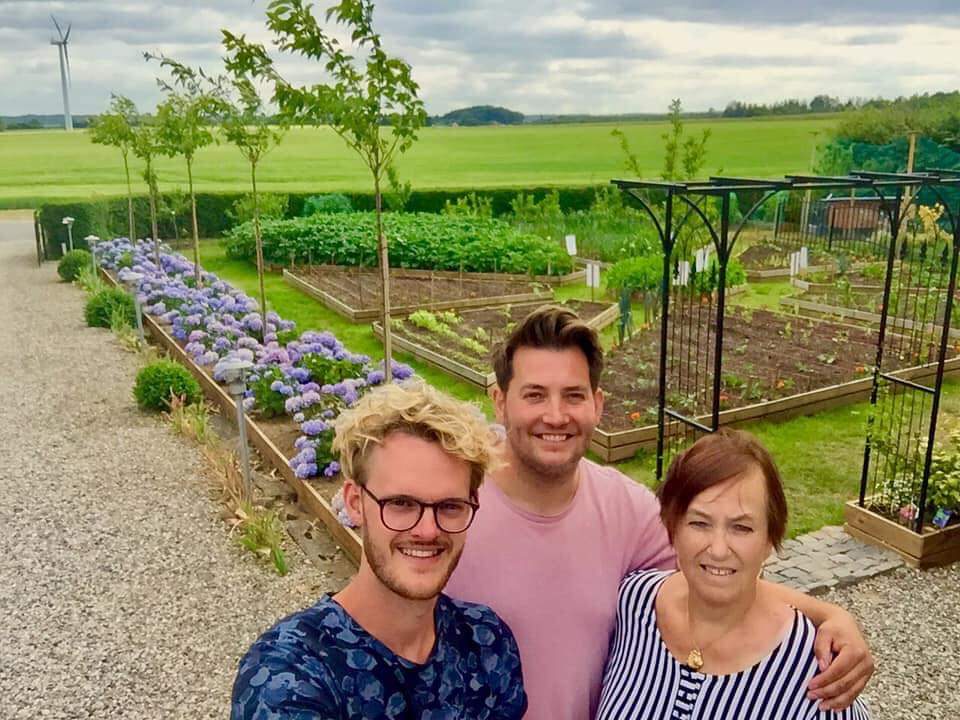 Janus’s mother moved with the couple and according to Janus, it is a blessing to live two generations together.

The many crops obviously require a lot of space and care. The kitchen garden was therefore the first that Janus and Kåre landscaped when they moved into the house three years ago. At the same time, they built a house for Janus' mother on the plot. His father was supposed to have moved in too, but he died before they signed the purchase agreement.

"It's great to live two generations together here, and it gave my mother a fresh start after her loss."

Although Janus' father did not manage to move in physically, his spirit is present throughout the garden. And it will also be in the next big project which is to build an adventurous fruit castle for berries and fruits.

The idea is to make a building with three towers: a 16 feet high tower in the middle and a tower on each side of 15 feet, and then wrap it in the sparrow net so birds cannot enter and eat away, but pollinators as bees etc. have access. It sounds like an extensive project, but as it is the creative urge that drives the work, it is no problem, and maybe it will even be a painless experience for Janus.

“I think we as humans have the ability to put ourselves beyond our pain when we are dealing with something that we really like. When I have fun and am allowed to be creative, the pain simply disappears.”

Janus Berg and Kåre Hansen are behind the garden

The idea was to create an adventurous and creative space, that could supply the couple with all they need food-wise. 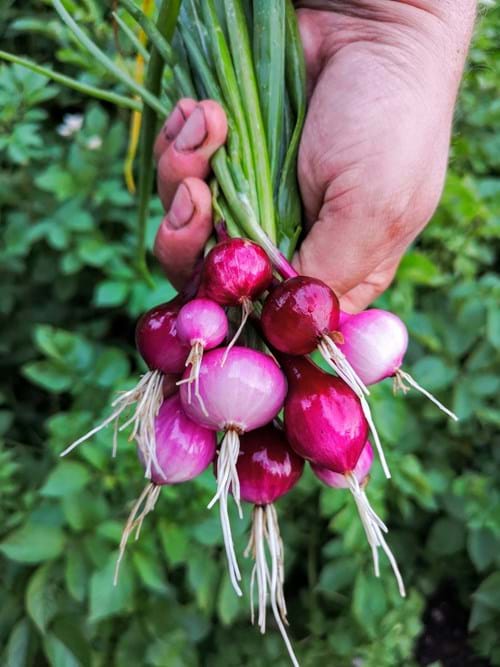 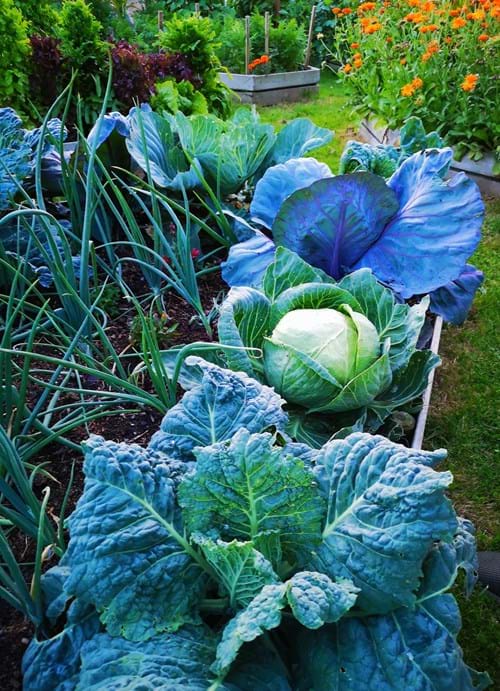 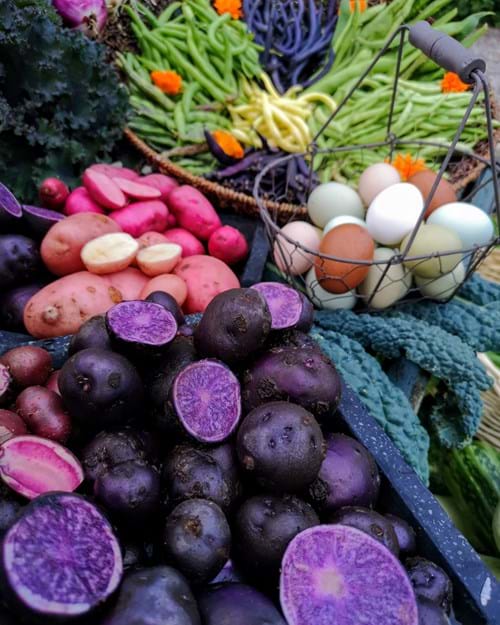 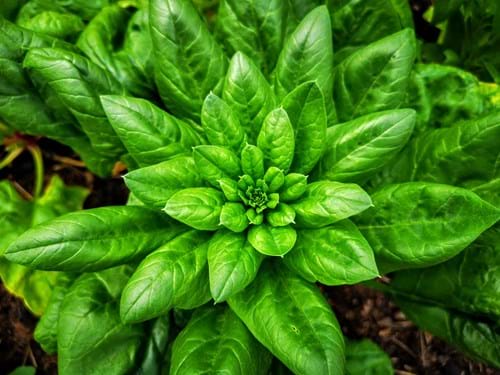