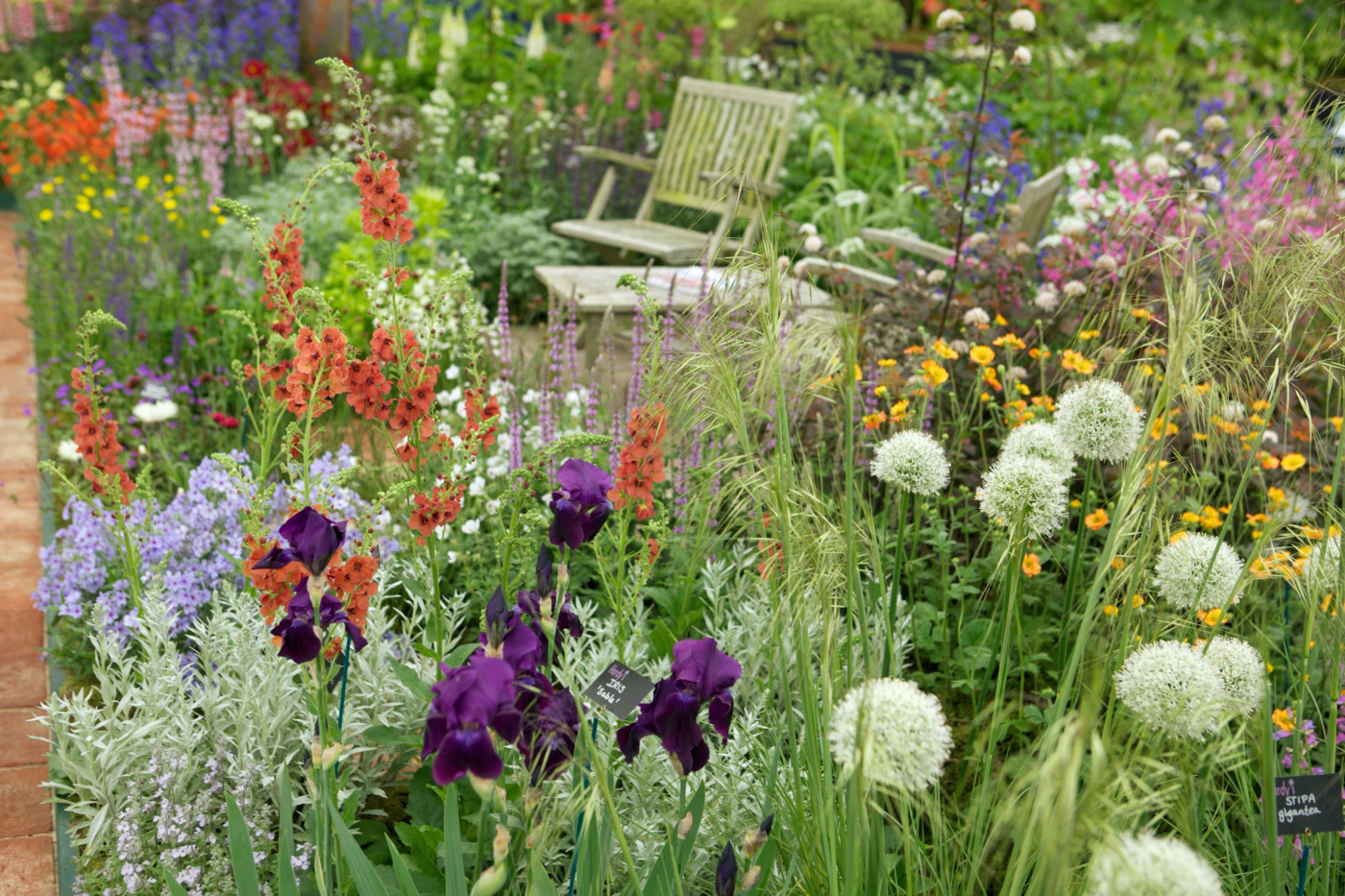 Perennials are much easier to manage than a lawn

You can plant an alternative to the lawn now

There are people who sow grass in the entire garden. The main purpose is to create a garden which is easily kept, but the grass is not that easy to manage. The grass is the one element that needs the most caring of all.

A lawn needs to be mowed a least 40 times during a season. In rainy summers the grass grows so much that you can’t keep up. Not only should it be mowed, but also fertilized, raked and cleaned up from moss and weed.

Of course, a lawn has its advantages and surely there should be one. It unifies the garden and works as a floor of the garden. But it is a mistake to think you have relieved the gardening by sowing grass.

The solution is not artificial grass, but merely substituting some of the grass with something that is easier and maybe prettier, when you are in your greenhouse enjoying the colours of the garden. The buzzword is perennials.

Perennials do not need to be mowed or fertilized, and the work of taking care of them is mostly moving them around and weeding in between them the first year, maybe two. If they need to be moved, it only happens once every few years. As long as perennials are fresh, green and in good growth, they are easy to transplant.

Designing a perennial bed is like designing a house. Besides the plants’ sizes and their individual placing, the colour scheme is important.

It can be tempting to buy variegated perennials in all kinds of colours, but it can get too messy. The perennial bed will look better if divided into rooms, just like a house.

You can easily put different kinds of perennials that bloom at different times in the same room but try to use the same colours in each room. It is important to know that yellow and green colours brighten up the garden, while blue and white colours tone down the garden, and pink or rose colours create a nice shift. With this knowledge, you can preferably place bright flowers in the darker areas of the garden, and the darker tones in the bright spots. 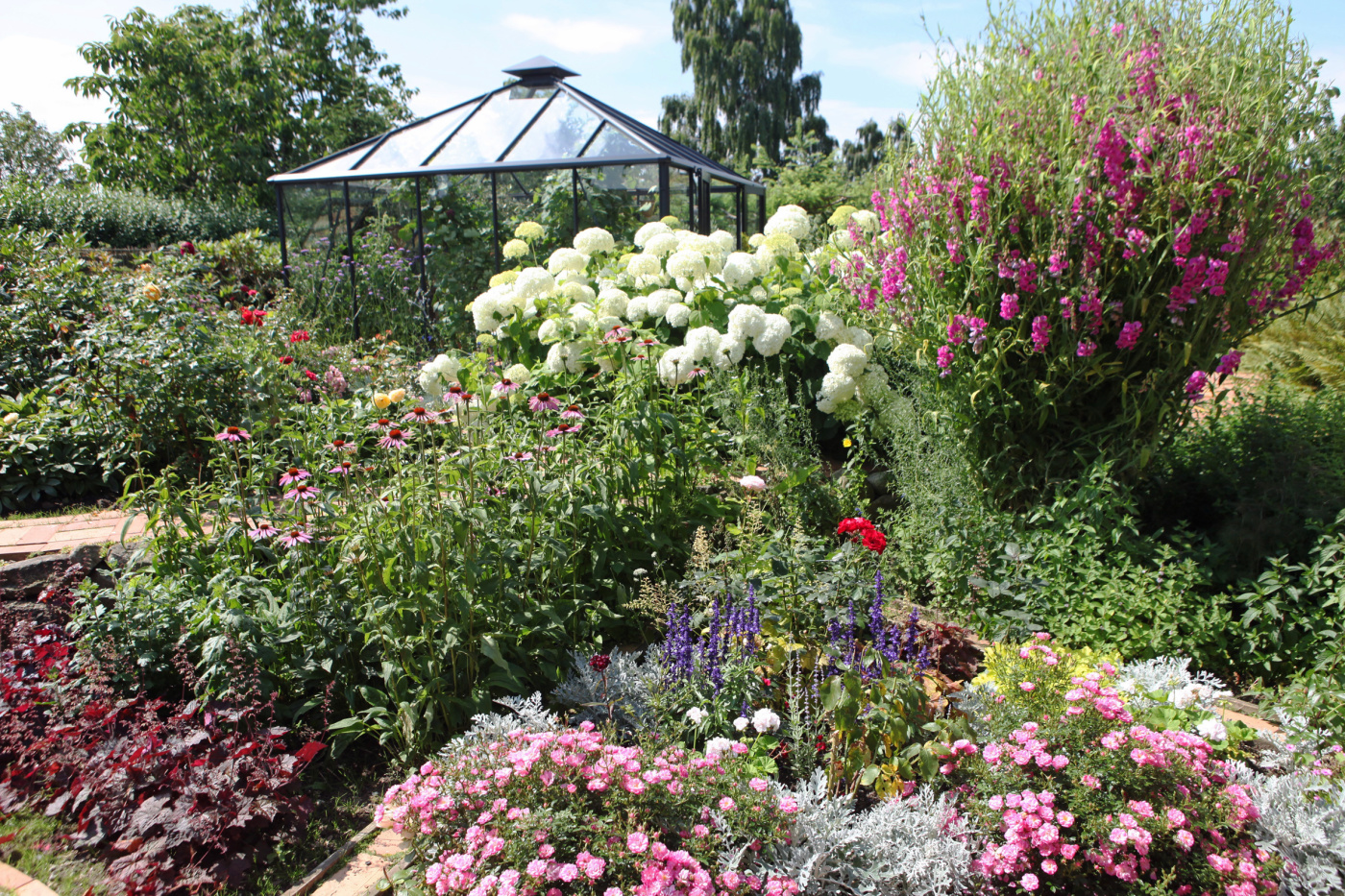 From the greenhouse, you can enjoy your perennial bed when it is cold outside.

The perennials’ placing has a bearing on their lasting. A shelter is a nice starting point and a hedge can help with that. But you still have to make sure the distance between the perennials and the hedge is large enough for the hedge not to provide shade for the perennials that want full sun.

Usually, you plant the tall perennials in the back, but it is not a law of nature.

If you want to be able to walk around the perennial bed, you should plant the tall ones in the middle and then plant smaller and smaller ones from there. You can also gather the tall perennials in the outer part of the bed.

The time of blooming is another factor that comes into play when choosing your perennials. If you are away for the entire summer, then looking for perennials that bloom in autumn is a good idea.

Annual summer flowers are also beautiful in a perennial bed. A small tree, a rhubarb, different grass or herbs can also be beautiful.

Also, bulbous perennial plants like allium and lilies can be used in the perennial bed. So can early-blooming bulbous plants like tulips, hyacinths and daffodils.

Remember that small evergreen bushes like common box and cypress can revitalize the bed during the winter.

Before choosing your perennials, have a look in your neighbour’s garden. A perennial that thrives in a sandy soil might not tolerate a clayey soil, but generally, perennials thrive in loam. 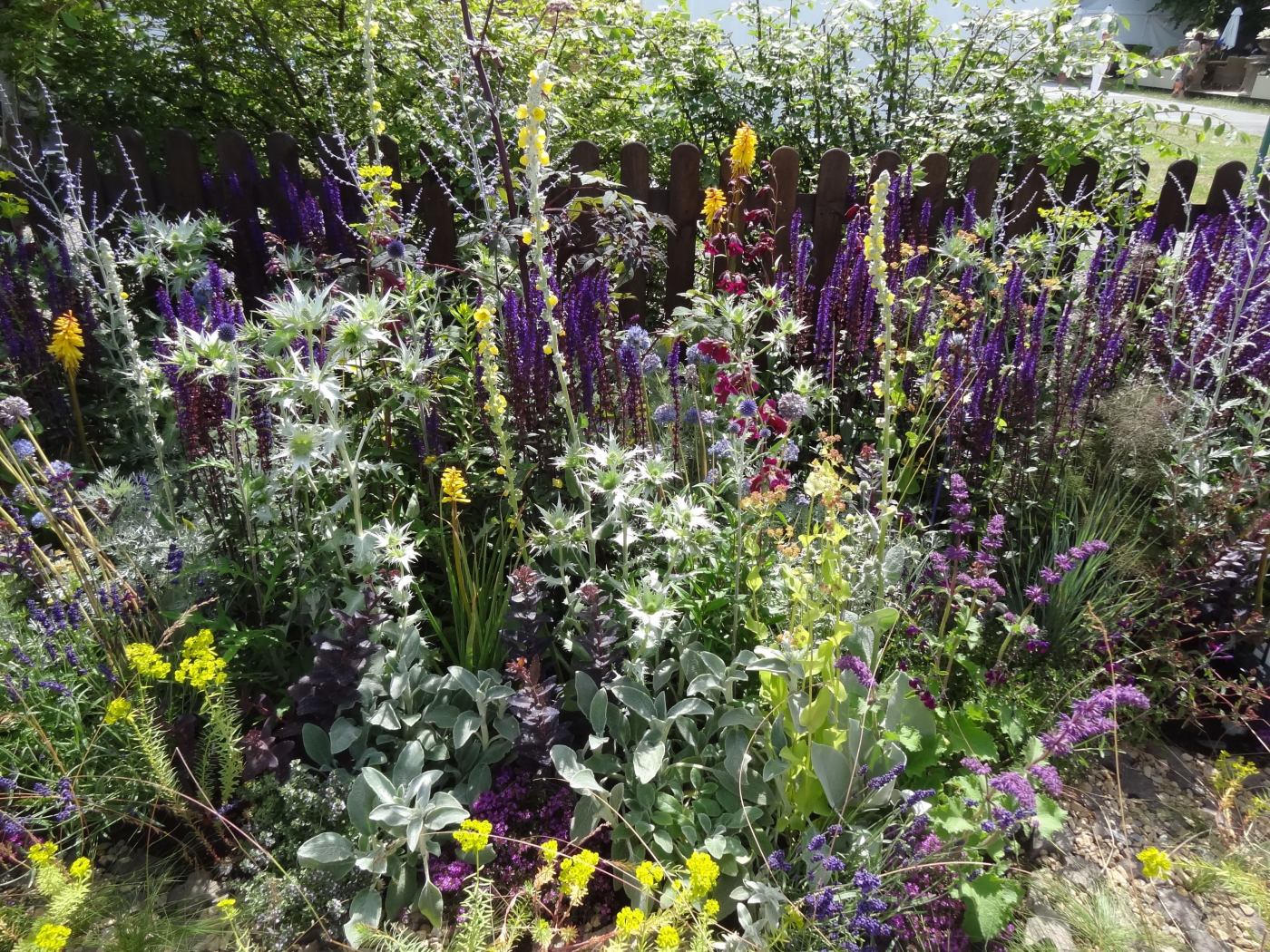 Green grass is beautiful, but you also need colours.

A perennial bed needs minimal caring. It is easy to establish. The soil should be free of weed, so plant densely to avoid weeding. You should weed a bit the first couple of years, use a circle hoe to weed between perennials.

Perennials only need fertilizer a couple of times a year. The first time fertilizing should be in spring and the second time should be during the summer.

If the growth gets too intense, you can split a perennial. You just dig it up when it has deflowered and then split it with either your fingers or a spade. If you don’t have room for the other half, you can use it as a present for others.

During the summer you should snip off the corollas so new ones will sprout. When winter comes don’t prune the perennials. Give them compost and prune in spring, that will protect the plants. 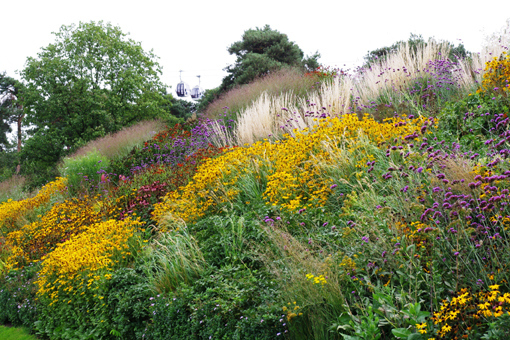 A slope is ideal for perennials.

Tips for the perennial bed.