City soil is highly polluted. We grow in plastic tubs and line raised beds with foil, but is it harmful? Many garden owners ask this question and many debates are filled with feelings but very few facts. We will take a look at the researches that exists. 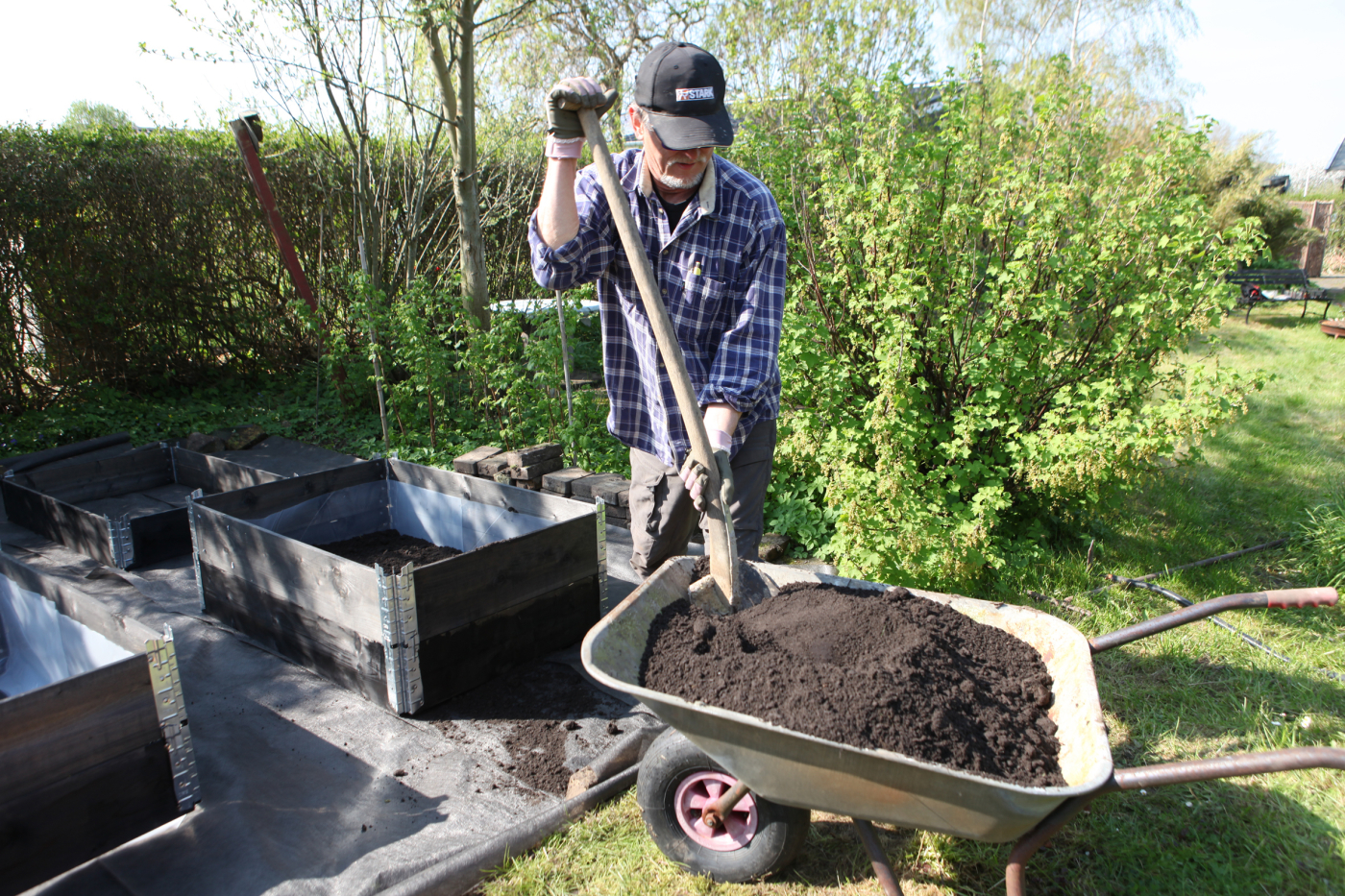 It is lined with plastic, but is that allowed? It’s on purpose that the raised beds are turned that way, there will be added a top part later.

Raised beds in pallet frames are very popular. The only problem is that the pallets are made of pinewood, which is not sustainable. At one point boulder was used for the frames of raised beds. Railway sleepers were also used at one point, but they were filled with tar so that was a bad idea. Earlier pressure impregnated wood contained toxins which would pollute the soil.

So, what now? Can the raised bed be lined with plastic and is pressure impregnated wood still unfit for raised beds?

I have conferred with a Danish environmental consultant from the Plastic Industry, Jacob Clement. He supports using plastic and he has a clear answer. It is safe to line your raised beds with plastic, though he adds that if something editable is in contact with the plastic, you should rinse it before eating. If you take a critical point of view, you would expect the answer to be positive, but on the other hand, the Plastic Industry has a product responsibility and has no interest in making people sick, so there must be some truth to it. Jacob Clement does not have any factual documentation of the plastic not being harmful.

Maybe you should choose a bathtub

I know that to soften PVC you use different chemicals and if children suck on certain types of plastic it may affect their health. The plastic used for foods must be approved for the purpose. The question is if chemicals from the plastic not approved for foods seep into the soil and are absorbed by the plants. Exactly like pressure impregnated wood.

It is known that tar from the old railway sleepers seeped into the ground and the same with chemicals from pressure impregnated wood. It made the soil toxic and for kids especially, who play and sometimes eat soil, that can be dangerous. We also know that pollution from cars hits the ground and, in some cities, makes the soil toxic. That is why polluted soil is dangerous when getting it in the mouth and that happens to many children. But the plants don’t eat soil, so are the toxins absorbed in the plants, without the plants getting sick and dying, and are humans in danger when eating the plants? There is strangely very little research about this topic.

The only research I could find is from Copenhagen University published in 2013. Two students made a thesis about the risk assessment of heavy metals and bitumens/tar in city gardens. The students found high concentrations of lead in soil which was located close to busy roads. They compared carrots, potatoes and cabbage grown in respectively polluted soil and unpolluted soil and found no significant difference in the content of heavy metals when the vegetables were rinsed. Nor were there any significant difference in the content of cadmium, chromium, nickel, copper or zinc.

This does not mean you shouldn’t change the soil in the raised beds if placed near a busy road. It is always a good idea to change the soil now and then, for the main reason of not getting polluted soil in your mouth. This is also one of the reasons why you should always rinse the crops before eating them. 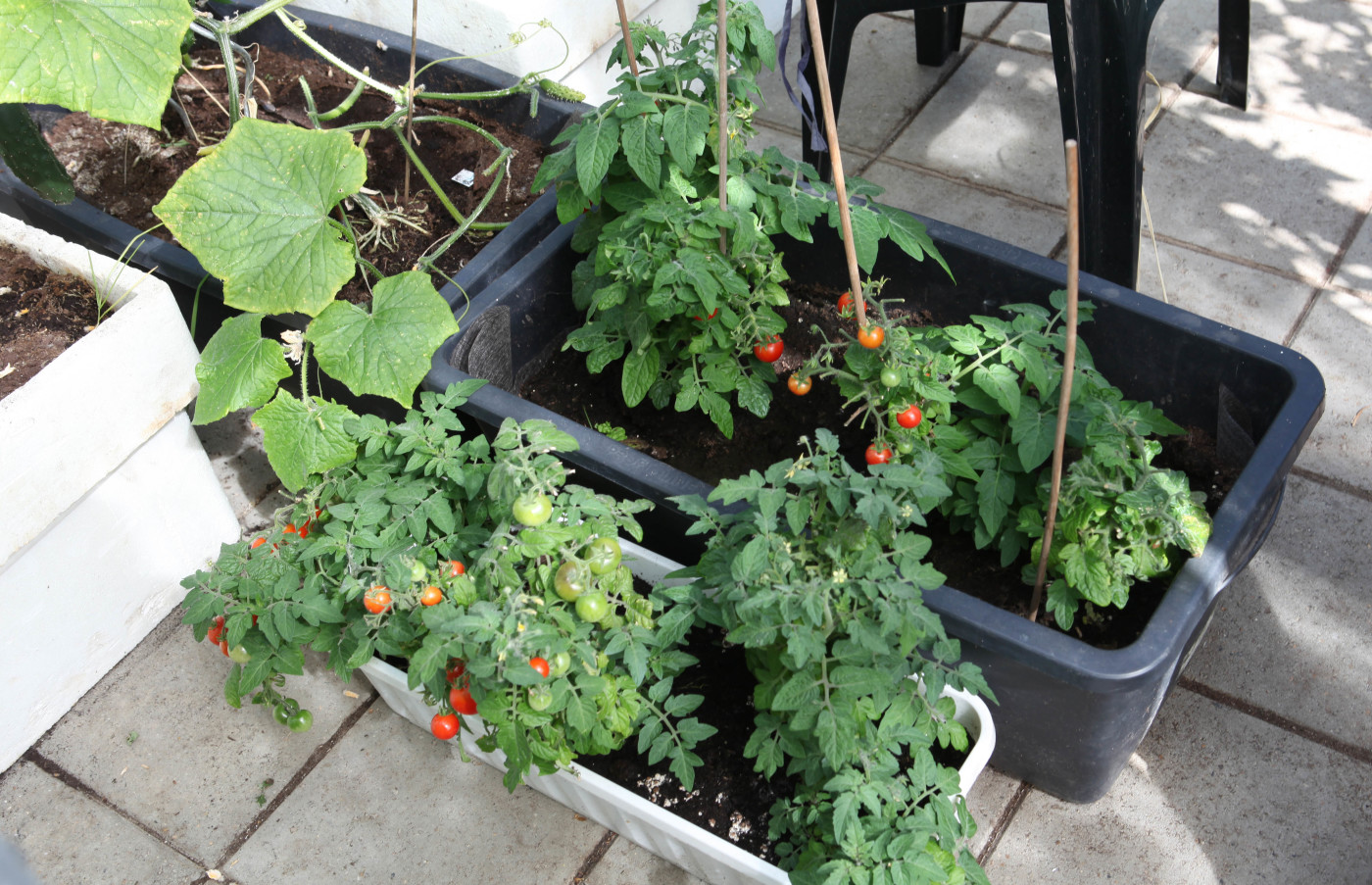 We use tubs and buckets

The Federal Environmental Agency must have some research in this area. The Danish FEA tried to find some research of this matter, but there is no concrete research which shows that it is dangerous for the health to line raised beds with plastic or to grow in plastic tubs and buckets like many do. According to the FEA, there is no risk of any kind of leakage and there is no presumption of it being dangerous to line with foil. Notice the difference between there being a risk and it being dangerous. 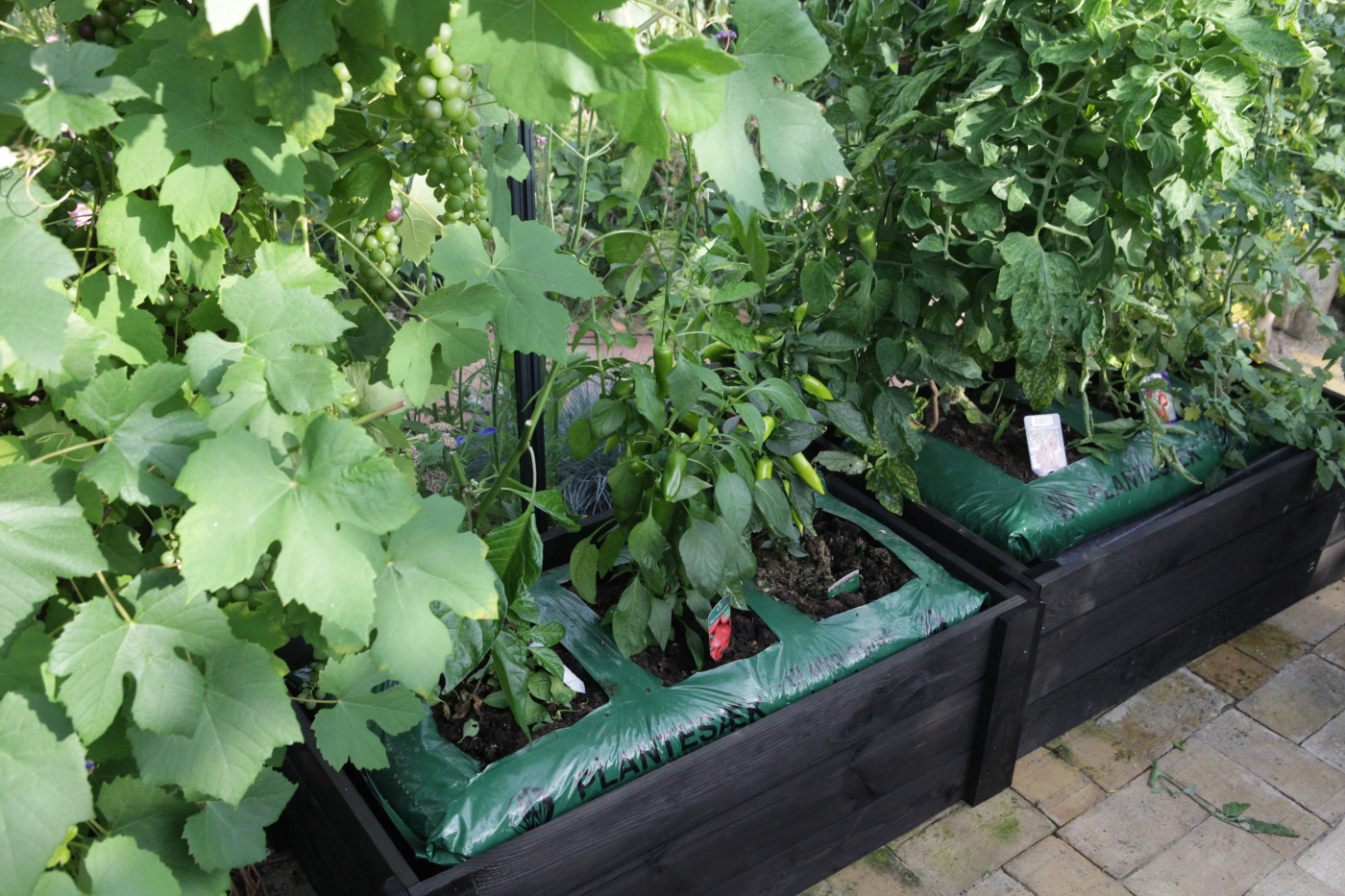 It’s you who decide

Naturally, you need to draw your own conclusion based on what the Plastic Industry and the Federal Environmental Agency found. I myself conclude that lining raised beds pose no threat. The plastic industry and FEA conclude that it’s almost impossible for any matter to leak from EU products and the students from Copenhagen University conclude that polluted city soil has no effect on what the plants absorb. In any case, polluted or not, plastic or not, always rinse your crops before putting them in your mouth.