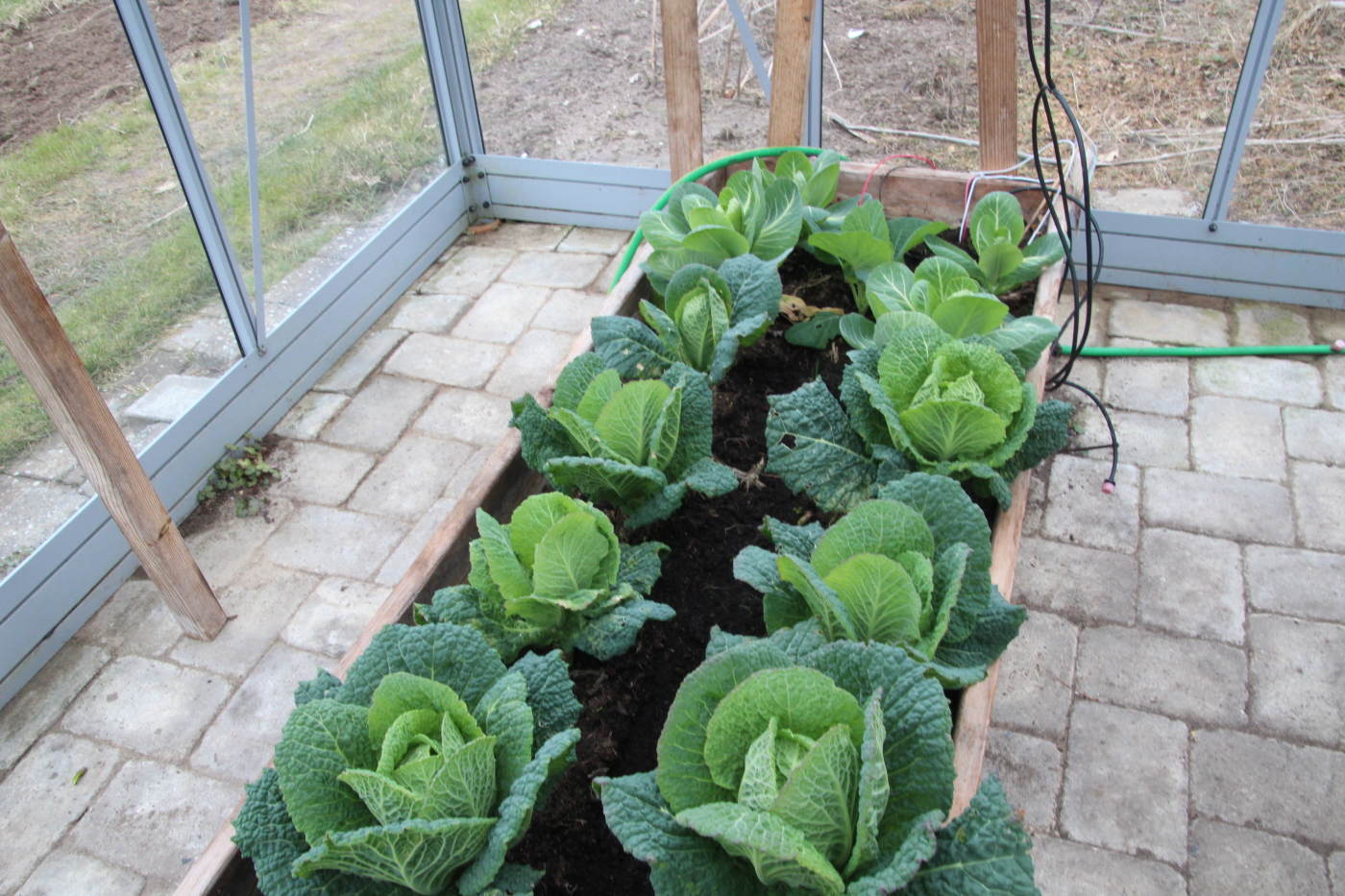 According to Bent, lettuce, cabbage and peas are best for winter cultivation, as most other vegetables - e.g. onions and carrots will bloom due to the cold.

If you want a year-round supply of home gown vegetables make sure you make room for winter cabbages in your vegetable beds. These hardy crops will stand up to the worst of the winter weather and will keep you supplied with leafy greens when there’s little else to pick from the garden.

Winter cabbages do need a long growing season and should be sown in late spring/early summer into pots or seed trays. They’ll germinate quickly and don’t need any extra heat. They can then be planted out into the ground.

The key to successful cabbage growing is to protect them over summer from a range of pests that like to feed on these plants. The caterpillars of cabbage white butterflies can decimate a crop, so cover plants with enviromesh or horticultural fleece. Cabbage root fly can also be a problem, so make – cut out 15cm squares from thick cardboard – or buy collars which can be placed around the base of the plant.

Kale, a relative of the cabbage, is also very hardy and because you pick individual leaves rather than harvesting a whole cabbage, it’s perfect for small households where a large cabbage might be too much. There are also several kale varieties/cultivars which are very attractive, adding an ornamental touch to the vegetable garden during the bleakest months of the year. Look out for ‘Russian Red’ and ‘Redbor’.