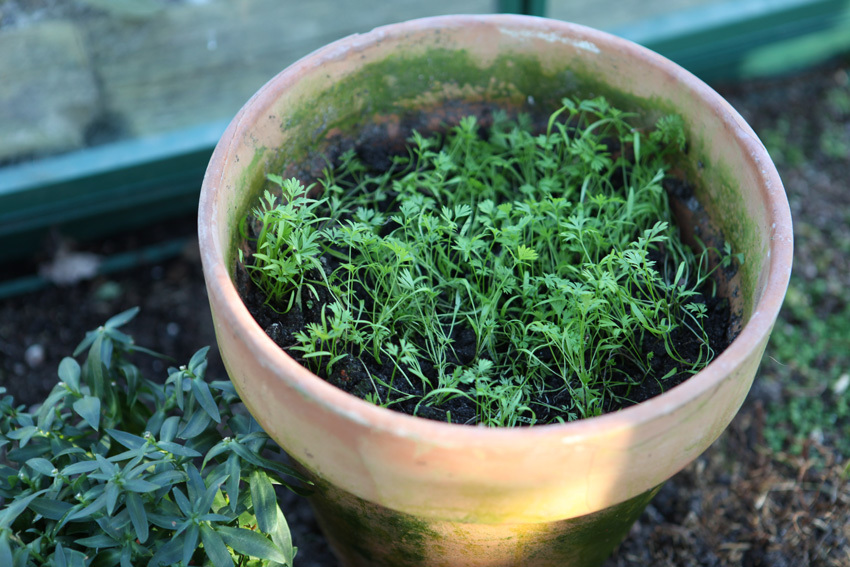 Yes, that's how it can go. It should have been summer flowers, but I got carrots instead and I’m keeping them.

Something went wrong when I was sowing summer flowers in a germination box, in late January. When the seeds came, they looked nothing like what I had expected. The sprouts developed slowly and in February I could see they were carrots.

They had been sown and were sprouting, so what do you? I thought they would die if I kept them inside, so I put them in the greenhouse. So now they are here. So far, they have chosen not to grow, but wait for it to get a little warmer at night. They are light green and look healthy. I could give them some supplemental heat, but I have chosen not to. Partly I think it is gluttony and partly they should be allowed to care for themselves. When the night frost I hard, I cover them with bubble wrap.

I remembered a piece of advice from the former Danish horticultural consultant Erik Kiel. He said that carrots are usually sown outside in early April. The problem of slow germination is that the weed sprout too fast, and quite quickly the weeds will take over.

Usually, you do not germinate carrot seeds, but Erik’s tip is just about germinating. Pour the seeds into a cup or plate and cover with water. Leave the seeds overnight and then pour off the water, for example by using a coffee filter. The filter should then be placed on an oasis block in a bowl of water from where the block can soak and stay moist. The seeds are then moist, but not too much, so they can still get oxygen. Put the whole thing in the fridge. After approximately 14 days the seeds will split, and you can see small sprouts. The seeds are then ready to go outside.

To make the sowing easy, you can follow another of Erik Kiel's good advice. You mix a litre of water and four to five tablespoons of potato flour. Boil the water and sprinkle in the potato flour. Stir vigorously. When the mix is ready, let it cool. The carrot seeds should now be mixed into the mass. Make sure it does not exceed 35 degrees. Pour the mass in a plastic bag. Cut a corner of the bag and then squeeze the mass into the sowing rows. The rows should be approximately 1.2 inches deep. After ten days you can see the tops of the small, which is faster than the weeds. It will be much easier to distinguish the plants from weeds.

On the other hand, the first potatoes are on their way without extra heat. 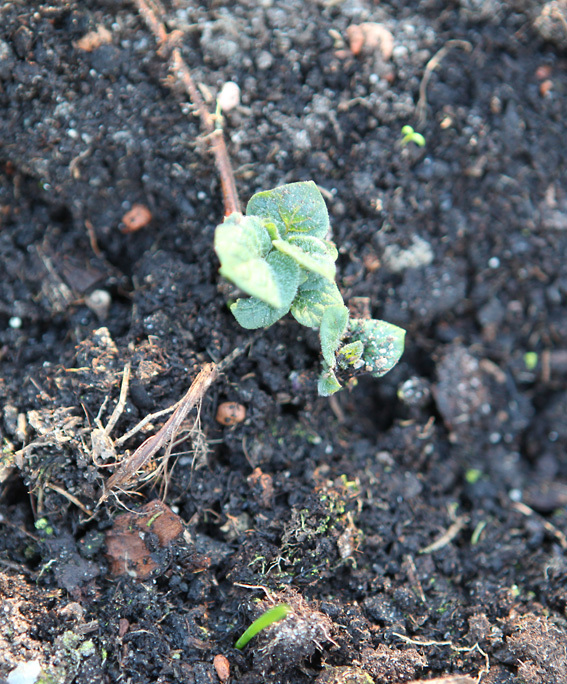