Perennials are on the hitlist again. It is not so odd. You get much joy from a perennial bed and it is much easier to keep than a lawn, so maybe you should dig up some of your lawn. 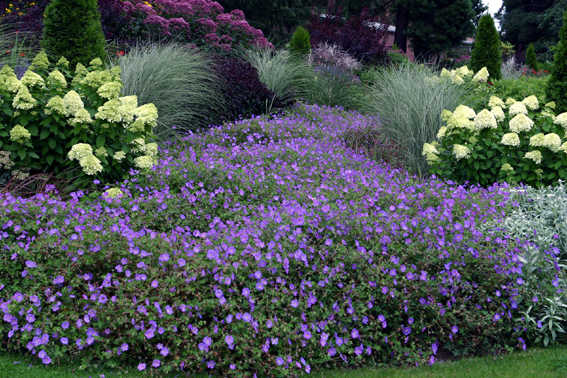 The blue stream is made of perennials.

Perennials are fabulous hardworking plants that no garden should be without. Most are easy to grow, require little maintenance and if you choose the right ones, you’ll have month after month of colour.

Herbaceous perennials die back in winter before re-emerging in spring when they put on a surge of growth. Some will flower in spring, some in summer and others, known as late season perennials, come into their own in late summer, providing colour as the garden fades into autumn.

Some perennials, such as heuchera and tellima, are evergreen and provide attractive mounds of foliage throughout winter. 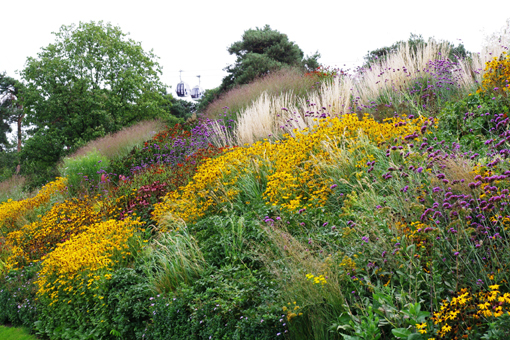 An otherwise boring slope can actually look this beautiful.

In recent years the biggest garden trend has been to combine perennials with ornamental grasses – a design style known as the New Perennial Movement made popular by the Dutch designer Piet Oudolf, which takes its inspiration from the prairies and meadows of North America and has a naturalistic feel. Many of these perennials have fabulous seed heads and structure as the flowers fade, and if they’re left to stand over winter they provide interest, particularly on frosty days when the intricate structures glisten with ice crystals. 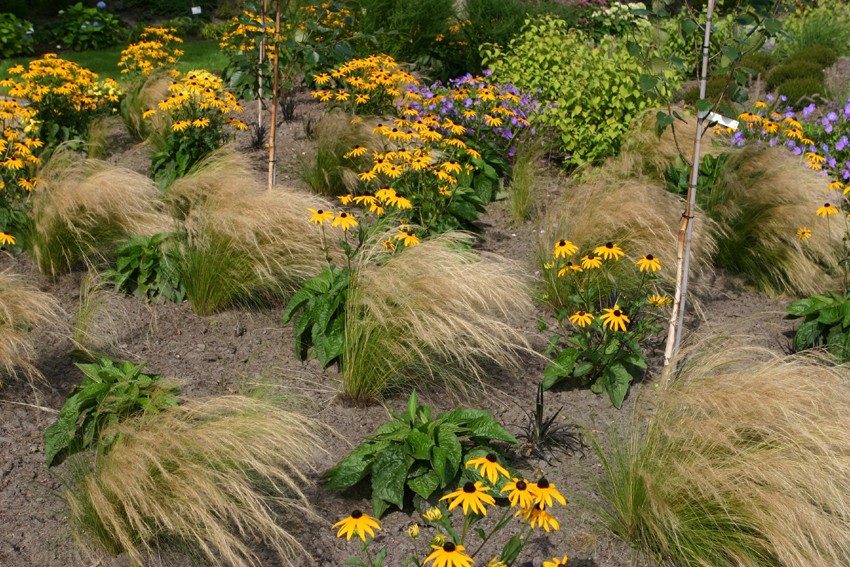 Perennials can be planted from early spring to late autumn and most should be divided every 3–4 years to control their spread and to reinvigorate the plants.

For those that have attractive seed heads such as sedums, rudbeckia and heleniums, leave tidying them up until late winter, but perennials that look worse for wear by the end of autumn can be cut back to ground level.