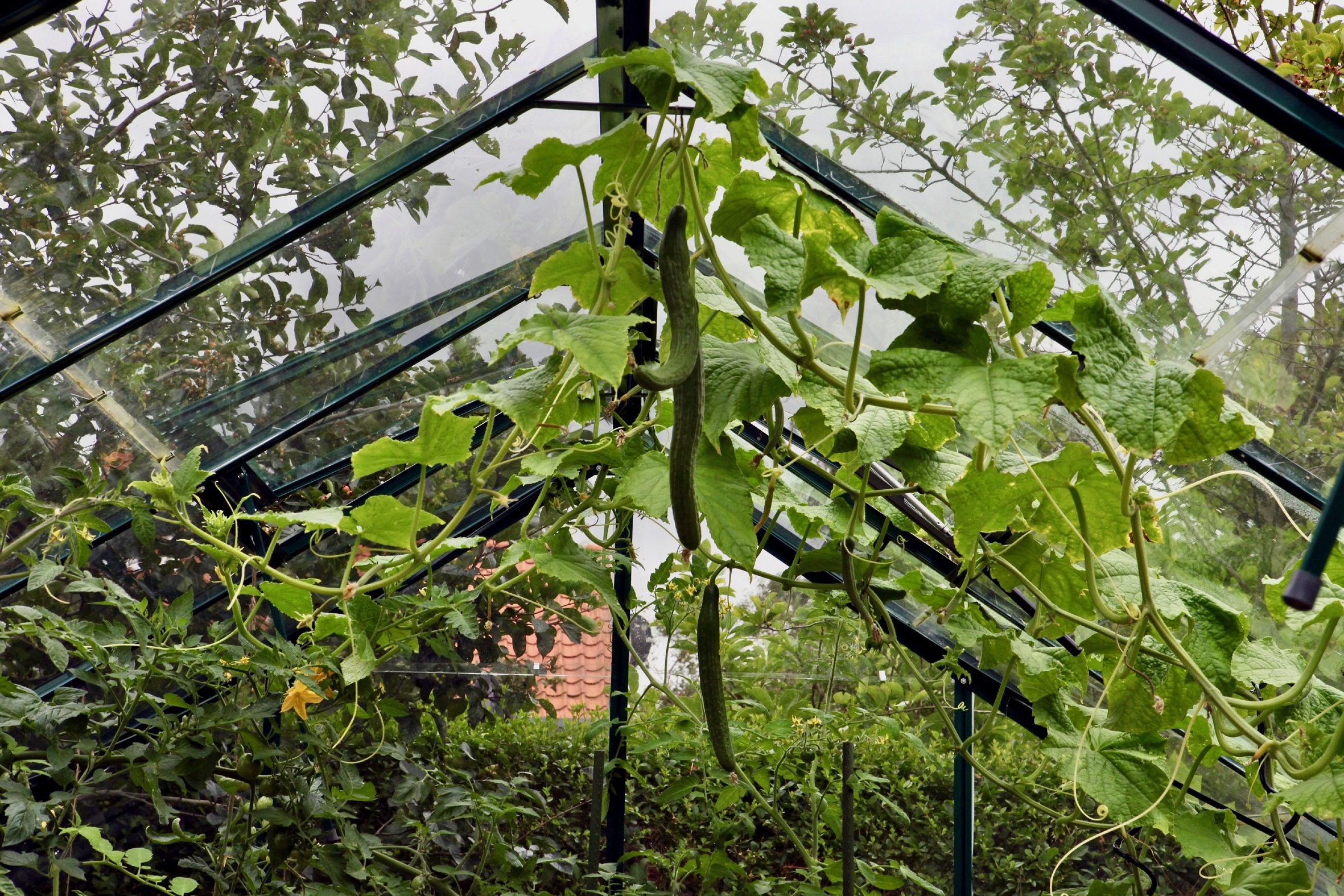 The cucumber is a creeper that likes to spread across the entire greenhouse. 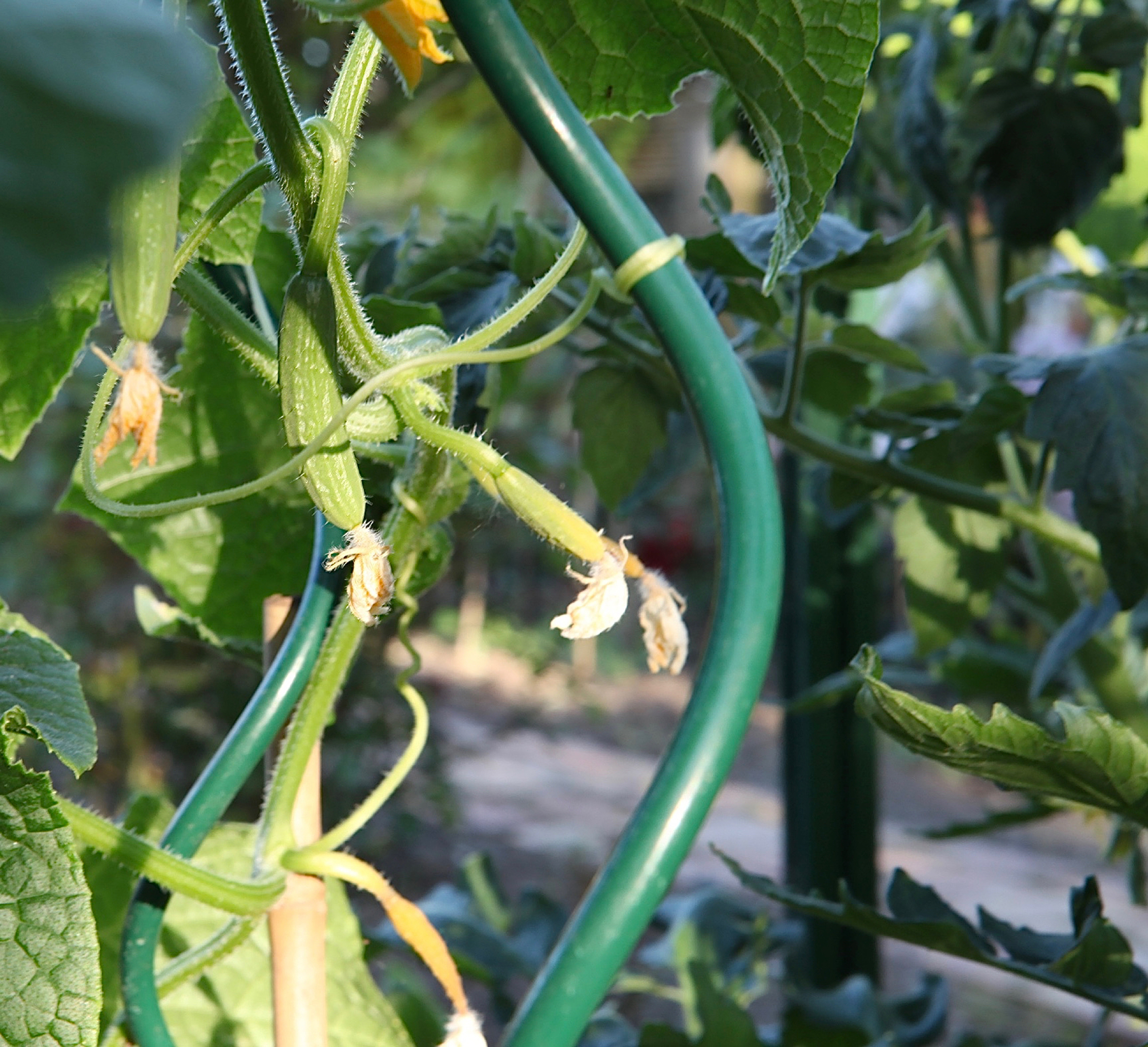 Cucumbers can wither if the root system has not developed properly. 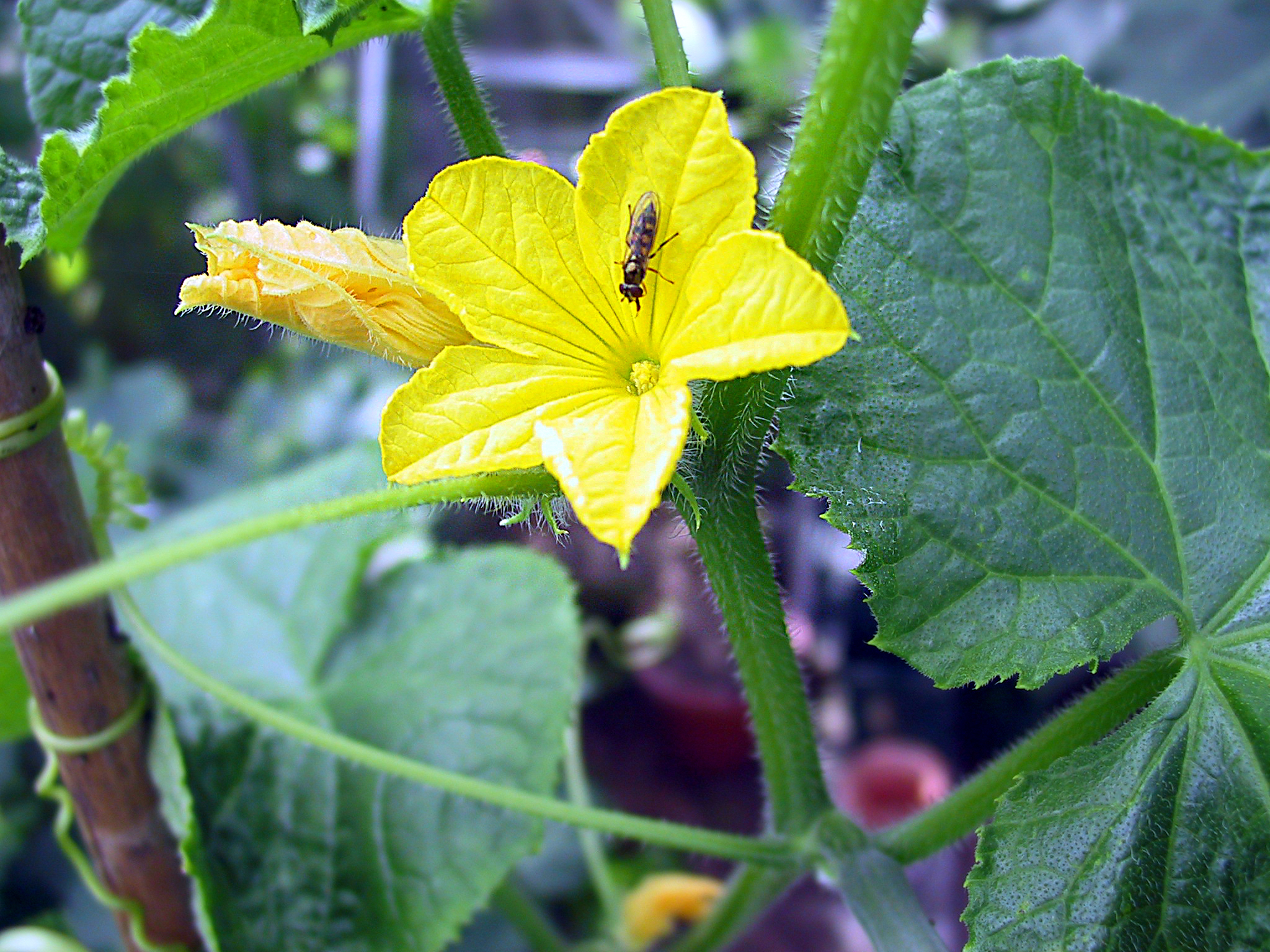 The small cucumbers are in full bloom.

It is always difficult to wait, and many also transplant their cucumbers far too early. At first, things are going well, but later drawbacks occur, and they are rarely associated with premature transplanting, although this is the case.

I know it's too late to write now, but maybe use it as learning for next year. Cucumbers should only be transplanted when the soil temperature is at least 18 degrees, preferably 20, and this is typically the case in late May, early June. If you put out a cucumber too early, you will sometime in July, when everything is forgotten, ask why the plant suddenly loses so many small cucumbers.

The predominant explanation is that the root system simply came to a standstill when the cucumber was transplanted in the cold soil, and it can take a long time before the roots recover from the cold shock. Some roots even die, and since transplanting always equals damaging some roots, worst case the few that are left will, when it gets hot, be attacked from a disease called Verticillium alboatrum. The disease prevents water transport, and then the plant dies completely. If the leaves have gone limp, there is no correspondence between the roots and the leaves.

Transplanting is, on the whole, a critical stage. If there is a lot of sun, the leaves easily go limp. Therefore, it may be a good idea to shield from the sun and or spray the leaves with water. Waterlogging can also cause the leaves to go limp. If the soil is moist and the leaves are limp, they should have shade and no more water. Also, remember pruning, and if you have problems with the plant losing the small cucumbers, then snip the cucumbers on the stem and check if you are thorough enough with pruning. Another theory that does not preclude the first on why the small cucumbers fall off is that cucumbers have undergone a major improvement. We have improved cucumbers, so the prickles are no longer there, also the bitterness, the warped shape and all the male flowers have been improved. The fact is that if you buy old sorts, they are more stable in terms of keeping the offspring. However, one must be aware that if the plant develops male flowers, then they must be snipped off before they pollinate the female flowers. Otherwise, the cucumbers will be thick with many seeds. Male flowers are recognized by not having ovules, but just one flower.

Of course, your cucumbers grow as they should, and if this is the first time you grow cucumbers, you may be in doubt about how they should be pruned. The cucumber is a creeper, and it can take up a lot of space in your greenhouse if allowed. Therefore, it is good to tame it.

Here's how you prune

If you remove the first cucumber that grows on the stem, then the plant will make side shoots. The side shoots with leaves extend from the stem all the way up the length of the stem. Imagine each side shoot sitting on one floor so the bottom one is on the first floor, then shoots will come out from the second floor, and so on.

The first floor, i.e., the first side shoot: Here you cut away what grows further after the first leaf.

Further up on the second floor: Here you cut away what grows further after the second leaf.

From the third floor onwards, cut after the third leaf.

Where you have cut the side shoots, after a few weeks, two new side shoots will form that also set leaves. Here you cut after the first leaf.

If you do not snip off the cucumbers that are on the stem, no side shoots will form. Then you get a cucumber on each floor instead. Here it can be a good idea to snip the cucumber after the third floor. 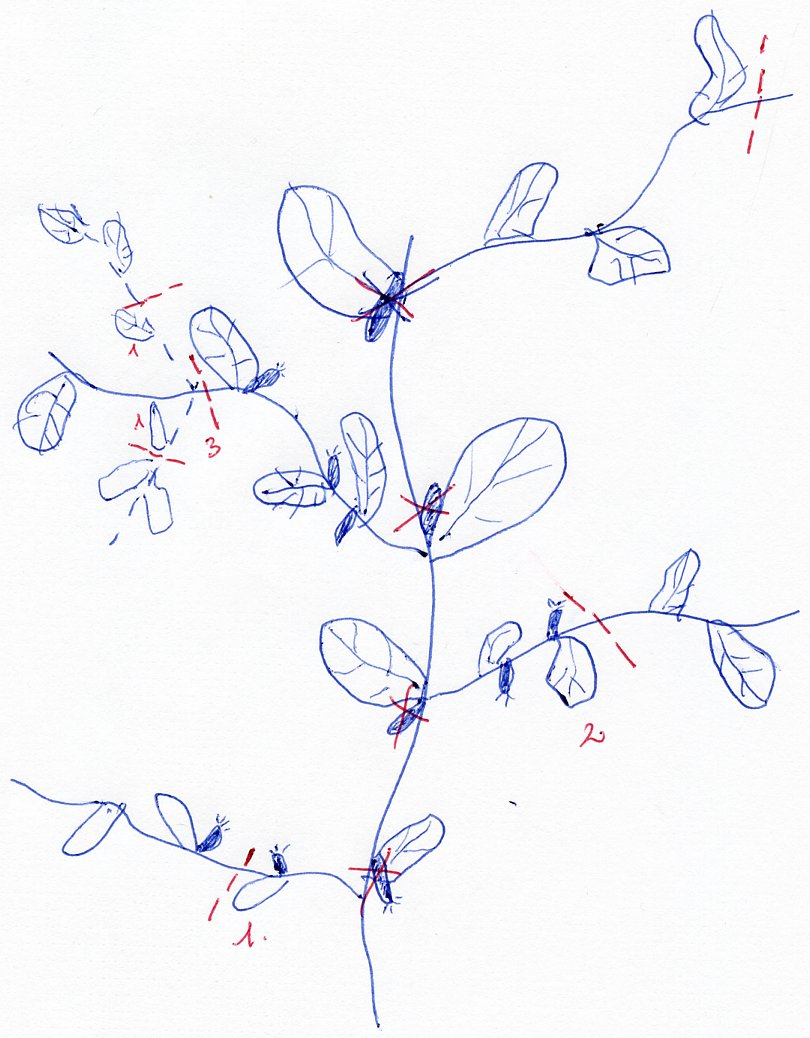