To nip or not to nip 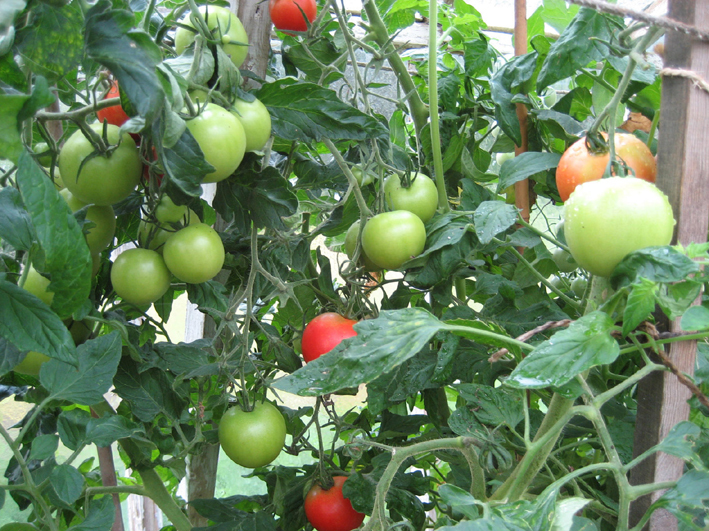 What is crucial when nipping the side shoots on a tomato plant is to know which sort it is, not just the size of the fruit.

There are thousands of tomato sorts and they all have in common that they need to be nursed differently. They all need water, sun and fertilizer, but if you want healthy plants that gives a good yield you need to prune them differently.

Tomatoes have various shoots. We all know about the common greenhouse tomato, the beefsteak tomato and all the small ones with different names like cherry tomatoes, plum tomatoes and cocktail tomatoes. In the last-mentioned group, the little ones, there is often much doubt as to how to prune them. The retailer says one thing and then when you get home the manufacturer has written something else.

The nice advice: trust what the manufacturer says but be flexible.

The different information might be because the bush tomatoes can be nursed differently, but as a general rule, you should just prune them a little or not at all. There are also small tomatoes that are not bush tomatoes and that’s what creates the confusion. 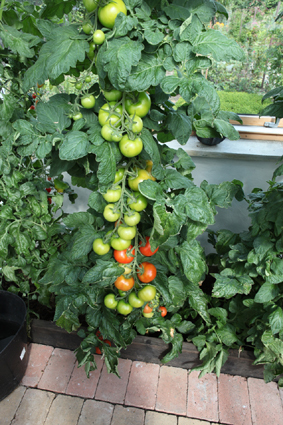 Here is a common one that wants to grow to the sky and that we will let him.

The tomatoes we typically grow in the greenhouse and which have standard size fruits grow upwards as high as they are allowed. Tomatoes are perennials that get up to 65 feet, but in the north European climate, they often die from frost and diseases. The growth can be stopped by nipping the top off. You should typically do that in August. It takes approximately 60 days for the fruit to ripe. If you let the tomato keep blooming, then you will end up with a lot of green tomatoes. You can of course preserve them. 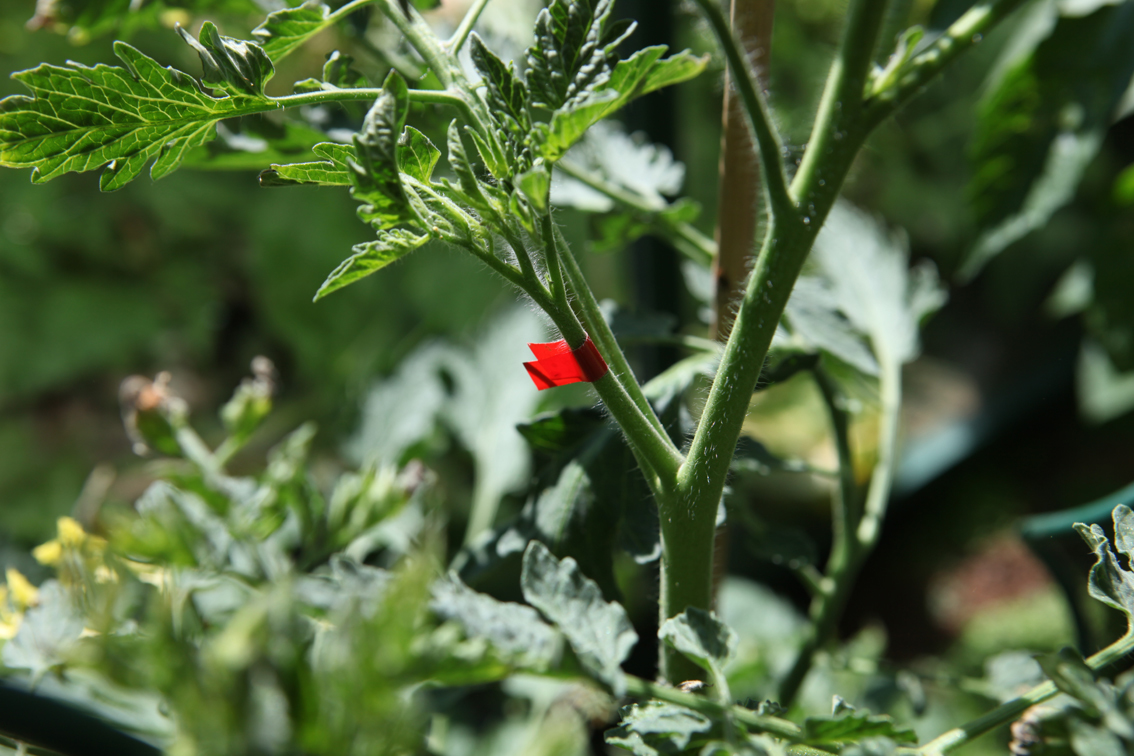 The last shoot should be pruned, it is so big that you should use a utility knife to get a clean cut.

You are forced to nip the indeterminate sorts, otherwise, they will grow wild in the greenhouse if all the shoots can grow into the corners. From the side shoot the plant grows new shoots if they are allowed. Some even grow new shoots from the leaves or the fruit. If you don’t prune indeterminate tomatoes the air circulation in the greenhouse gets so bad that diseases will thrive.

On the other side don’t panic if you don’t get to nip the side shoots. It won’t matter if one or two grow out, just nip the new side shoots then. You damage the plant the least when the side shoots can be nipped off. If they are too thick you should use a utility knife.

Plants you need to nip:

Indeterminate sorts are the most common tomatoes many grow in their greenhouse, including the small ones.

Beefsteak tomatoes is an indeterminate sort, but they are slight. You should let the side shoots grow to create a thick stem.

The small ones you don’t have the heart to nip

The sorts get approximately 8-31 inches tall and wide. Their special characteristic is that they stop growing when they have grown out three clusters. You need to nip the side shoots, or you won’t get many tomatoes. 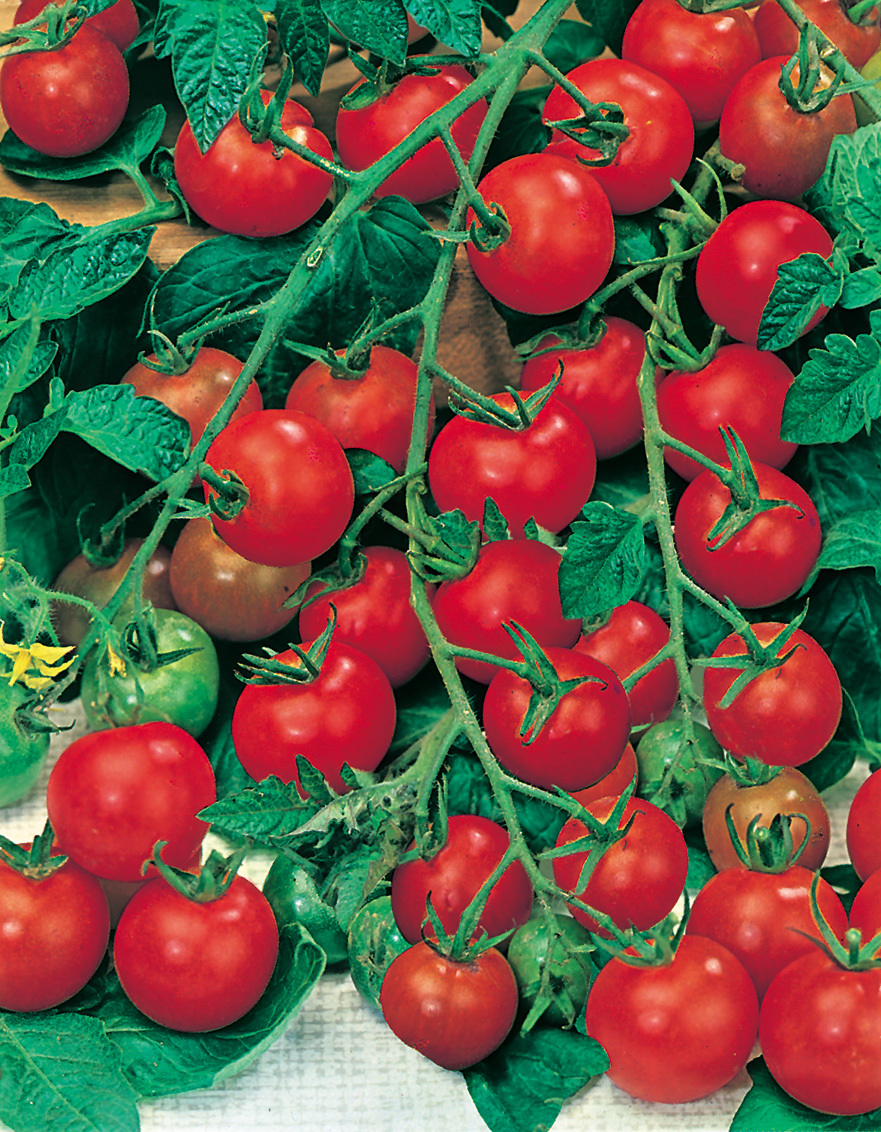 Semi determinate tomatoes stop their growing when they have five clusters. They are typically 3.3 feet tall and wide. Some bush tomatoes are from this sort. You don’t need to nip them, but you can do a little if they grow too large.

Rule of thumb: If your tomato keeps growing in height you need to prune it.