We often fertilize too much in hot periods

Now all is growing in the greenhouse and this means you should look out for diseases, but also the heat. Especially if you grow in pots or capillary boxes. 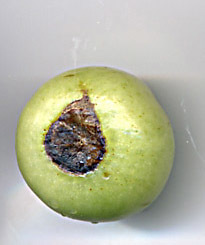 Blossom end rot appears as brown spots at the top of the tomato, usually only when red.

Blossom end rot can appear when the tomatoes have been fertilized too much. This might be why people who use capillary boxes get tomatoes with brown rotten spots at the top. The solution is to fertilize with half the dose or to skip fertilizing in periods with strong heat. Here are some tips to other things you might experience in your greenhouse at this time of the year.

Air out to prevent fungi

Airing out reduces problems with heat and fungi. It is important to air out the greenhouse especially during the shift from May to June.

Essentially, automatic window openers help. Airing out reduces the risk of most fungi diseases like potato blight and botrytis bunch rot. You need to remove the leaves that are attached with fungus as fungi diseases are very infectious.

Mildew thrives in dry periods. The spores will seek the leaves containing a lot of water, typically cucumbers are easily attached by mildew. When the disease has shown it’s difficult to get rid of, but skimmed milk has shown an effect and others have used sodium benzoate successfully.

Spider mites are pure devils. If your plants get infested with spider mites, you can use mesostigmatas to fight them. Insecticidal soap kills the mites but not their eggs. To kill the eggs, you need a lot of soap. 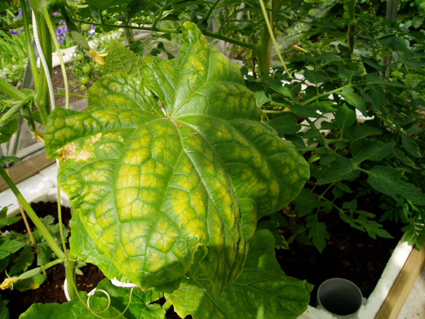 Spider mites are showing, so it’s time for the soap or mesostigmatas to fight back.

Pale leave edges are a sign of water shortage.

Tomatoes split when the difference in temperatures outside and inside is too large. Cherry tomatoes and beefsteak tomatoes often split. Yellow shoulder tomatoes, that is tomatoes which ripe but stays yellow or green at the top, appear when the tomatoes get too much direct sun. The cells near the core get ruined and can’t ripe. 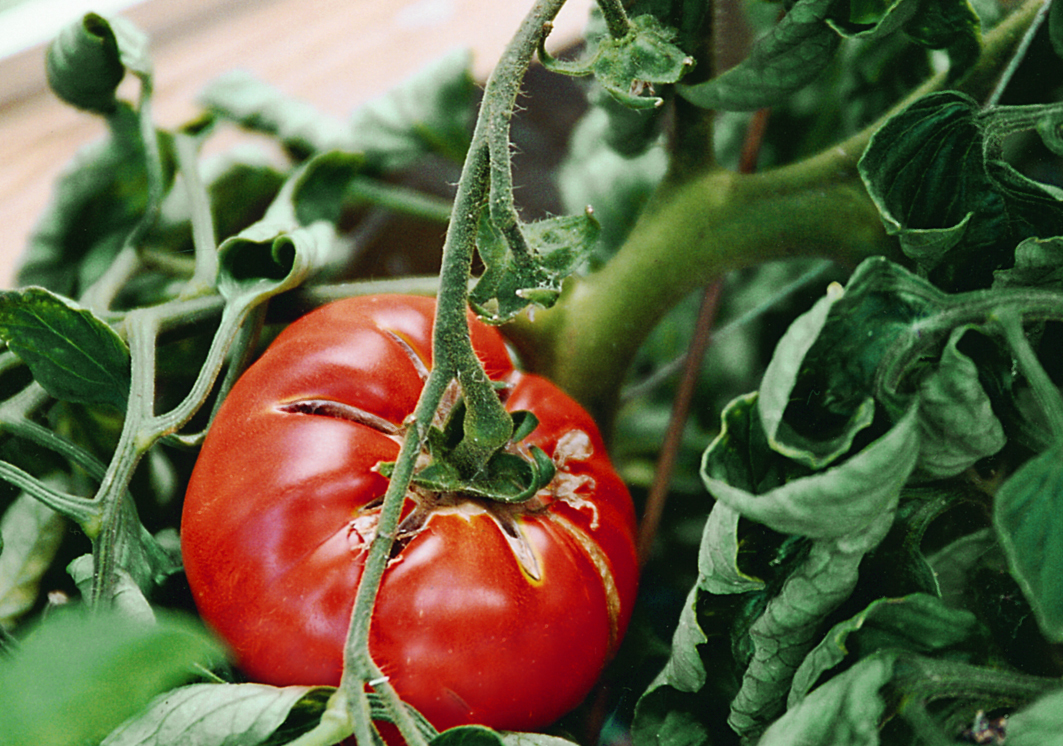 Large beefsteak tomatoes often split, but the small ones do too.

Holes in fruit or leaves are typically caused by snails. Make some humid hiding places for the snails to hide, so you can pick them up or use Ferramol, but make sure the Ferramol does not get wet, it won’t work then.