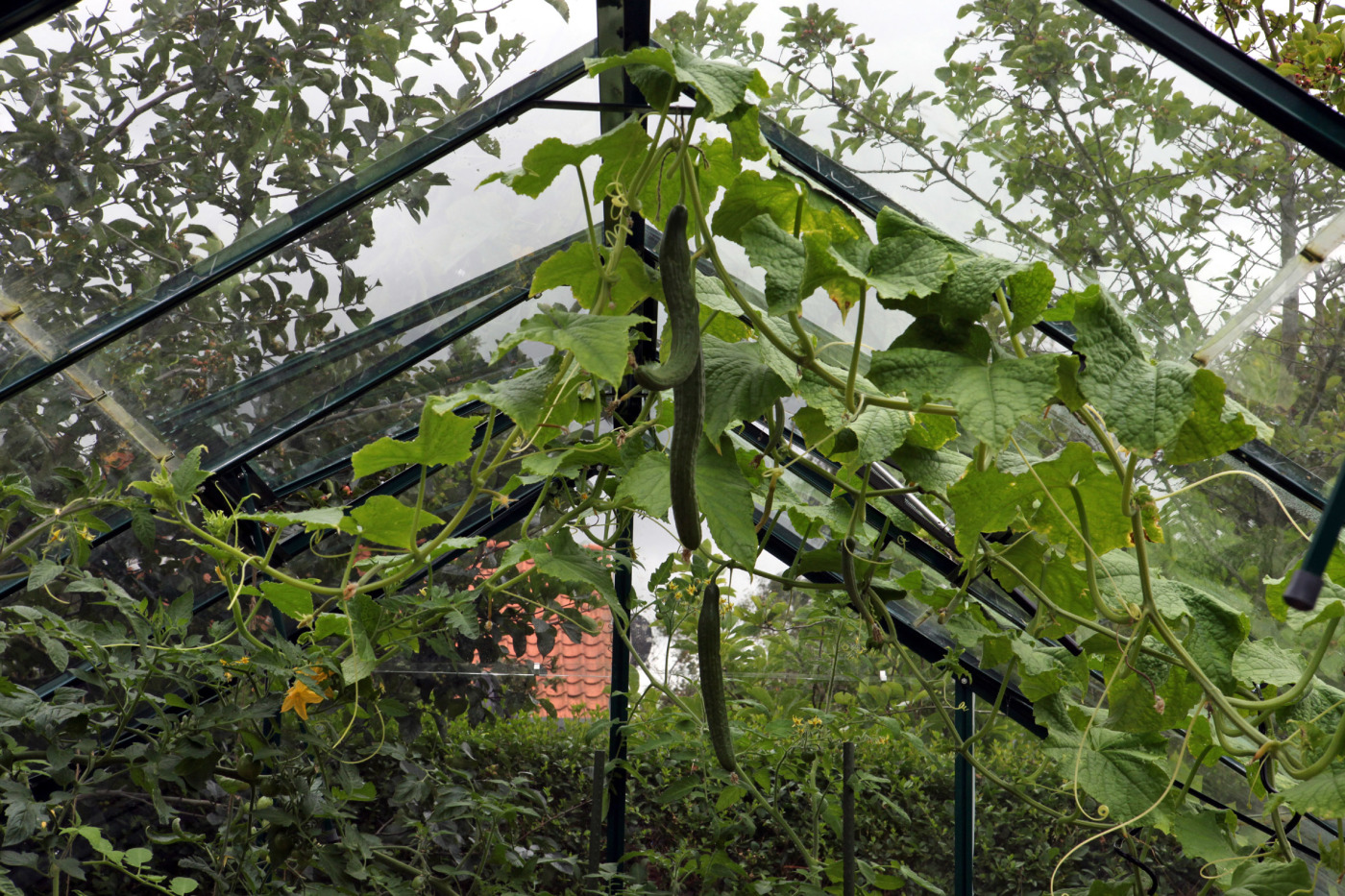 They have grown the entire summer. The later you planted them the better healthier they will be. Many diseases stem from planting too early.

The cucumbers are getting tired

August is right around the corner and many of the greenhouse plants have fallen sick naturally. It is a sign of ageing, the older you get the more exposed to diseases you get. Often it is fungi diseases that act up, so it is important to air out. In my greenhouse, all windows and doors are open all through July and August. The house is hot enough as it is. And yes, they are also open at night.

Variegated leaves on cucumbers are typical at this time of the year. Often it is caused by spider mites which can only be seen when using a magnifying glass. There are many household remedies for spider mites and among the better ones is to grow tansies in the greenhouse or plant beans close to the cucumbers. The spider mites prefer beans rather than cucumbers. There is also the advice to put a toilet paper roll with adhesive glue on the stem. The glue will trap the mites on their way up the stem. The trick requires that the plant has not yet been attacked by the spider mites. Spider mites attach all plants, but they mostly affect the cucumbers. The complexity lies in the fact that they thrive in dry surroundings. For that reason, many irrigate the leaves of the cucumbers.

On the other hand, irrigating the leaves is a breeding ground for fungi diseases, especially cucumber powdery mildew. In the beginning, the disease reminds of spider mites where yellow spots are showing, but later the spots will merge and turn brown. In the end, the leaf will die. If a leaf is affected by a disease it can’t be saved. You can take precautionary measures by airing out and keeping your plants with some space in between, so the air can run through them. Always remove sick leaves.

Against spider mites, there is generally speaking not much else to do than having predatory mites fight them. Usually, the plant does not suffer heavy damage until the end of the season, but naturally, it weakens the plant when the spider mites suck the sap.

Have your cucumbers looked sad for a while?

Have your cucumbers looked sad for a while and then died? Then they might have been attached by Verticillium dahlia. This disease persists in the soil for years, so it is especially important that you do crop rotation before planting next year. When the disease is there you can’t get rid of it, not even by irrigating. Verticillium dahlia attacks the roots and damages the water carriage. Another disease that attacks the same way is the fungus Fusarium.

Mildew shows as a white coat on the leaves, typically in the end of the harvest. The plant is damaged by the fungus. Airing out and space in between is the response to fungi diseases.

Cucumbers can get diseases from pruning. The fungus attacks the plant through the wound. Red root rot is shown as rot by the root collar and is prevented by not planting too early and by avoiding irrigation by the root collar. Then there is, of course, grey mould which shows by grey spots of mould by the wounds. Grey mould is not seen that often. 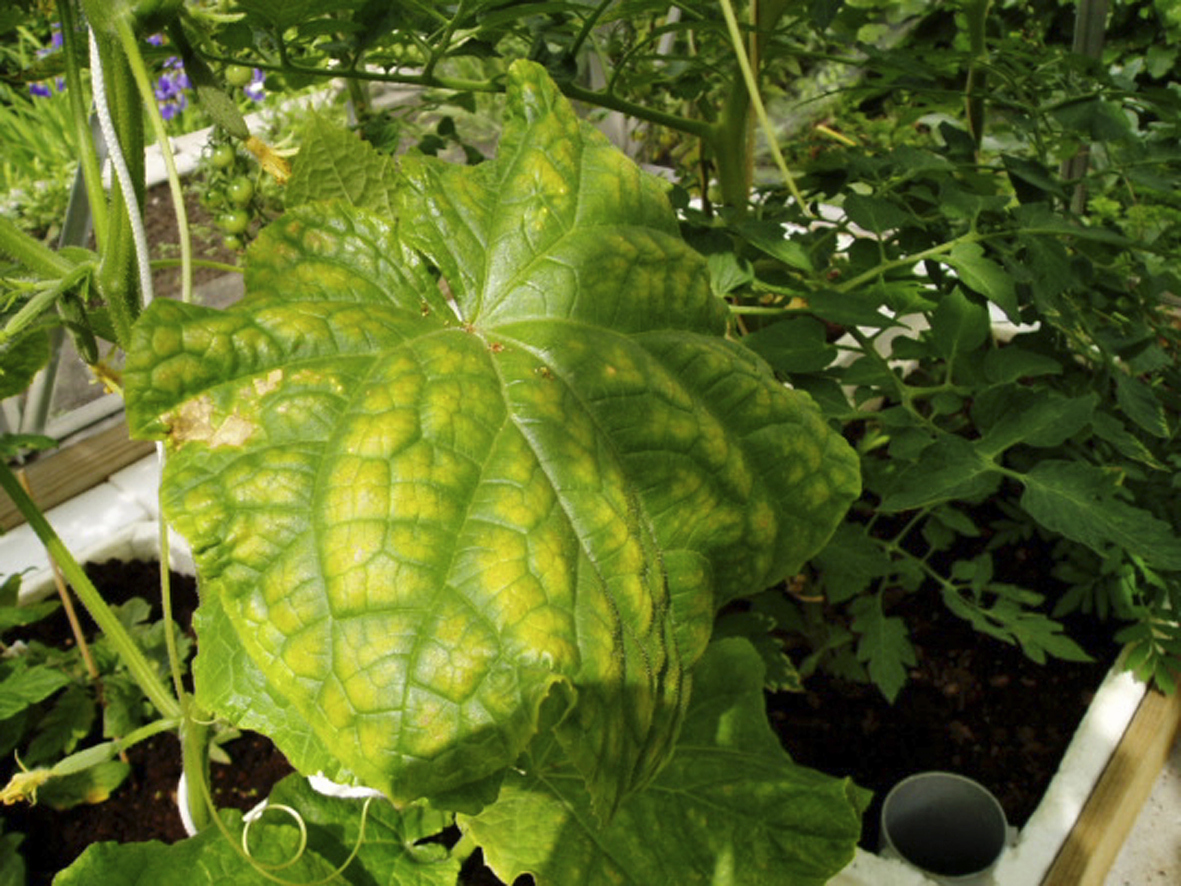 It is a well-known sight in the mid/end of the season.