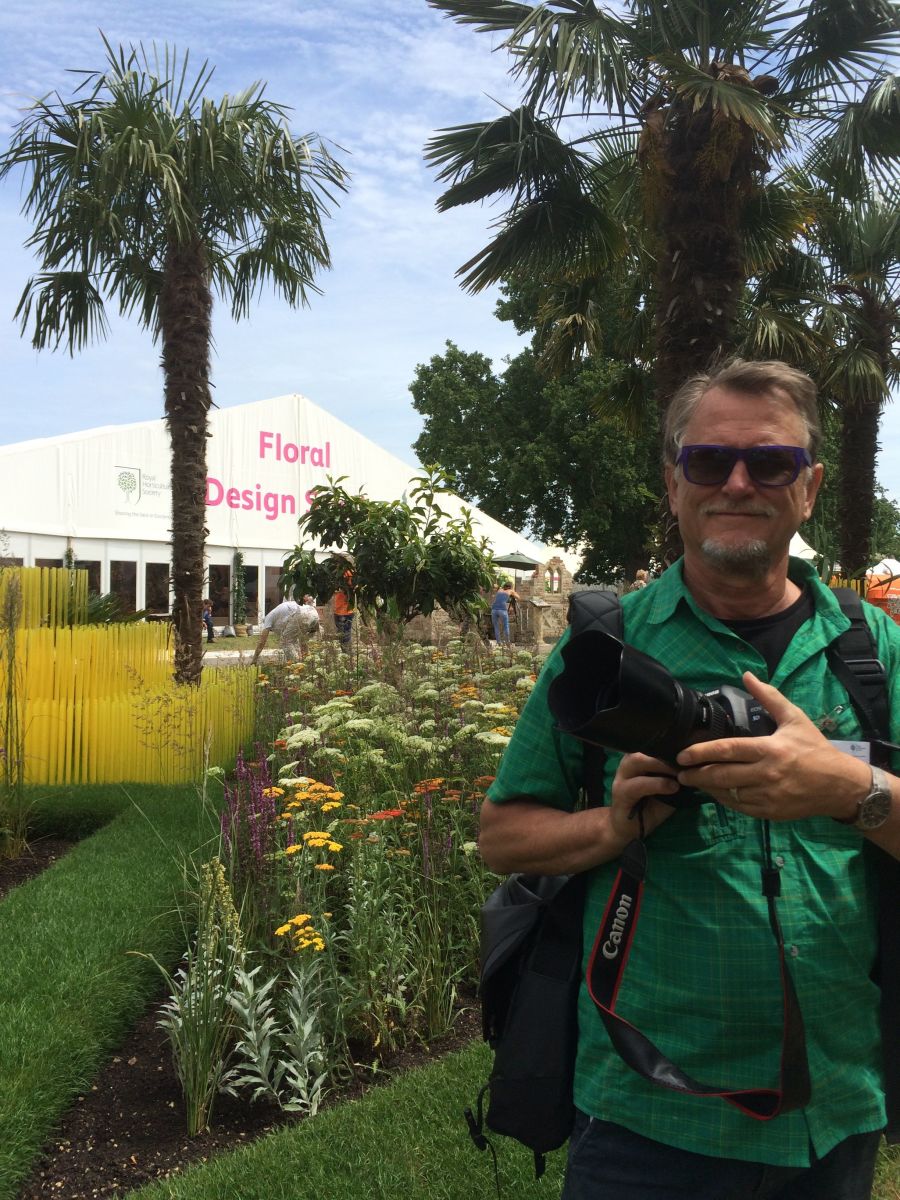 Always on the dot for The Greenhouse Forum

This summer I have spent a lot of my holiday in England. England is known for its romantic gardens and I have visited about 10 of those. It doesn’t sound like a lot, but a garden walk in an English garden can easily take 6-8 hours.

During spring I will write about some of the best tips from the English gardens. Tips that might inspire you to use your fall decorating a new flowerbed or a corner in the garden. For now, you need to settle for a few moments focussing on greenhouse interior designs. One of my visits was at the famous horticulture fair Hampton Court Flower Show. There I tried to collect tips for the greenhouse garden.

Decorations in front of the greenhouse 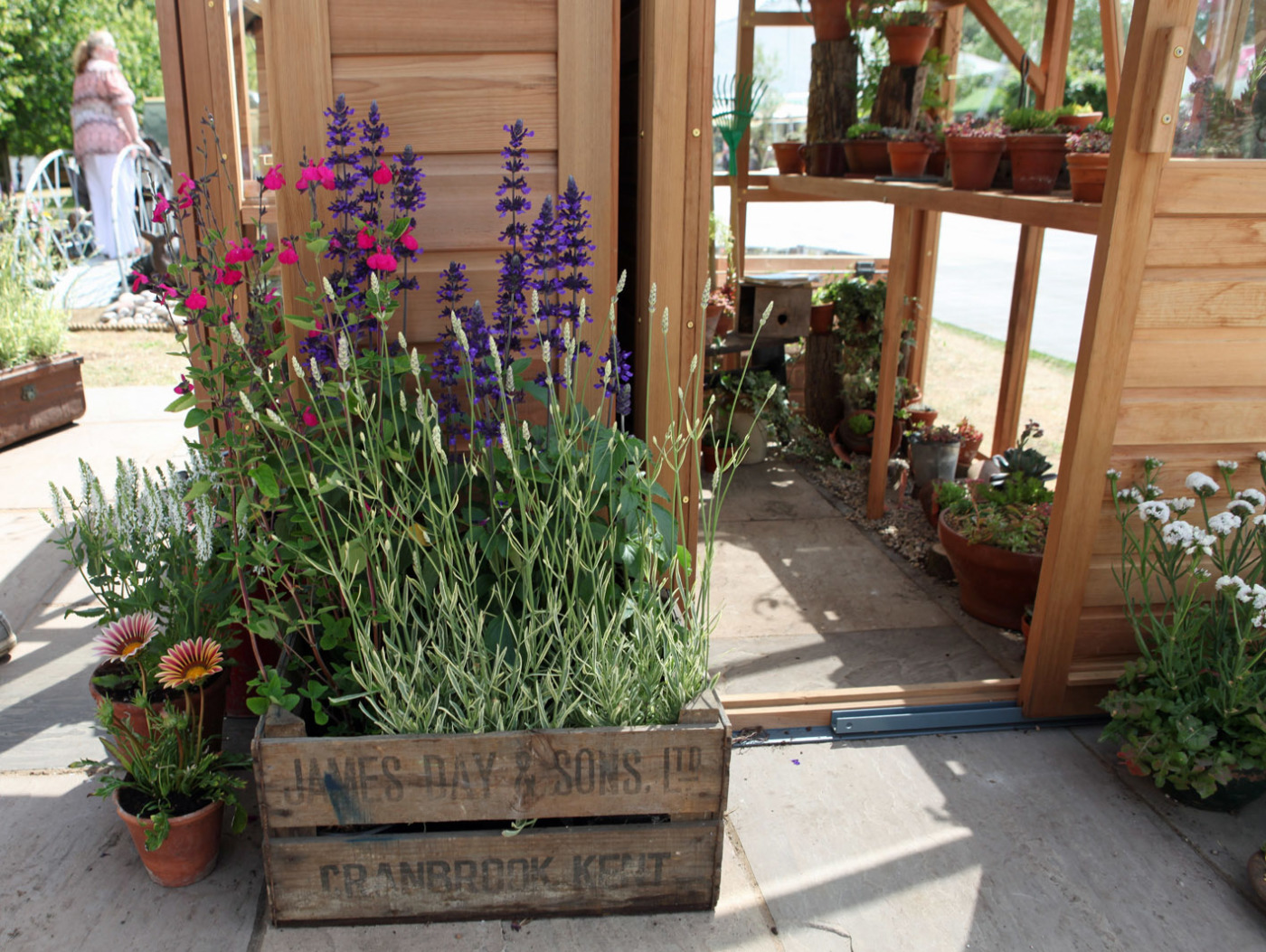 The arrangements in the greenhouse also depend on the surroundings. A box of perennials by the greenhouse is just as important as a pot of flowers by the main entrance of the house. 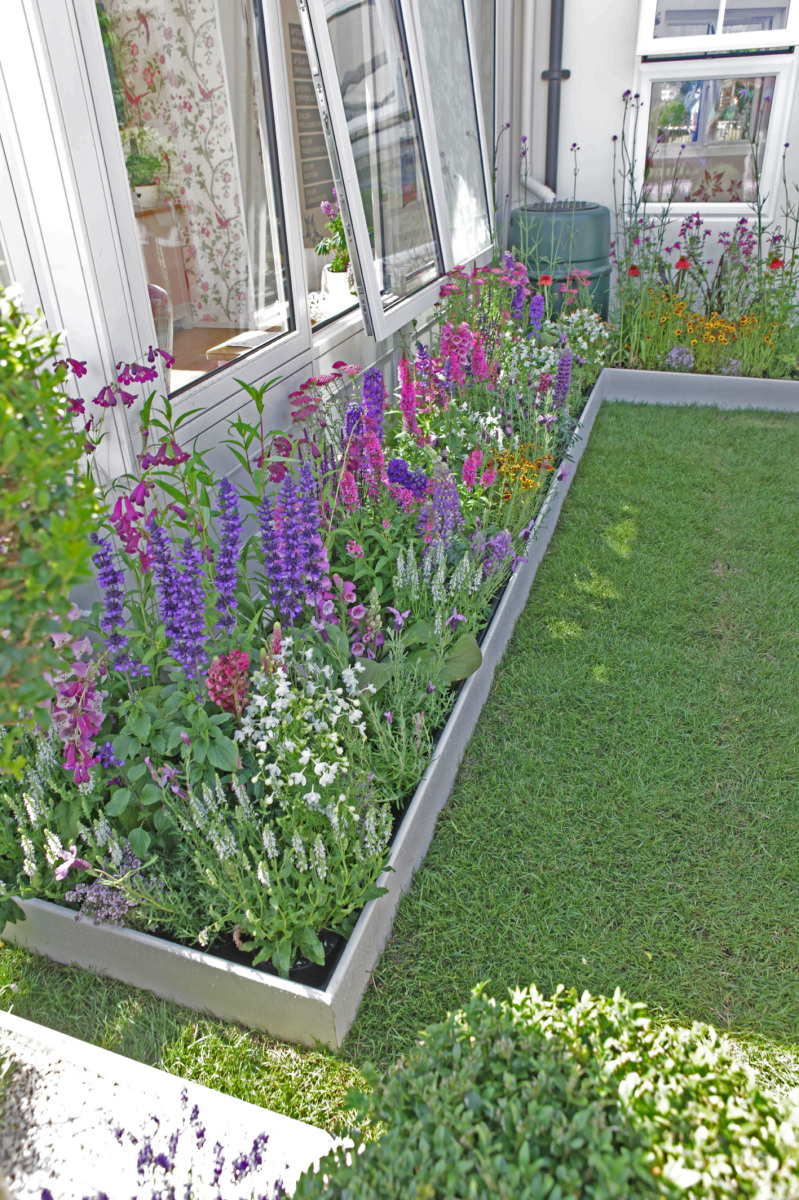 Or maybe a box or bed of flowers by the greenhouse lengthwise.

You can also hang up plants. 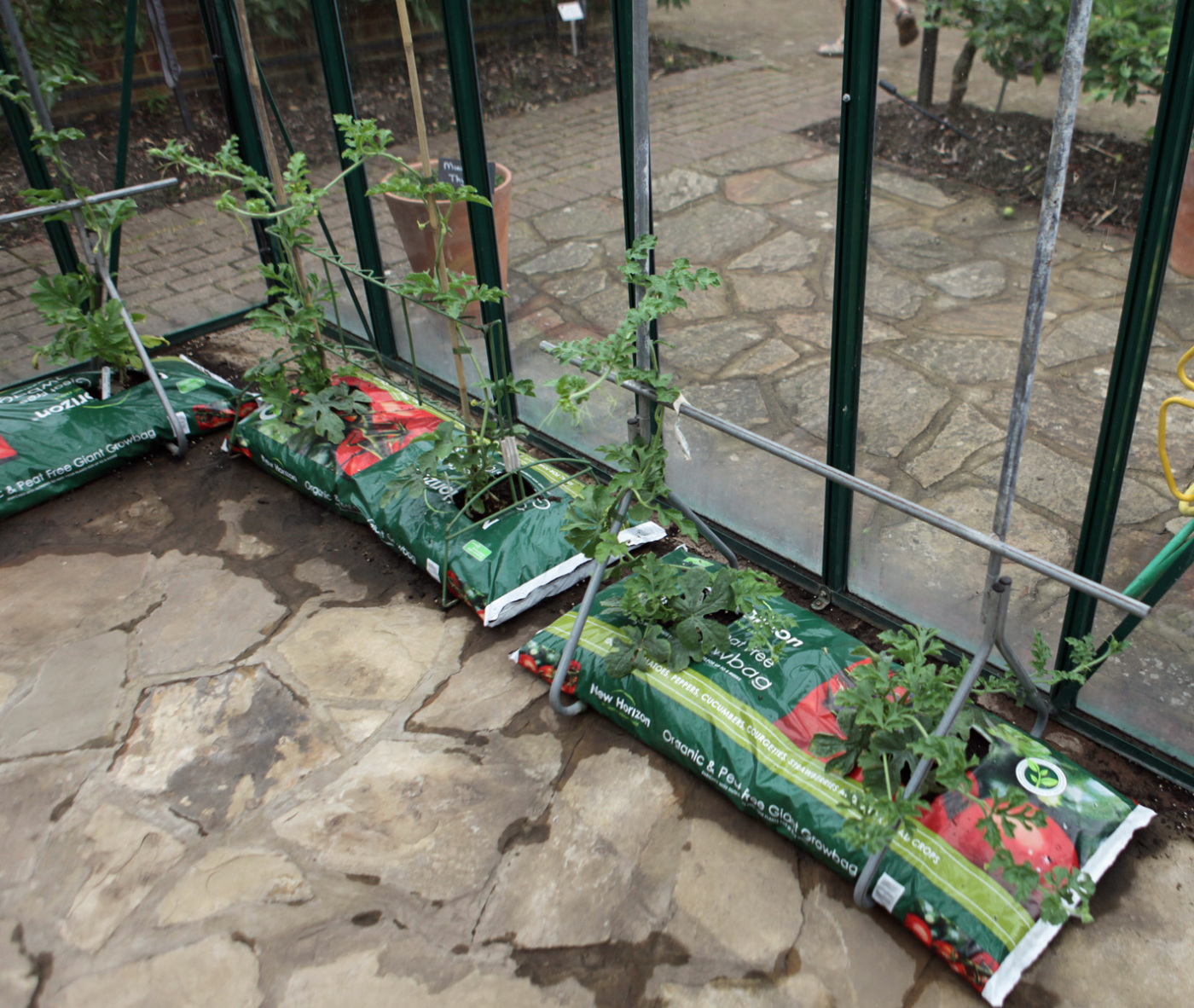 Every year we worry about providing shadow for the plants. When the sun is shining full throttle there is not much in either the garden or greenhouse that can provide shade. 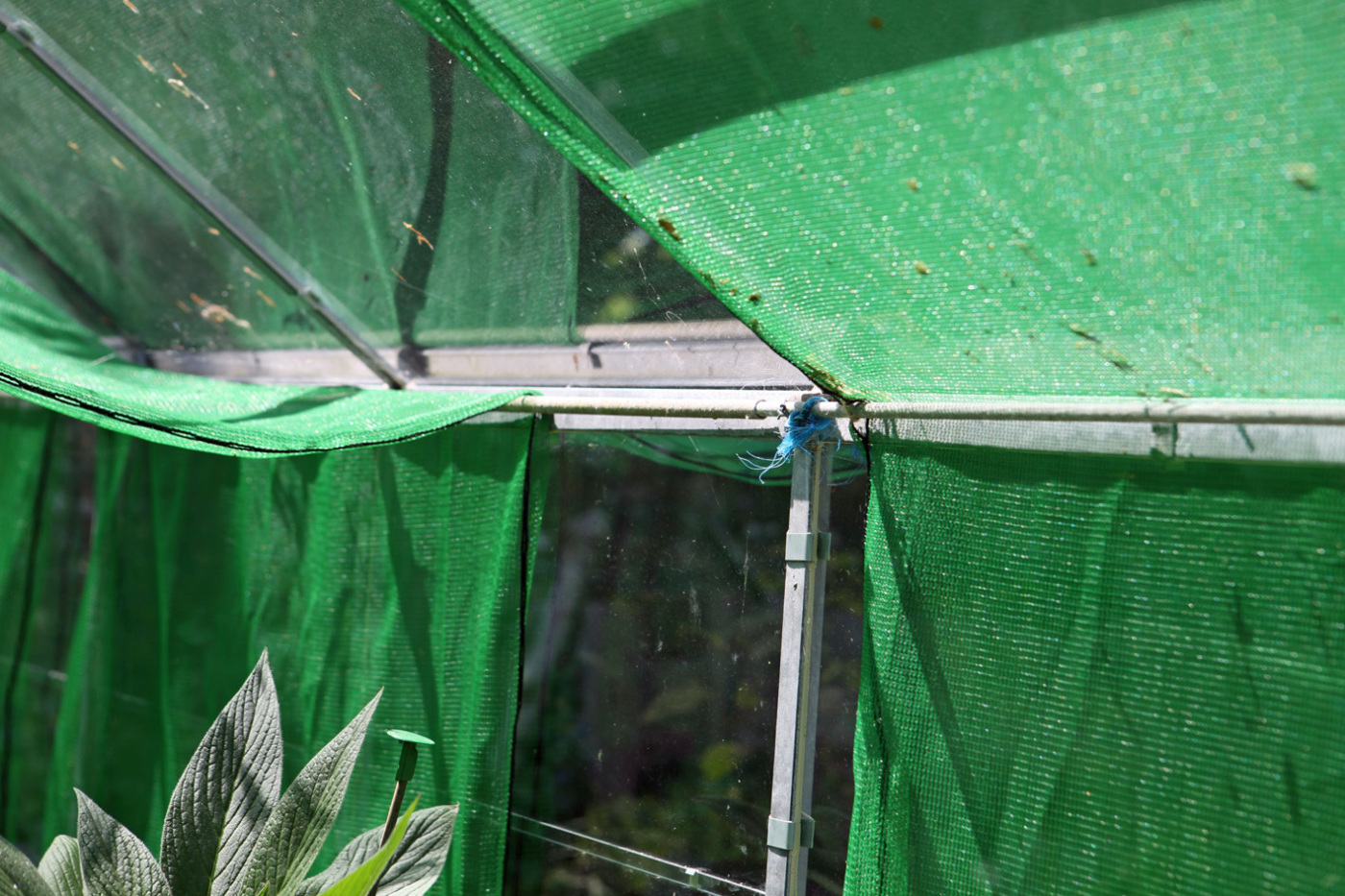 There are many ways to hang a shade net. Here the net is hanging from a water pipe in the ceiling and lengthwise, so it is easy to adjust. 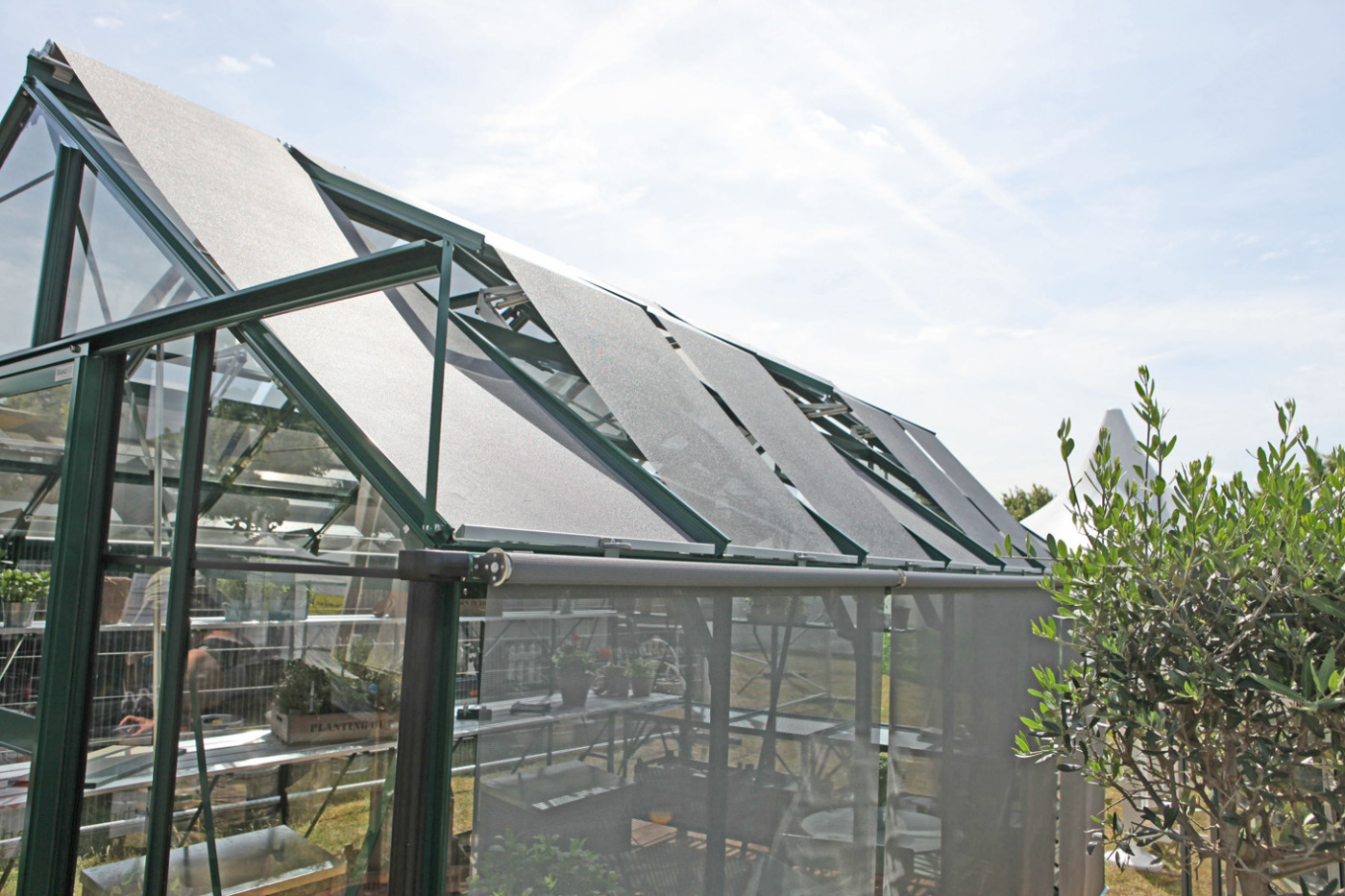 The more advanced version is blinds.

Something for the small ones 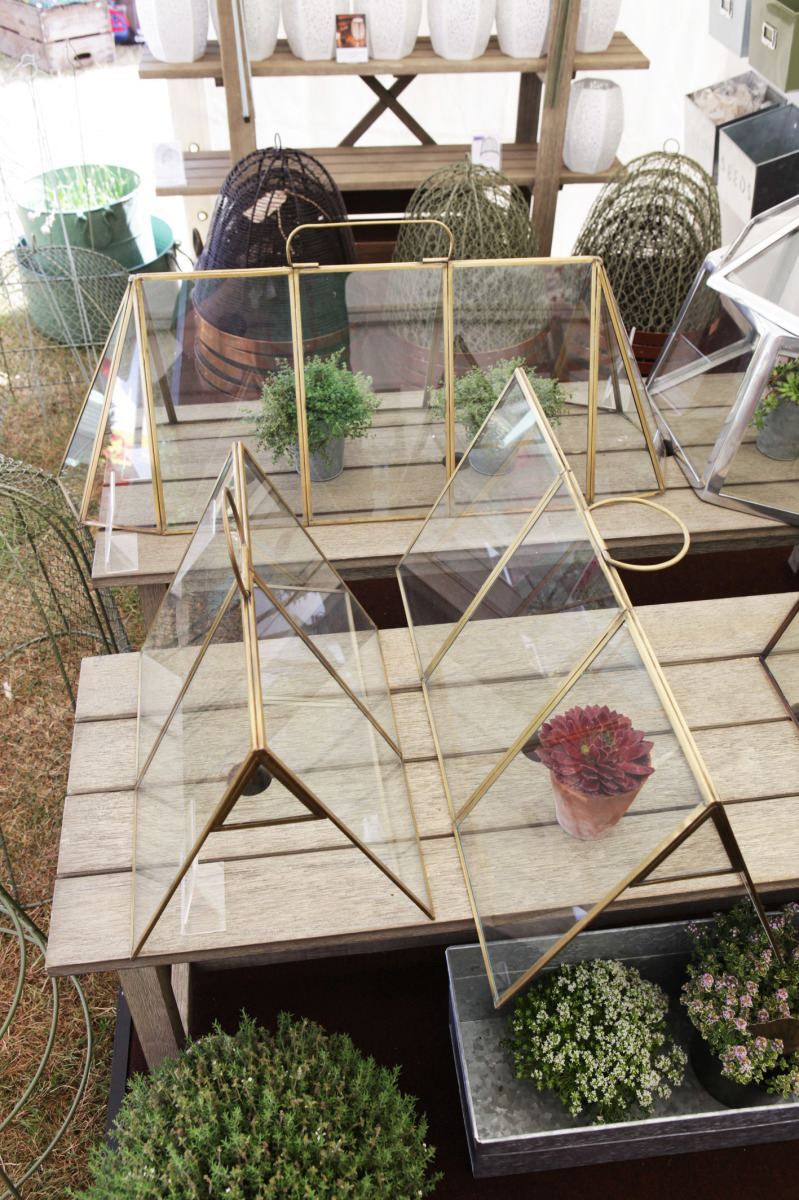 Early spring many small plants need protection during the night. Crocus.co.uk have developed these small greenhouses which you can also make yourself if you are creative. 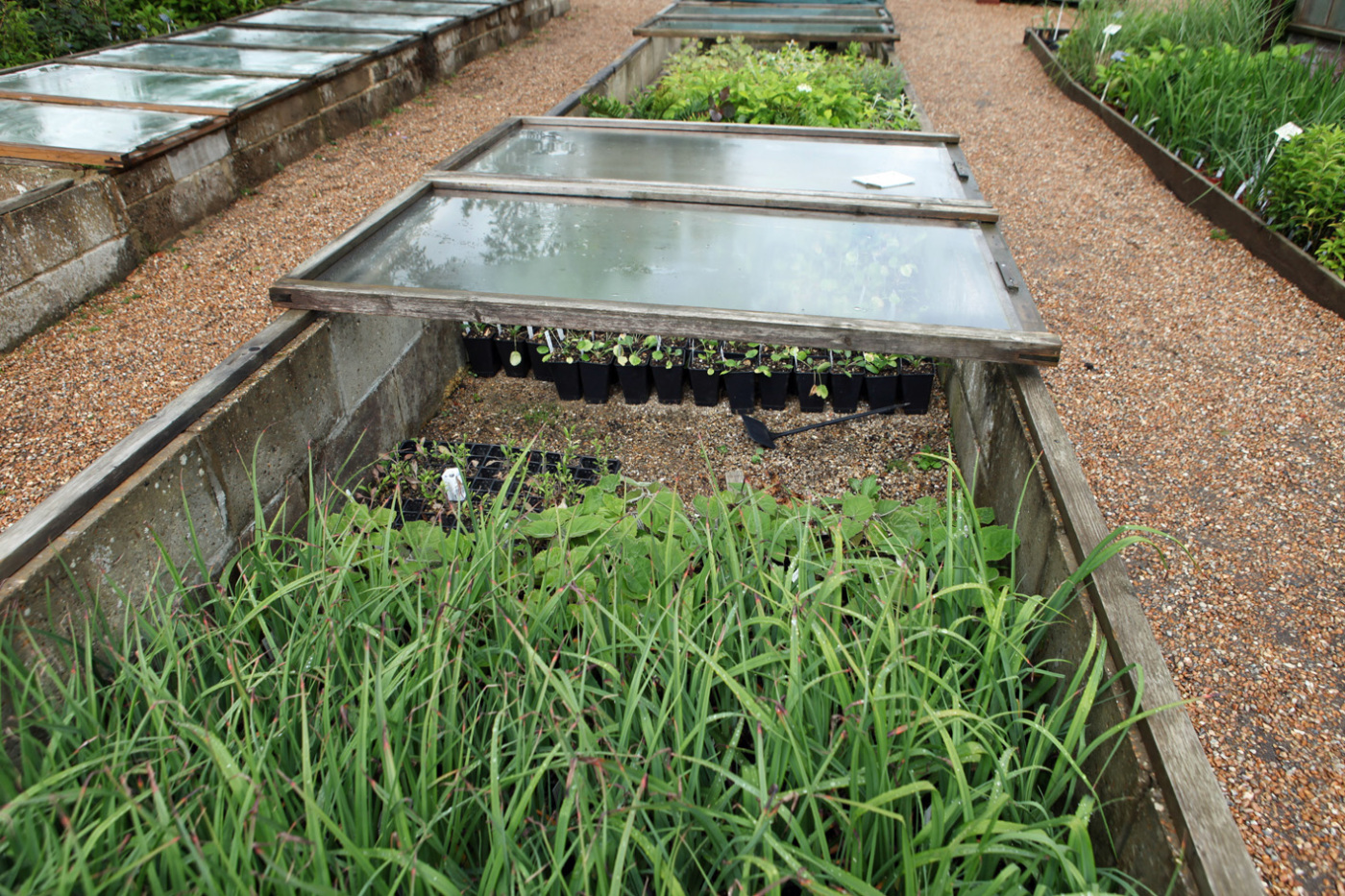 The bigger version is garden frames. Here in a long row. They are simple to make from old tiles and windows, and what is grown in it won’t take up space in the big greenhouse. 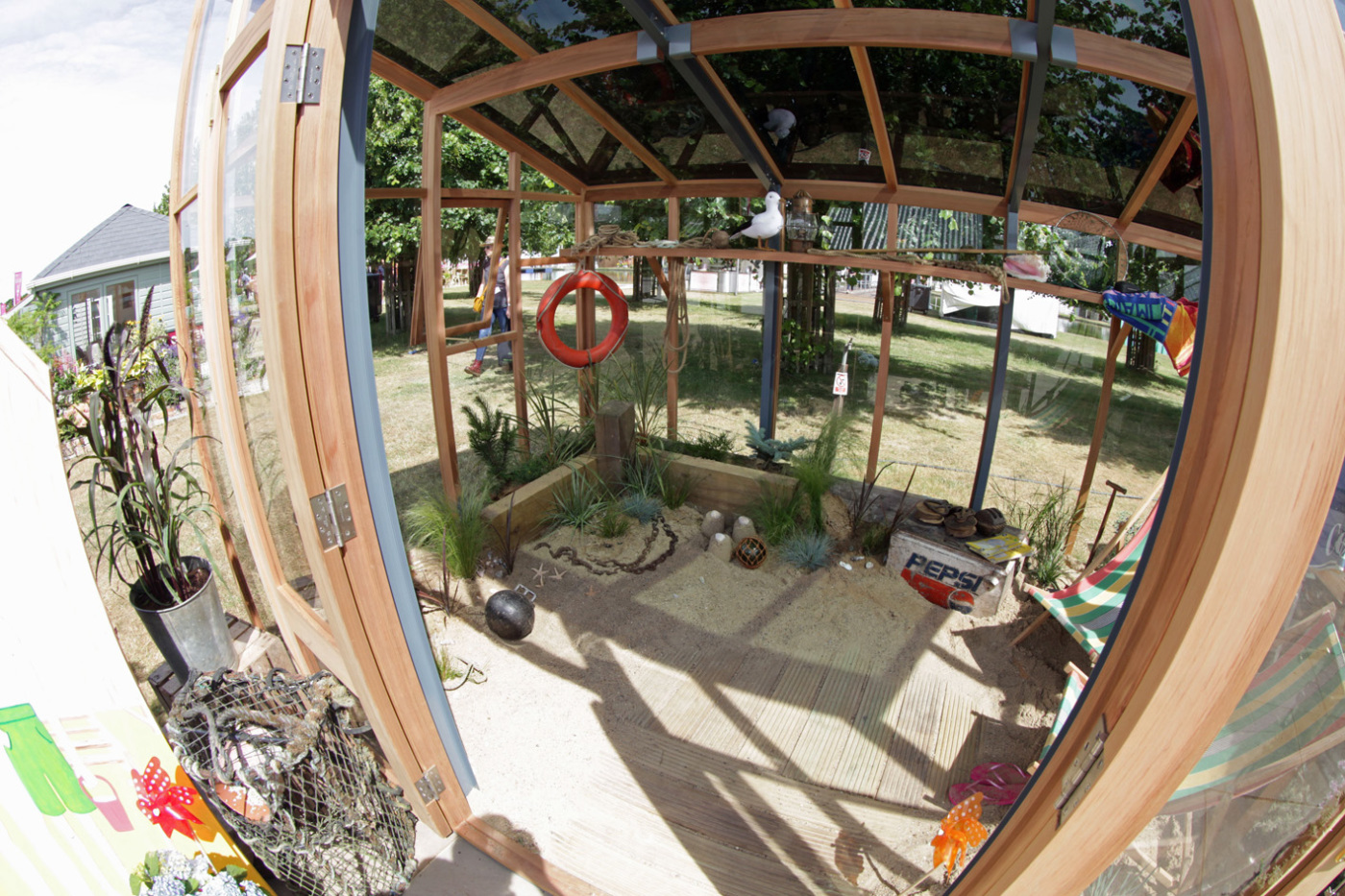 If you are tired of growing tomatoes and cucumbers, you can just decorate your greenhouse and grow lyme grass while you dip your toes in the warm sand and drink a Pepsi. 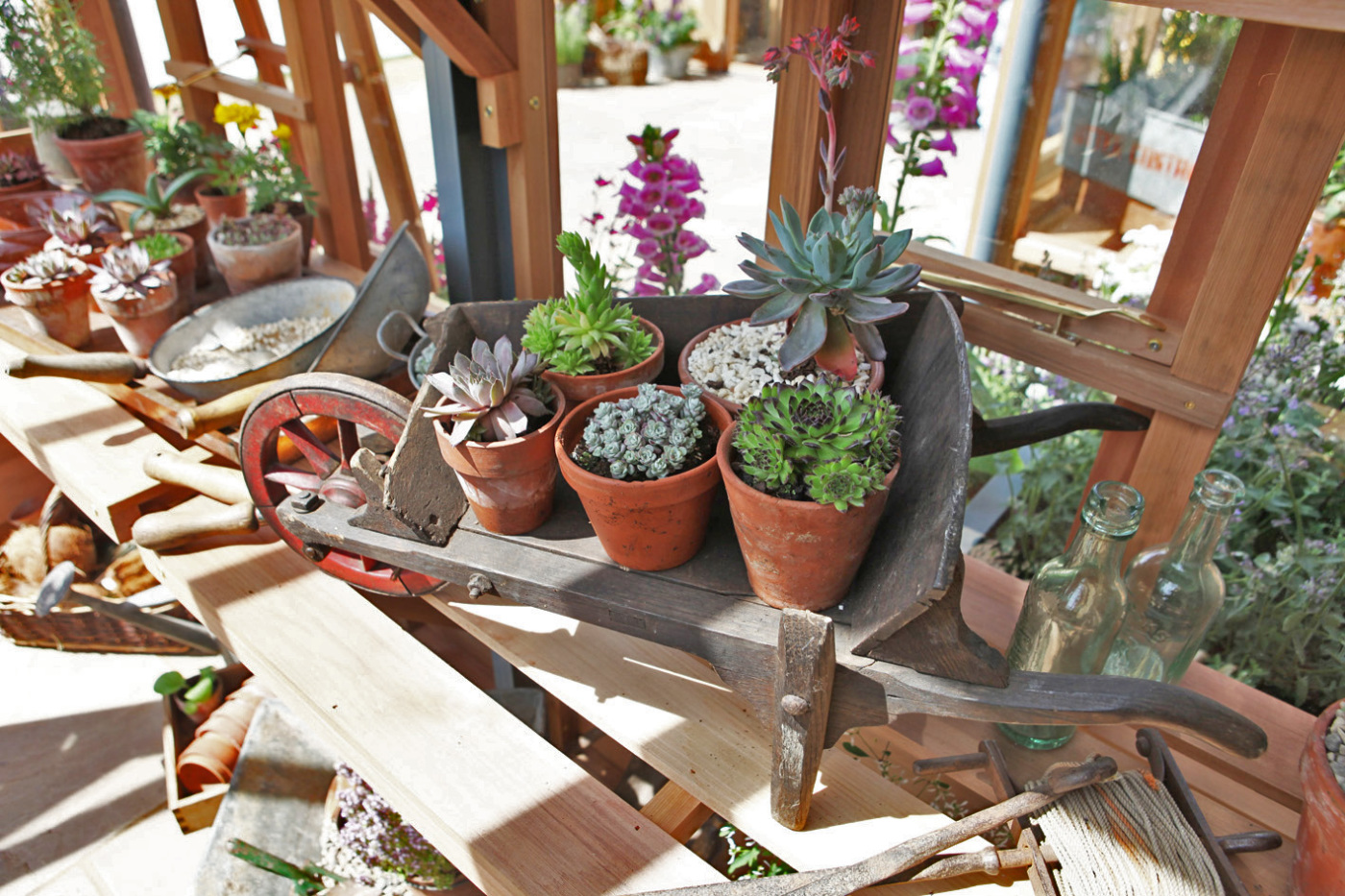 Plants can be arranged in many ways. For example, in a small wheelbarrow. 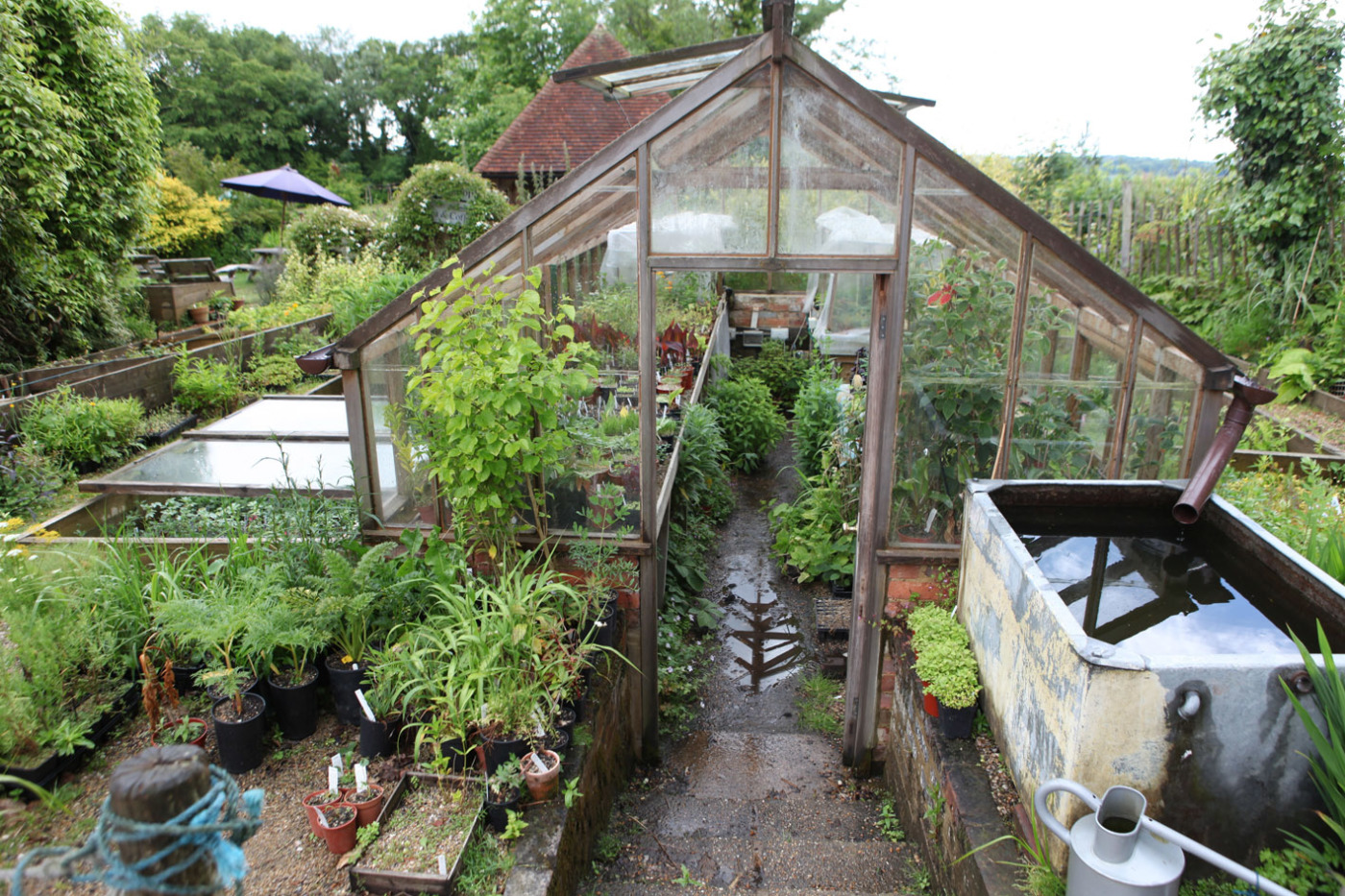 Fortunately, collecting rainwater has become popular. Most collect water in barrels but in this garden, it is collected in a water tub. In some cases, they are easier to access especially if you have to irrigate a lot of plants fast.