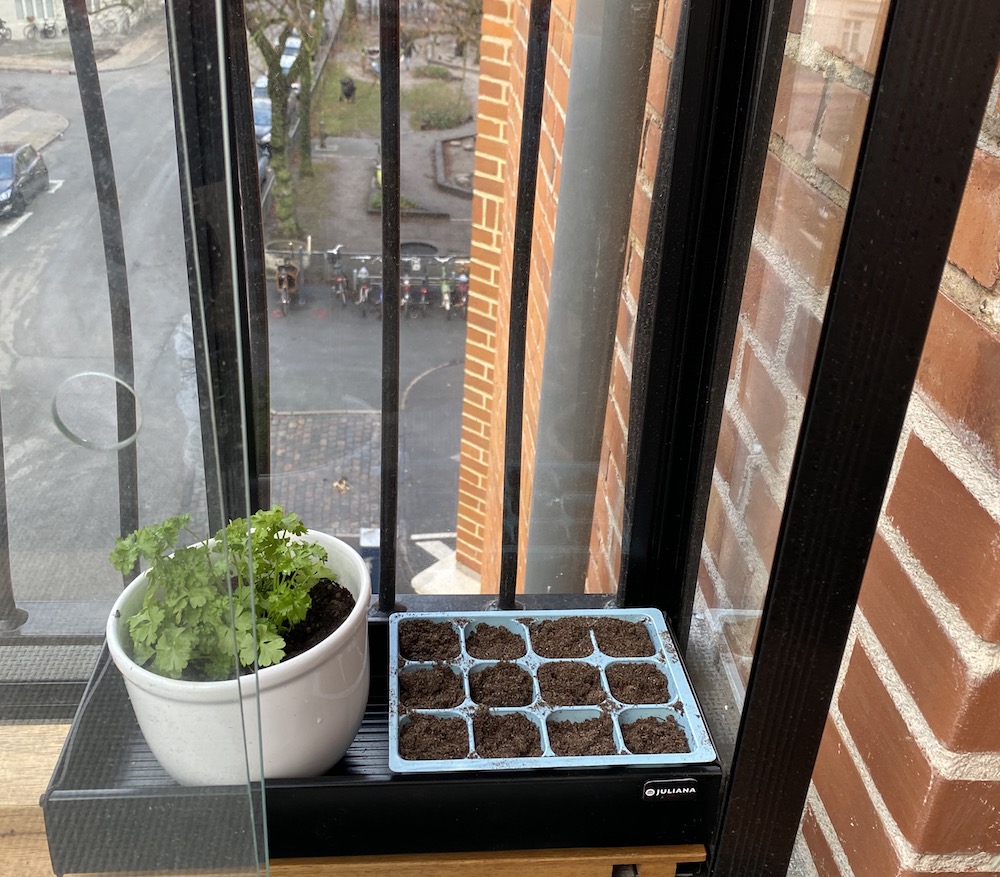 You can sow broad beans in the greenhouse already in January - here they are in a balcony greenhouse from Juliana.

The Christmas lights are off and now a long, dark January awaits. On the balcony, the parsley is still green and fine in the small Balcony greenhouse from Juliana, and now it needs company. January is also a month where you can put seeds in the ground - even outside in the greenhouse.

Broad beans tolerate winter cultivation, and even though I'm not a big bean fan, I've decided to give it a go - both in terms of growing and eating them. If they are to go down a little easier, I can make a delicious broad bean hummus - I will consider that I just have to grow some beans first.

Broad beans are a nitrogen-fixing plant. It collects nitrogen from the air and brings it down into its roots, which then converts it into manure. It thus nourishes the soil to a greater extent and is really good for other plants that you may plant in the same bed. Such a plant does not need fertilizer. 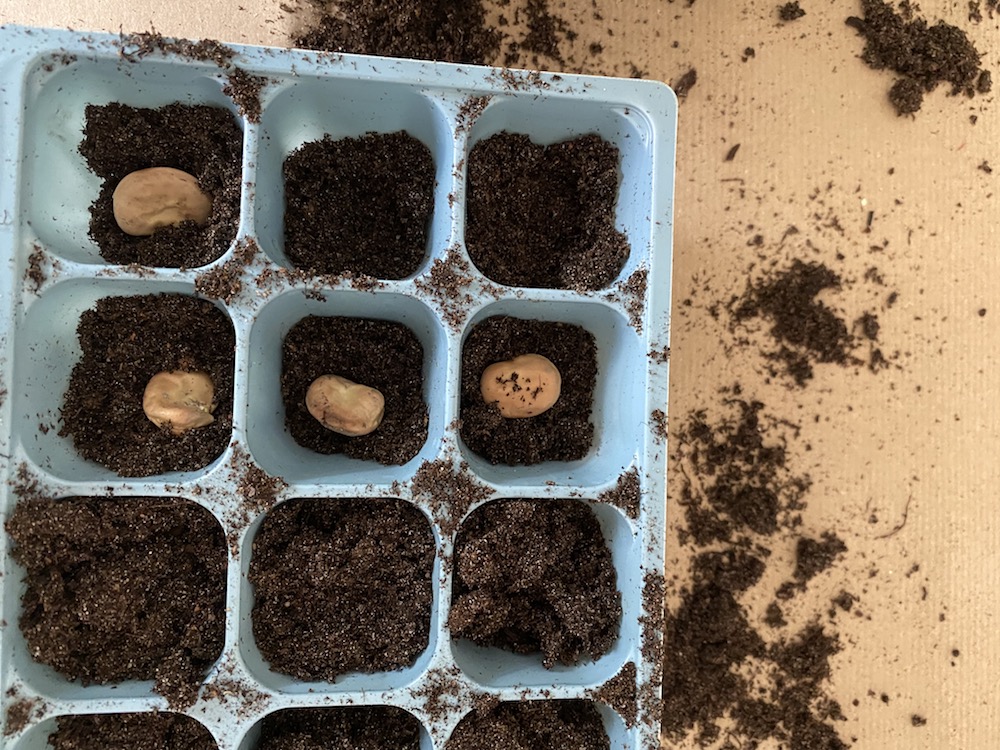 Broad beans must be sown in good potting soil. They must be covered with 1-2 cm of soil and lightly irrigated. It takes two to three weeks before they start to sprout.

Broad beans are so hardy that they tolerate the January cold and frost. Plant them in small pots and transplant them when they start to grow, usually in April. If all goes well, you can harvest your broad beans in May/June, but if you are impatient like me, you can pick the small new shoots and use them steamed in a salad. Keep in mind, however, that it takes a few months before they start to sprout, but if you start in January you can expect them to be 6-8 inches tall in May.

Use a common potting soil – alternatively, you can use another nutrient-poor soil such as succulent soil.

Use small pots or a sprouting tray.

Put a bean in each pot and cover with a little soil and irrigate them.

After this, you should wait some time before you irrigate again. Count on every 14 days, If the sun is up, be careful the soil does not dry out – you then need to irrigate more often.