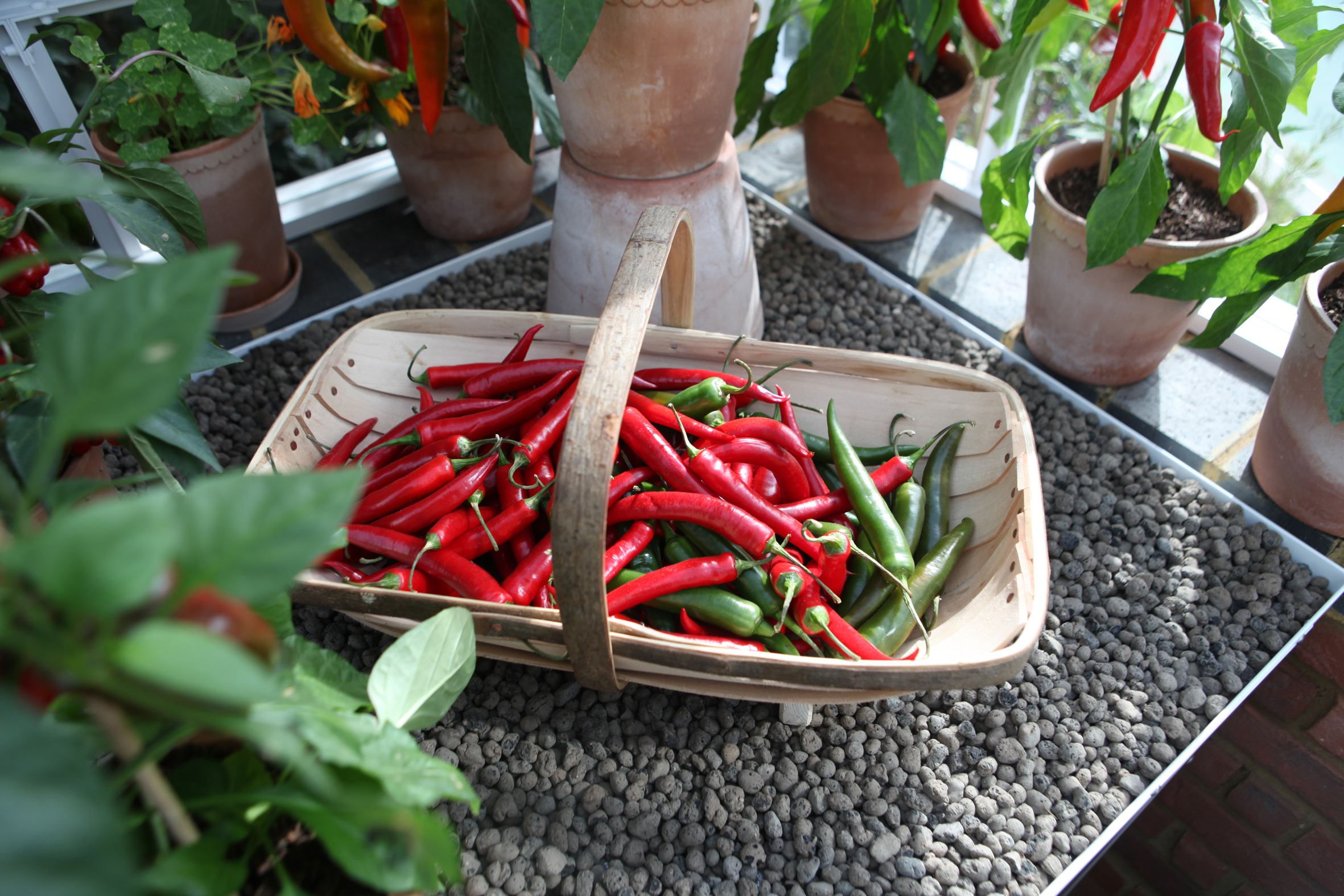 Think of chillies and the first thing that will probably spring to mind is the heat they can add to recipes. The hottest chilli peppers include the varieties ‘Carolina Reaper’ and ‘Trinidad Moruga Scorpion’, both registering over 1 million on the Scoville Scale, which measures the heat of chillies. In comparison, jalapeno peppers range between 2500 and 8000 Scoville Heat Units. Eating the extremely hot chillies can be dangerous and people have ended up in hospital as a result, even preparing them can result in severe skin and eye irritation and cause problems with breathing.

However, there’s more to chillies than their heat; they can be very beautiful too. Some can have dark foliage and black fruit, such as Chilli ‘Black Pearl’; Chilli ‘Bulgarian Carrot’ has bright orange fruit; and there are some varieties that have fruits which go through several different colours as they ripen, such as ‘NuMex Twilight’. 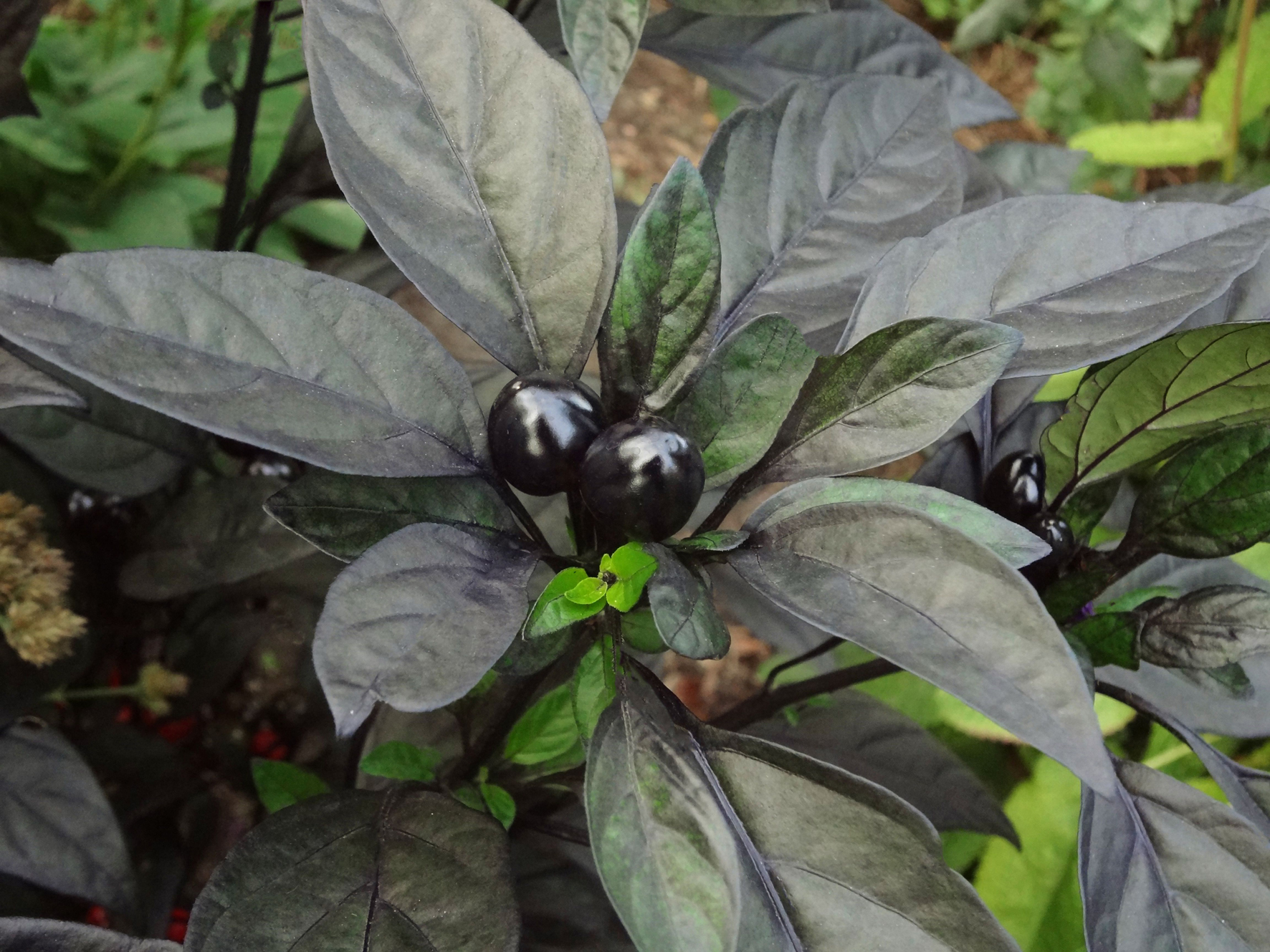 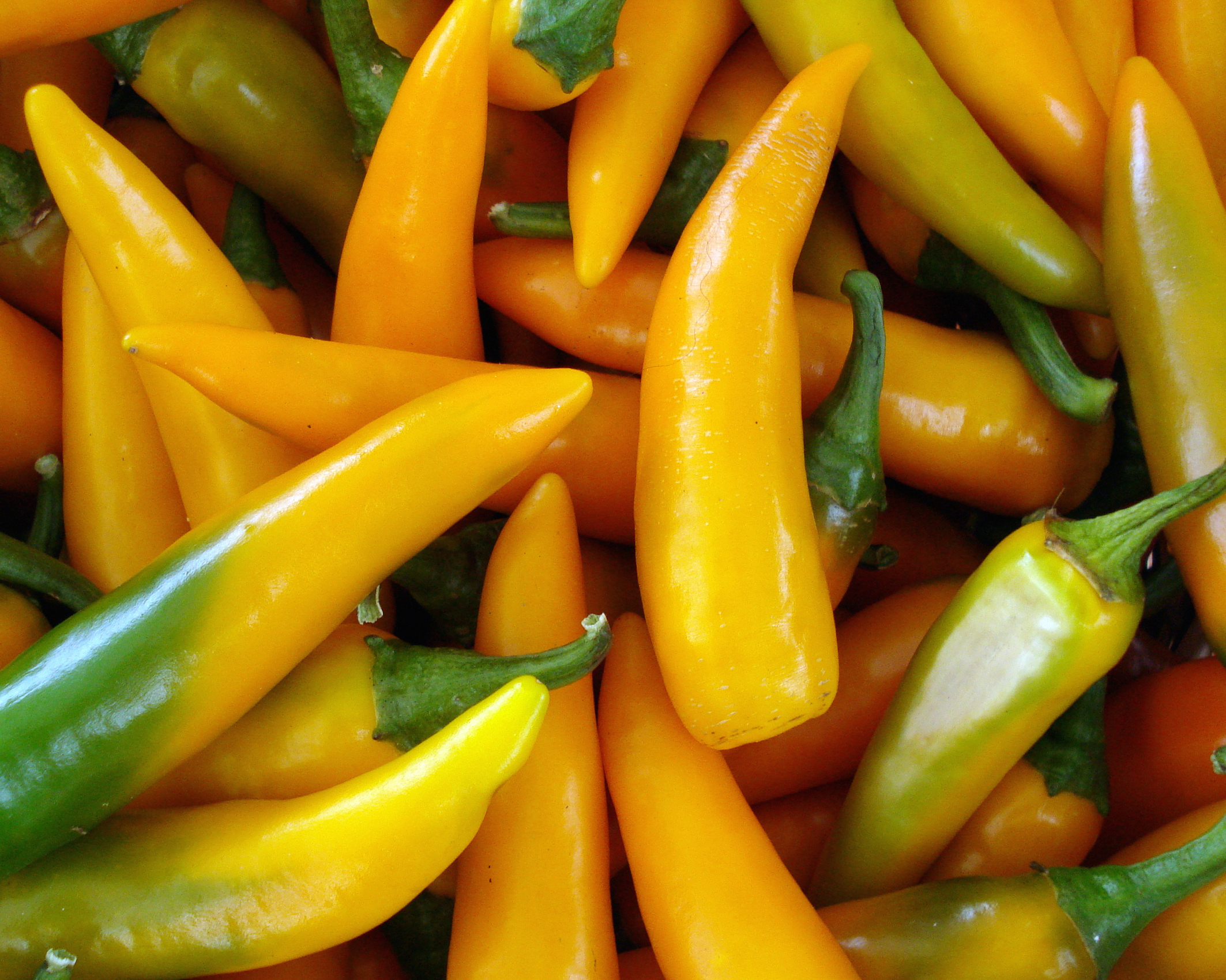 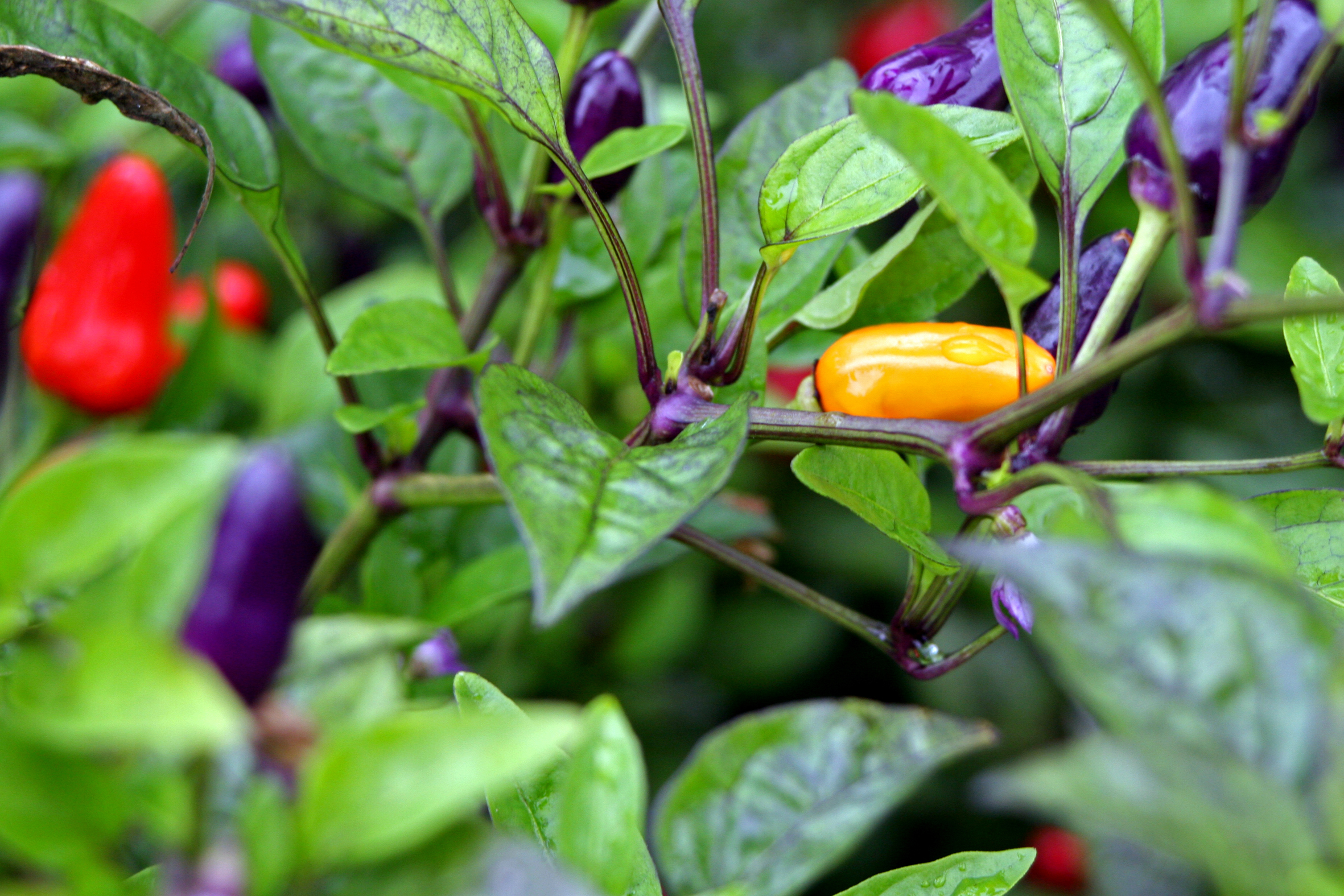 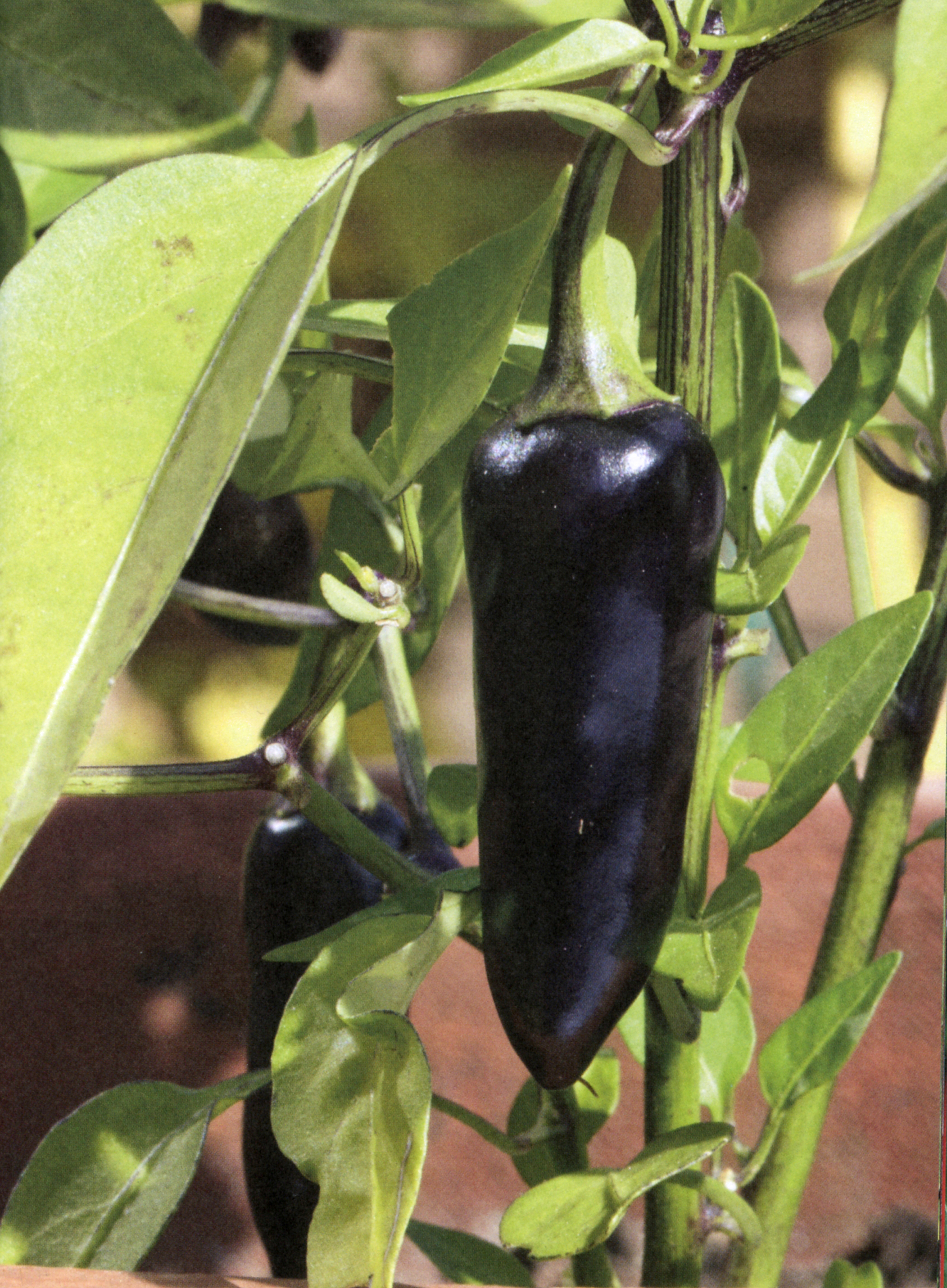 Chilli ‘Pot Black’ is a variety which has purple-black flowers and fruits that start off black but turn red as they ripen. It’s happy growing in a large pot and has a heat of 45000 Scoville Heat Units.

Chillies are tender perennials, so as long as they can be kept somewhere frost-free over winter they can still produce a crop and will jazz up a sunny windowsill during the greyest months of the year. If you’d like to do this, choose varieties that are more compact so that they’re easier to move indoors in autumn. ‘Numex Twilight’ is a good choice as it is happy growing in a 20cm pot, as is the Thai chilli ‘Demon Red’ and the variety ‘Early Jalapeno’.