One of the best ways to perk up your spirits on a cold, grey February day is to order some dahlia tubers. Picking a favourite plant or flower is impossible, but dahlias would definitely make my top ten list of all-time garden favourites. It’s hard to believe that until relatively recently these flamboyant blooms were considered too garish and not sophisticated enough for modern gardens. Dahlias had fallen by the wayside, synonymous with old-fashioned allotments and show growing, as garden design turned towards trendy naturalistic planting ideas that used ornamental grasses and prairie perennials. 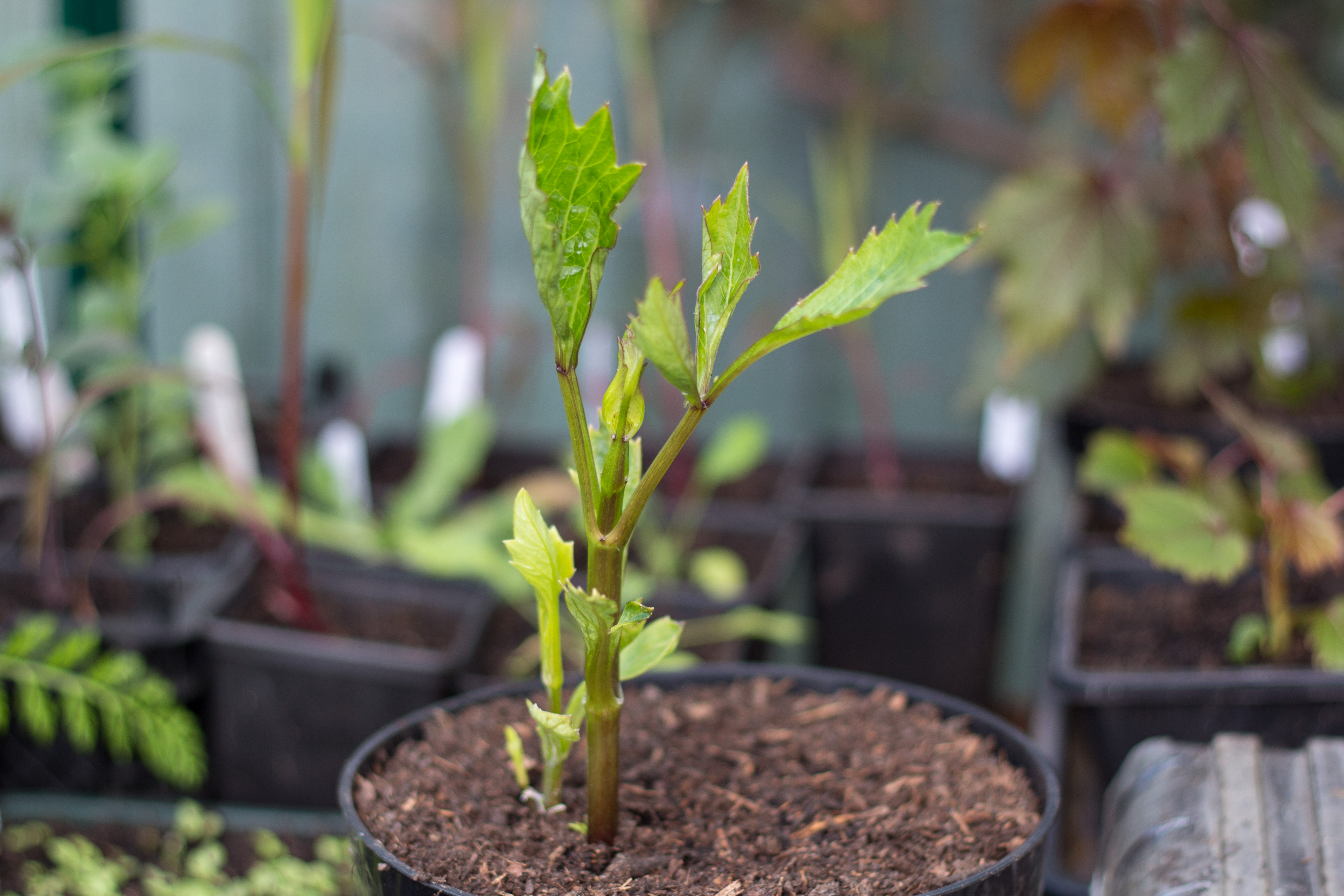 Fortunately dahlias have had a revival and plant catalogues and online suppliers have a mind-boggling array of cultivars, from spiky cactus-types to balls of tightly packed petals, from simple single flowers loved by pollinators to those that look like water lilies. Some grow tall, towering to nearly 2 metres, while others are small enough to grow in containers. They come in almost every colour you can think of and are one of the best value plants you can buy. Most tubers cost £2–£3 and for that you’ll get a profusion of flowers from July to the first frost, which means if you’re lucky to live somewhere mild you can still have dahlia flowers in November. Many dahlias also make great cut flowers, some have even been bred to have longer stems especially for the floristry industry.

Garden centres will have a range of tubers, but for the best choice seek out a specialist supplier such as Peter Nyssen, Sarah Raven, De Jaeger or Crocus. Once your tubers have been delivered or you’ve picked them up from the garden centre, store them somewhere dark and cool but frost-free. If you have a greenhouse or cold frame you can pot up the tubers in late March to get a head start, if not you’ll need to wait till May until you can plant them in the ground. Use large pots at least 20cm in diameter and fill half-full with compost, lay the tuber in the centre of the pot then fill with more compost to just below the rim. Water the compost but only sparingly so that the tuber doesn’t sit in wet compost and rot. Once you start to see shoots appearing above the compost you can water more frequently. Keep the pots somewhere frost-free until mid-May, if the dahlias outgrow their containers you may need to repot into something bigger. In mid-May start to acclimatise the plants to life outdoors by leaving them outside during the day and bringing them under cover at night for a week or so, then leave them outside at night, too, but in a sheltered spot. After two weeks they can be planted into their final growing spots. 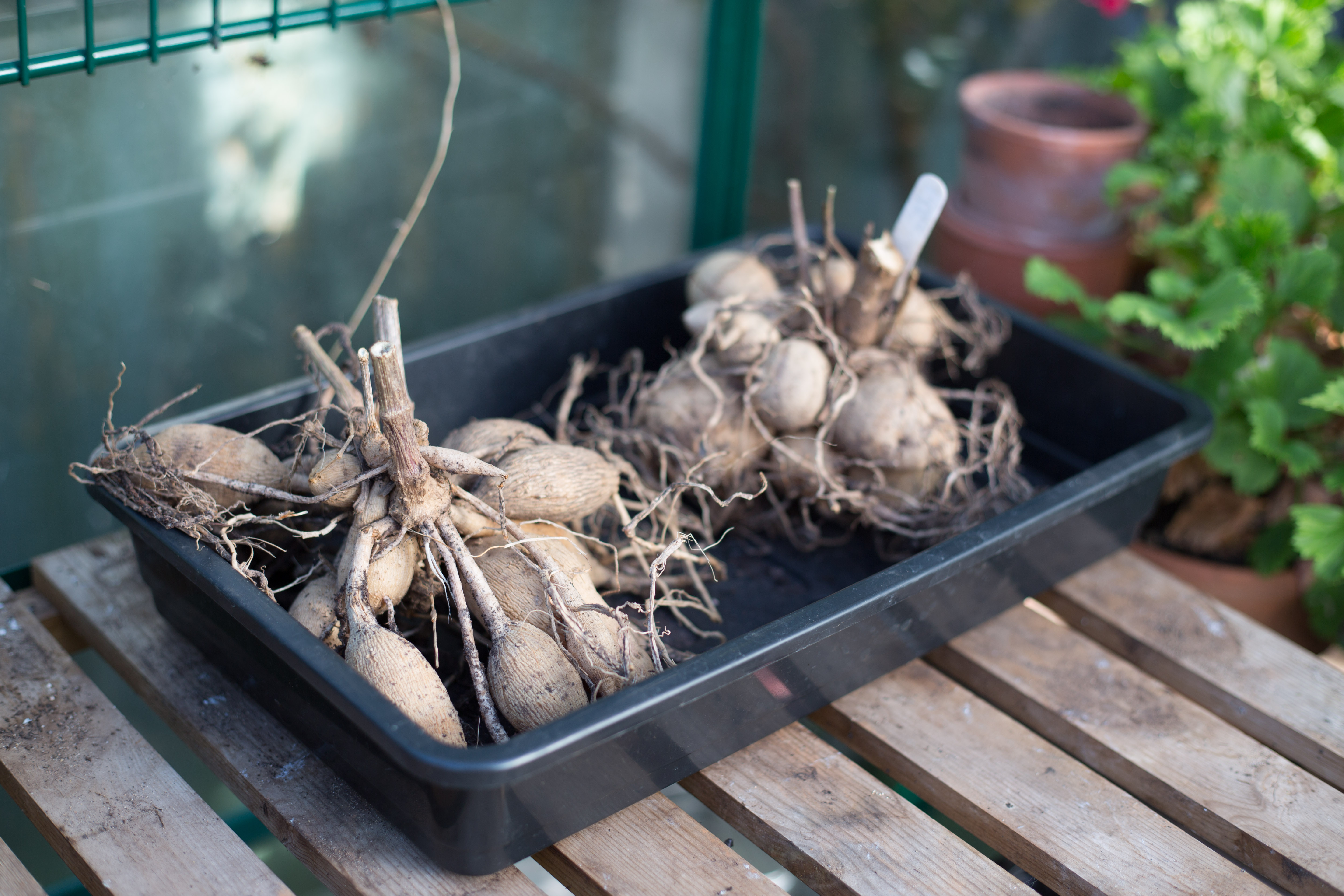 Dahlia tubers ready for potting up