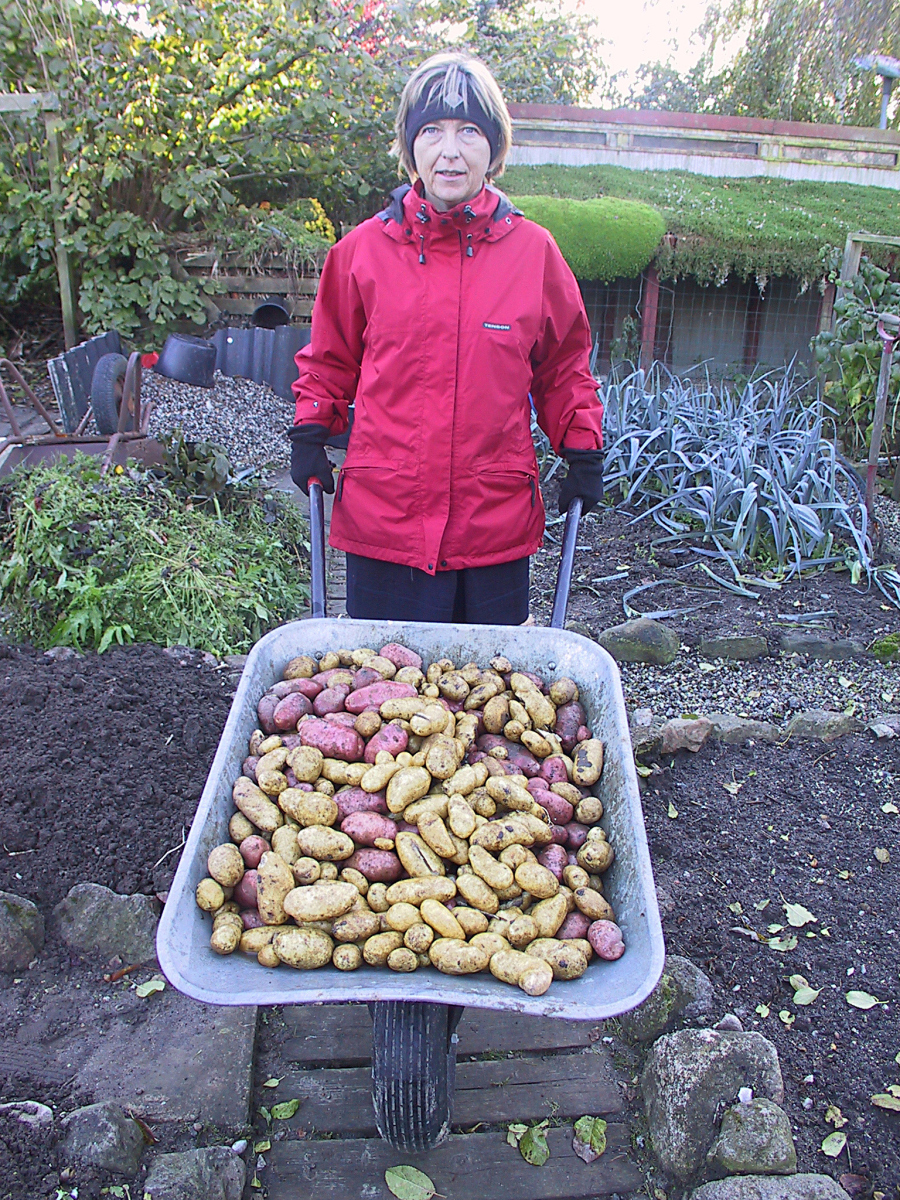 There are 400 sorts to choose from, so if you want to try them all out, you need to get started soon.

There are said to be several hundred different varieties of potato but only a small number of these are grown commercially and are available to buy in the supermarket, so one of the advantages of growing your own is the greater choice of different potatoes from which to choose.

Potatoes are divided into first earlies and second earlies – also known as new potatoes – and these crop in July. They tend to be small in size, the plants take up less space and they’re less prone to potato blight because they are harvested before this fungal disease becomes a problem later in summer. Then there are also maincrop potatoes which take longer to mature, are harvested between August and September and these can be used for baking, roasting or mashing.

Chitting potatoes helps to improve the yield and gives them a head start when they’re planted in the ground or in a container. It involves pre-sprouting the tubers before you plant them. You need to do this somewhere bright and cool but frost-free to encourage short stubby roots to sprout. Not enough light will result in long, thin shoots which will easily break off when you come to plant them. Place the tubers in egg boxes or small plastic pots so that they stand upright and put them on a windowsill.

Start chitting your potatoes in mid to late February and by mid-April you can plant the tubers in the ground, or into pots or plant bags.

Once planted it’ll take a few weeks for shoots to appear above the compost or soil. The leafy growth of potatoes needs to be protected from frost, so make sure you earth up the foliage as it grows, burying it with soil or compost, and if cold weather is forecast cover potato plants with a couple of layers of horticultural fleece. An advantage of growing potatoes in containers is that they can be moved into the greenhouse to protect them if the weather turns cold, you could even keep them in there to get an earlier crop. 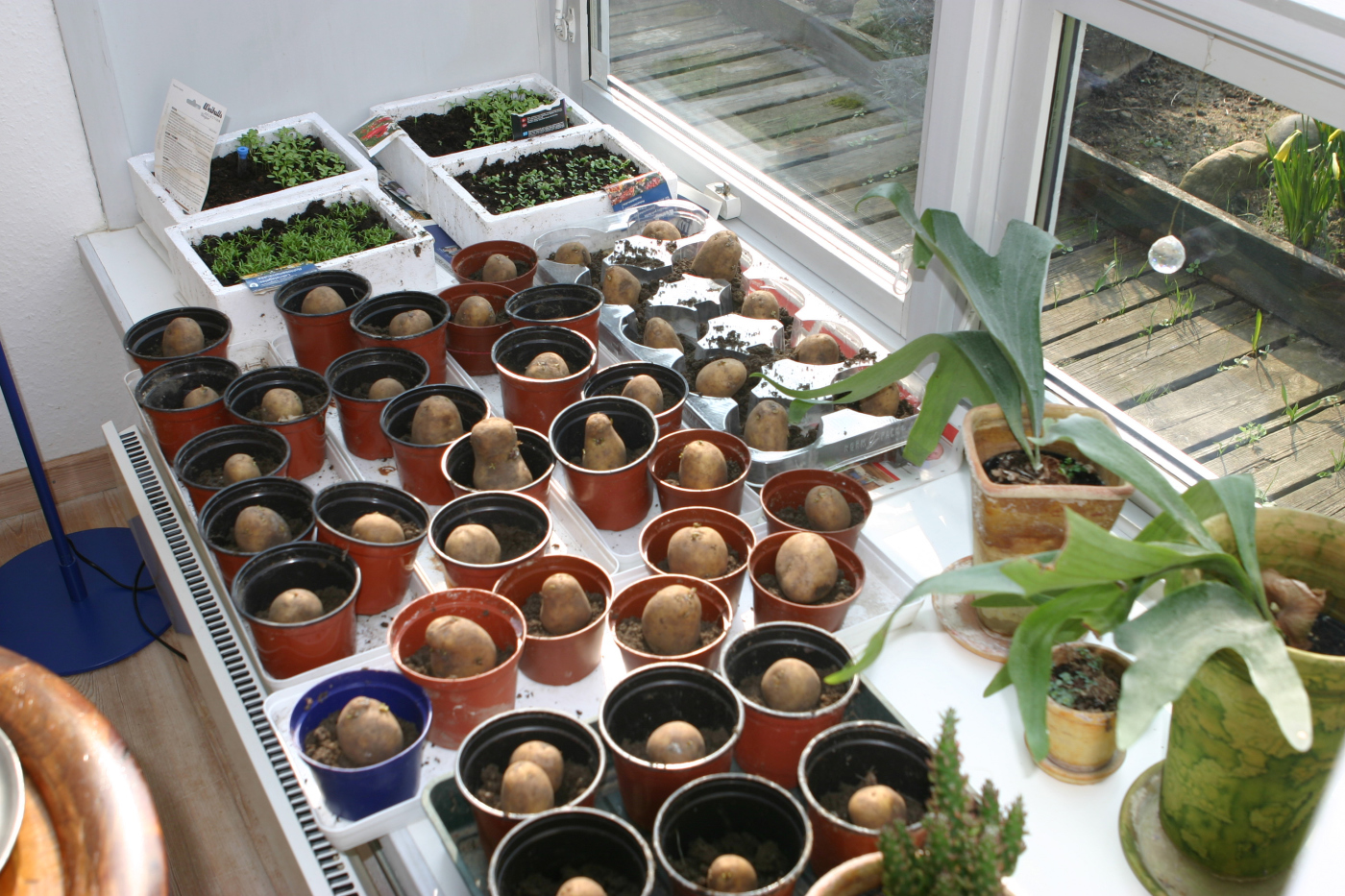 They are on their way.