Your vine should be winter pruned in December 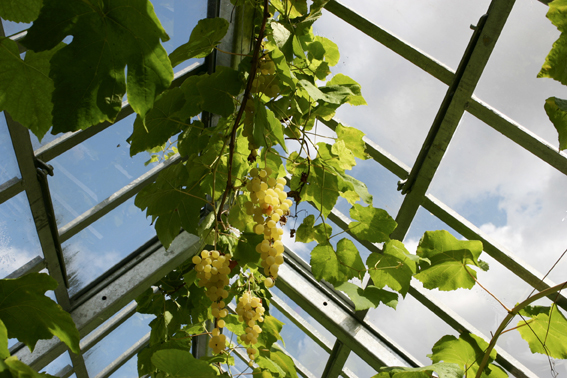 A nicely pruned vine from this summer, which needs to be winter pruned now.

If your vine has gone wild, it might be because you did not prune it enough last summer. You can winter prune your vine now.

There are already flower buds that are ready to bloom. Therefore, you should not cut the shoots by the stem, as you will cut off your harvest.

You should on the contrary prune, so you have a stump left. That is a side shoot.

Count the buds and cut back until there are at least two buds (preferably 8) left. Don’t cut too close to a bud, as it might dry out. 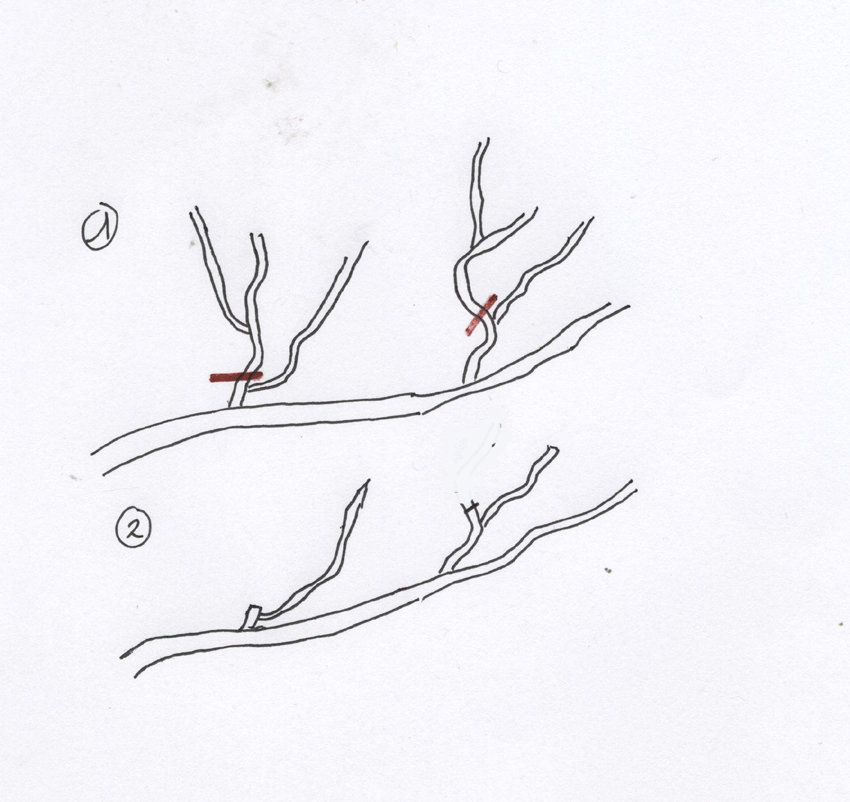 Illustration 1 and 2 shows how you winter prune.

The shoots on the stem split during the summer, so new shoots will grow from there. Cut every one of them, besides one. The one you leave should always be the bottom one. Remove all of them like shown in the illustration. (Illustration 1 and 2)

You should do that every year. After some years the shoot you leave will grow higher and higher on the side shoot, thereby further and further away from the stem, which makes them grow further. (Illustration 2)

During the summer new shoots from the stem will show. Usually, you cut those off as they give little fruit, but you can keep one as a new shoot if one of the older ones only has buds at the end of the shoot. In that way, you can grow a new sustainable shoot.

Your shoots will then be on the stem with 6 – 8 inches distance in between.

Your main vine or two main vines should be cut back 2/3. When they have your desired length, you can cut them all back every year from then.

Illustration 3 shows how to make a new vine and thereby get more grapes.

If you want more vines, then let one or more shots grow upwards and bend them so they grow horizontally. (Illustration 3).

Check your vine from scales that might sit on the stem sucking on it. You can remove them by squeezing them or with a toothbrush.