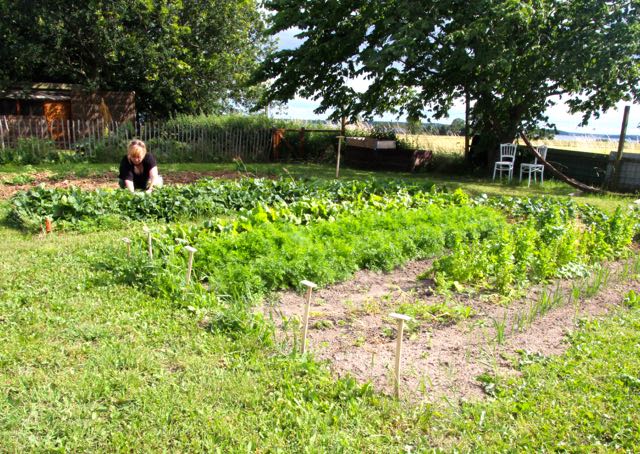 On their farm in Denmark, Charlotte Banff and her husband cultivate the land in order to become self-sufficient to some degree. Their primary learning is that self-sufficiency is a lottery with ups and downs, but the joy of cultivating the land they get every year to the same degree.

‘Carrots later’ and ‘Carrots earlier’, are written on two signs at the end of two rows with green sprouts. Charlotte Banff explains that it is in order for them to have carrots they can harvest now and later and thus enjoy them throughout the fall and perhaps winter.

"The idea of ​​self-sufficiency is appealing to us, and we feel our way and learn along the way," says Charlotte.

She is primarily vegan - sometimes eggs are in the diet, but they come from her own chickens, which according to her own statement are so spoiled that she can eat their eggs with a clear conscience. But otherwise, she eats greens. Eating something she herself has produced from the ground can be something special, she thinks.

"I feel like I'm getting closer to nature when I eat food, I've grown myself." 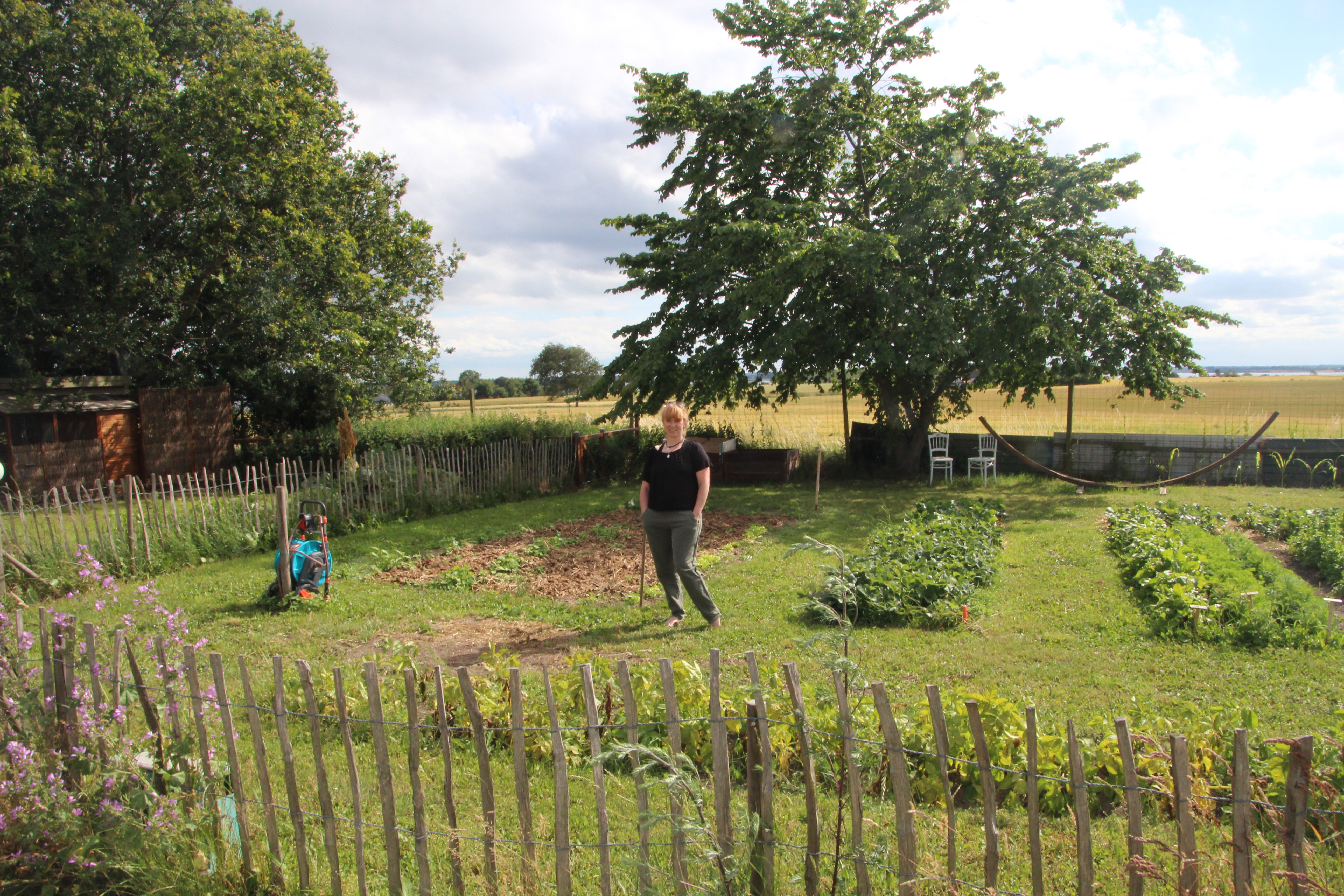 One bed did not work out, but the others are spouting.

Strawberries from her childhood

In the kitchen garden, which is surrounded by a chestnut fence, there are three beds. The first is full of horse manure. Charlotte has planted beans and lettuce there, but they have not really turned into anything.

"It's all dead," she says, laughing and turning her attention to the neighbouring bed, which is full of green sprouts. It is important not to dwell on the downs but focus on the ups.

"But here we have strawberries, beets, leeks, spinach and lots of weeds."

The strawberries are mixed sorts. Some of them come from Charlotte's childhood home. It is something special to have plants from your childhood garden, she thinks. Outside the kitchen garden, she has a rhubarb bed with her grandfather's rhubarb.

"I can almost taste my grandmother's red berry pudding when I look at that bed," she says, but then adds that in fact they no longer eat the rhubarb - they are too big and coarse. But that does not change the fact that they are important to have in the garden.

In a third bed in the kitchen garden are potatoes. They were planted a little late, but are yielding, and according to Charlotte they are "SO good".

She has recognized that cultivating and the idea of ​​being self-sufficient is a lottery, and sometimes you get the big win and other times you lose. But that does not change the fact that it is fascinating for Charlotte to cultivate the land.

“If you put a seed in the ground and give it the right conditions, then it cannot stop growing. It's like a human being,” she says and smiles. 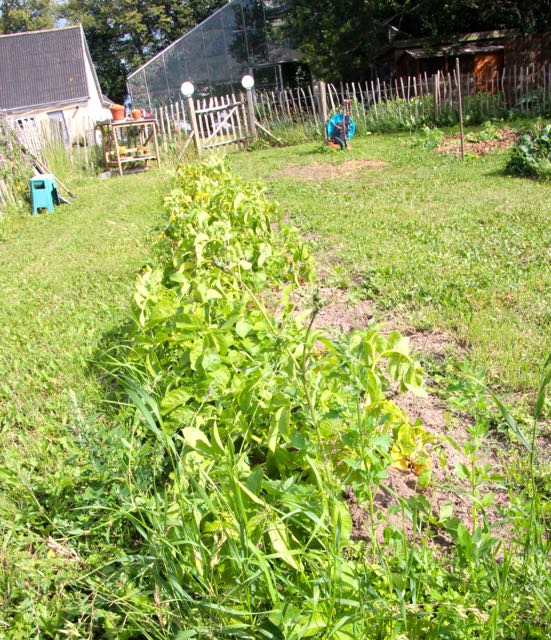 The potatoes were planted late, but they are yielding. 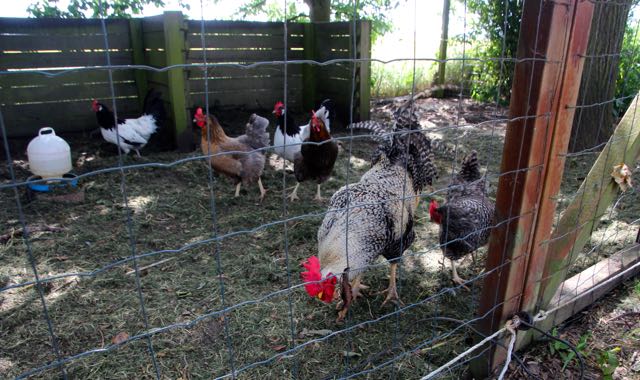 Charlotte is mainly vegan, but she eats eggs from her own chickens, and she can do that with a good conscience. 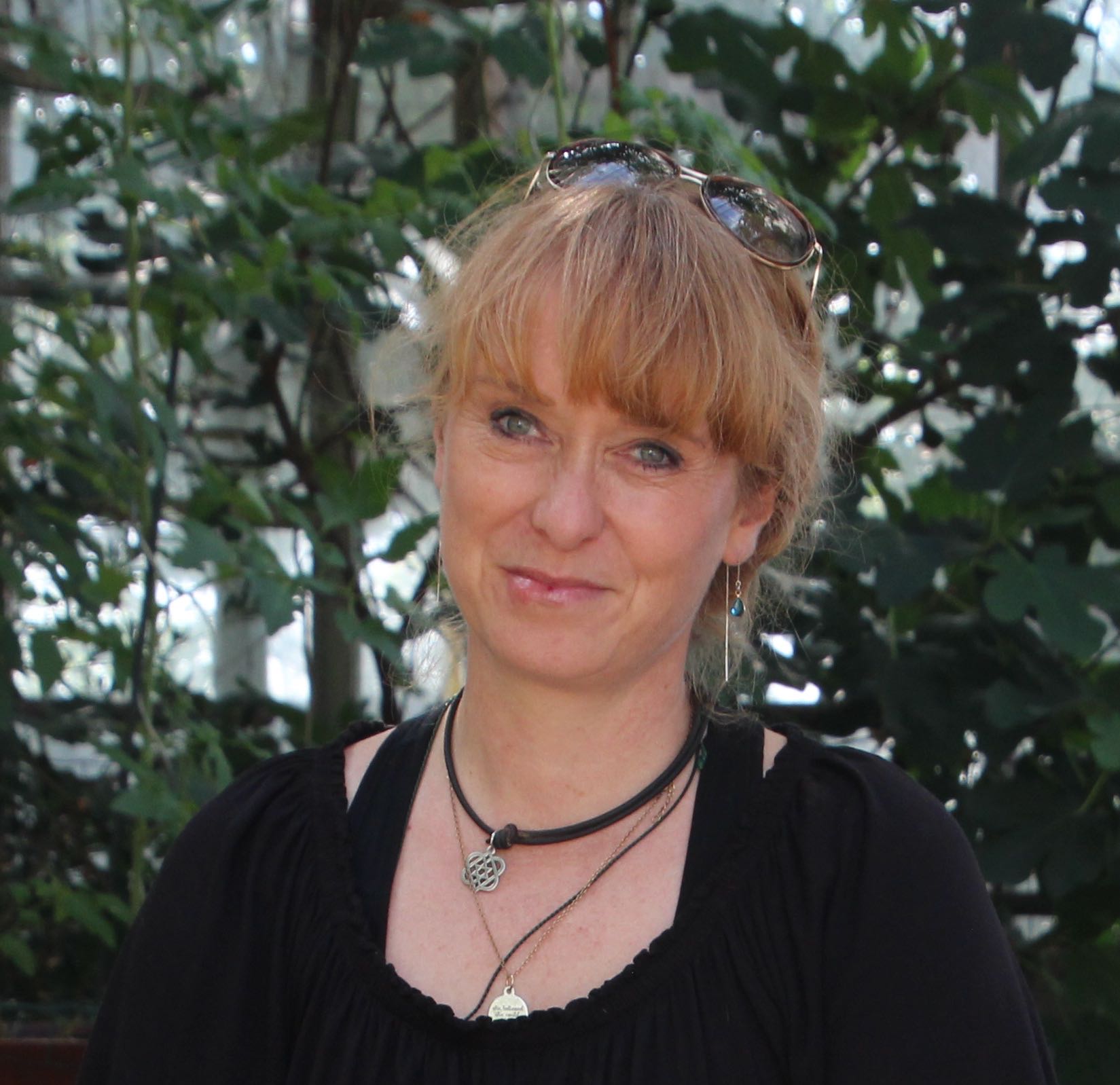