Semi-tropical fruits are not just meant for warm areas. In England, you will thrive if growing peach and nectarine. Peach can grow by a south wall, but nectarine needs more warmth. 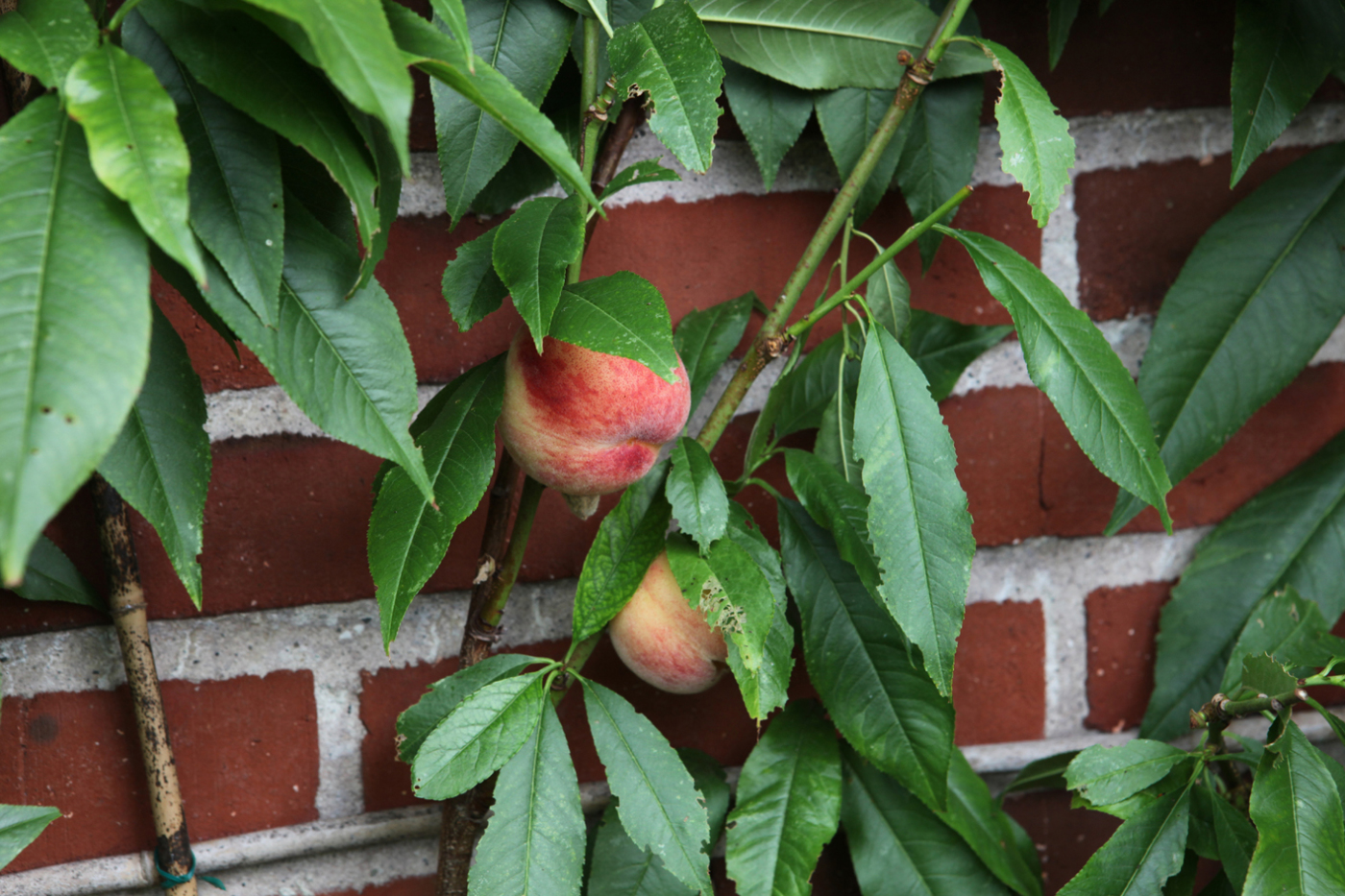 Peach can be cultivated by a south wall. They will ripen in late August.

Peach and nectarine are downy and smooth kinds of the same fruit, which originates from China.

The biggest problem of the two fruits is that they easily get the disease peach leaf curl. It is a disease that makes the leaves curl and that affects the harvest. Though new sorts are less sensitive than older ones.

You can prevent peach leaf curl by avoiding water on the leaves and buds until the 1st of May. You avoid this easily when cultivating under a roof or glass.

Almost all sorts self-pollinate, so you can settle for just one plant. Self-pollinating does not mean that the flowers always get pollinated. You can help by using a small piece of cotton wool or a soft brush, as there are typically no insects when the blooming sets in. If cultivating outdoors you can be sure that insects will pollinate.

Thin out between the branches

Pruning is important. If the shoots grow too close it is impossible for insects to pollinate.

The tree is very sensitive to pruning and shouldn’t be pruned during the winter, but just after harvesting. Otherwise, the tree is easily exposed to bacterial canker.

You should thin out between the branches while they are still thin during the summer. You get the best result if pruning in a fan shape.

After transplanting early spring all main branched should be cut back one third.

New shoots will grow from the main branches during the summer. They should be tied in the shape of a trellis or fan.

The tree will get many shoots, so remove some of them and leave one or two leaves. Air between the branched is important.

The shoots you keep should be cut above the fourth leaf, but not before there is at least 8 leaves. Otherwise as lot of shoots will grow again.

Remove what doesn’t fit in there but remember to leave one or two leaves on the shoot you prune. Too heavy pruning can cause bacterial canker. 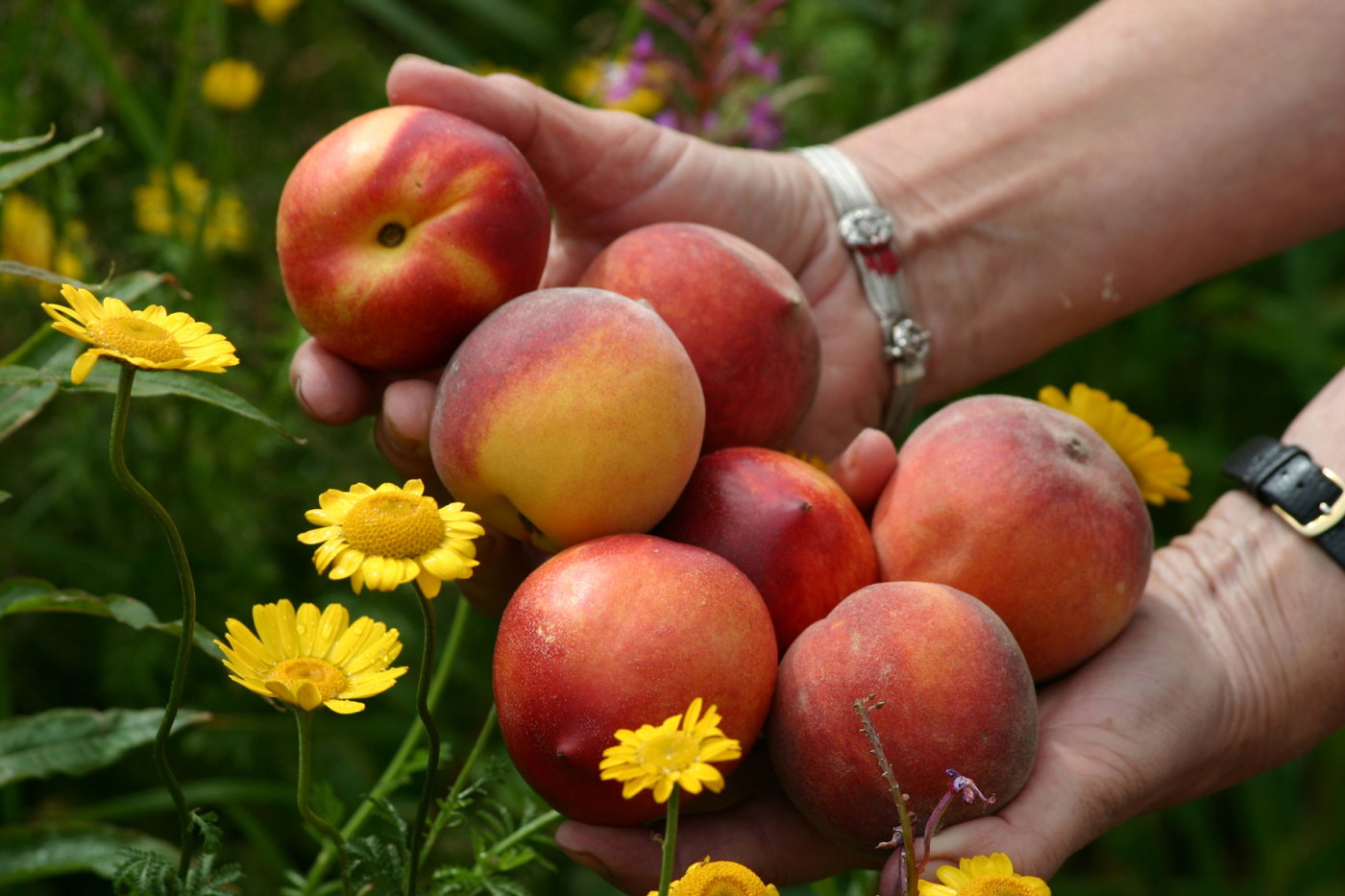 Thin out between the fruits

If there are fruits, there are often a lot of close-set fruits. There should be 4 inches between the fruits but wait to thin out until the fruits are a few inches large. A lot of the fruits might not be pollinated and will fall off by themselves, so it would be a shame to nip off the pollinated fruits. The fruit should be ripe or soft before harvested, which is in July when growing in a greenhouse, and in late August when growing outdoors.