Even though you can’t wait, it pays to hold off on transplanting

Cold April weather can be demotivating to the desire to transplant tomatoes and cucumbers in the greenhouse, but it is not so bad to hold off a bit. Many people put out both tomatoes and cucumbers far too early, and although just as many might claim that it went well, it is first later in the season that you really discover why it was not such a good idea. By that time, they might have forgotten the reason why the plants do not fully thrive and think that their plants are affected by a disease. It's like when streets and sidewalks are salted, you only discover the damaged plants that were hit by the salt, later in the year, when the growth really starts. 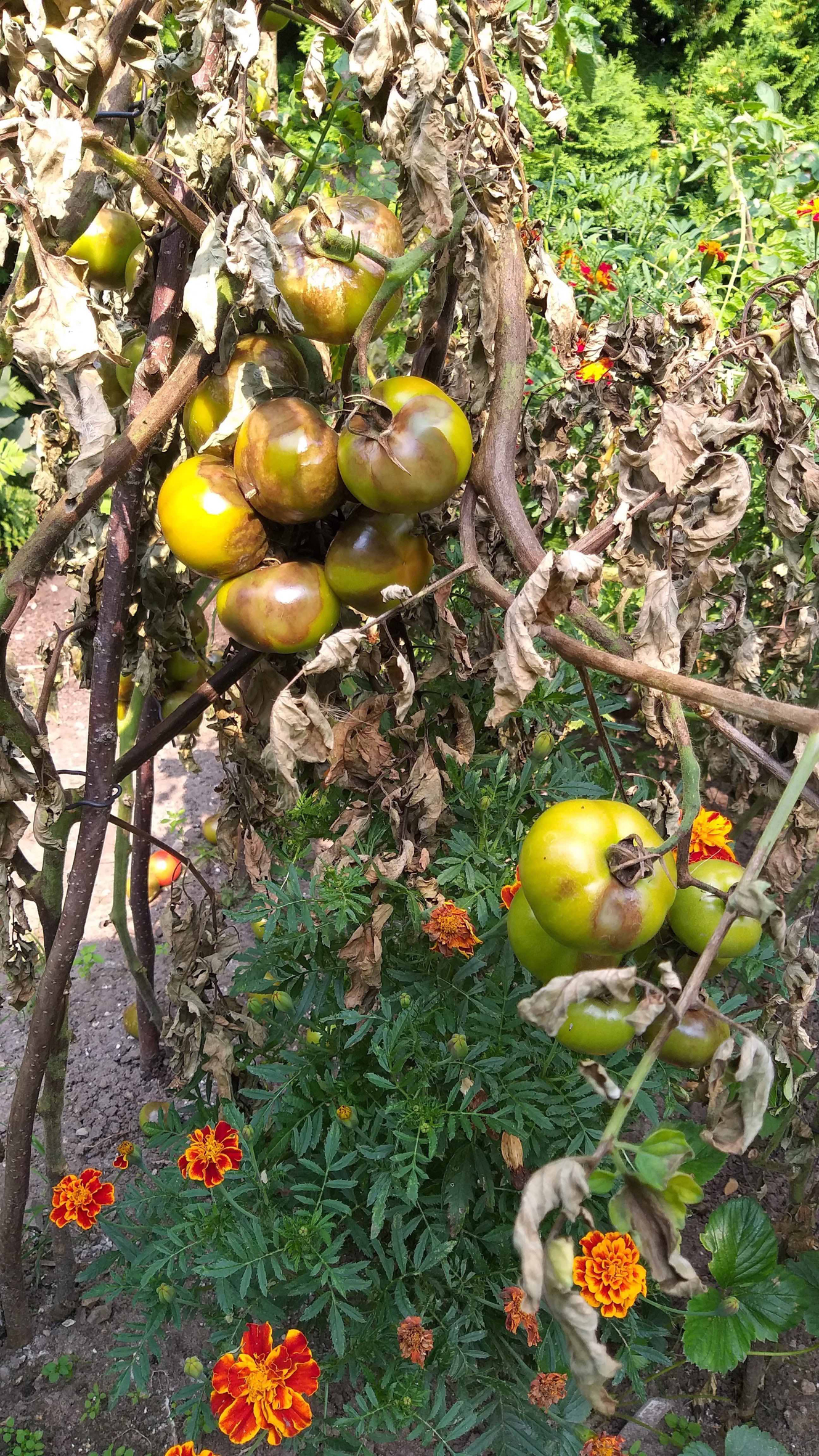 Cold can result in fungi on both stems and fruits.

If you put your plants out early without them getting extra heat, the root system will not develop as it should. Prematurely exposed plants get a poorer root system. They can tolerate it for a while, but when they then grow and bear fruit, the cucumbers can fall off and the tomato plants can get diseases. You should therefore control your patience. If you buy the seedlings at a nursery, or supermarket, let them care for your plants until they are ready. 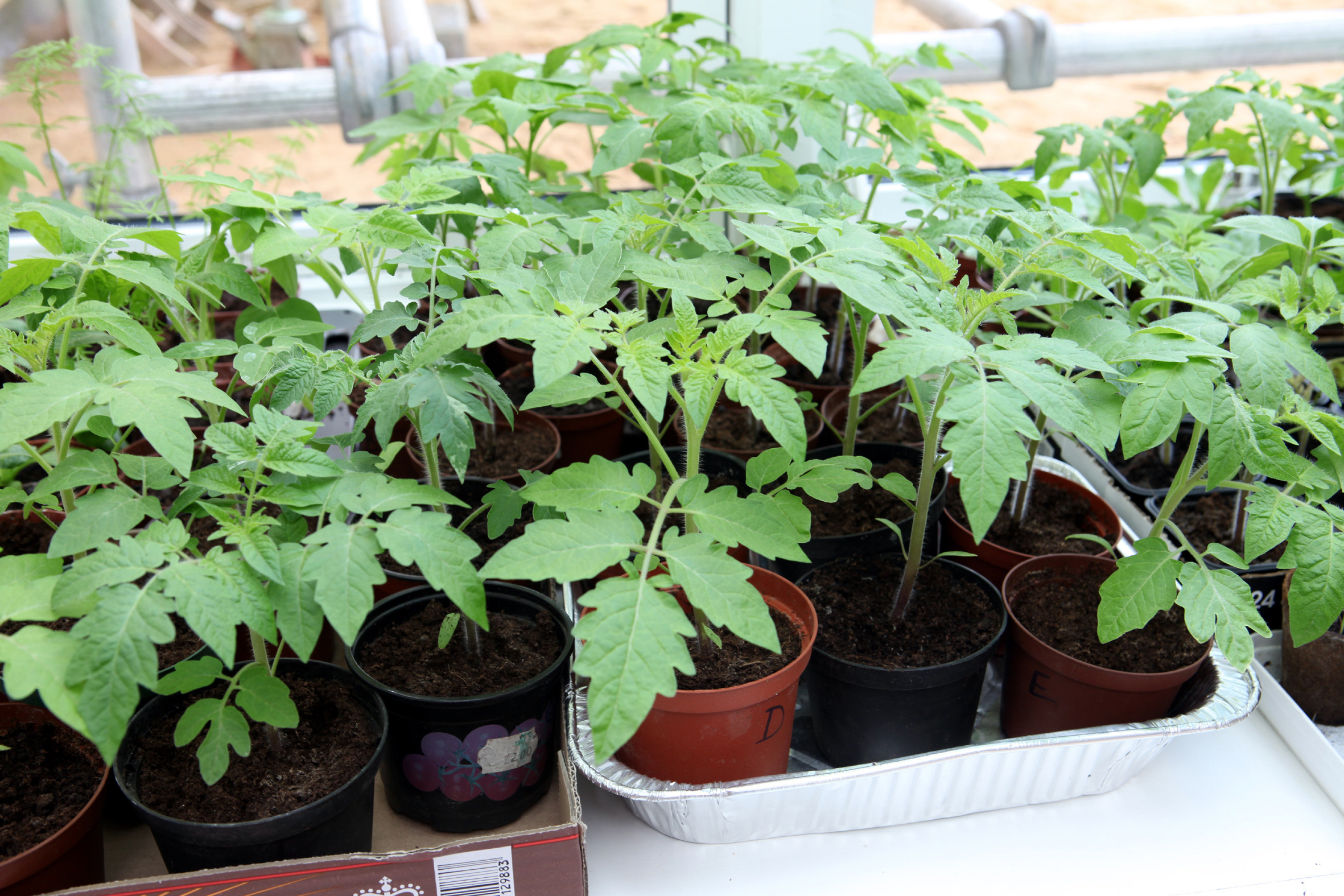 Tomatoes long for the outside but wait as they do not tolerate the cold. 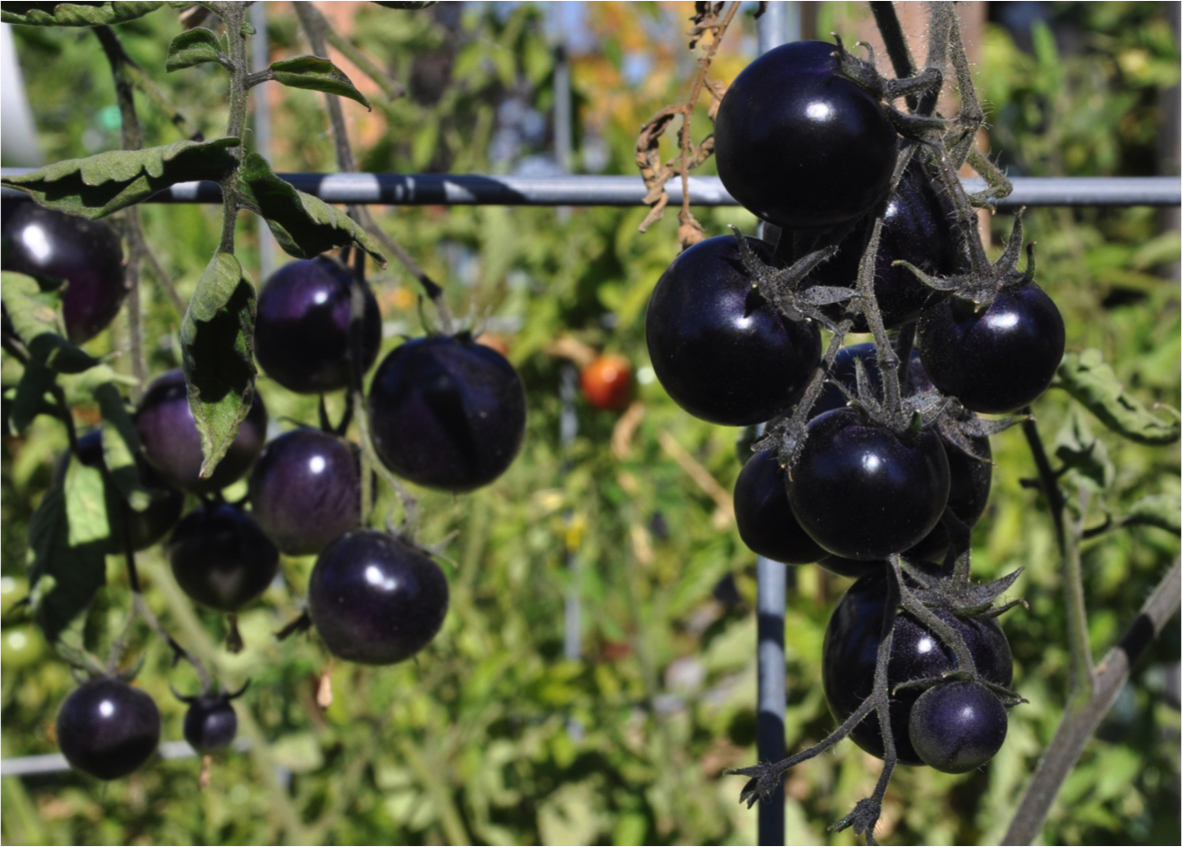 Black tomatoes are not a disease but something you can grow.

A tomato plant may at the earliest be put outside from mid-April and on, but feel free to wait until around the first of May, or later until mid-May. If you no longer have room for your tomatoes inside and want them out, then you need to harden them. That means you have to put them out in the daytime and take them inside again before the cold comes and the night begins. 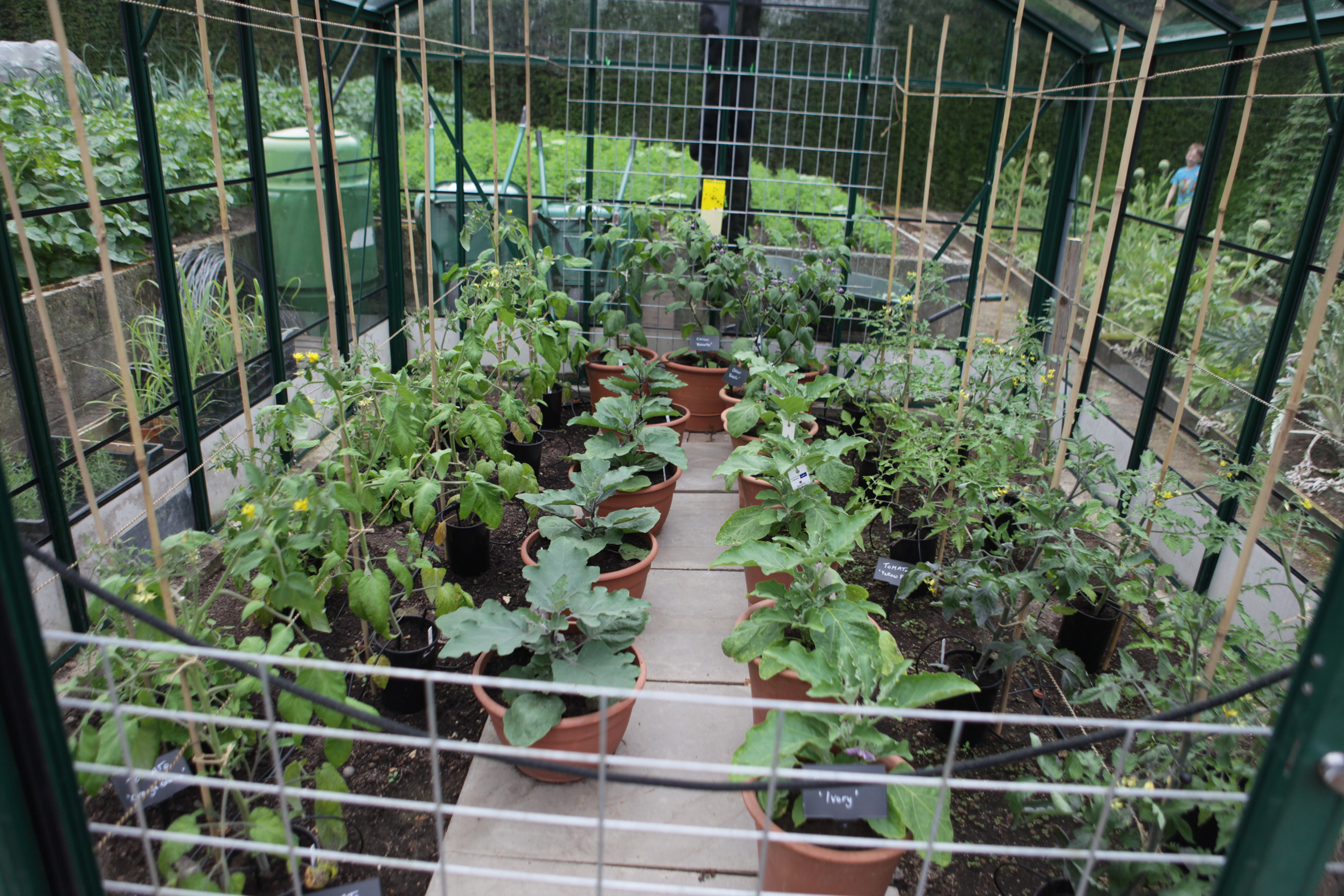 Transplant the tomatoes deep if they have become tall and thin in the window ledge, that is soil 4-6 inches up the stem. This gives them the opportunity to grow new and more roots that will grow from the stem in the soil. 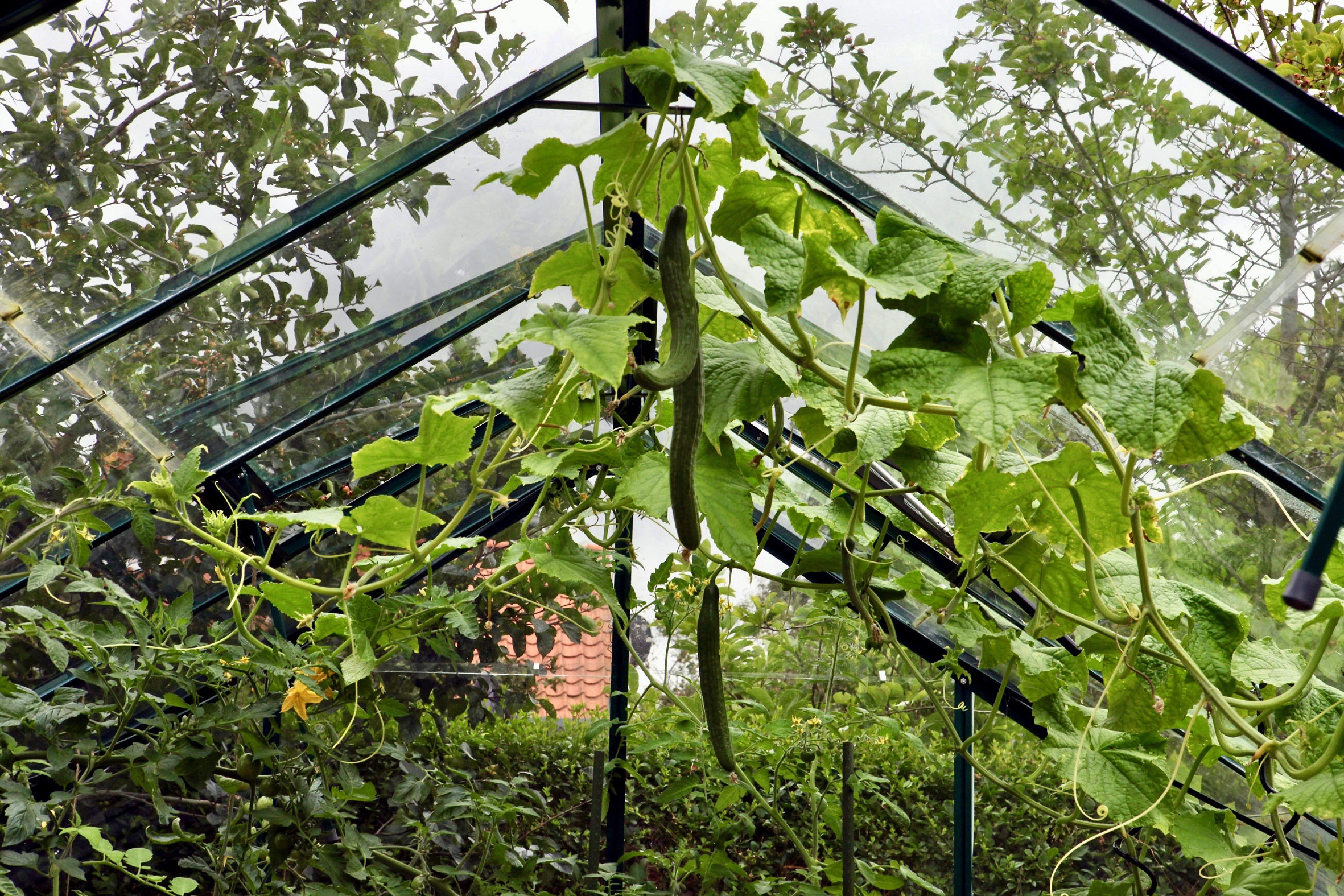 If you do not transplant your cucumbers too early, you can get healthy cucumbers growing up the ceiling.

The two family members also have to wait until mid-May to be transplanted. Pepper and tomato can be grown outdoors, but then you should definitely not transplant until a little later in June. Chilli requires more heat and thrives best in the greenhouse. 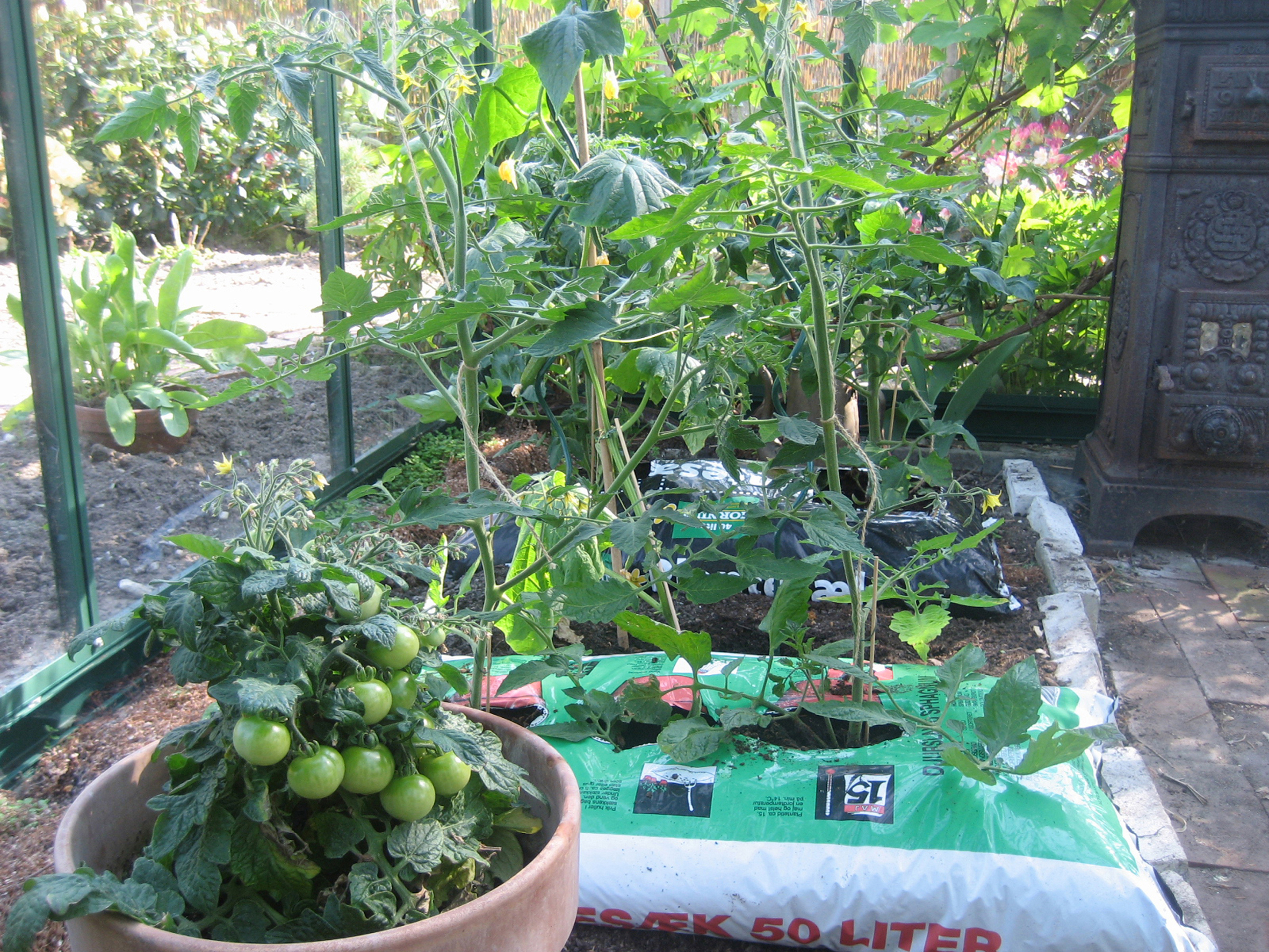 Growbags can be bought in different price ranges and the cheap ones are also fine.

Many choose to cultivate in growbags. Gradually, more and more manufacturers have switched to having as little sphagnum in the bags as possible and have replaced some of the sphagnum with compost. If your plants get sick quickly in the growbags, it may be because some of the compost used may have contained pesticides, and although it may be very small amounts, it is something that tomatoes, in particular, may react to.

The price differences depend on the volume, which fertilizer is used, and whether there is fertilizer in the bag or not. You can read more on the back of the bag. Organic fertilizer costs more than non-organic. If you use capillary boxes, you might as well buy a bag without fertilizer. Here, fertilizer for the plants is absorbed through the water in the capillary boxes.

In this article in the GreenhouseForum you can read about different tomato sorts and how to grow them.

Here you can read more about growbags