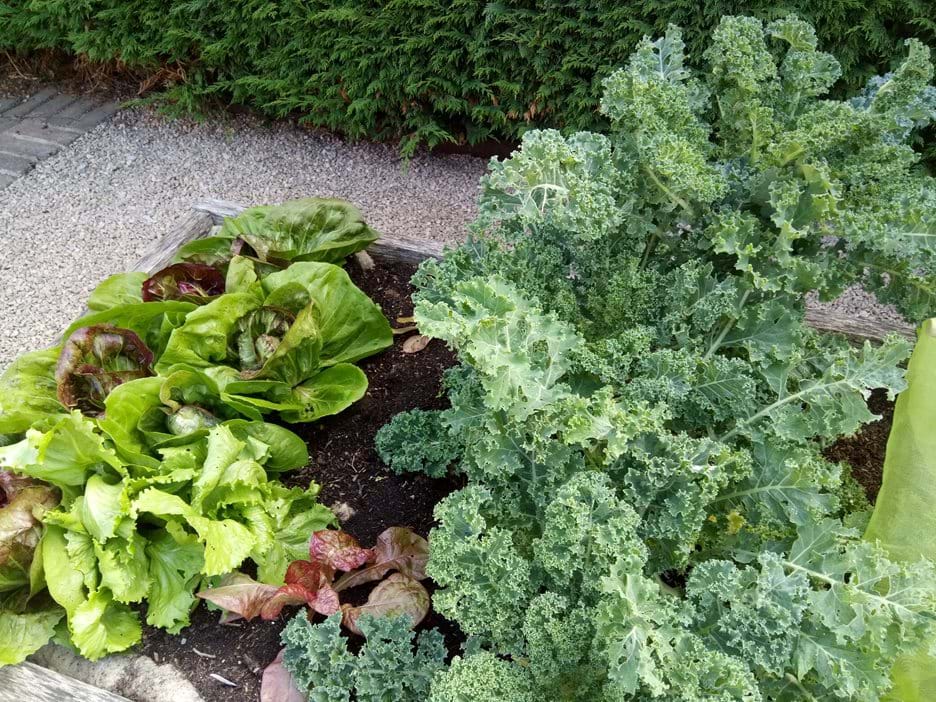 I’m a bit of a fair-weather vegetable grower, if I’m honest. I used to have an allotment before I moved and it was hard work. It was fun too, but it required a lot of attention, which was hard to give it with a full-time job. Battling the vagaries of the weather and the pests and diseases that were flourishing and the seemingly endless weeding meant it all felt like a bit of chore at times.

In my new garden I have a couple of beds that are set aside for edibles and cut flowers. It’s a much smaller amount of space and there are a lot of plants I used to grow that I can’t now. I do miss my bountiful blueberry bushes and the laden stems of the blackberry and having the room to grow potatoes, but what I have now is much more manageable. However, with the cost of food soaring I’ve decided I should make better use of the productive beds. Normally they’d be bare over the winter months, largely because that part of the garden suffers from standing water at that time of year. This isn’t normally a problem until after Christmas though, so I’ve decided to plant some autumn/winter crops such as kale, leeks and hardy salads. I won’t be self-sufficient by any stretch, but these are vegetables I eat a lot and they’re relatively forgiving to grow.

The leeks are growing well and are covered under a tunnel of enviromesh to keep off the leek moth which lays its eggs on leeks. I hadn’t heard of it before I grew leeks on the allotment and went there one day to discover the leaves were shredded. It might not be a problem here in Yorkshire, but leek moths are spreading across the UK and they’ll have loved this year’s hot weather, so I’m not taking the risk.

I planted some dwarf curly kale back in spring and it’s kept me and my neighbour supplied with tasty leaves all summer. I’m hoping it’ll keep going into winter, but just in case it doesn’t I’ve planted some young plants too. I’ve also sown some Italian black kale called ‘Cavolo Nero’, which should provide harvests of its crinkly, dark green leaves right through till next spring.

I don’t have as much need for salad during the colder months, but it can still be nice to have some leaves to pick, and some work well added to stir fries. I like the bitter leaves of raddichio and the peppery foliage of rocket and mustards such as ‘Red Frills’, and these will be mixed with the softer flavour of the colourful lettuce ‘Marvel of Four Seasons’, which will keep producing new leaves well into autumn before slowing down. Corn salad, also known as lamb’s lettuce, is a fantastic little plant that’s super hardy. You can crop from it throughout winter, although growth will slow down during really cold weather, then when the weather starts to warm up it’ll provide welcome pickings of greenery when there’s little else around. 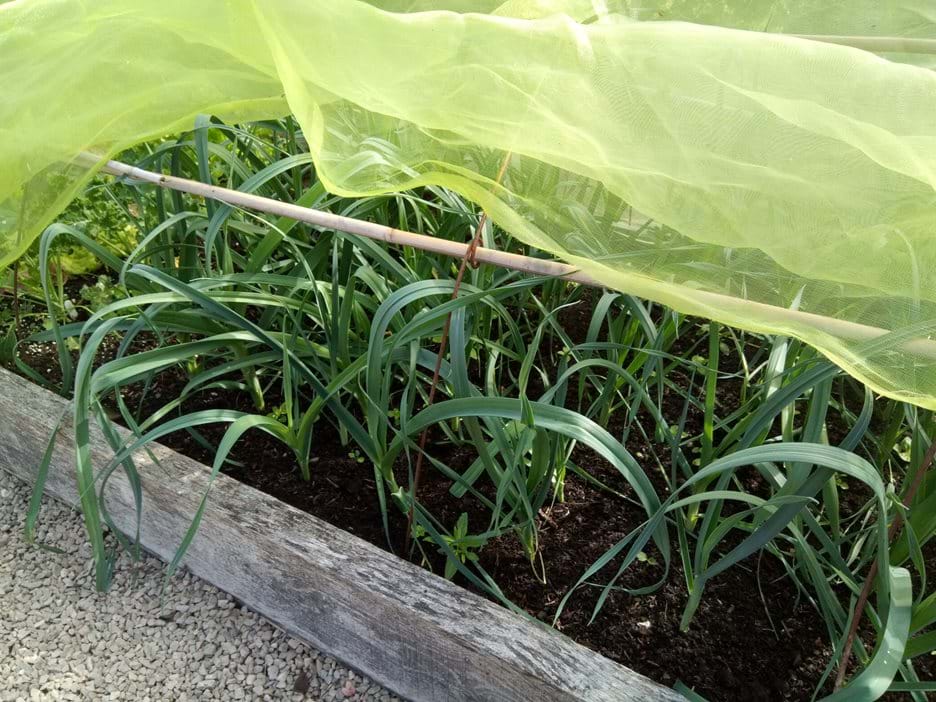 Leeks growing under enviromesh to protect them from leek moth.
Photo: Louise Curley 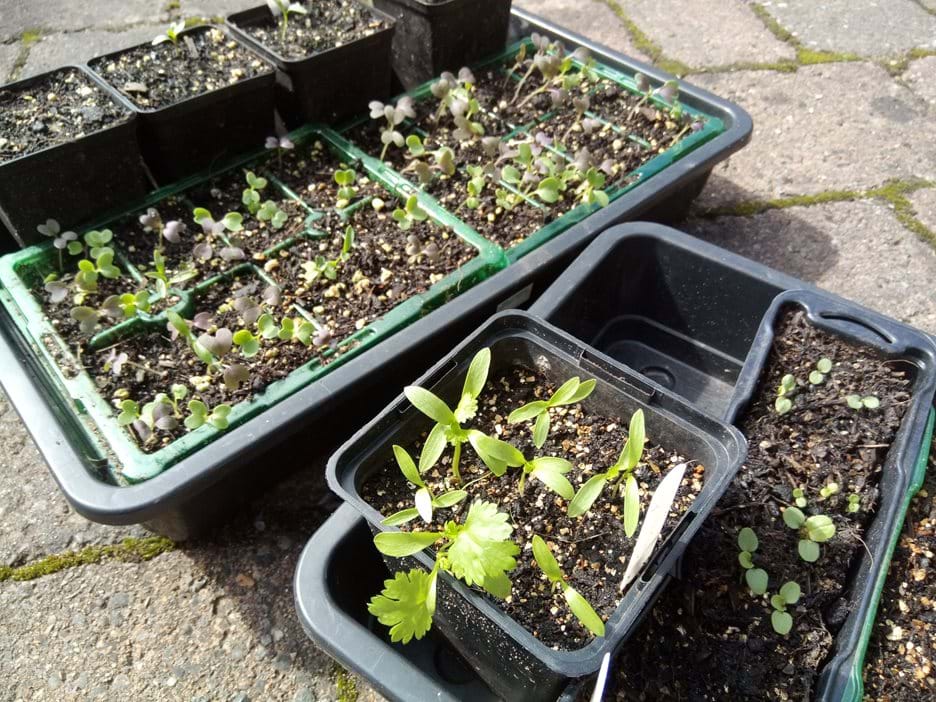 The edible part of the garden