Using Wildflowers in the Garden 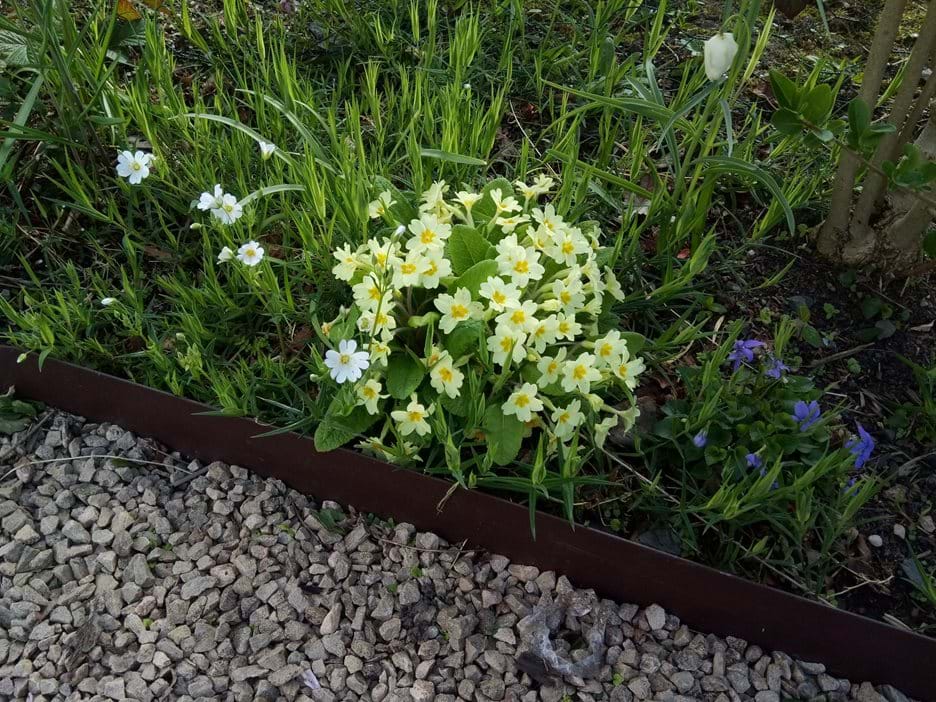 Wildflowers are struggling due to climate change, habitat loss and intensive agriculture. Traditional hay meadows, for instance, have declined by 97% in the UK since the early 20th century. This loss of wildflowers has a crucial impact on biodiversity affecting insects and birds that would ordinarily feed on these plants. The ripple effect on the complex web of life can impact on us too if there are fewer insects to pollinate to food crops. But gardeners can help. It’s estimated that gardens in Britain cover more than 10 million acres, that’s more than all of the nature reserves put together. So if gardeners could incorporate some wildflowers into their gardens we could improve biodiversity and make our gardens look pretty at the same time.

When I moved to this garden I had to replace a section of hedge. I didn’t like the bare soil around the base of the new hedging plants, but I wasn’t sure what to plant there. Then on a walk near my home I found the inspiration in the hedgerows and verges near the canal. Here all manner of wildflowers were growing, creating a corridor of pollen and nectar and places to nest and shelter for a whole range of wildlife. It also looked lovely.

Back at home I found a couple of online plant nurseries that specialised in wildflowers and with the help of a plant identification guide I ordered some plug plants of the wildflowers I’d spotted. These included primroses, greater stitchwort, selfheal, common vetch and dog violets. That autumn I also planted bulbs of snake’s head fritillary. This patch of soil gets waterlogged in winter and these fritillaries, which grow in the wild in water meadows in places such as Herefordshire and by the Thames, are the perfect match for the conditions.

I’m lucky to live somewhere with lots of patches of native woodland that are transformed by carpets of bluebells every spring. I inherited some bluebells in the garden when I moved in and I’ve kept these, although I’ll have to keep on top of them – if left alone they would take over and I’d prefer to have a wider mix of plants. The bluebells were already growing in a shady spot under a birch tree and I’ve developed this area to be like a woodland glade with wildflowers such as primroses, fritillaries, campion and wood anemones. If you want to grow bluebells make sure they’re English bluebells (Hyacinthoides non-scripta) and not the Spanish bluebell (Hyacinthoides hispanica) which has broader leaves and flowers all around the stem rather than just on one side like the English ones. It can crossbreed with the English bluebell and these hybrids have the potential to outcompete our native species.

You could replicate woodland-style planting under a deciduous tree or large shrubs, or in a shady spot in your garden. You don’t need to restrict yourself to just wildflowers but incorporating some in among other plants will help to attract wildlife.

I have an expanse of block paving underneath the washing line where I’ve lifted a couple of the blocks – they were just bedded in on sand – and in the gaps I’ve planted drought tolerant plants including some wildflowers such as sea thrift and sea campion. I wouldn’t be able to grow these plants elsewhere in the garden because they need really good drainage and my water retentive clay soil and the high rainfall would cause them to rot, but in the sandy soil here they’re thriving. They’ve also added pops of colour and a source of pollen and nectar to what was previously a barren space.

I don’t have any lawn in my garden, but one of the easiest ways to incorporate wildflowers is to create a mini meadow by letting your grass grow long and not using lawn fertiliser. As a result all manner of wildflowers can appear. You can also add wildflower plug plants to boost your lawn’s biodiversity. If you want to get from one end of the garden to the other simply mow a path through the longer grass. 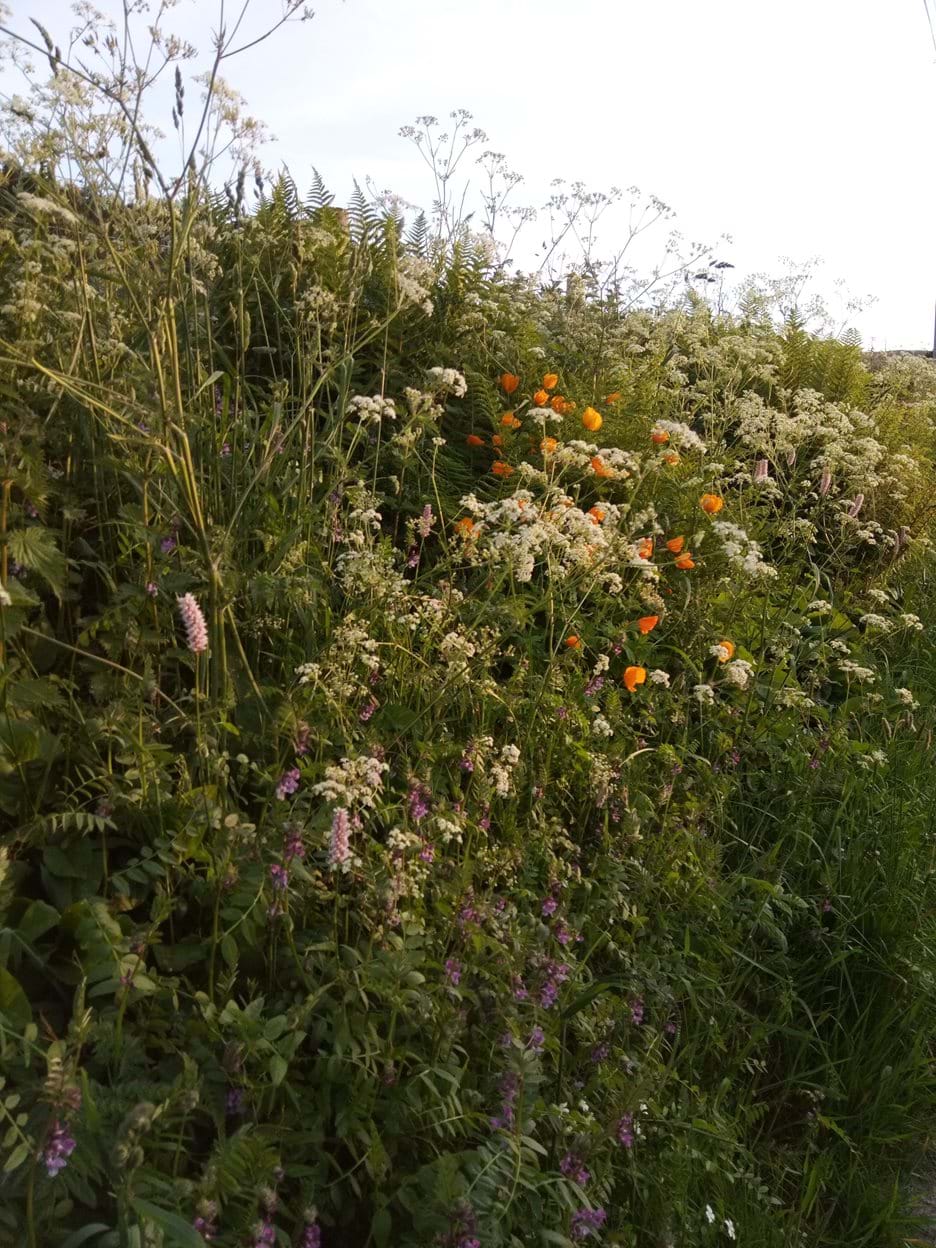 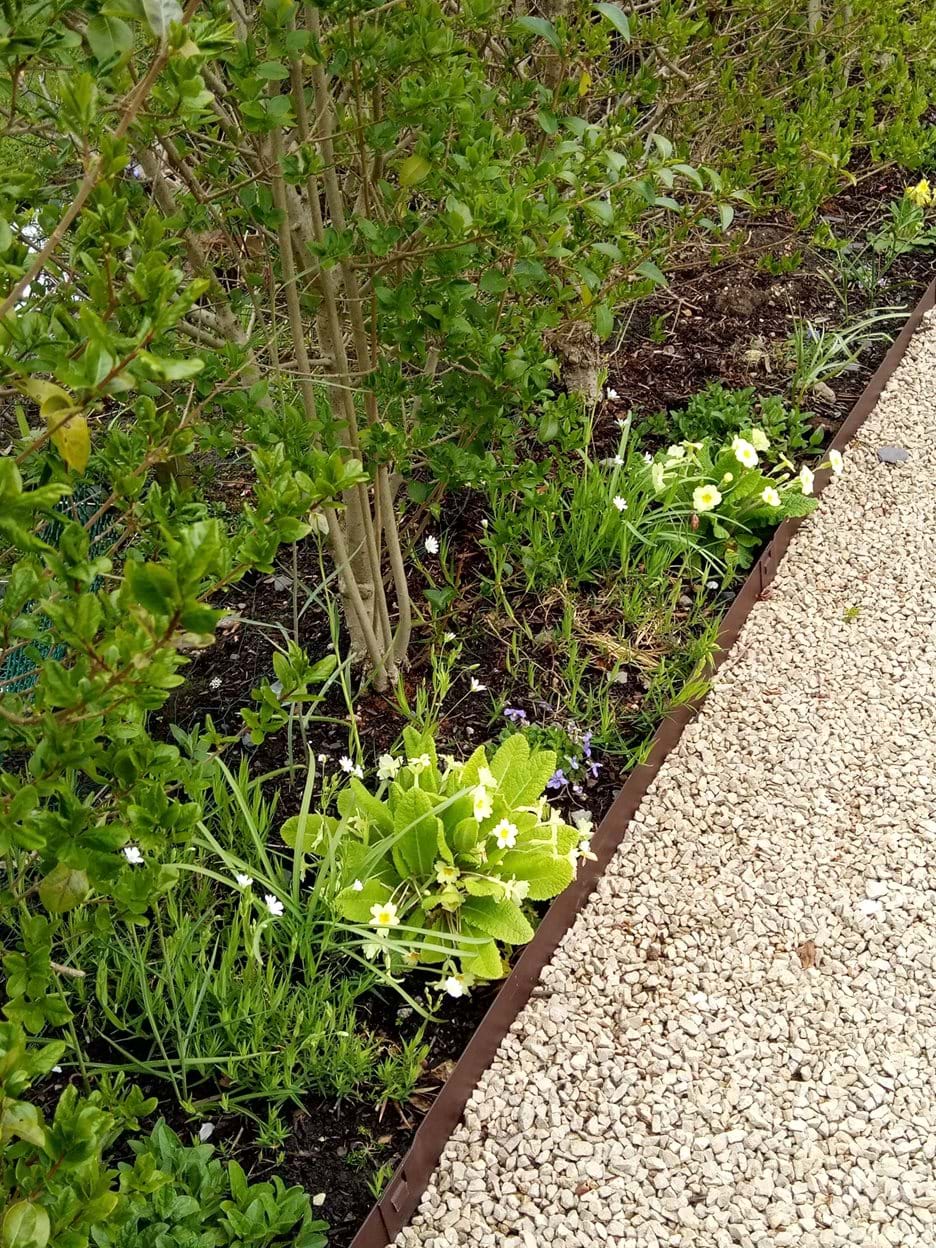 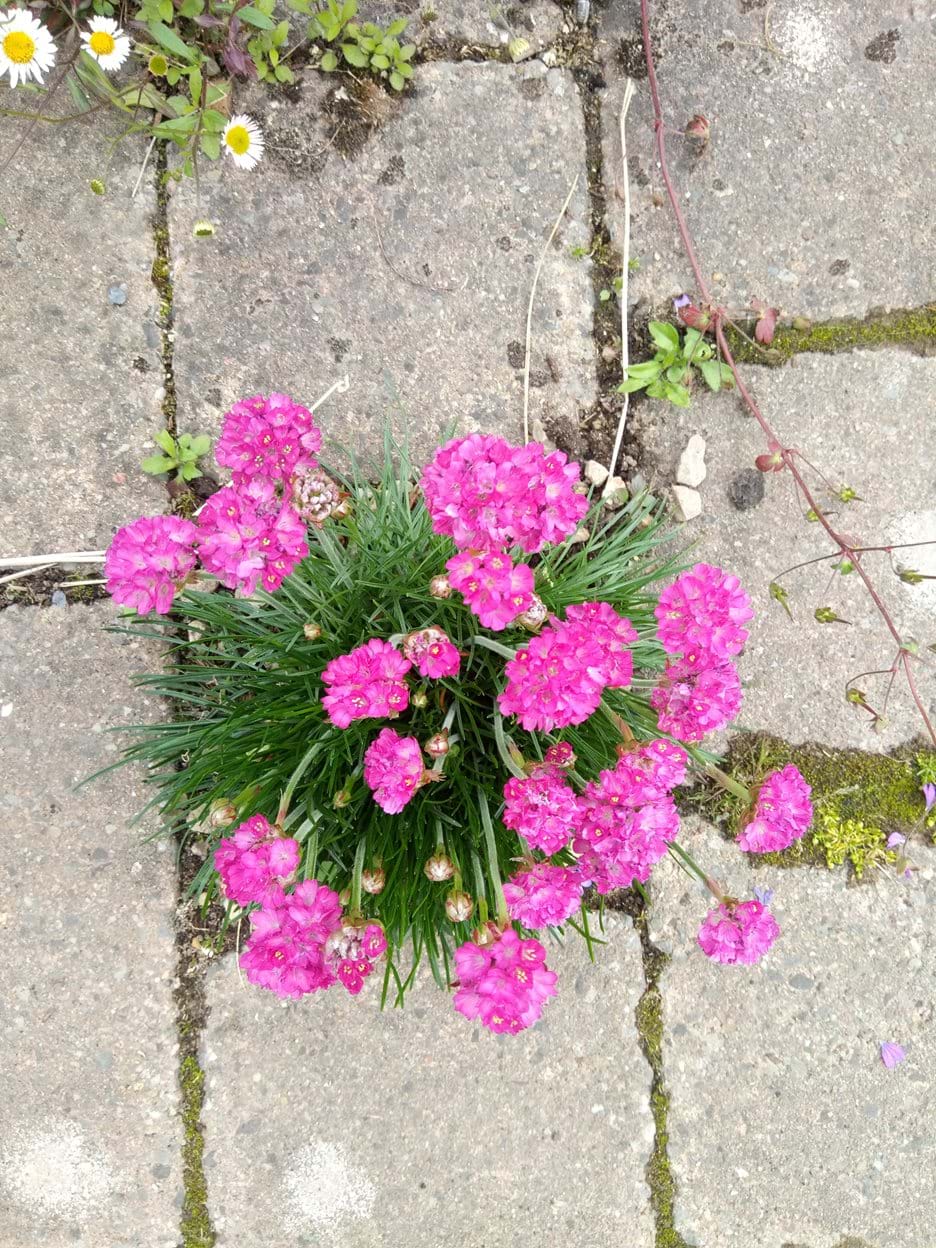