I’ve always been intrigued by unusual plants, things that look different to the typical plants in my garden or that are native to the UK. Lithops, for instance, fleshy, low-growing succulents that resemble pebbles or carnivorous plants that capture insects, then digest them to release nutrients.  But the plants that have captured my interest the most since I first saw them are air plants. Tillandsia, to give them their botanical name, come from Mexico and South America, and rather than having roots that grow in soil instead they can be found growing on trees or rocks. In the UK they’re typically they’re grown as houseplants but they can spend the warmer summer months outdoors.

Despite loving these plants it wasn’t until last Christmas that I became the owner of some when I was given them as a gift. They have a bit of a reputation for being difficult to look after but they’ve turned out to be relatively easy-going.

There are a few key points to observe if you want your air plants to thrive. They absorb water in the wild from rain or fog through tiny cells in their leaves. When grown as houseplants they can be submerged in water once a week for 30 minutes. Give them a shake to remove any excess water then allow them to dry off completely before returning them to their display to avoid rot developing. Alternatively you can mist them. I’ve found placing them in a sink and giving them a thorough soaking with a mist sprayer once a week has been sufficient to keep mine happy. In hard water areas it’s best to use rain water or bottled water.

Air plants like lots of bright but indirect light – a south or west-facing window that has frosted glass is ideal. If you don’t have this place them close to a window but not right up against the glass as their leaves can suffer from scorching and they’ll dry out very quickly in the intense sunlight. 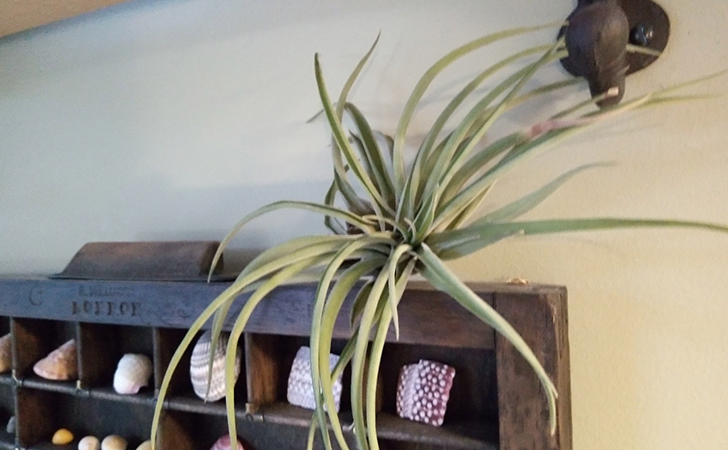 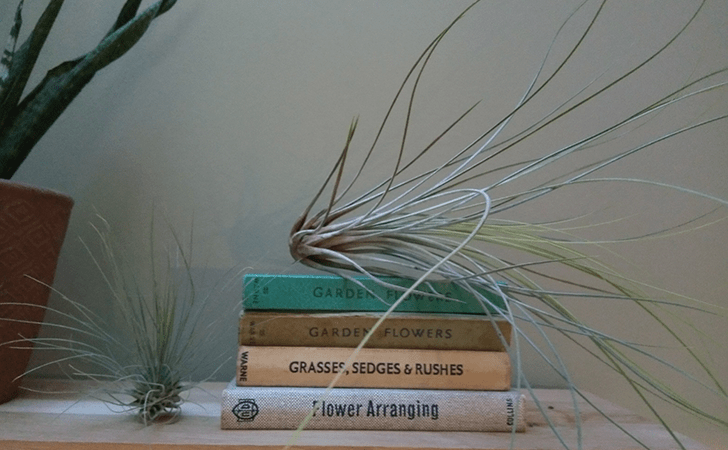 There are lots of interesting ways to display air plants whether it’s in glass baubles, terrariums or inside sea shells. They can even be wired or glued, using a silicon adhesive, to pieces of driftwood or cork bark.

There are lots of different species of air plant. Some have bulbous bases with long, thin, wiry leaves, some are squat with broader leaves and an open habit. Many have silvery green leaves but some have red or purple-tinted foliage and Spanish moss – not a moss but an air plant – produces masses of long, tumbling, silvery leaves that en masse look like a beard! Some even produce scented flowers.

Garden centres will sell air plants but for the widest selection seek out a specialist nursery such as Crafty Plants, Love Tillys or Andy’s Air Plants.