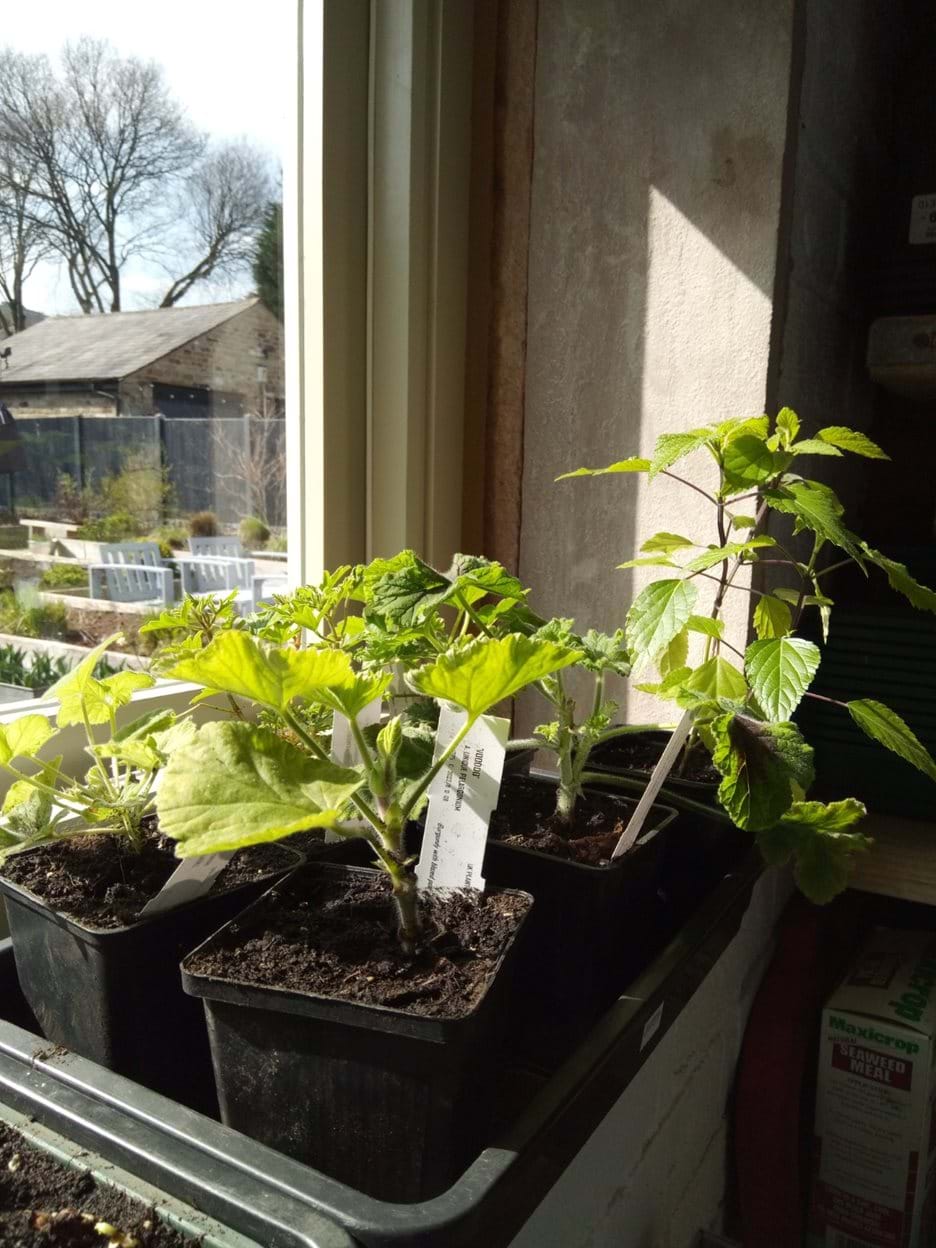 April is when greenhouse growing starts in earnest in the UK. It’s much too expensive and not environmentally friendly to heat glasshouses when all that warmth simply escapes through the glass, so it makes sense to be patient and to wait for things to warm up naturally. By the start of April there’s lots more light and, hopefully, more sunshine to encourage plants to germinate and grow quickly.

It can be full speed ahead now with sowing hardy annuals, and my trays are filled with sprouting sunflowers, peas, lettuce, cabbages and spring onions. I’ve pricked out and potted on the dahlias I’m growing from seed and some other flowering plants – violas, scabious and cerinthe.

I was a bit late in sowing my sweet peas this year, not getting round to it until the start of March, but it won’t be a problem; I’ll just have a later crop of flowers to pick. The sweet peas have germinated and are growing away healthily, and in a week or so, once they have 4 to 5 sets of leaves, I’ll pinch out the growing tips with my fingers to encourage side shoots to form.

April is also the month to sow half-hardy annuals. These are plants that won’t survive a frost, so they need to be sown indoors and kept undercover until the threat of frost has passed. The last date for frost occurring will vary depending on where you live, but it isn’t as simple as the further north you go the later the date. There are gardens in frost pockets in southern England where frosts are possible in May, while gardens on the west coast of Scotland warmed by the Gulf Stream will have their last frost in mid-April. You can find the last frost dates from various locations across the UK online. In my own garden in northern England I work on the basis that by the third week in May it should be warm enough for plants that have been hardened off sufficiently to be planted outside. Using that date I tend to sow fast-growing half-hardies such as cosmos and courgettes in the second week of April.

It’s a good time to visit garden centres to pick up plug plants of tender bedding plants. I don’t have the space to grow everything from seed and sometimes it’s just easier to let the experts with extra heat and light start off these plants. Once I get them home they’ll need to be kept in a greenhouse or on a sunny windowsill until at least mid-May. In the meantime I’ll need to pot them into bigger pots so that their growth isn’t stunted.

The pelargoniums I ordered from a specialist nursery have been potted up and will hopefully be in flower in a month or so. A couple have fragrant leaves – one smells of peppermint and the other of citrus and rose – and in the warmth they release their aroma, which is such a lovely treat while I’m pottering. 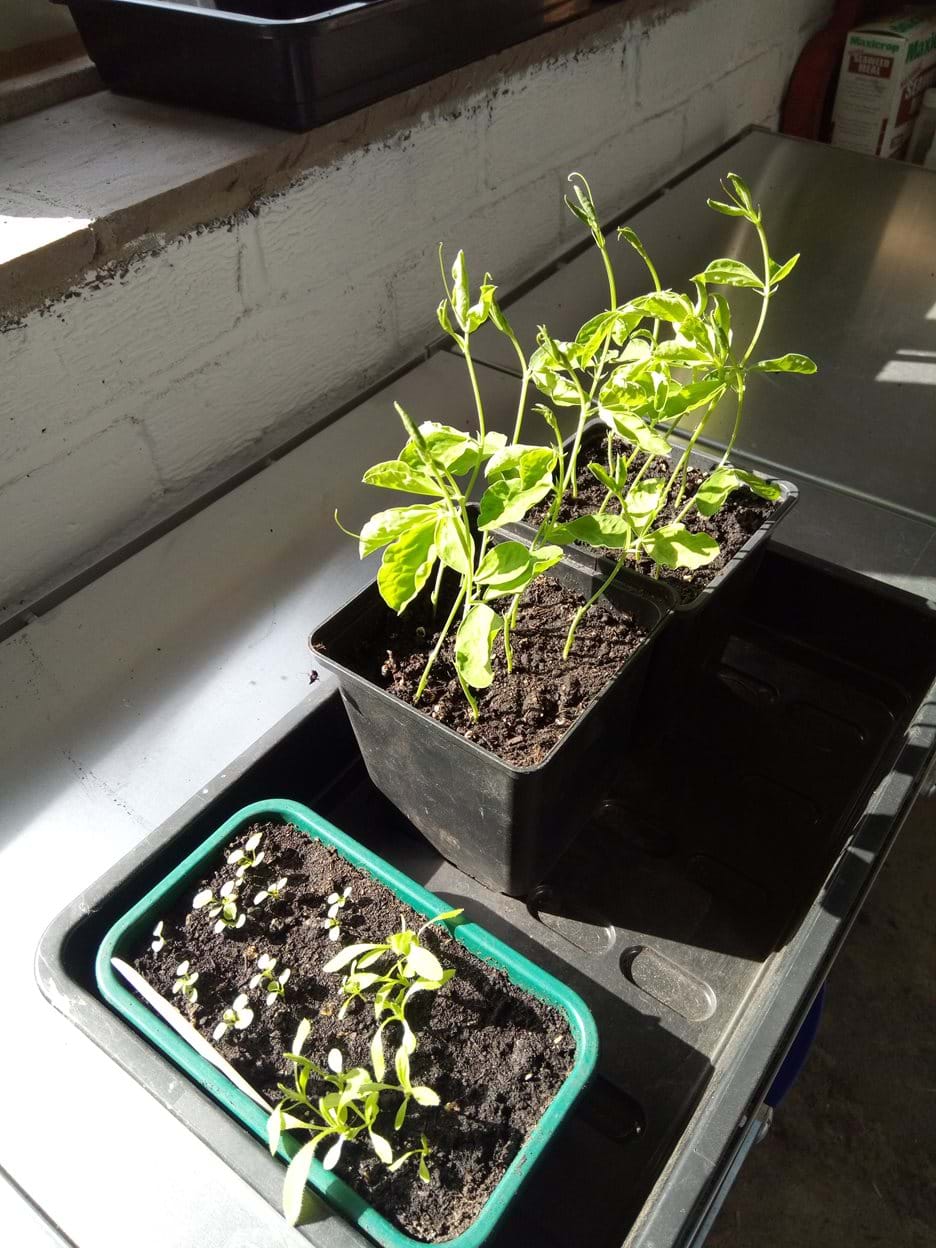 Guide: Tomatoes in the greenhouse

How to get started in the greenhouse

The Greenhouse in March