Where should the greenhouse be placed and on what?

Louise from the GreenhouseForum has once again put into words some greenhouse and garden considerations. Read or reread the first and second stories about getting rid of established flowers and whether one can sell an old greenhouse. 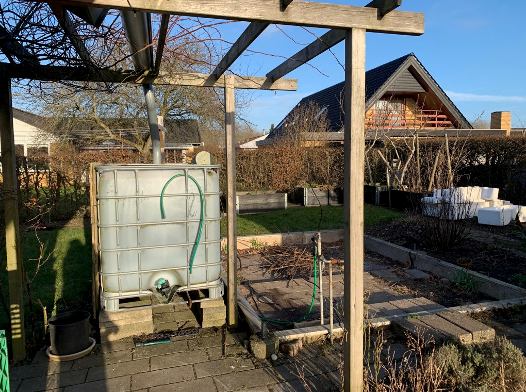 The next step in the garden project for this year is still cleaning up and out the beds but also the assembling of the new greenhouse. It would have been really smart of us to buy the same greenhouse in the same size, but we didn´t want it to be easy. The new greenhouse is 22 cm wider, so the pit for the old foundation does not exactly fit. In addition, we do not like the idea of ​​stepping one step down when entering the greenhouse. Since our plot is sloping and the greenhouse obviously needs to be level, I think we will make a small hill up to the greenhouse. I must honestly admit that I am left high and dry regarding this garden project, and my brain goes east and west about the considerations that need to be made before assembling the greenhouse so that we do not throw ourselves headless into the project. It's not easy for someone like me who is used to having to-do lists for the day, the week, the month, even for half a year ahead, so now I have tried to note down the challenges we might face and the considerations that must be done so that we can get the garden we dream of.

The greenhouse will be used to grow crops such as tomatoes, cucumbers, chillies, and peppers. Our garden is facing south, so my racing thoughts are on which conditions the common crops, which I, as a novice, will grow, require, as it will affect choosing the location for the greenhouse in relation to sunlight, as well as rules for distance to boundaries when placing the greenhouse.

Flooring in the greenhouse is another mystery that rumbles in my head.

My racing thoughts have forced me to the keys asking the GreenhouseForum´s garden expert Lars Lund, and he has some good considerations for the greenhouse's location and growing conditions for the crops I want to grow.

Weather conditions in the greenhouse

“If you place the gables east-west, you get the most light in spring and autumn, and if you turn them north-south, you get the most sun in the summer. If you live exposed to wind, most winds and storms come from the west, and it is, therefore, a good idea not to have the wide side facing west, because then there is something the wind can pull at, so shelter is very important. The shelter also creates a better climate in and around the house. If the side faces west, you may get more heat in at the end of the day, so it also depends a bit on what you prefer. But turn it the way you think looks most beautiful. However, do not forget shelter,” says Lars.

Good advice for placing a greenhouse in the garden

"If the greenhouse is to be used a lot for relaxing, I would choose to lay bricks or tiles as flooring throughout the greenhouse. You can always pick up some tiles and plant directly in the ground. Cultivation can be done in capillary boxes and pots. Cultivation in beds has other advantages. The plants require less water which can be obtained with a Juliana Vanlet drip irrigation system."

"There are two camps when it comes to cultivation:

As a greenhouse novice, I now feel ready for the next step in my greenhouse journey. I now know that the gables should face east and west. I also think we will be extra happy with the location, as we can look directly into the greenhouse from our terrace. Although we only want to use the greenhouse to cultivate in, we would like tiles, and Lars´s idea of ​​picking up tiles in some places and growing directly in the ground will be remembered. The rest will be grown in capillary boxes. I'm so looking forward to kicking off my first greenhouse season, but I am aware that there are some tasks ahead before our Premium greenhouse can be assembled: 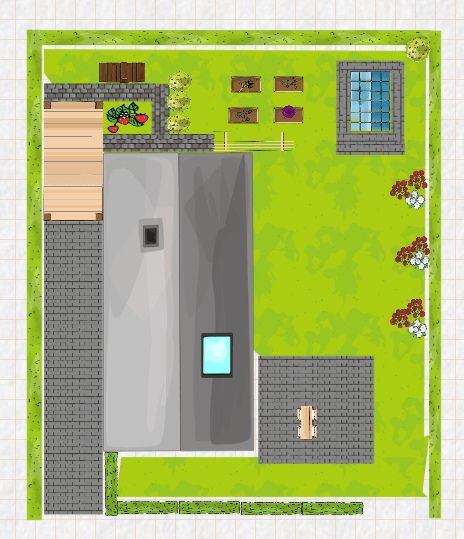 Read more next time when we assemble the greenhouse.

How to build a good base in your greenhouse