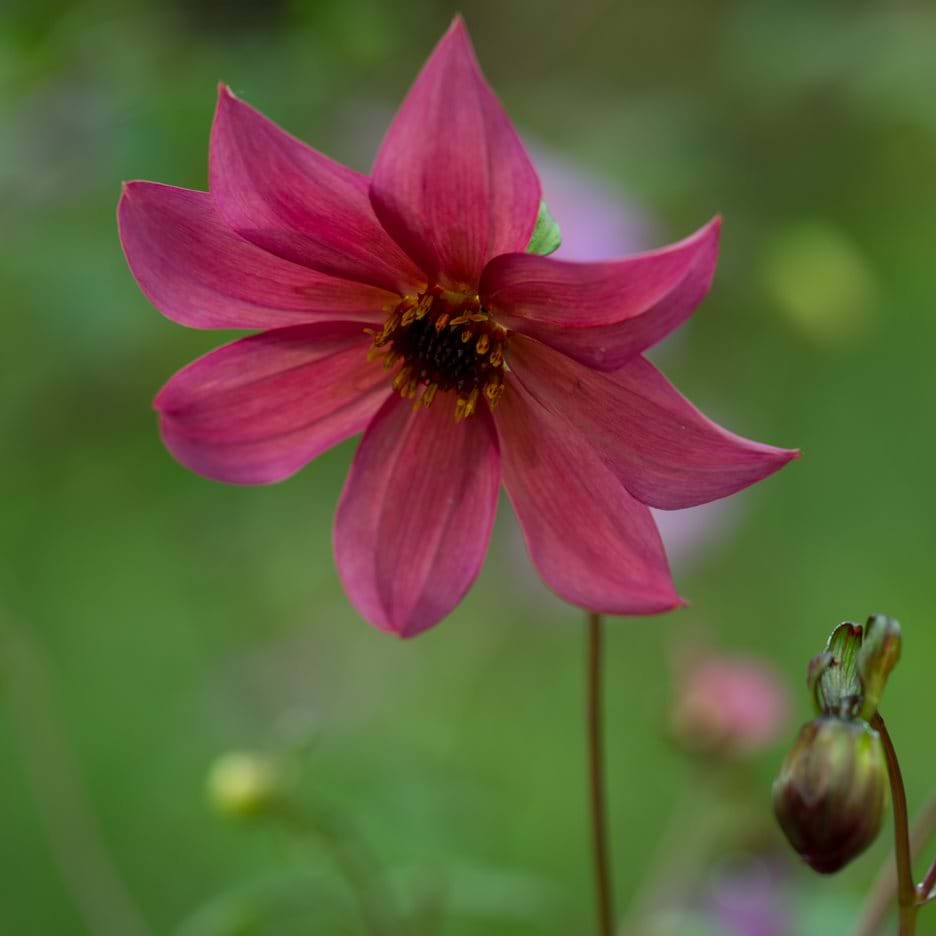 Dahlias are the must-have summer and autumn flower. Firstly, they’re great value for money, with a tuber which costs about the same price as a cup of coffee producing flowers for well over three months. They also come in such a mind-boggling array of colours and flower shapes that it’s almost impossible to choose which ones to grow. Many of them also make great cut flowers, allowing you to fill your home with vases of show-stopping colour.

Dahlias are tender so they need to be protected from frost, which means they can’t be planted outside, in most parts of the country, until May. If you can provide some protection in the form of a greenhouse, cold frame, conservatory or windowsill, it’s possible to get a head start by planting up the tubers in late March, placing them in large pots filled with multipurpose compost. The tubers should be buried just beneath the surface of the compost. Water the compost a little so that it’s slightly moist and don’t water again until you can see shoots appearing above the compost. Keep the pots in a warm, sunny position. 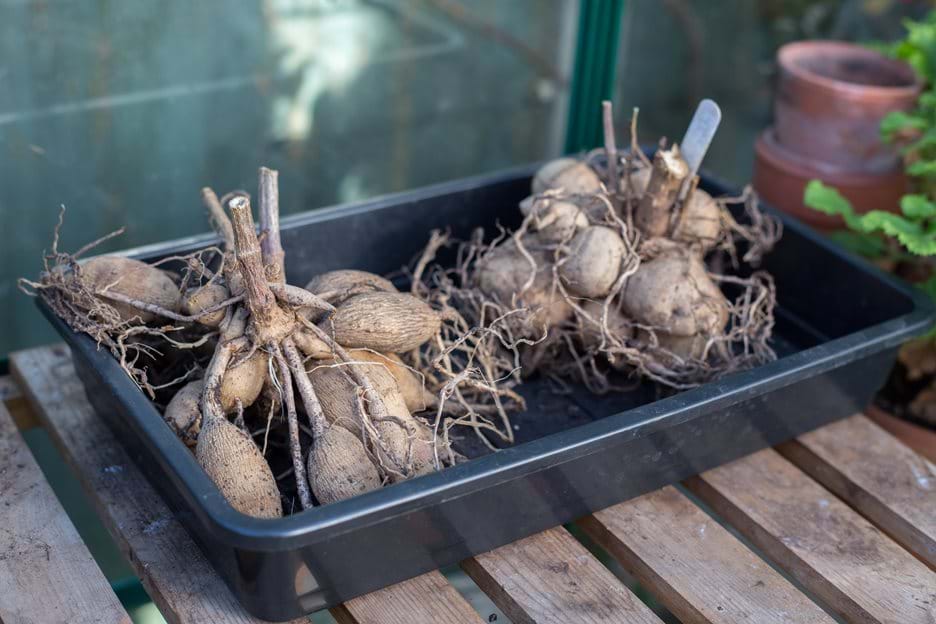 Dahlia tubers waiting to be plantet up

Slugs and snails love to nibble on the fresh growth of dahlias, so keep an eye out for them and use your preferred method of control.

As they grow keep the compost well-watered, and to encourage a bushy plant with plenty of flowers pinch out the growing tips of each stem when they reach about 40cm tall – simply take out the tip back to a set of leaves.

Harden off the dahlia plants in mid-May, moving them outside during the day and bringing them under cover again at night. Do this for 7 to 10 days and then leave them out at night too, with some horticultural fleece on standby if the temperature looks a little chilly. After a few more days they will be sufficiently acclimatised to growing outdoors and they can be planted out into their final homes. 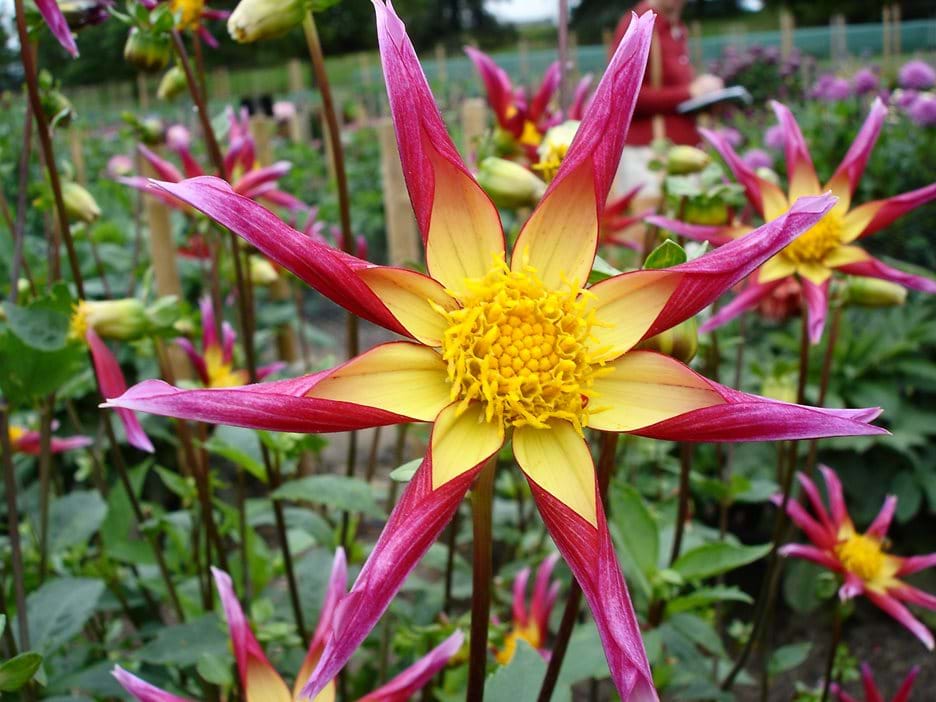 Dahlias come in almost every colour imaginable apart from true blue, but it’s the variety of flower shapes that makes them such unique plants.