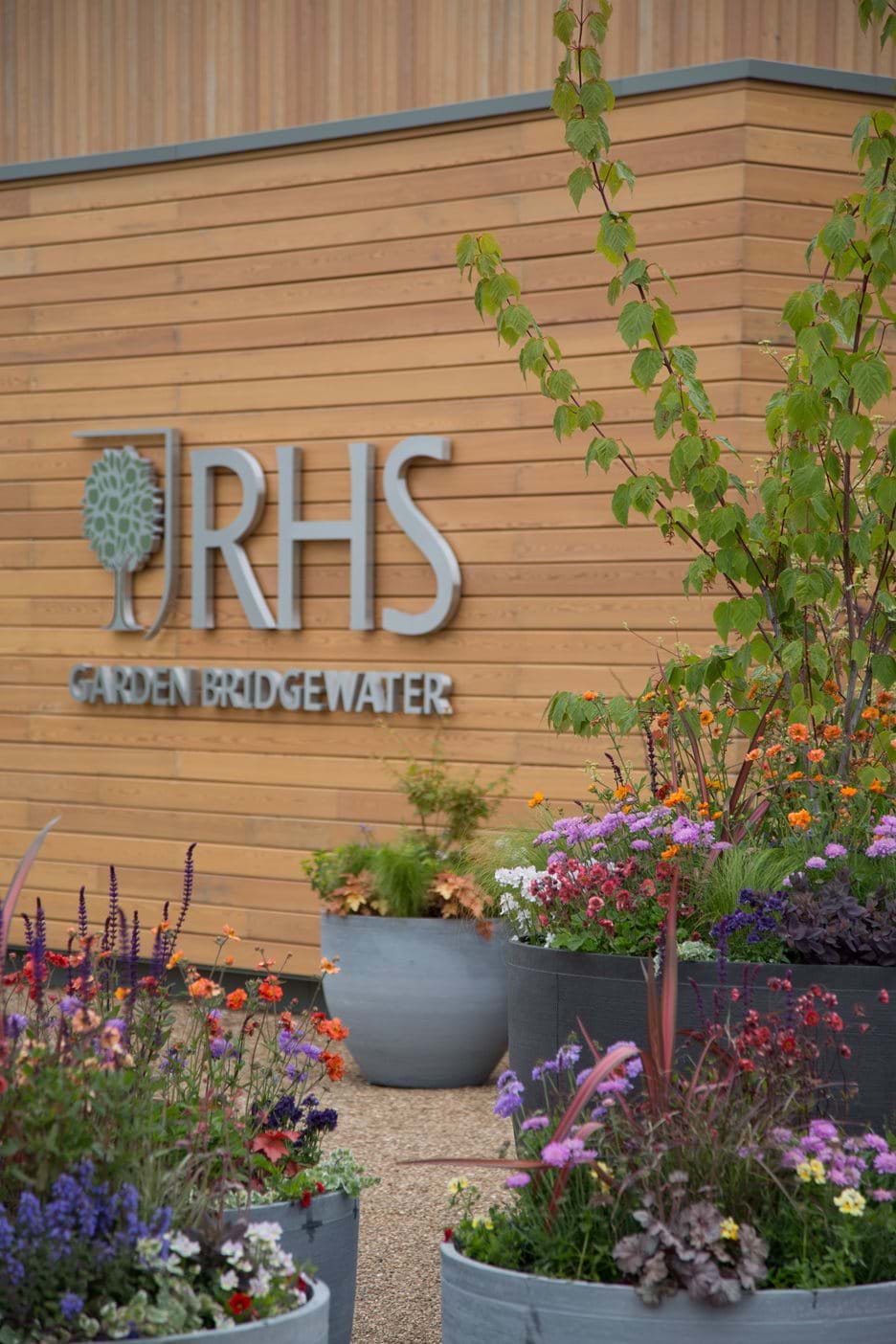 Visiting other gardens has been one of the best ways to find inspiration for my own outdoor space but the pandemic has meant that until last week I hadn’t be able to do this for some time. In fact it had been over 18 months since I’d been to another garden. Having my first vaccine and the gradual lifting of restrictions happened to coincide with the grand opening of a brand new garden, one of the largest garden projects in Europe – RHS Bridgewater in Salford, Greater Manchester – so it seemed about time that I ventured a bit further afield. 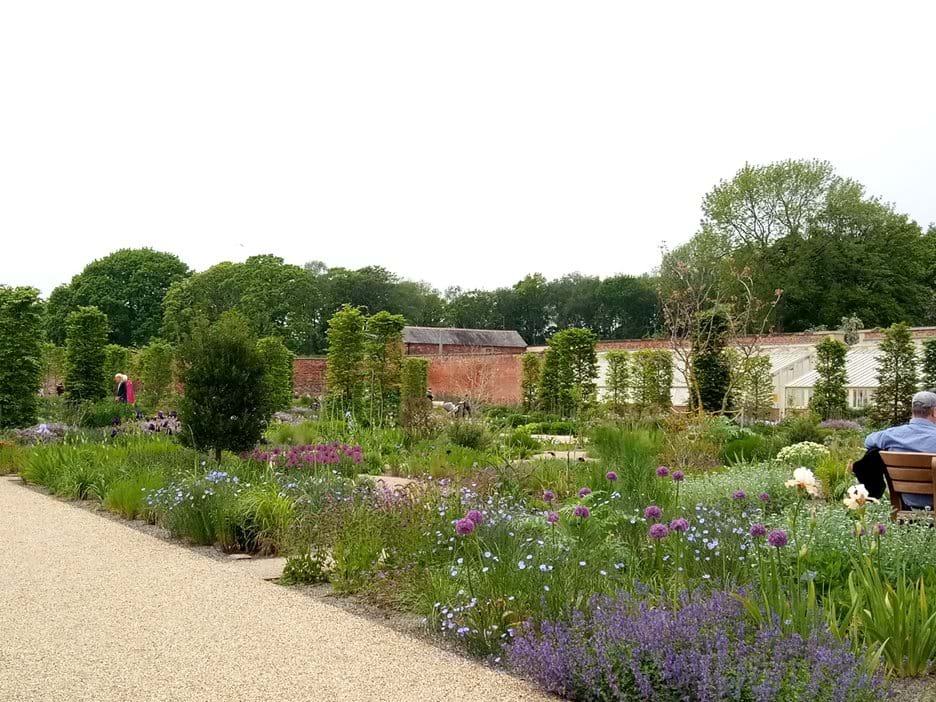 Bridgewater is the fifth RHS garden in Britain and is on the site of the former gardens of Worsley New Hall, a grand Victorian mansion built for the Earl of Ellesmere. Unfortunately the house no longer exists but the 154 acres of grounds including the former walled garden, which covers 11 acres and is one of the largest in the country, survived albeit in a state of disrepair. For the RHS who were looking to take on another garden it was the perfect site. In 2017 work started to bring the gardens back to life, and in May 2021 RHS Bridgewater opened to the public.

Within the restored brick boundaries of the walled garden the space has been divided in two, with a kitchen garden designed by Charlotte Harris and Hugo Bugg that celebrates edible plants and the paradise garden created by Tom Stuart-Smith, which takes its inspiration from the first gardens created in Persia over 2000 years ago.

The idea of the kitchen garden is for it to be an evolving space that’s both beautiful and productive. The walls provide support to heritage varieties of fruit trees which are being trained in a range of intricate shapes including u-shaped cordons and espaliers. Some of the pears have been grafted from plants that were discovered growing on the site and that had originally been planted in the garden in the Victorian period. Parts of the kitchen garden have also been planted using the fascinating idea of forest gardening – a productive type of gardening that uses trees, shrubs and perennials which are either edible or useful to humans.

The paradise garden is a beautiful relaxing space with a central lily pond that’s fed by two rills that run almost the length of the garden. I was particularly intrigued and impressed by the unusual planting. The walls create a micro-climate within the garden which means plants from the Mediterranean and Asia can survive despite the northerly location. One section has had lots of grit added to the soil to replicate the free-draining conditions in the Mediterranean and drought-tolerant plants, such as creeping thymes and bearded irises, have been planted – there are a whopping 27,000 plants in total in the Paradise Garden alone.

Along the south-facing wall two new greenhouses have been built to house fruit, such as figs and peaches, and tender succulents. These greenhouses are heated by a biomass boiler, unlike the original greenhouses which would have been kept warm by a coal-fired heating system. You can still see the towering brick chimney which would have allowed the gardeners to grow all manner of exotics in the 19th century.

There’s an orchard consisting of old varieties that’s underplanted with wildflowers and areas where community groups can grow fruit and vegetables. And I loved the bold drifts of naturalistic planting, also designed by Tom Stuart-Smith, by the entrance. Some elements such as the Chinese streamside garden need a bit longer to get established, and other sections such as an arboretum and the terraced gardens that once stood in front of the hall are still waiting for work to begin on them. But to see such a vast garden at the very beginnings of its journey and to be able to revisit to watch the place evolve and mature is both exciting and inspirational.

*For more details and to book a visit go to rhs.org.uk 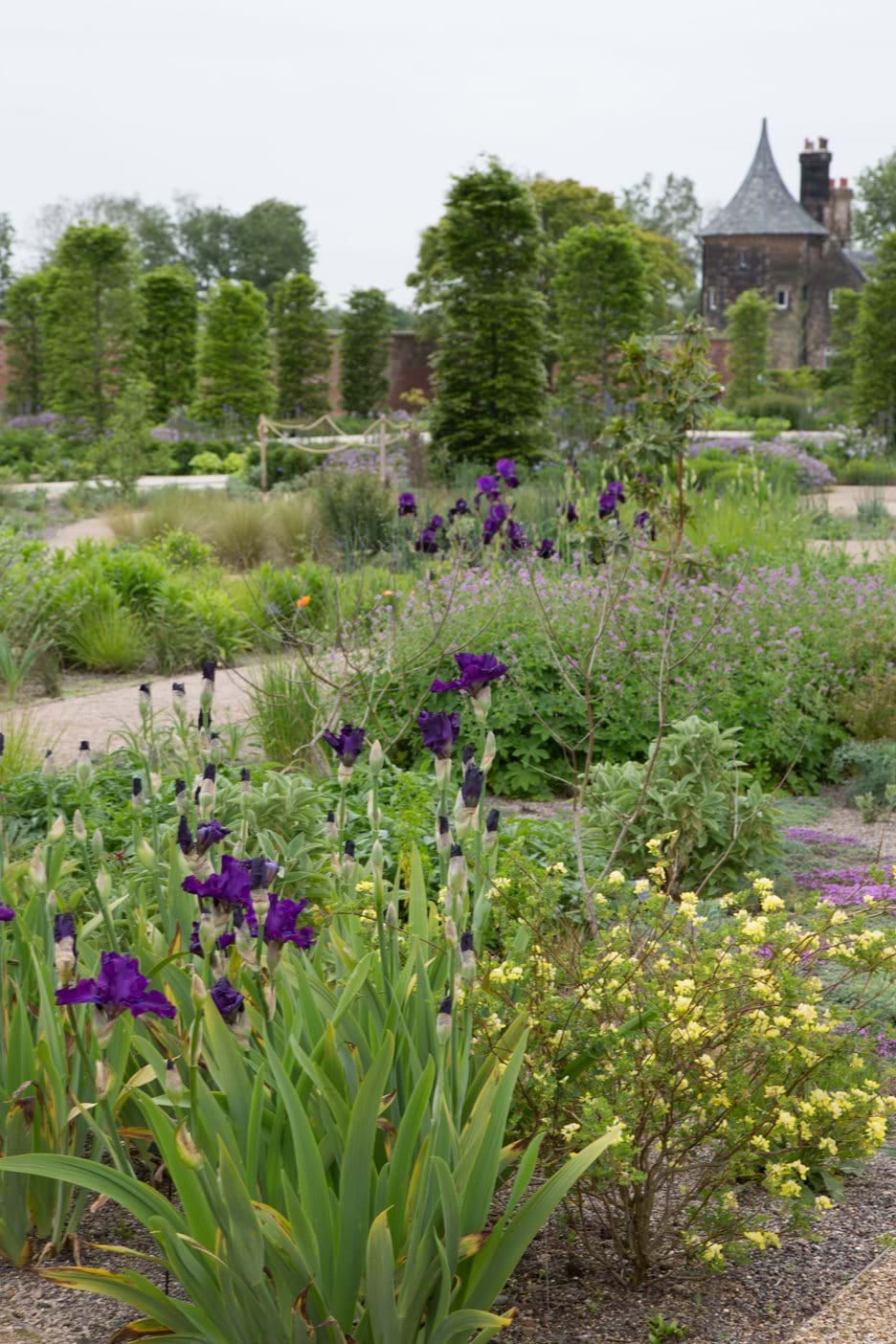 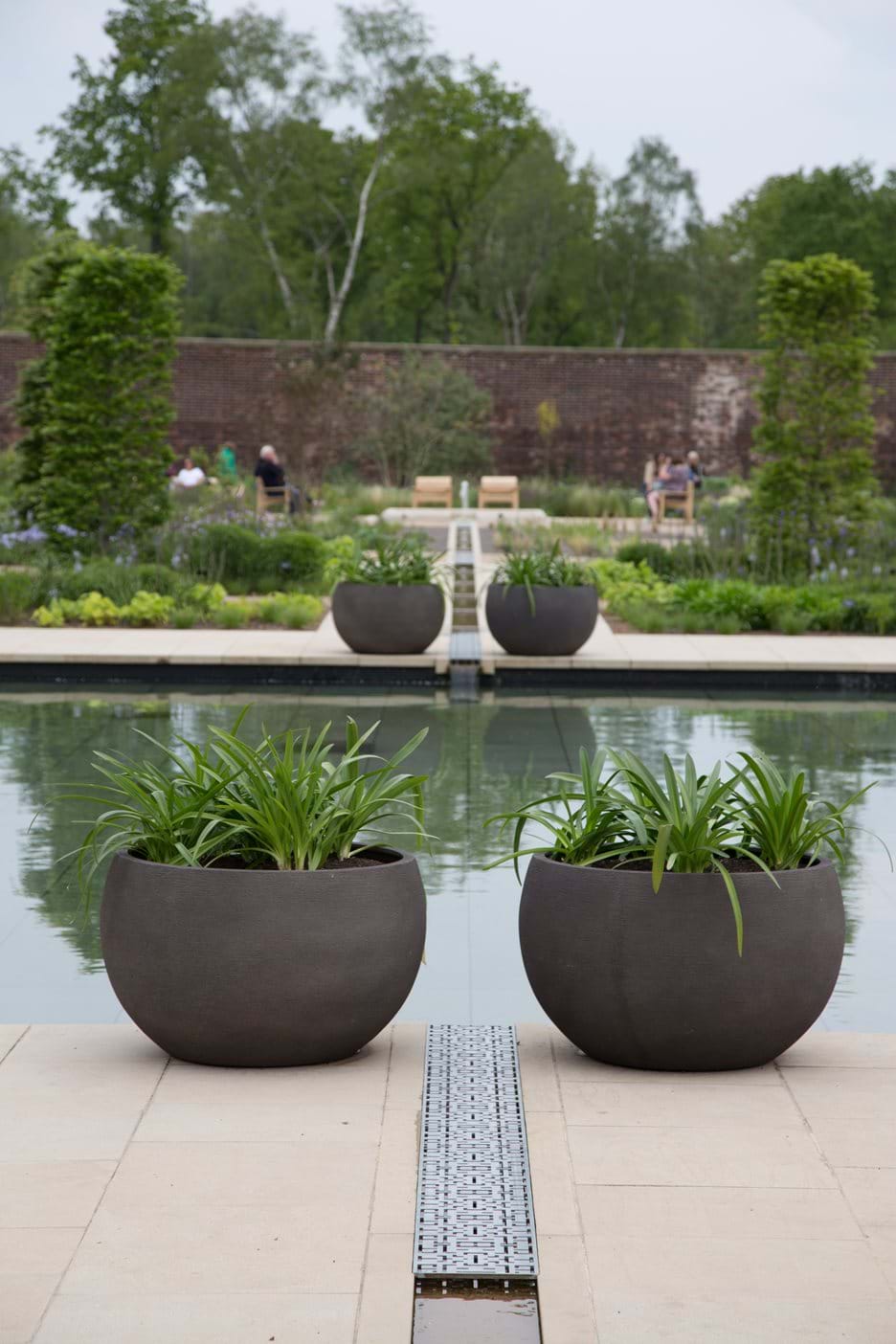 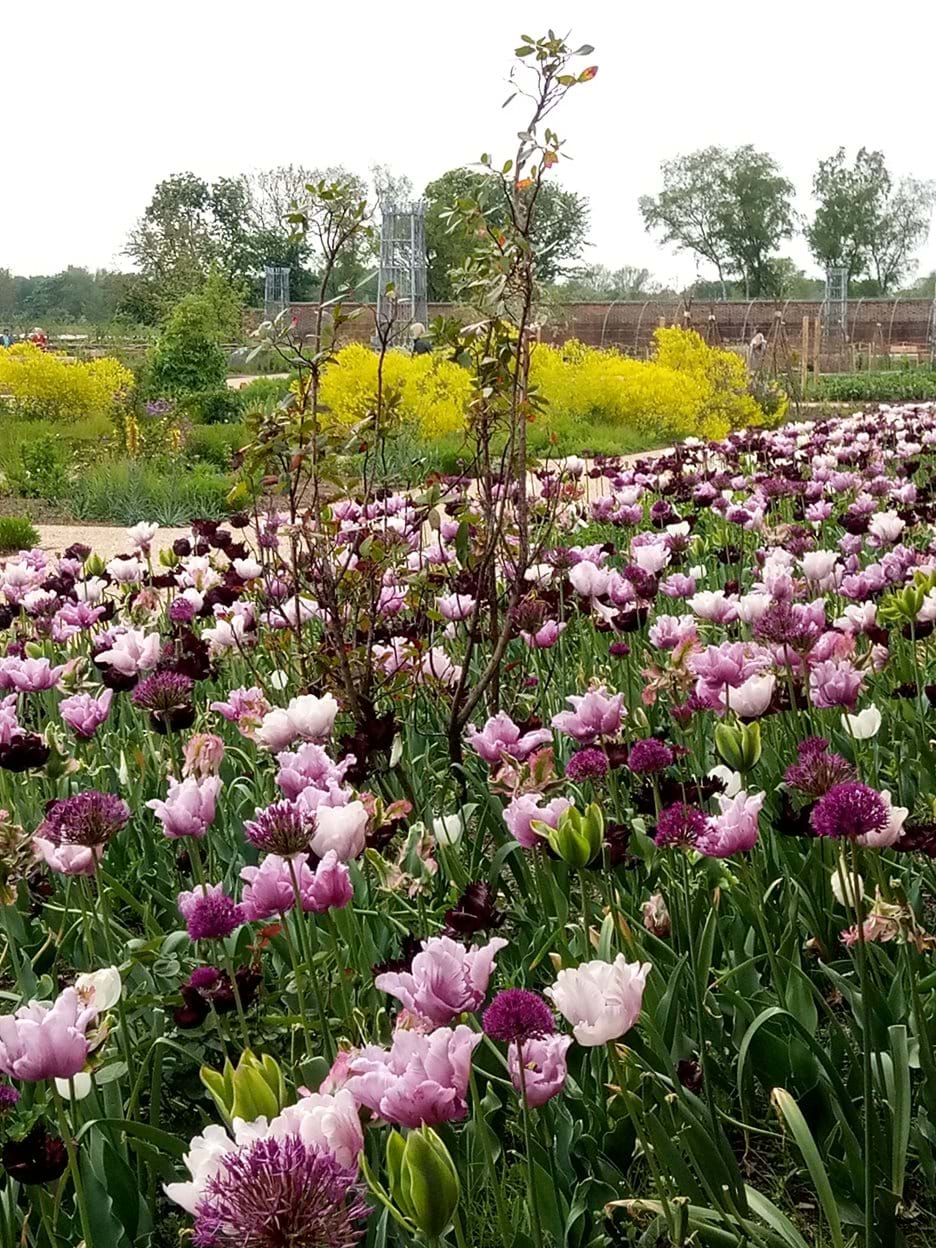 Chef finds inspiration in his greenhouse