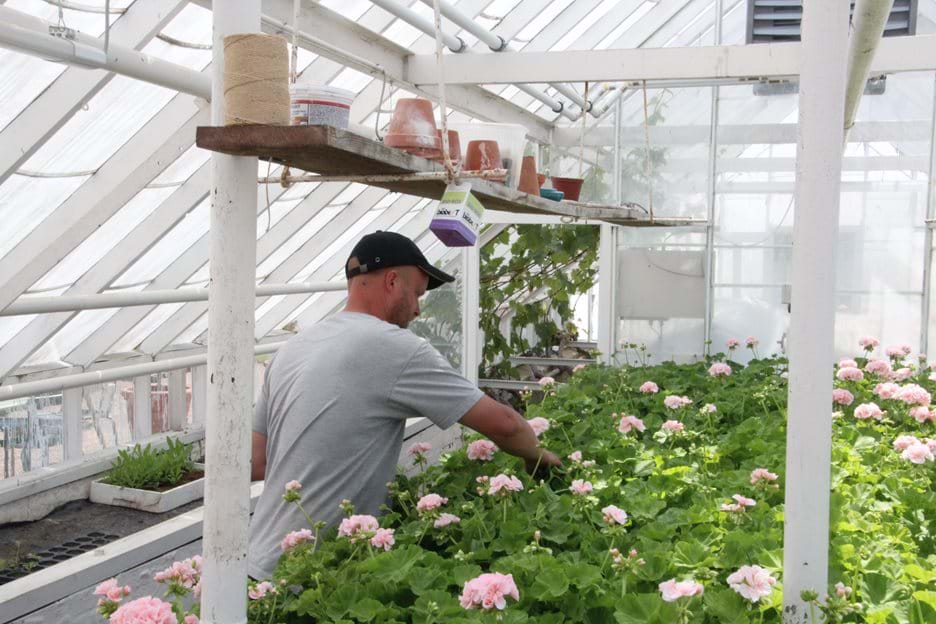 It just requires the right cut, soil, and time. Then suddenly you have an abundance of geraniums. Jens Hansen, Gardener at Graasten Castle Jens Hansen shows how he makes sure that there are always fresh Queen Ingrid Pelargoniums when the castle has guests.

Every year, the gardener at Graasten Castle, makes about 250 geraniums, of course of the sort Queen Ingrid - named after the castle's former resident, who died in 2000.

"Part of my job is to produce geraniums, so there is enough for the whole season," says Jens Hansen.

By season he means primarily the summer periods when members of the Danish royal family stay at the castle, and although the castle is large and can accommodate many flowers, it is also about pure practice when the number of geraniums is so large.

“When there are guests at the castle, there must of course be flowers to create cosiness and atmosphere. But it is not always that the flowers are in the best places in terms of light. Therefore, we change all the geraniums approximately every 6 days, it also means that we do not have to go around with the watering can, but can just put new fresh pots of flowers in, while the ‘old’ ones are put back in the kitchen garden and the greenhouses,” says Jens Hansen.

In addition to making geranium cuttings, Jens Hansen also makes around 800 marguerites for the castle and not least for the garden around the castle. The marguerites are called Sofiero-marguerites and were a marguerite that Queen Ingrid brought with her from Sofiero Castle near Helsingborg in Denmark when she married King Frederik the 9th of Denmark in 1935.

"This marguerite grows faster than the ones you can buy in the shops and is actually quite hardy," explains Jens Hansen. 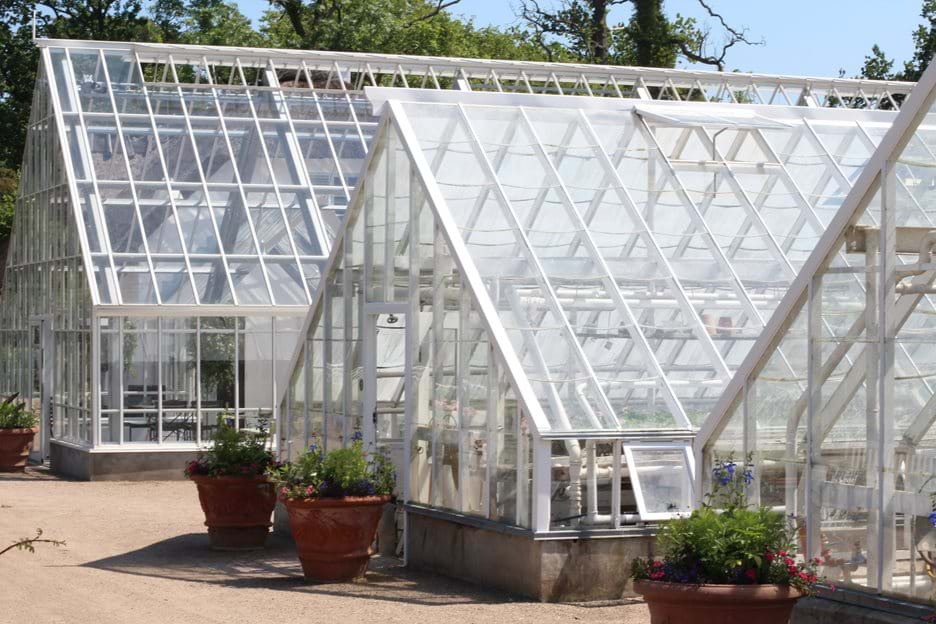 The geraniums are cultivated in the old and beautiful greenhouses, which are part of the Danish Royal Kitchen Garden. 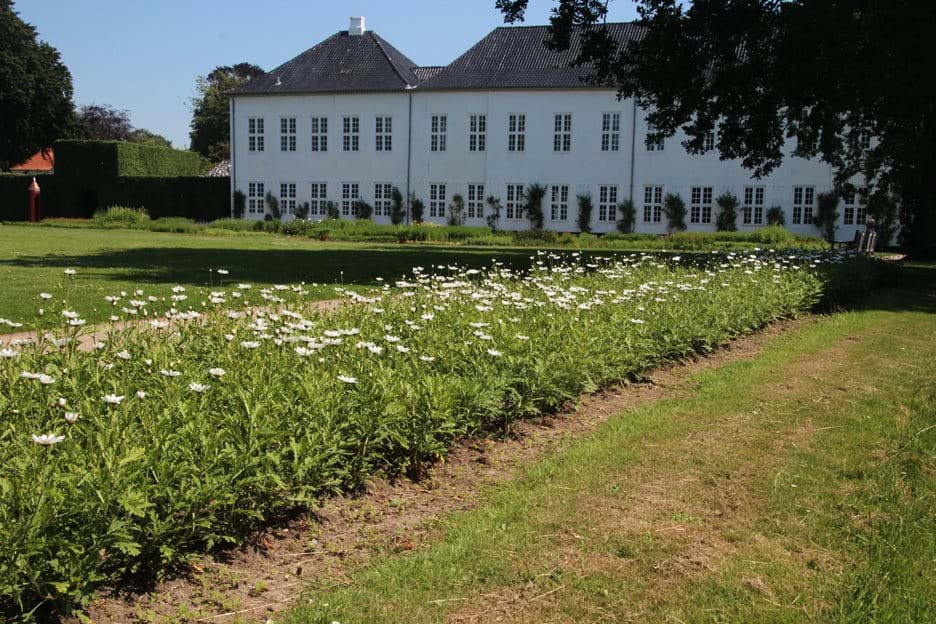 The Royal Kitchen Garden is part of Graasten Castle. The kitchen garden produces around 800 marguerite cuttings each year, which are used in the castle garden, among other things.

In 2015, Sønderborg Municipality and the Palaces and Culture Agency decided that the old kitchen garden at Graasten Castle should be transformed into a new attraction in Southern Jutland for the benefit of the public and tourists.

On July 24, 2020, the Royal Kitchen Garden was inaugurated by Her Majesty the Queen of Denmark and Her Royal Highness Princess Benedikte.

The crops from the Royal Kitchen Garden are primarily grown to supply the royal family when they are at Graasten Castle, but some are also sold in the garden's shop.

The Royal Kitchen Garden also houses several old, beautiful greenhouses and new garden frames, which are an important part of the production of vegetables and flowers.

Read more and see when the garden is open to visitors here.

However, the marguerite is not tolerant of pests. It can be exposed especially because the pests thrive well in the warm greenhouse where Jens Hansen grows the cuttings.

He, therefore, uses, among other things, ichneumon wasps to keep the marguerites healthy and free of pests. They are very effective against lice.

"The ichneumon wasp lays its eggs inside the lice, and when the egg hatches, the new wasp eats the lice from the inside - hence the name ichneumon wasp," says Jan Hansen.

In addition to decorating the castle and the Castle Garden, the fine Sofiero-marguerites and Queen Ingrid geraniums are also sold in the shop at the Royal Kitchen Garden. 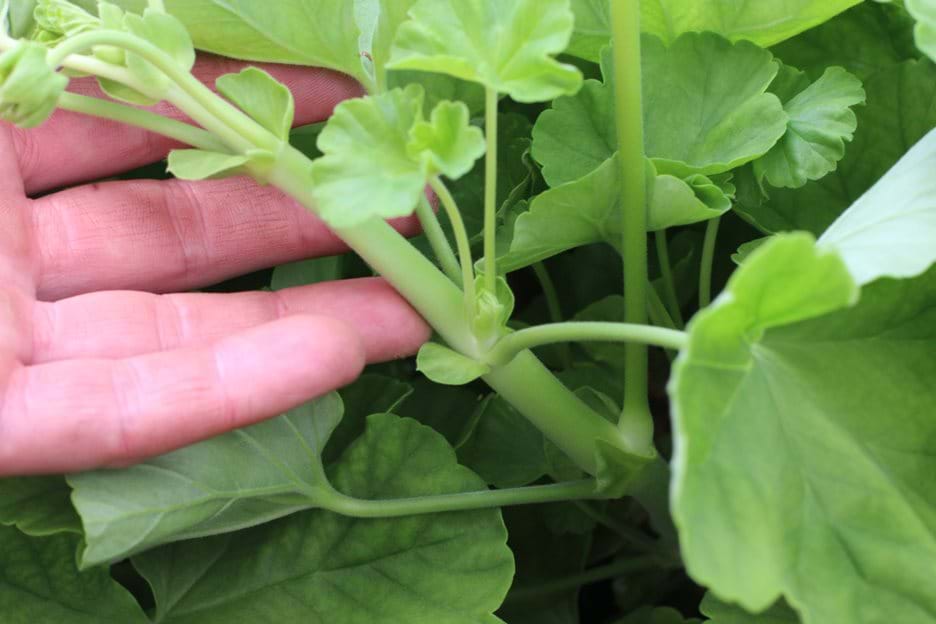 1. Cut off a side shoot from your geranium a couple of centimetres under a leaf. 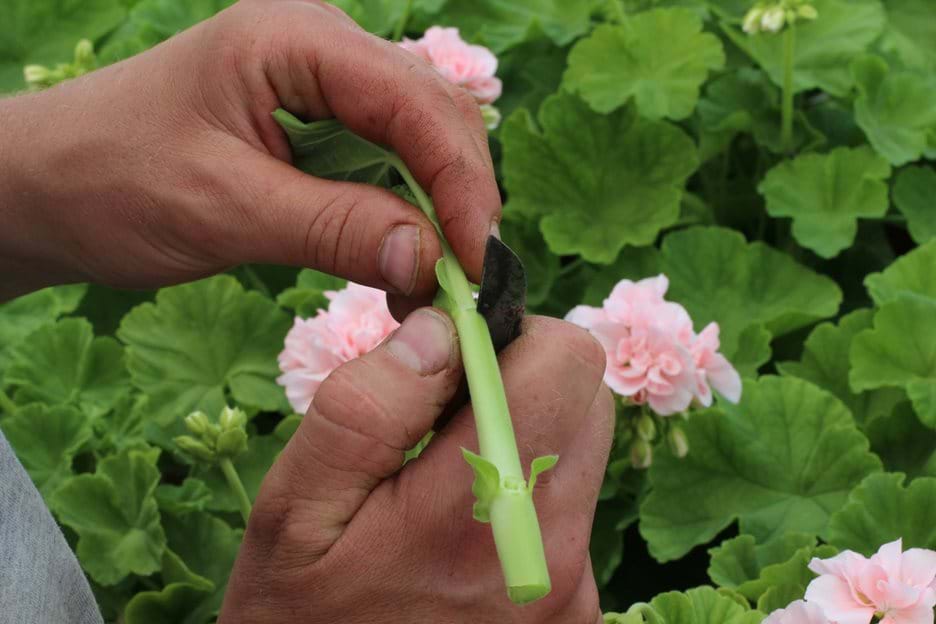 2. Cut the bottom of the cutting off, so there is 3-5 centimetres to the leaf.

3. Your cutting is now ready to go in the ground.

When your cutting is ready, put it in a pot with potting soil, irrigate lightly. If possible, place it on a warm surface covered with plastic in normal light. Jens Hansen uses artificial light to prolong the day a bit, but it can easily be done without.

Once the plant has taken root, transplant it in flower soil and place them on a window ledge. Jens Hansen transplants his geraniums when they have taken root - it takes approximately three weeks.

Roses and the greenhouse