The Season for Snowdrops

It’s easy to see why people fall in love with snowdrops. Not only do they emerge above ground in mid to late winter, when we need something to raise the spirits, they can also cope with whatever the weather throws at them despite their delicate appearance, often poking their heads through a covering of snow.

Galanthophile is the name for a snowdrop aficionado, someone who seeks out rare and unusual varieties of this bulb. To the untrained eye some of the differences between one snowdrop and another can be a bit hard to spot, but there are yellow ones; double-flowered ones with frilly flowers which look like a ballerina’s tutu; those with tall, robust stems and smaller ground-hugging types. The rarest, most sought-after snowdrops exchange hands for several hundred pounds. While my own budget doesn’t stretch to such amounts I do have a growing number of the common snowdrop (Galanthus nivalis) coming into bloom in my garden this month.

I moved here three years ago, and I had to start from scratch when it came to snowdrops as there weren’t any in the garden. It’s been a bit of trial and error as the soil is heavy clay and the winters in this part of Yorkshire tend to be very wet, so clumps of my favourite snowdrop, ‘S. Arnott’, have succumbed to the soggy soil. However, in the woodland border, under a silver birch, a large lilac and a couple of rhododendrons, the snowdrops I’ve planted are already bulking up. Eventually I’m hoping they’ll cover the soil, mingling with hellebores and primroses for a naturalistic feel. 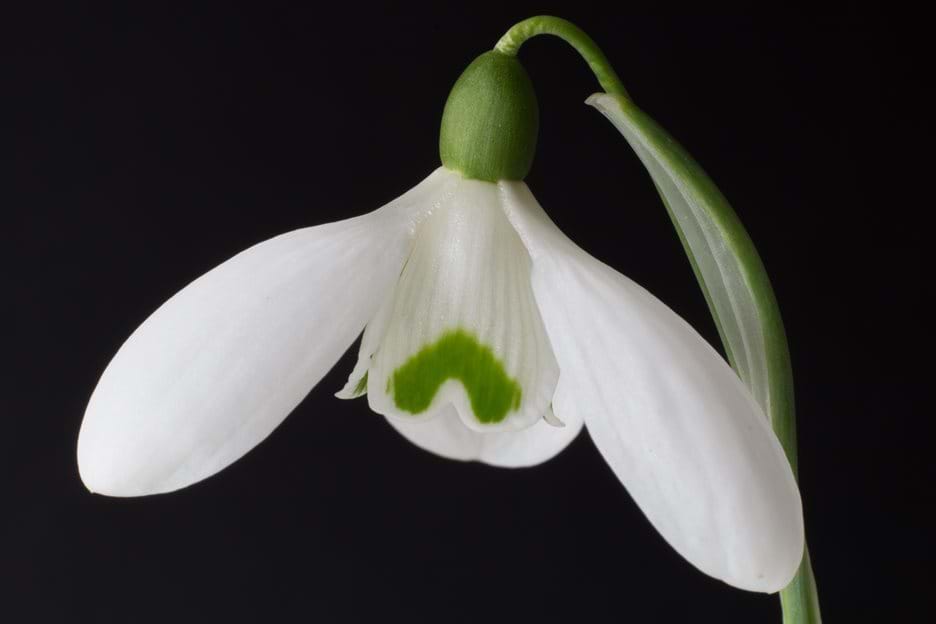 Unlike most spring-flowering bulbs which need to be planted in autumn when they’re dormant, snowdrops are best planted in the green as growing them from dry bulbs can be a bit hit and miss. This means either planting pot-grown bulbs or bulbs that have been lifted from the soil just after they’ve finished flowering. Most garden centres sell potted snowdrops at this time of year, and snowdrops in the green can be bought from mail order bulb specialists. You can also divide the clumps of snowdrops you already have growing in your garden once the flowers have started to fade – this is one of the easiest ways to increase your snowdrop display and it doesn’t cost a penny!

I’m lucky in my job as a garden writer that I get to speak to talented and knowledgeable horticulturalists across the country, and I’ll pick up gardening tips and tricks along the way. I recently interviewed a gardener in Kent with a very beautiful spring garden who mentioned that when his snowdrops have formed ripe seed pods he removes them and buries them in the soil where he wants new clumps to establish. A degree of patience is required, as it takes three years before they’ll flower, but it’s a technique I’m going to try this spring.

A winter highlight for me also has to be a trip to see a snowdrop spectacular, somewhere where there are snowdrops as far as the eye can see. Some of my favourites include Painswick and Colesbourne in the Cotswolds, but now I live in Yorkshire I’ve discovered the fabulous winter gardens at Dunham Massey, Harlow Carr and York Gate near Leeds, which opens in February especially so visitors can see the snowdrops.

For me it’s a bit of a pity to plant the more unusual varieties in garden borders because it’s hard to get up close to appreciate their distinctive characteristics, unless you don’t mind crawling around on the ground. At Colesbourne they have old stone troughs planted up with snowdrops, and at York Gate they create snowdrop kokedama – balls of soil and moss secured around each bulb, which are then hung at head height in trees next to the paths. My favourite way to display the rarer snowdrops is to pop any new purchases into pretty terracotta pots where I’ll put them on a shelf in the greenhouse so they can keep me company as I potter. And if you do this with one of the scented cultivars such as ‘S. Arnott’ you’ll have the added bonus of being able to enjoy the sweet, honey-like perfume.