Row row row your boat and turn it into a greenhouse 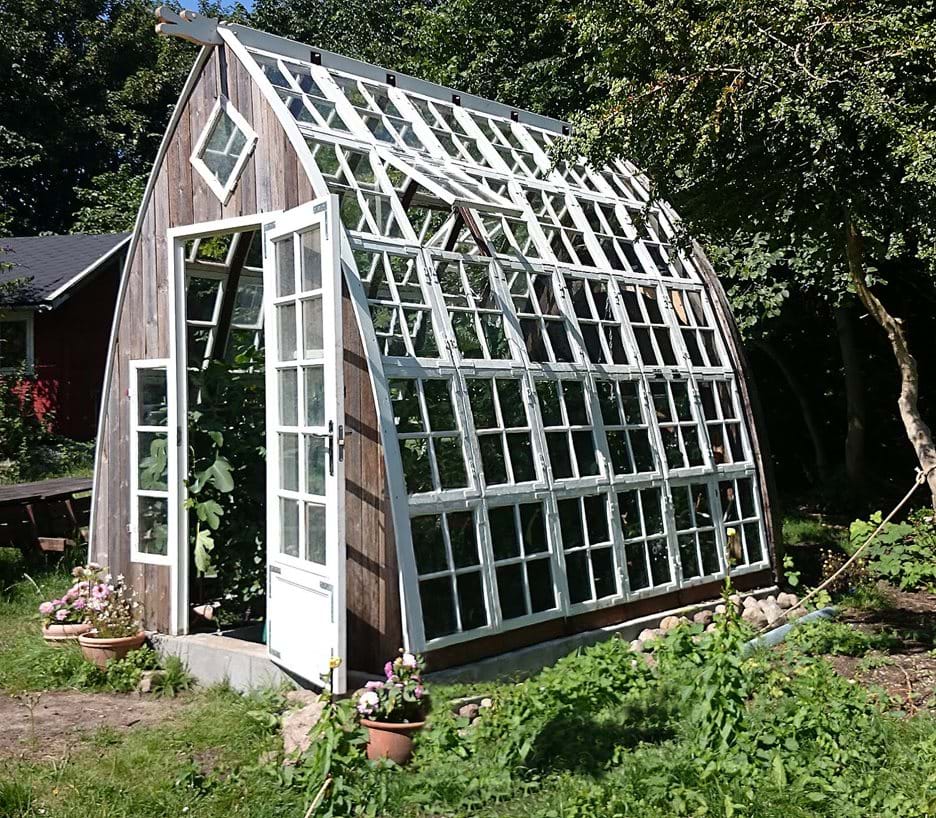 This funny looking greenhouse is built of old windows and the hull of an old boat.
Photo: Klassiske- vinduer.dk

There is a saying that goes: ‘you are only limited by your own imagination’ and I suppose that is true – that and one’s economy when you want to build something.

Many people dream of having a greenhouse but sometimes there is not enough money to fulfil one’s dream. For a number of reasons some start finding recyclable materials, wood and glass, nails and screws and with this you often see something authentic and charming – a greenhouse from another time.

One of the most imaginative greenhouses that I have seen is placed in Skolehaverne in Copenhagen, Denmark. Skolehaverne is an organization with six gardens placed all around in Copenhagen. These gardens make it possible for children to see how vegetables are grown and to learn about the benefits a garden can offer. This imaginative greenhouse is actually not even a house it is a boat. In fact it is the half of a boat. The boat is sawn in half and the bow is facing upwards.

The bow forms the pillar of the greenhouse. The house or the hull is made of recycled windows. The end wall placed on the opposite side of the entrance is made of wooden boards so it matches the rest. This way the boards makes the wall more flat.

You could have used both halves of the boat, which was the original intention. But this turned out to be too complicated since the other half was in a bad condition and it would be difficult to put at door in it.

The organiser of the project is TV producer Jens Bordinggaard, who was the host of the Danish version of the TV program George Clarke’s Amazing Spaces. Skolehaverne in Copenhagen does not have a big budget therefore, they asked Jens Bordinggaard to come up with some imaginative suggestions. Jens then came up with the idea to turn the old wooden ship called ‘Ylva’ into a greenhouse. Today the greenhouse brings joy to children, who can grow their crops out in the open and also learn about the benefits of cultivating in a greenhouse. 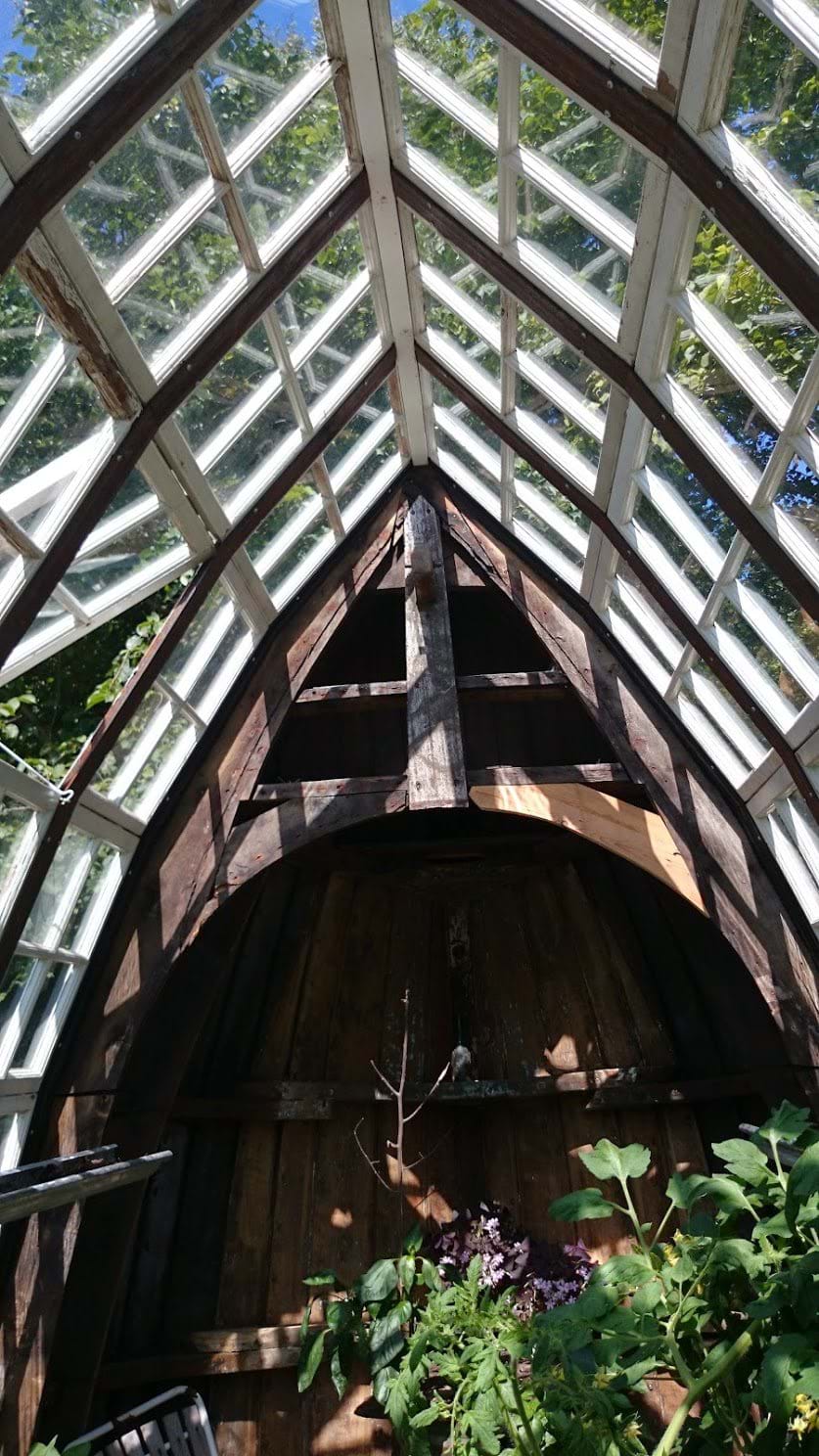 From the inside you can clearly see that the greenhouse is built around the half of a boat.
Photo: Klassiske- vinduer.dk ©