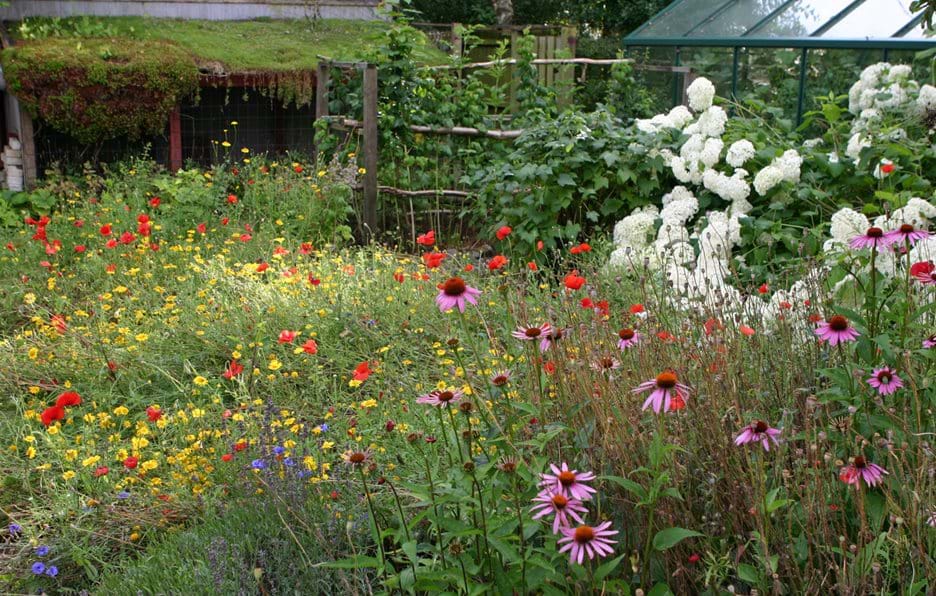 Many different flowers bring diversity to the garden.

You do not save the world's endangered species by creating a wild garden, but you enrich your life by making room for nature and more species in your garden, says biologist Katrine Turner, who with her company, Vildskab, makes a living out of guiding people in how to bring nature into the garden.

Biodiversity has become the new big word in the gardeners' vocabulary. But why do we really have to think in terms of biodiversity when we design the garden and the greenhouse, and can we in that way help save the planet?

"No," is the short answer from Katrine Turner, biologist and PhD and the woman behind the company and Instagram profile, Vildskab, where she designs and makes wild gardens, and holds courses and talks. According to her, one of the biggest misconceptions regarding biodiversity is that we believe that we are buying a kind of green indulgence and are helping to promote the conservation of endangered species, but many of the endangered species actually need large wild natural resorts to be saved. That is difficult to make in smaller gardens, but then there are other benefits.

“You may not save the world's amphibians and insects by planting four different perennials in the garden, but by making a wild garden with many different plants, good habitats - holes and caves, you can attract several different species in your own garden, and that makes your garden a richer and more interesting place to stay, which at the same time gives you the relationship with nature, that we lack, ”says Katrine Turner. 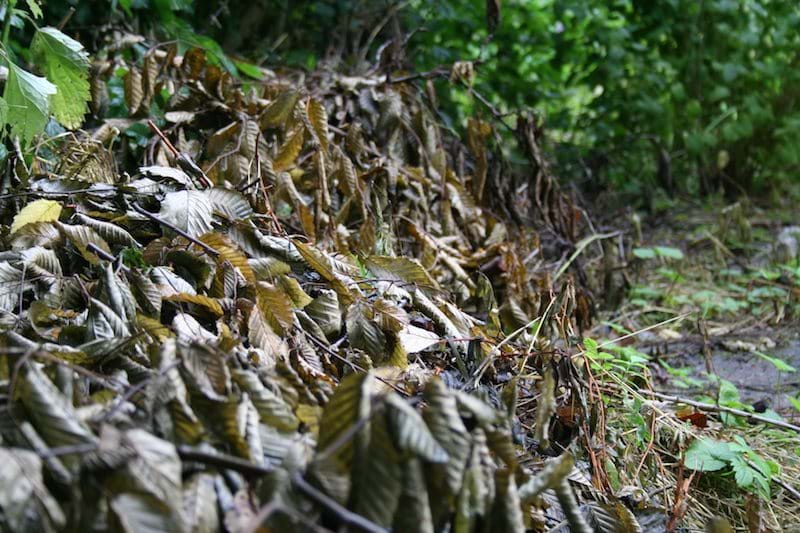 A brushwood heap of branches is a good place for hedgehogs and larvae to hide during the winter.

Make a heap of brushwood and then wildflowers

Autumn has arrived, and it may not be now that most of us think of taking new initiatives in the garden. But if you want more wildness outside the garden door next summer, then it's ideal to get started now. Katrine Turner points out two things you can plunge into.

“Make a heap of old branches and twigs. It is an ideal place for animals and larvae to hide and hibernate during the winter,” she says.

The other thing you can do in September is to collect seeds from wildflowers and spread them in your garden. In that way, they will be ready for next season. Katrine recommends that you find flower seeds from trenches or small grass areas close to where you live.

In addition, Katrine Turner recommends that you check out the flowers you take the seeds from, for example by using an app like the inaturalist or plant snap apps. She recommends staying away from invasive species such as Japanese knotweed and wild parsnip.

A third thing you preferably can do right now is to plant hedges and trees. It can be, for example, hawthorn, willow or the European crab apple, which may not be suitable for making apple pies, but birds love them.

"It's about thinking about what's good for wildlife - wild apples provide food, while for example, hawthorn is a great place for the birds to build nests," she says.

Mow the lawn twice a year and ditch the fertilizer

Besides getting a more interesting garden, a wild garden also needs less care. Among other things, Katrine Turner recommends that you minimize mowing the lawn to twice a year – one time in spring and one time in autumn. In that way, you will create something that reminds more of a meadow than a combed lawn - however, if you wish, you can mow some paths so you can get around more easily. However, you must gather the cut grass and throw in the compost.

“The cut grass nourishes and fertilizes the soil, but in fact, it is an advantage to ‘starve’ the soil if you want a wild garden. If you fertilize, you risk that species that already grow quickly – e.g. ground elder and stinging nettle grow even more and thus become too dominant. By not fertilizing - you give them slightly poorer growth conditions and create more balance, so other species have the opportunity to grow,” she says.

The same principle applies to wildlife. The more species you have, the more likely they are to keep each other in check so that no one dominates. And then Katrine Turner encourages you to start seeing pests as beneficial animals.

"You may not like the idea of ​​having aphids, but the small coyotes are themselves food e.g. ladybirds and Eurasian blue tits, which are also wonderful to have in the wild garden," she says.

In the same way, it also makes sense to invite hedgehogs inside the garden. In addition to being small, cosy, grunting creatures, they eat snails - even the hated Portuguese slug - at least the little ones of them, Katrine says, and now that you have made your brushwood heap, you have taken the first step to both more hedgehogs and other small predators that can bring life and excitement to your garden.

Five benefits of having a wild garden 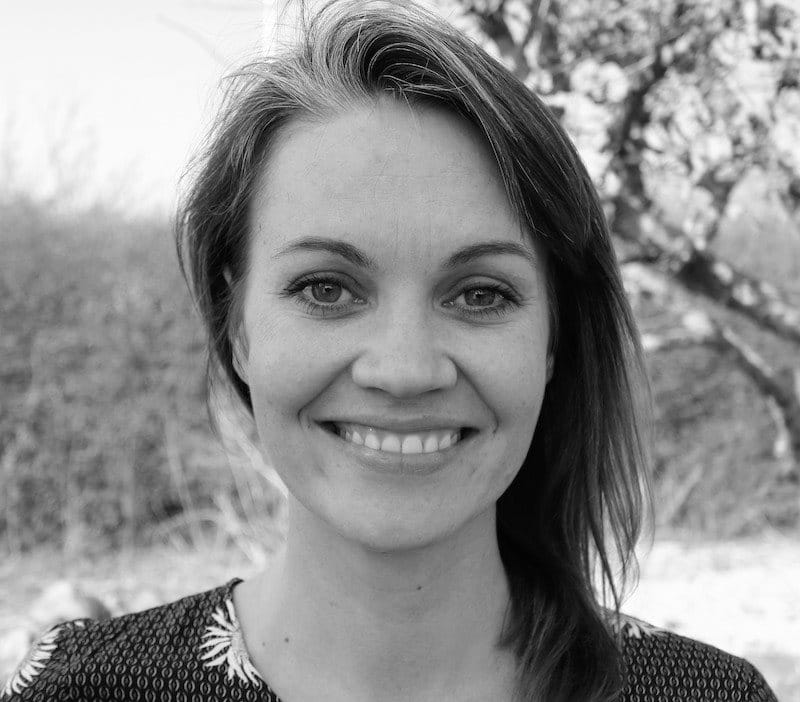 She is a Danish trained biologist and has a PhD in the relationship between nature and society. She has been in several Danish TV programmes, and she holds courses and talks about the wild garden.