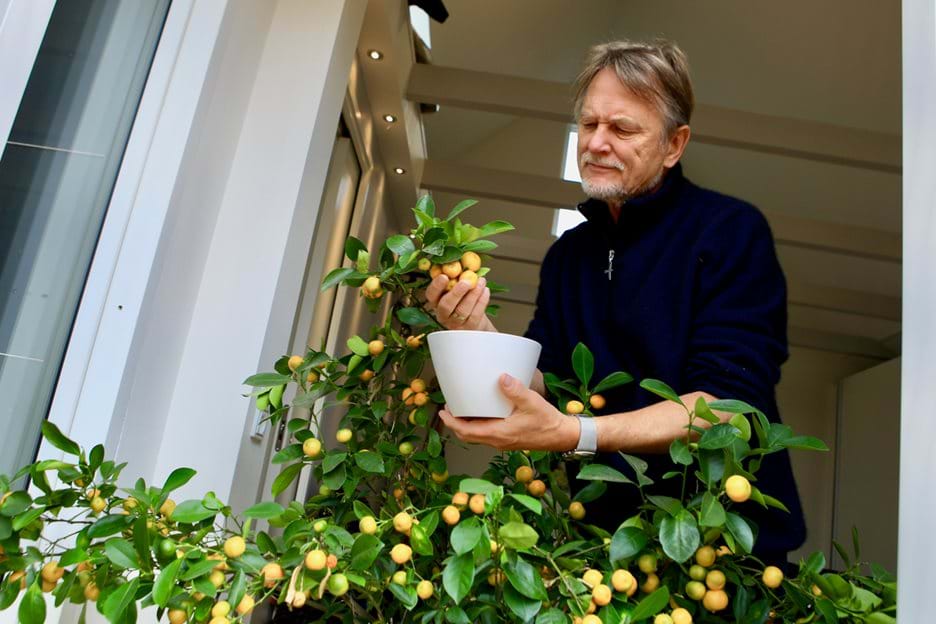 They are ready for marmalade and other good stuff.

Harvesting is not just something that only takes place in summer and autumn. During the winter, delicious kumquat can also be harvested.

My kumquat is in the winter located in my bedroom. Some citrus sorts can tolerate frost. Kumquat belongs to the kind that for a very short period can withstand down to 10 degrees frost if the roots do not freeze in the bottom. On the other hand, they should not have fruit on the branches, which they usually have when we go into winter. As a starting point, the kumquat is therefore referred to as a non-frost tolerant plant. If you bring it into the heat, you can be lucky that the plant gives small delicious fruits twice a year. 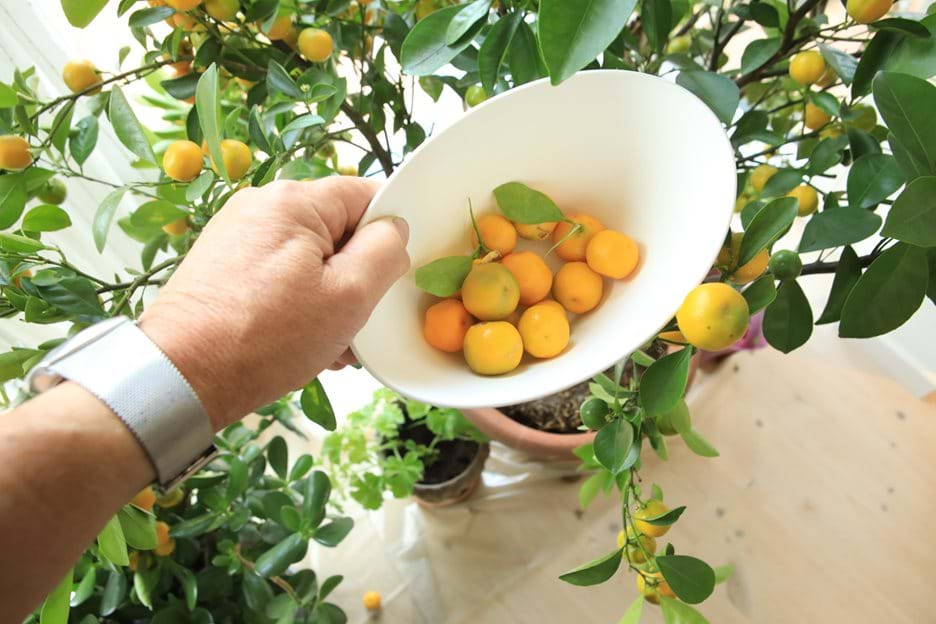 In our bedroom, the temperature is around 17 degrees, which is slightly above the recommended 10 - 12 degrees. Despite the heat, it thrives tremendously and has done so for many years. Like lemons, the fruits are green for quite some time. Only when the plant is at a temperature of 12-17 degrees, they begin to turn yellow. Many people who have lemons wait a long time for them to turn yellow before using them, but in fact, a green lemon is ready to be used. The usefulness of lemon is only a matter of how big it is. It does not get more sour or sweet from turning yellow.

Kumquat comes like many of the small citrus sorts from China, and many are not at all aware that the small fruit is one that you can calmly put your teeth into. It is eaten with peel and all. Unlike other citrus species, the peel is slightly towards the sweet, while the flesh is more in the sour direction. It gives a whole different sense of taste. 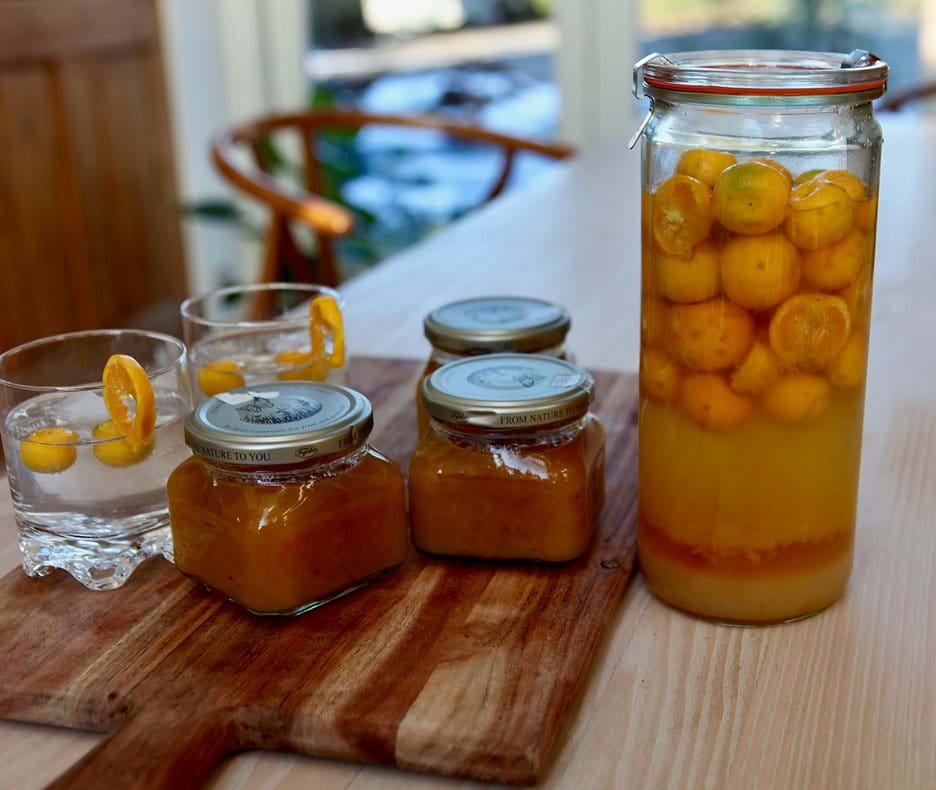 You can make many different delicious things from the small kumquat.

Plants for the garden

There are citrus sorts that are hardier than kumquat and that you can leave in the garden in the winter. Dwarf lemon is one of them. It is a small tree or shrub, depending on how it is propagated, which can get around 6 feet high. The Latin name is Poncirus trifoliata. If the tree is protected, it can withstand down to 20 degrees frost. The reason that we still do not see the dwarf lemon in many places, is perhaps because its fruits can largely not be eaten. They are not toxic, but the taste is very bitter. Therefore, it is probably mostly as an ornamental plant you get it. In May, it gets white flowers without fragrance, but subsequently, the small fruits come in the size of a mandarin. 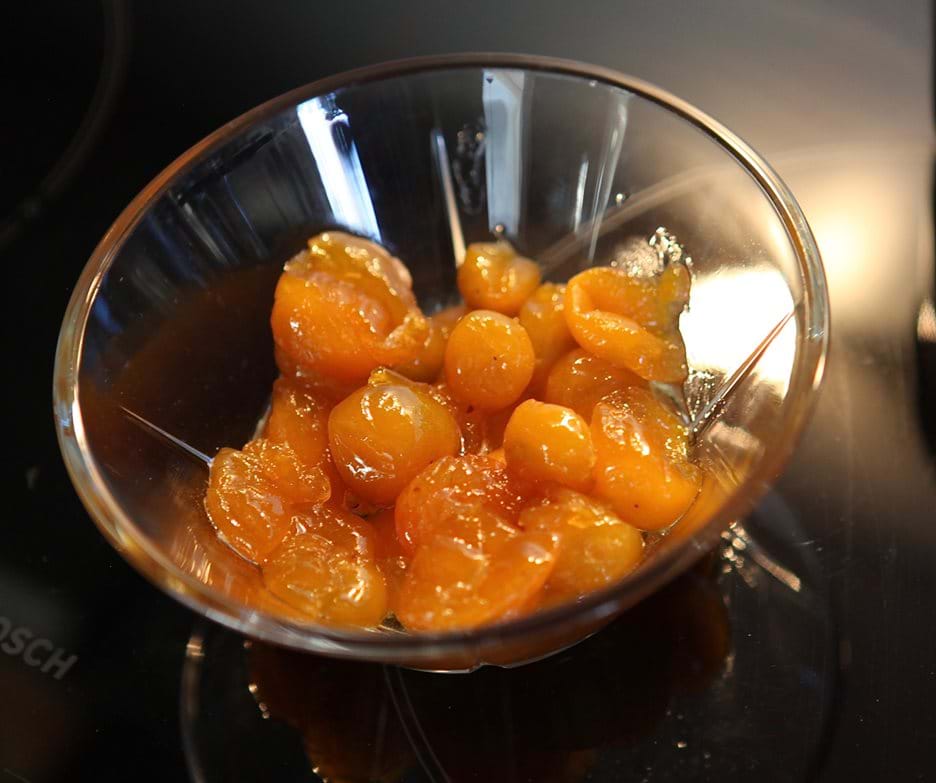 It is pure candy. Kumquat boiled in sugar.

Another citrus is the Citsuma citrandarin, a cross between the dwarf lemon Poncirus trifoliata and the mandarin sort Satsuma. The plant is almost as hardy as the dwarf lemon, can withstand down to minus 17 degrees, but unlike the dwarf lemon, it has fragrant flowers, and the fruit has better quality than the dwarf lemon. It's not as sweet as a mandarin.

The sort Swingle citrumelo is also very hardy and can withstand minus 16 degrees. It is a cross between grapefruit and dwarf lemon, and it becomes a small tree if placed in a protected location.

Sinton citrangequat withstands minus 12 degrees. It is a cross between citrange and kumquat, with kumquat-like fruits. Good for jams and drinks.

Rusk citrange can withstand down to 15 degrees frost. A cross between blood orange and dwarf lemon. Can be used culinary. It should be in a protected place. 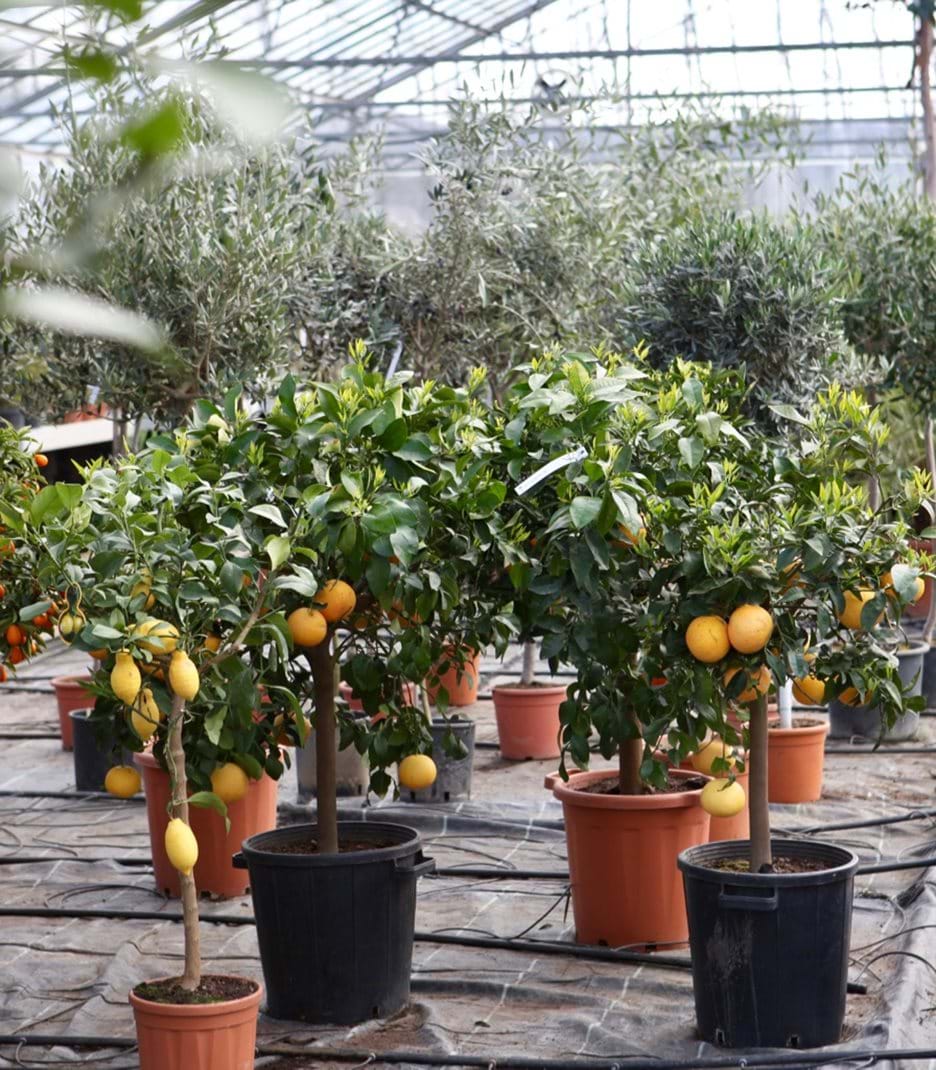 The mentioned sorts can be grown outdoors in the climate zone called zone 8.