In many urban gardens, roof gardens and atriums we grow in plastic and most have tried growing potatoes in a bricklayer tub or bucket. But is it dangerous? Read this to know what to be aware of. 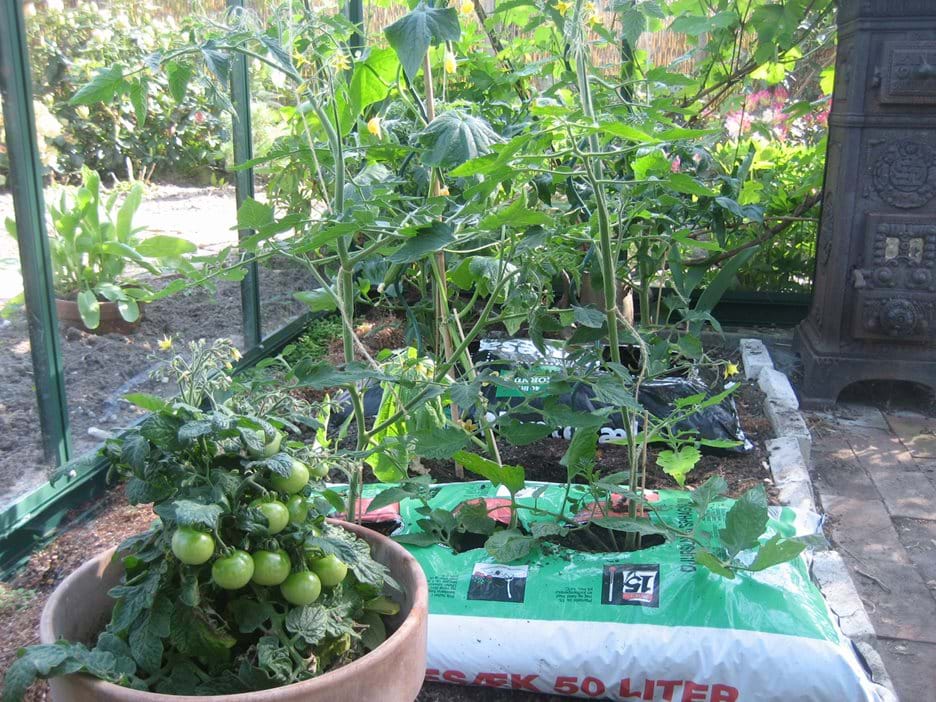 My potatoes are growing well and the ones that were sowed first in the greenhouse has already been harvested. The others are in one of the black buckets that many grow in because they don’t have more room or because they, like me, sow them in the greenhouse and later transplant them outside

I have often been thinking whether it’s even healthy to grow in plastic buckets and I know others have thought of the same. Some nurseries recommend avoiding growing in plastic, but if you search for documentation of it being dangerous there are little or no answers. Plastic has been in the limelight for some time and the industry has been the scapegoat of people not considering the consequences of tossing plastic in hedges and on roads.

Most plastic is made from PVC and it’s known that toys with PVC should not be sucked on, which is also why it’s illegal to use PVC in toys. There is both hard and soft PVC. The hard one is used for gutters, pipes and roof panels, they do not pose any health risk, but the soft one does.

To soften PVC different kinds of plasticizers are used and approximately 90% is phthalates. Phthalate is divided into two groups, the high-molecular and the low-molecular. It’s the low-molecular you should watch out for. The substances are indicated DEHP, BBP, DBP and DIBP. The low-molecular phthalates, used to soften the plastic, are getting banned because they are classified as toxic to reproduction. The four toxic phthalates used in sports equipment, vinyl floors, wires, shower curtains and oilcloths are expected to be banned in 2020. Notice that this is for PVC in Europe only. Much of our plastic still come from outside Europe. 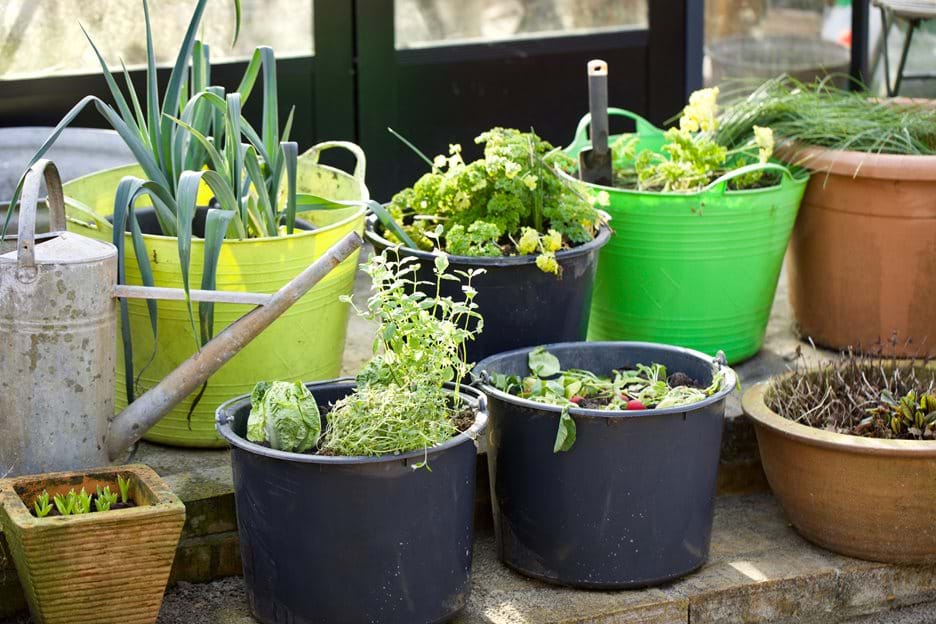 The bricklayer tub is not approved for food, but you can grow in it if you rinse the vegetables that touch the plastic. I don’t know about the coloured tubs; you need to check that yourself.

Growbags are no problem

It has not been researched if plants absorb phthalates. Plastic bags, kitchenware and bowls that are in contact with food must be indicated with a glass/fork sign. A bricklayer bucket or growbag is not indicated with that sign. Neither are most tubes and PEX pipes which transport drinking water. It hasn’t been considered that the bricklayer buckets and tubs are in contact with plants which turn into vegetables. This doesn’t mean that it’s dangerous to use when not marked. The harder the plastic, the lower the risk. You can count on growbags from Europe not being harmful to the health and not containing PVC. The growbags are typically made of polythene, which is the same product that clingfilm and lunch boxes are made from. It poses a risk only when heated in a microwave. 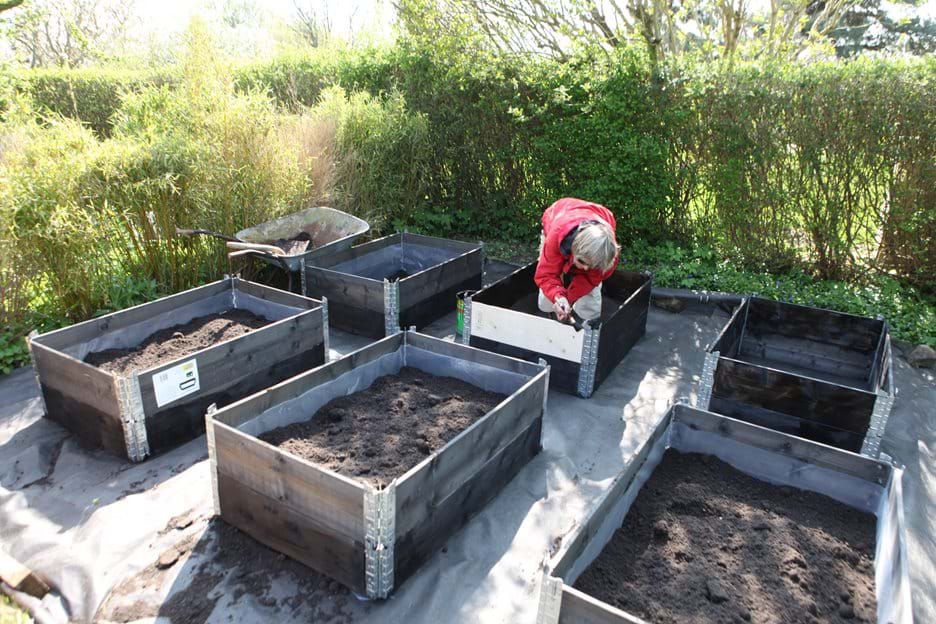 The pallet frames are not made from pressure impregnated wood, thus many lines them with a protecting layer of plastic film.

So, can you use pressure impregnated wood for raised beds with vegetables? Pressure impregnated wood is no longer toxic like it was earlier, but since it is impregnated with something that keeps out fungi it might also be harmful to the crops. But is it harmful to the plants? Two students at Copenhagen University has in their master thesis researched how highly polluted soil affects plants. When comparing carrots, potatoes and cabbage from an unpolluted soil with the vegetables from highly polluted soil, the rinsed vegetables did not show any significant difference in the content of heavy metals. The content of zinc, cadmium, chrome, cobber and nickel was neither of any difference. This does not mean that you should not change the soil in your raised beds when living close to a busy road. It’s always a good idea to change the soil now and then, solely to not get polluted soil in your mouth. This is also one of the reasons why you should rinse crops before eating them. 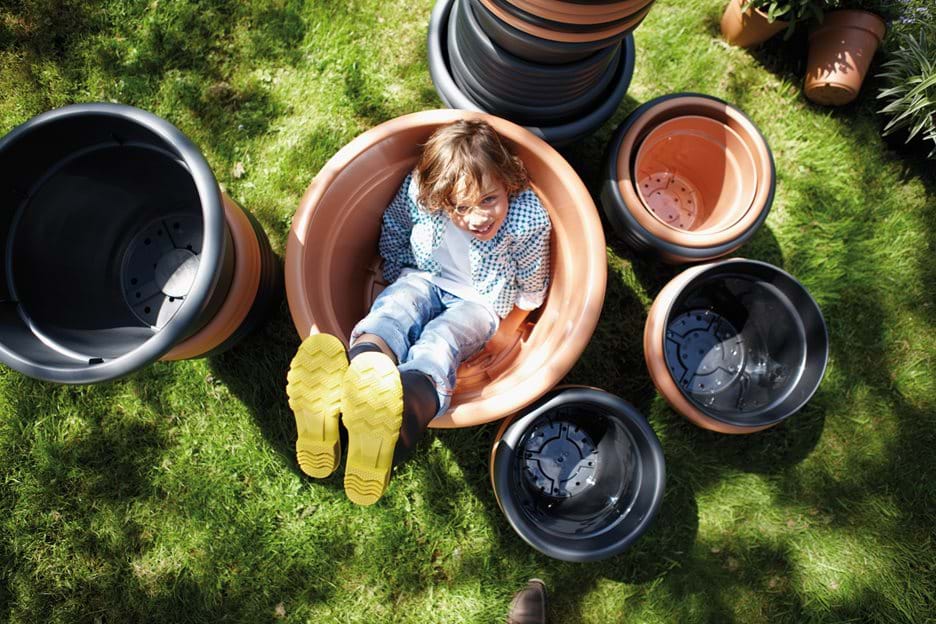 There is a difference between what is dangerous and what poses a risk.

The Danish environmental consultant from the Plastic Industry Jakob Clement urges people to buy plastic that’s made locally. He also says that there have been no examples of chemicals from plastic seeping into the soil. 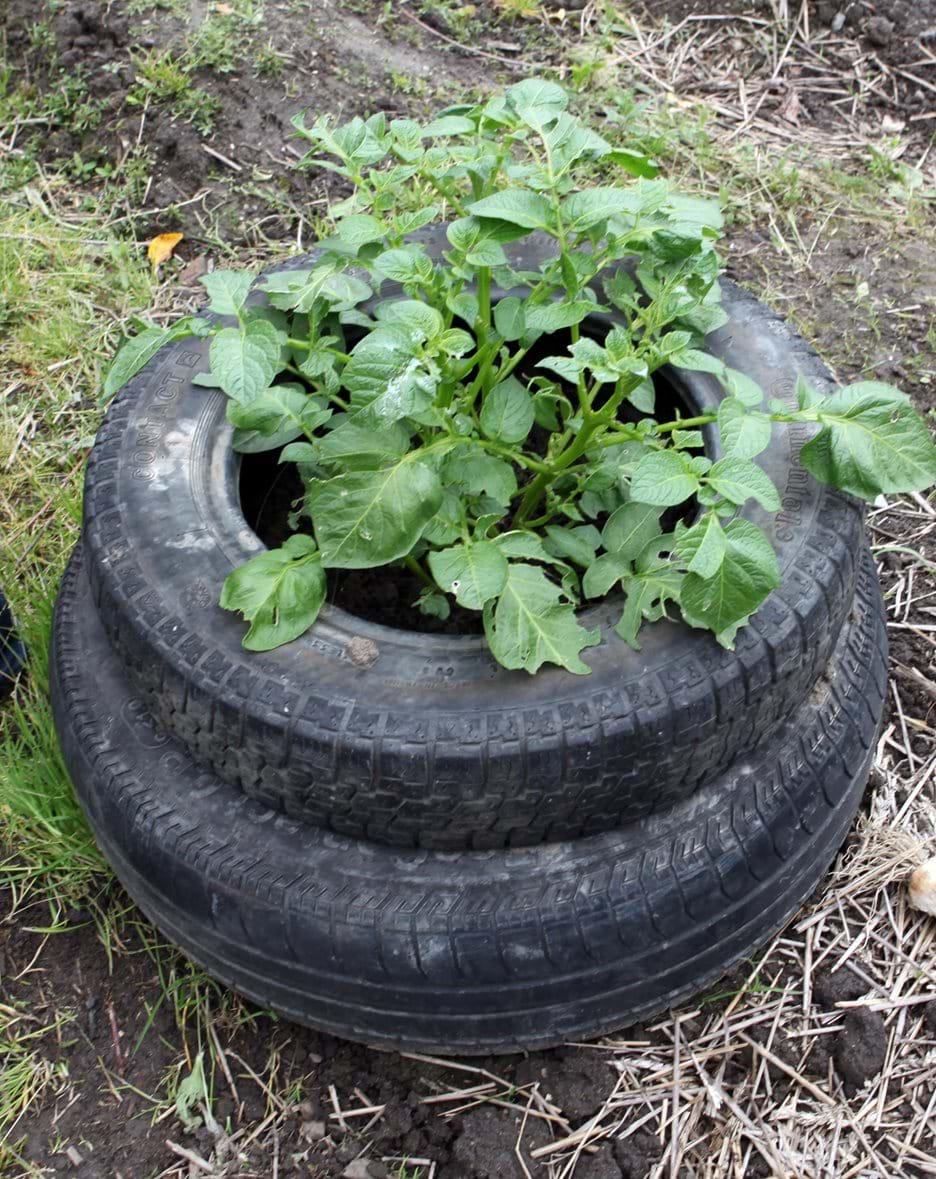 Then there are tires, are they dangerous? Only if they are filled with brake dust from old cars.

If you want to be sure that the plastic product you are buying is not made from PVC with phthalates like DEHP, BBP, DBP and DIBP, then the store is obliged to research the content within 45 days. The quickest way is to avoid soft plastic and buy hard plastic, or you should just plant in the soil in your garden, that’s the safest option.

The Danish Federal Environmental Agency has sent me some reports about plastic and risks, but none are concrete researches about plastic posing a risk when growing vegetables. Those kinds of researches have simply not been made. According to the FEA, there is no risk of any kind of leakage and there is no presumption of it being dangerous to line with foil.

Grow apples, figs, tomatoes and much more on your balcony