Build a shelter in the garden 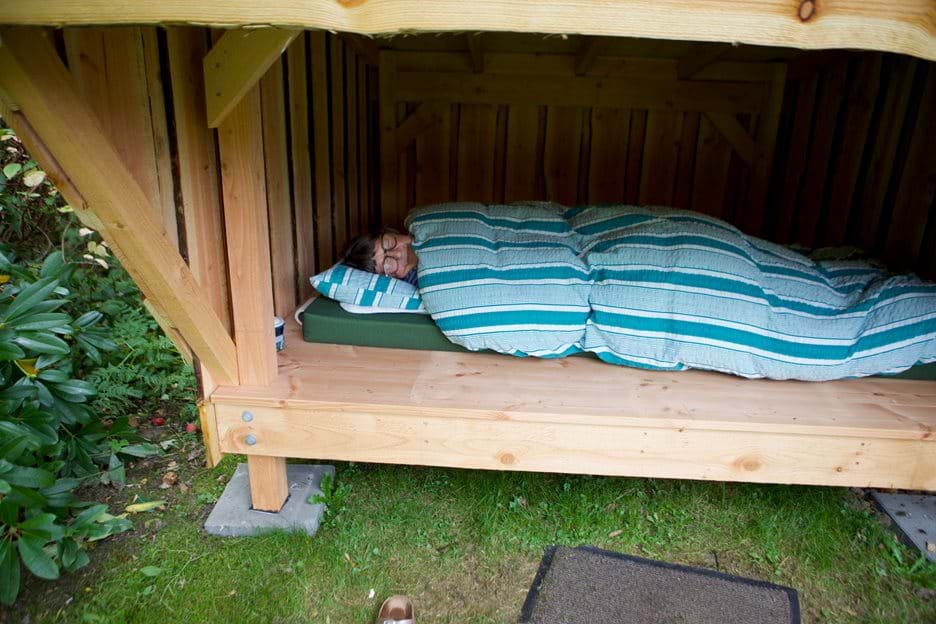 Tove has seen badgers, foxes, deer, and many other animals from her new shelter. Tove is a ray of sunshine. She is not afraid to sleep outside at night, even when there is frost.

Tove Frost, 94 years old, uses her shelter all year round, also in December.

Long before there was anything called ecology, Tove Frost devoted herself to that sort of thing. I have known her for many years, and where she previously would turn one of my articles into a discussion, she has begun to ask me for advice, without, however, completely accepting all my answers. Preferably they are also up for discussion. It's quite fun. There is something revolutionary about her, also when it comes to her sleeping outdoors.

In her young days, and at the same time as the concept of shelters arose, Tove Frost always wanted to spend the night in a shelter in nature. The years passed, many journeys followed, but the experience of a hike that included accommodation in a shelter never happened.

One day in September, she got into conversation with one of her daughters about her past dreams. You can just get a shelter in the garden, was the reaction from the daughter. After Tove Frost had considered the cost and the daughter had convinced her that she was neglecting spending money on herself, Tove and the daughter began to search for shelters on the Internet. They also got in touch with a couple of retailers, and eventually found one. 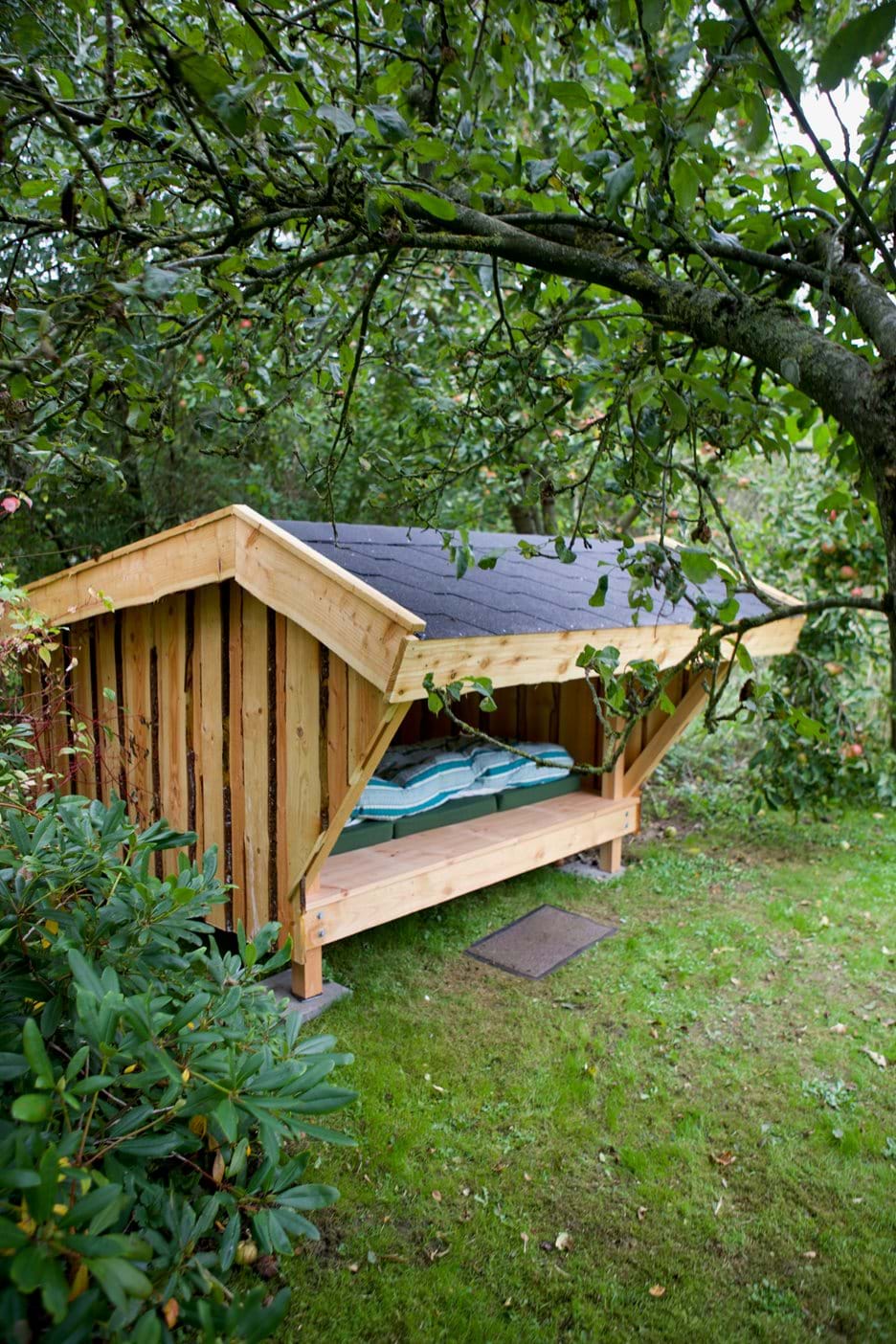 The shelter fits nicely into the large park-like garden.

The manufacturer, like many others, offered shelters on a waiting list, so she was told that she was not guaranteed to get it this year. Disappointed, Tove then had to tell that she probably never would get her wish fulfilled. After all, she was 94 years old.

On the phone were complete silence and the retailer then exclaimed: Then you will get it in just over a week.

The shelter arrived. Two strong men assembled it, and already the first evening Tove slept in her shelter in the garden. Tove Frost's garden is almost like real nature, somewhat close to a park. It is probably 30,300-43,000 square feet with views of fields, deer, foxes, badgers, and many other animals.

More and more buy shelters and some even make them themselves. 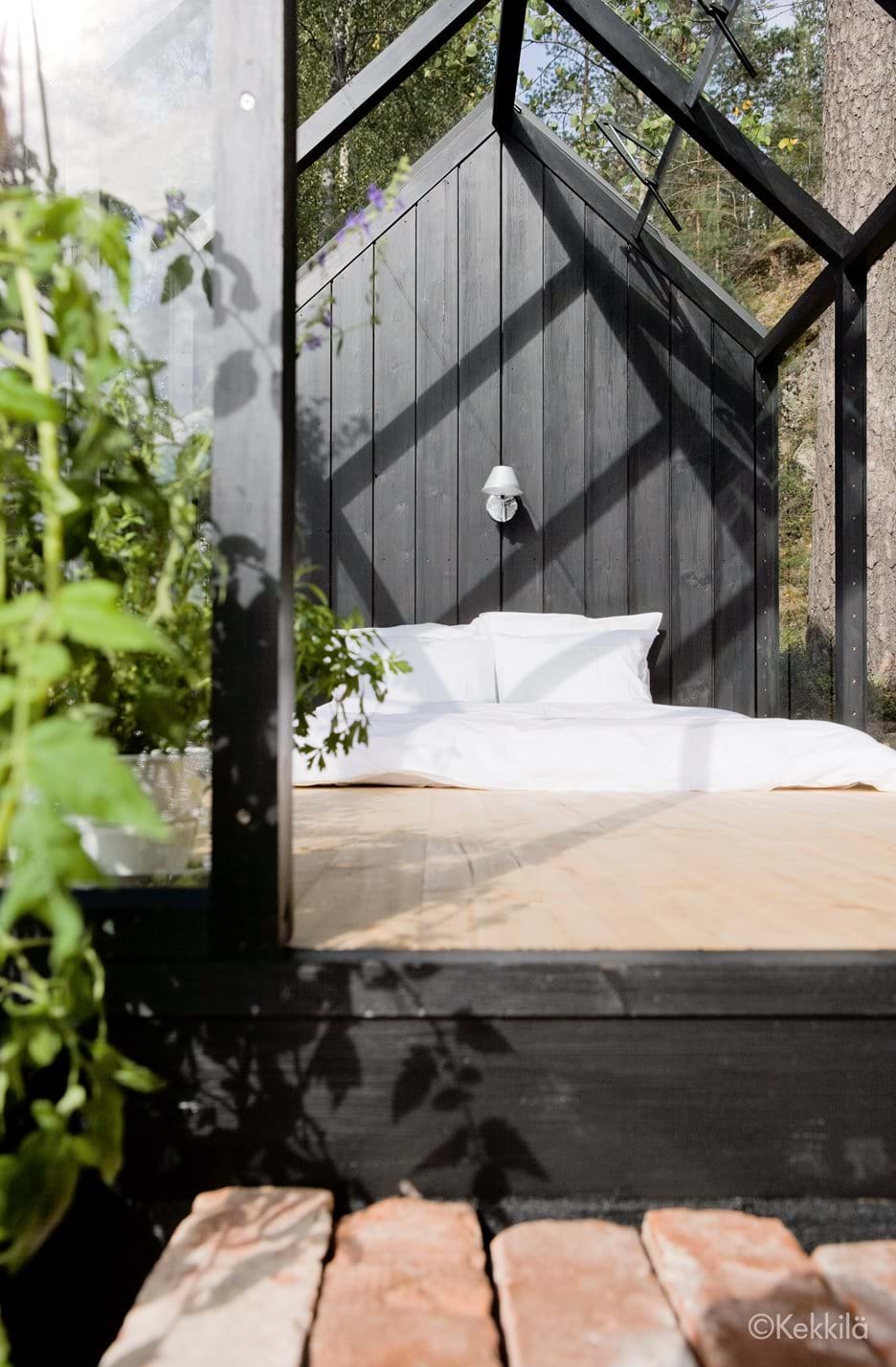 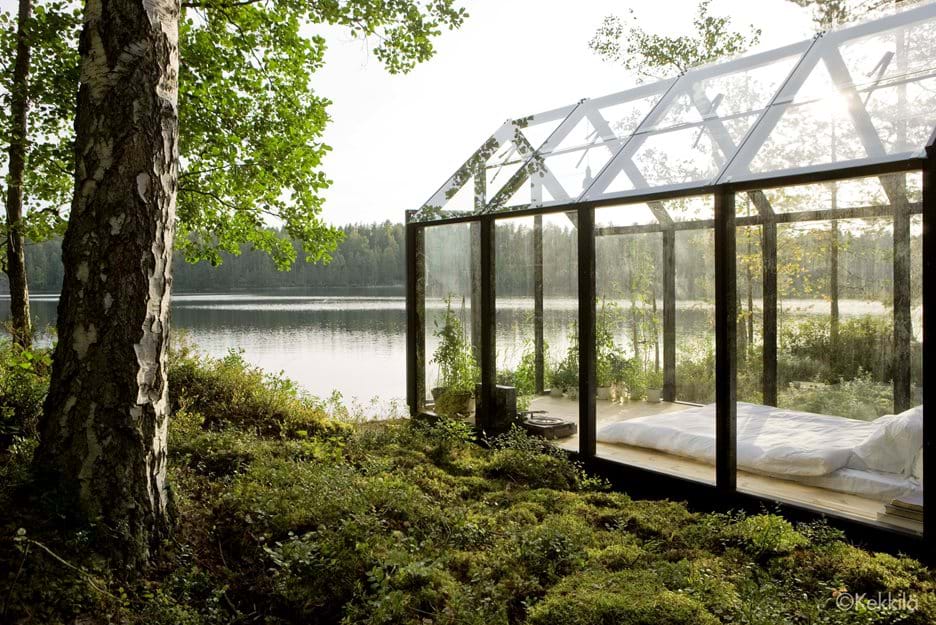 You can build a shelter from pallets and with a roof, but in an elegant design. Slightly raised above the ground, you get rid of cold and moisture, and you are still outdoors. Three walls ensure shelter, and with the wheels you can always turn the shelter away from the wind, or if you want a different view. Some love the rain’s drumming on a tent cloth. If it rains too much, you can roll down the open side.

If you get tired of the rolling bedroom, then it can be used for garden equipment, or even converted into a greenhouse, and it is a nice guest cabin by the summer cottage. 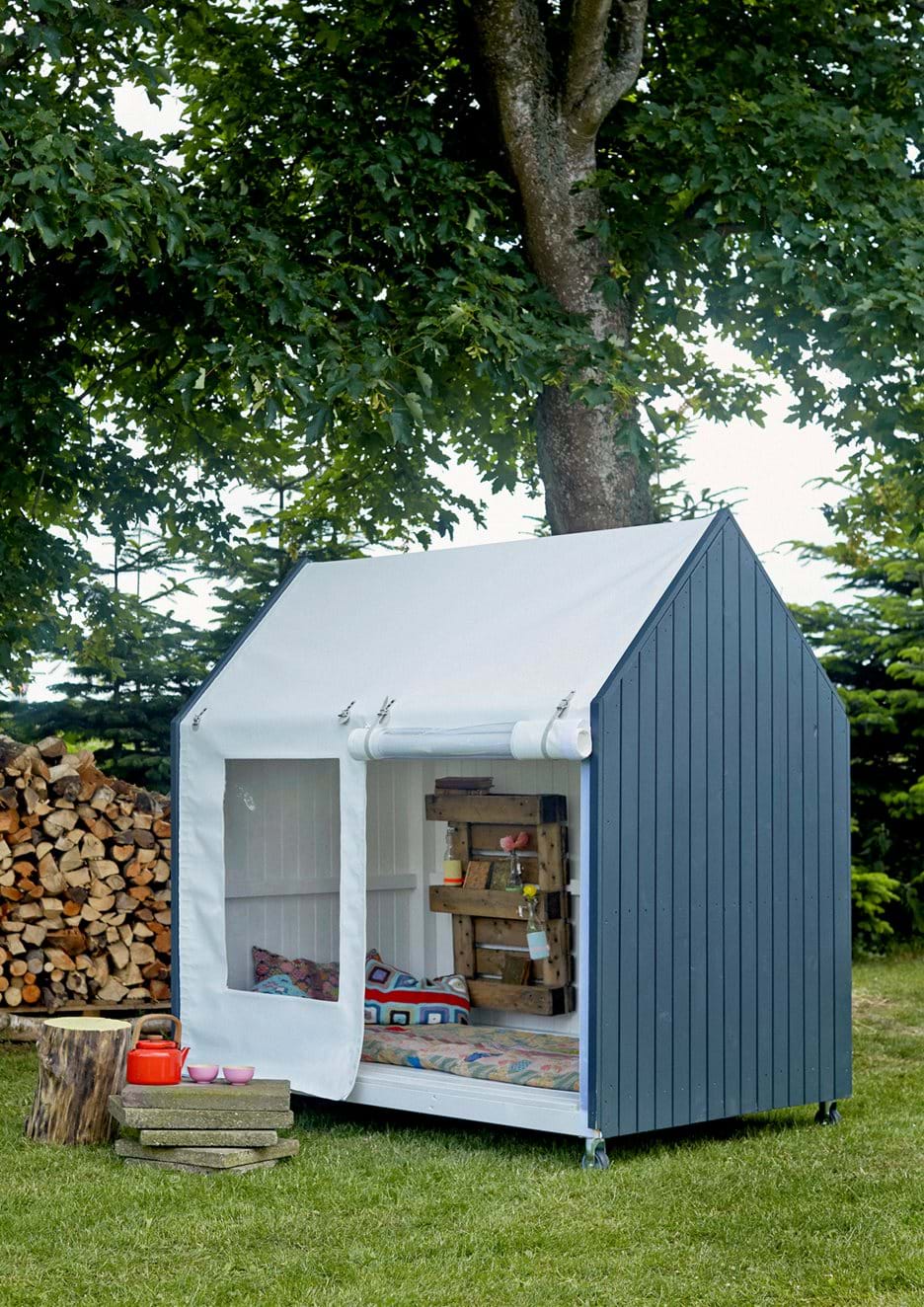 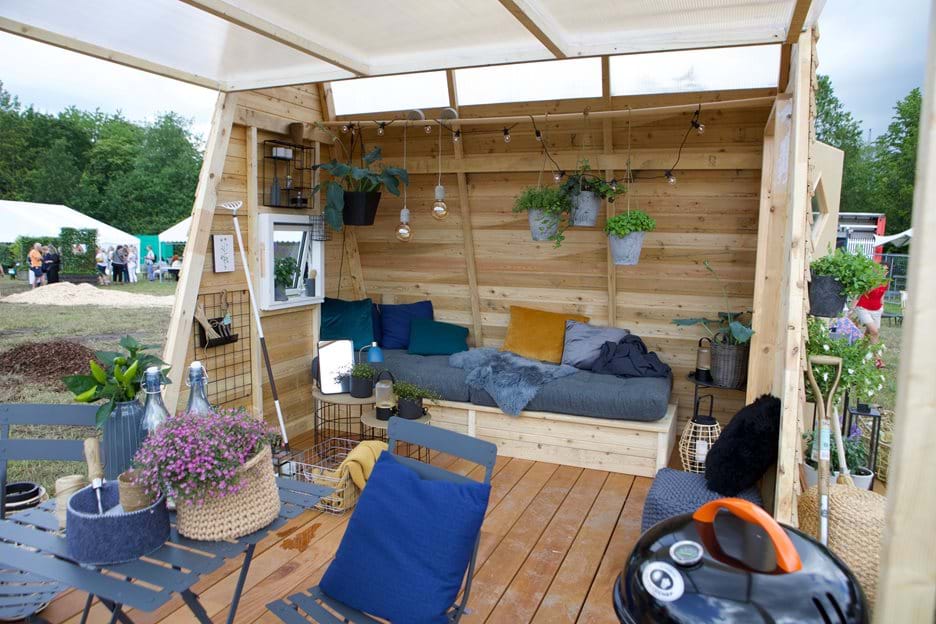 Blend your greenhouse in with the garden

The most prestigious garden exhibition