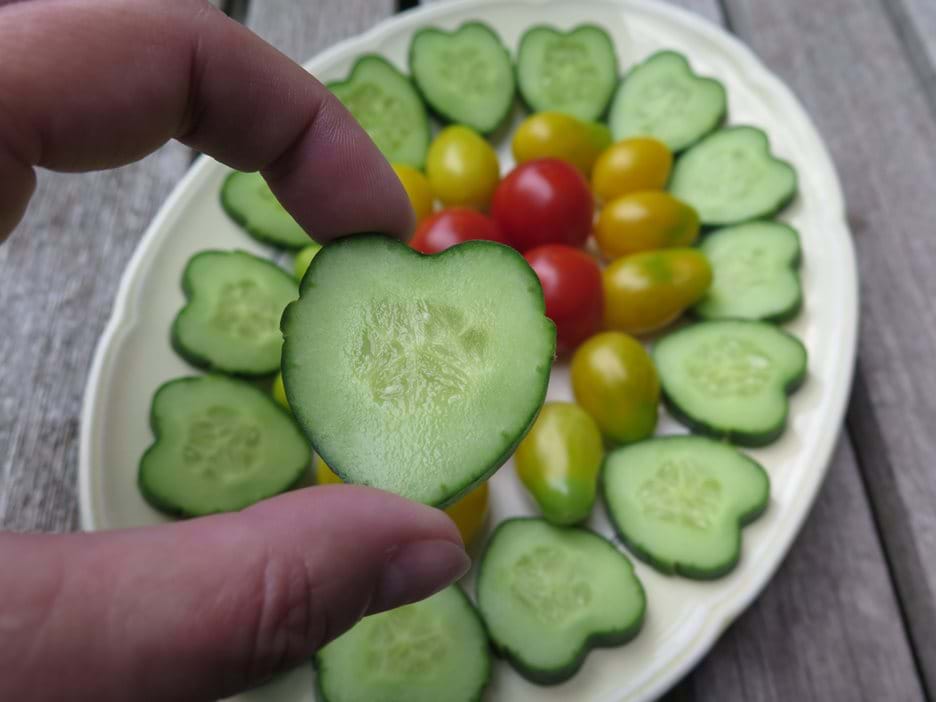 Cucumbers are healthy, also for the heart

Give the children a funny experience with heart-shaped cucumbers

Do you remember how the EU once decided that cucumbers should not be crooked? It was about not cheating with the weight. A box of curved cucumbers has fewer cucumbers than a box of straight cucumbers. Now the rule has relaxed, so you can now do pretty much whatever you want.

In Lotte Bjarke's greenhouse, the cucumbers are heart-shaped. You can also make star-shaped cucumbers if you like those better. How is that possible though? Are we talking about genetic manipulation or what is the explanation?

Lotte Bjarke says the trick is putting the cucumber in a mould while it can still get into the mould. The cucumber, of course, must still hang on the mother plant.

The mould is bought at Home & Garden. Once the mould is covering the cucumber, it should be tightened with plastic cable ties. It is important to tighten it properly. We know it from dandelions. They can shoot up from the asphalt, and cucumbers in a shape are the same. If they are not tightened properly, the mould will burst, and the project will fail.

Stars before the eyes

You can also get moulds for star cucumbers and even a shape that turns your cucumber into a Buddha figure, but simple shapes are easier to succeed with. It is important that you put the cucumber on the mould at the right time and also remove it at the right time, says Lotte. She did not succeed in her first attempt at star-shaped cucumbers. It does not take long for the cucumber to fill the mould. Experience says between 4 and 8 days. 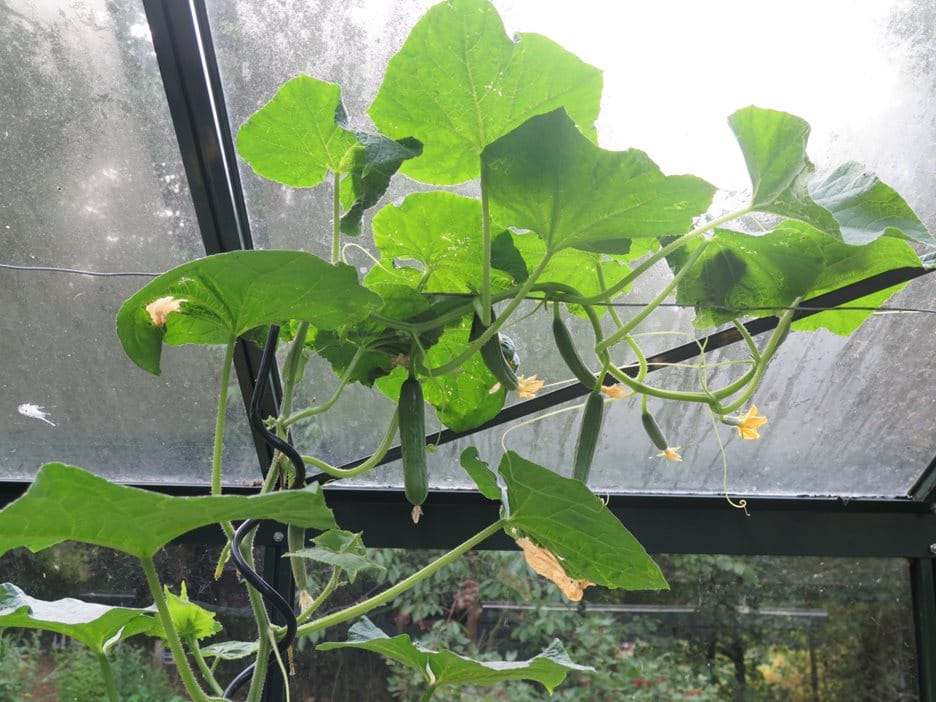 Find a couple of cucumbers that fit the mould. 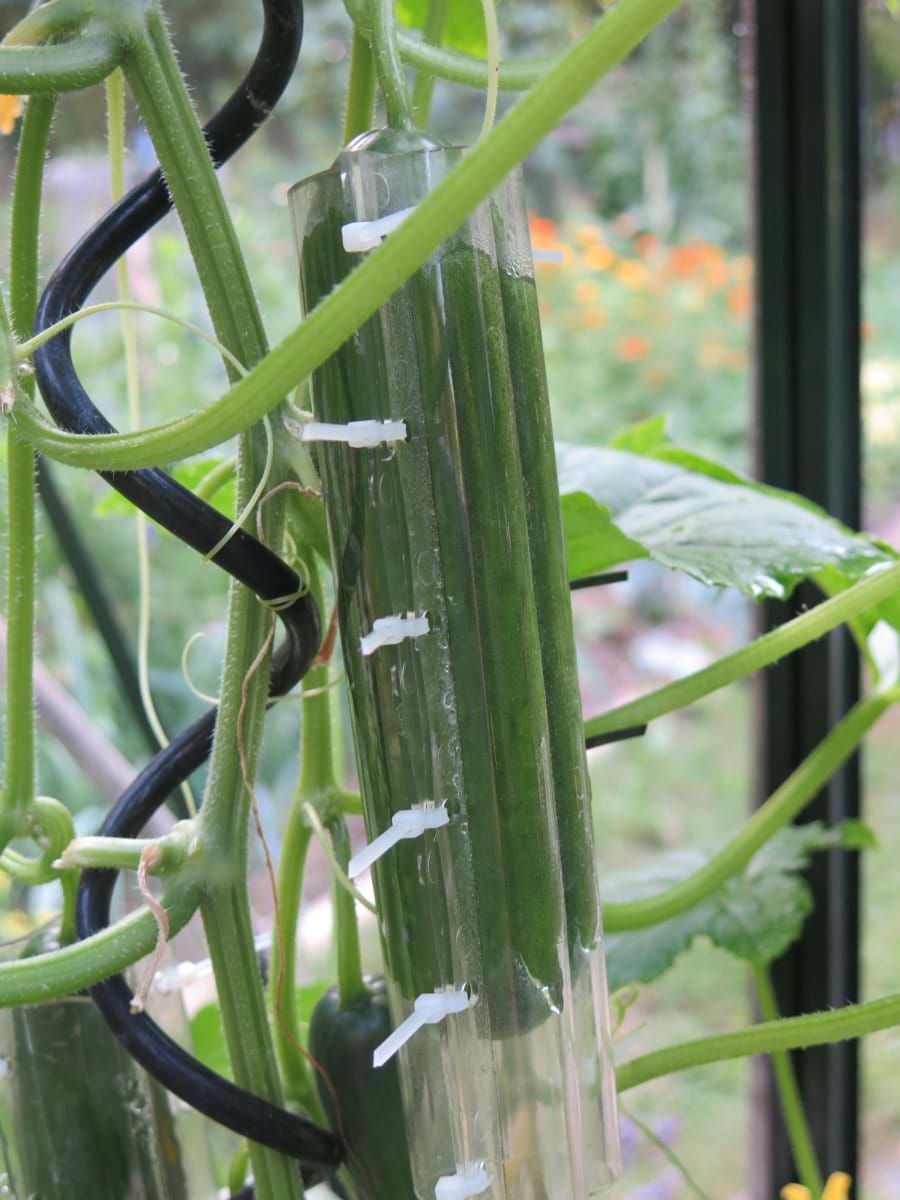 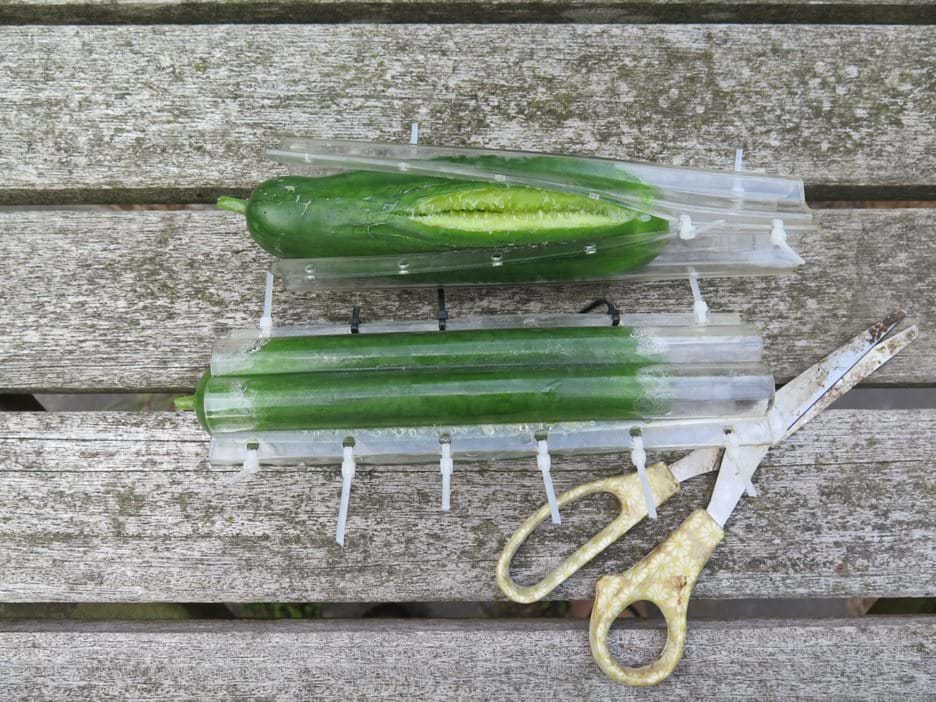 Wait between 4 and 8 days and then take off the mould. The top cucumber was left too long.

All cucumbers can be used, but smaller ones work the best.