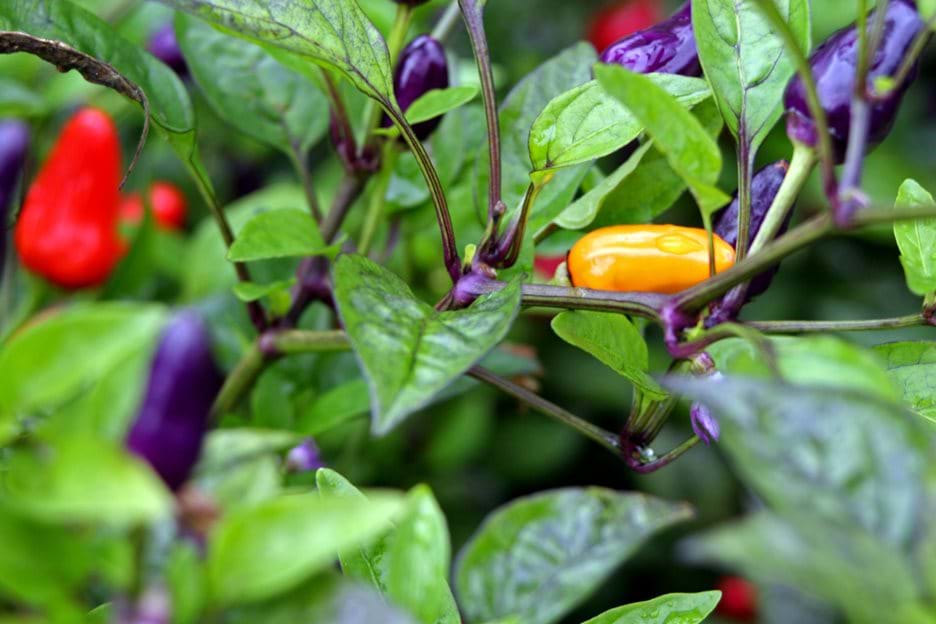 Chilli peppers hail from much warmer countries than Britain, so if you’re going to grow them successfully here they need to be sown early in the year so that they have plenty of time to mature and produce their colourful fruit. February is a good month to sow them, as the days are getting noticeably longer and light levels are improving, but the seeds do need plenty of heat in order to germinate. A heated propagator placed on a sunny windowsill will provide the ideal conditions.

Have a look through seed catalogues and on the websites of specialist chilli growers and you’ll notice that there are a lot of different varieties from which to choose. The heat of chillies varies greatly and depends on the amount of capsicum in each chilli. The intensity of this heat is measured by the Scoville Scale, named after an American chemist, Wilbur Scoville, who developed a test to rate the heat of chillies. Some peppers such as sweet or bell peppers contain no capsicum so they are given a Scoville rating of zero; chillies with a rating of up to 3000 are classed as mildly spicy; those that are moderately pungent range from 3000–25000; and any rated as over 80,000 are classed as very hot. In fact, some of the hottest chillies have Scoville ratings over 2 million! 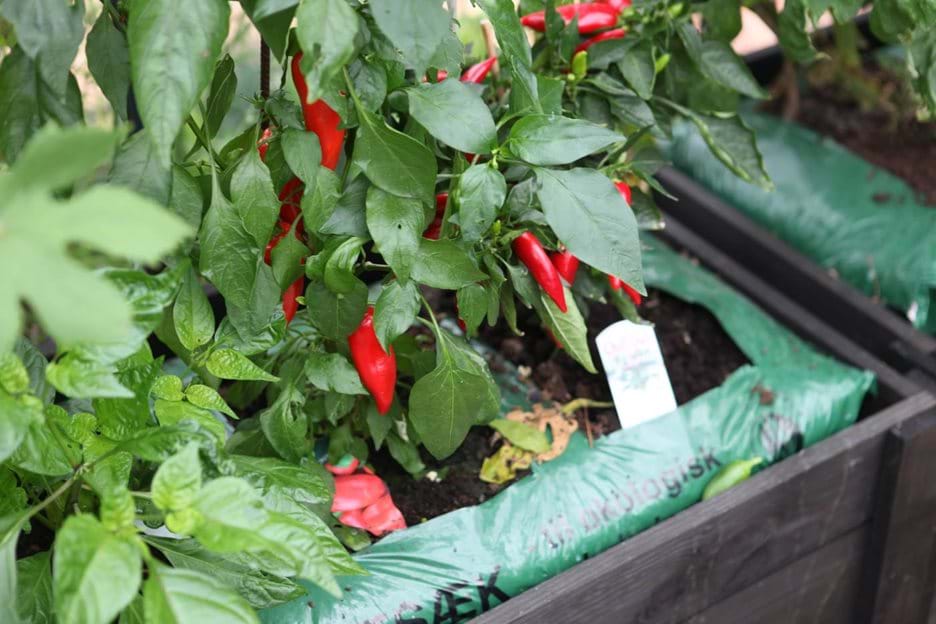 Chilies thrive in beds, growbags and pots and they all have each of their advantages.

Fill seed trays or small pots with multipurpose compost, gently press down the compost and evenly distribute seeds on the surface. Cover with a thin layer of compost, water and let the trays or pots drain before placing them on a heated propagator. Cover with the propagator lids or a clear plastic bag to retain moisture. To prevent too much humidity building up remove the plastic covers each day for 10 minutes or so, and wipe away any moisture from the lids before replacing.

It should take 1–2 weeks for the seeds to sprout, but some varieties will germinate more quickly than others, so be patient. When the seedlings have developed two sets of leaves – the seed leaves and the first pair of true leaves – it’s time to prick them out and replant them into individual 9cm pots. As they grow it’s important to water but keep the compost on the dry side.

Once they have several sets of leaves feed with dilute seaweed fertiliser every fortnight until flowers start to appear, then give them a weekly feed of tomato fertiliser. In May, repot into 10 litre containers and move them into the greenhouse.

Chillies are tender perennials, so if you can keep them frost-free over winter you’ll start the new growing year with already established plants which will produce an early crop of chillies.

Don’t worry if you don’t have the space to start chillies from seed, as there are plenty of online nurseries which sell plug plants in spring, or you can pick them up from the garden centre.