It’s September and time to preserve 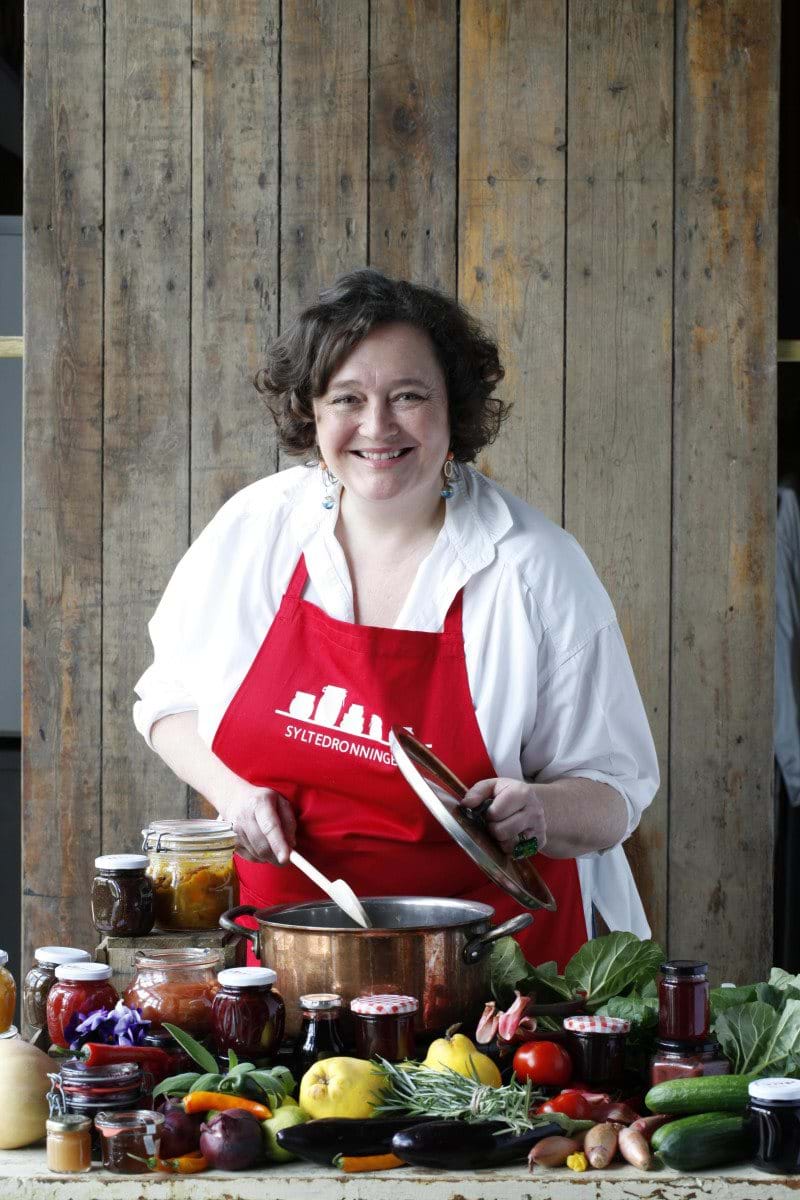 Helena Graystone is the Danish preserving queen and she knows all about the fine art of preserving.

Preserve in small portions to get the best taste

“We do not want to deal with E-numbers anymore. We do not want any more food waste and we do not care for large-scale production. We need more challenge, and we can get that when we preserve”.

Helena Graystone began experimenting with juices and jams at the age of 20. She found vegetables in the garden and berries in the forest, and then the experiments started. The inspiration came from her British grandmothers, aunt and not least parents, who each had their speciality and favourite. Her mother, for example, loved gooseberries, while her father was more into blackberries and raspberries.

In 2013, there was a Danish preserving competition. Here Helena Graystone won and was given the title "Preserving Queen". The winning marmalade was a rhubarb marmalade, but she also won second place with a raspberry marmalade with a little mint. The following year she took part in a new competition, but this time in England, where she won gold with grapefruit marmalade. The competitions were the start of a new career. She went from export engineer to owner of the entrepreneurial company "Preserving Queen". In the wake of this, an authorship, lectures and courses have followed.

Preserving is an old tradition with the purpose of preserving the seasonal abundance of fruits and berries. In Denmark, the great revolution came when the company Tørsleff launched the preservative Atamon in 1930. Atamon could replace the use of rum, whiskey and cognac as a preservative. Some will probably think that it did not make the jam better, but at least it became somewhat cheaper as more and more taxes on spirits came. Atamon became an indispensable remedy when preserving. 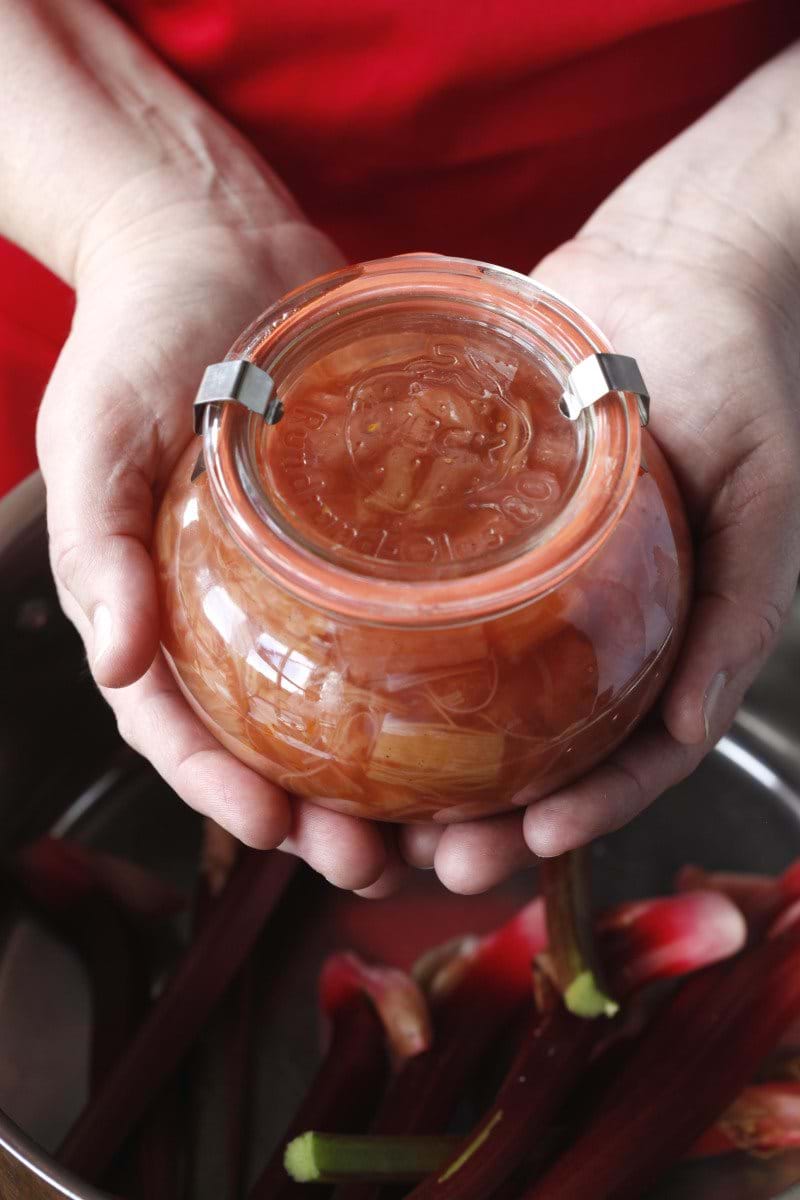 The rhubarb marmalade became the start of an entrepreneurial company.

Pound to pound is out

“Today we do not preserve to stock for the whole winter, and with the modern-day marmalade jars and their tight-fitting lids, there is no need to add artificial preservatives when we pickle”, says Helena Graystone.

In the past, the method for maximizing shelf life was preserving pound to pound, but Helena Graystone's recipes include as little sugar as possible. Less sugar fosters the pure and intense taste of the ingredients, and diabetics must also be able to participate. A long shelf life comes with good hygiene and starts with fresh ingredients, clean and disease-free. The modern refrigerator also helps to extend the shelf life.

“Modern preserving in 2017 is about using natural preservation, without additives. Today, we preserve not only for something to last a whole or half a year, but to get an honest and authentic taste of the food”, says Helena Graystone, who points out that taste is as important as shelf life.

“Taste is the core of the craft. It's about preserving something that tastes insanely good because if it doesn't taste good, it ends up as food waste”, she says.

“When I preserve, I feel like a magician. Like an alchemist, I can turn the hard and inedible quinces into a sweet and savoury dessert, or a simple, overcooked pear into a hostess gift. The bitter powerful kale turns into a salty and delicate pesto and the bitter blackthorn into a sweet and inviting Christmas schnapps.

The difference between jam and marmalade

Atamon contains the active substance sodium benzoate (E-211), which inhibits the growth of moulds and yeast fungus and some bacteria. It works best in acidic environments. Sodium benzoate is produced synthetically but is found naturally in cranberries and lingonberries, for example. 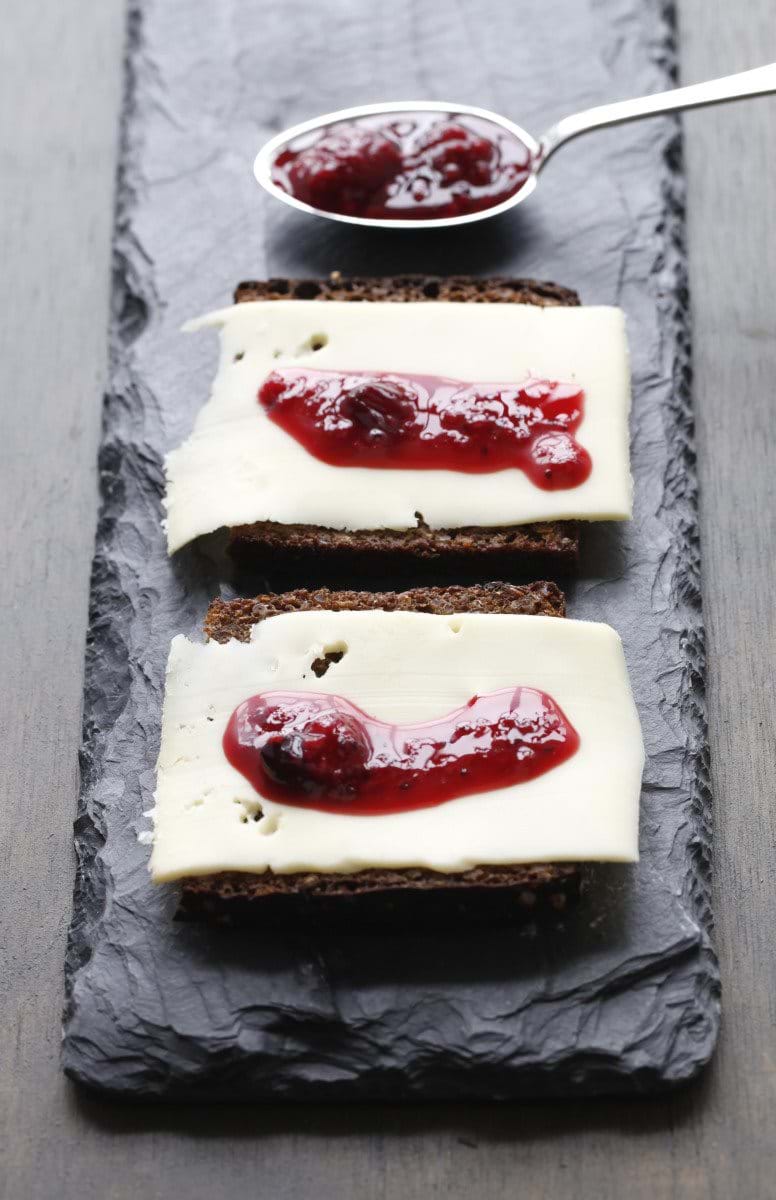 Spice up your dinner with preserved goodies

Preserve radish and other good stuff