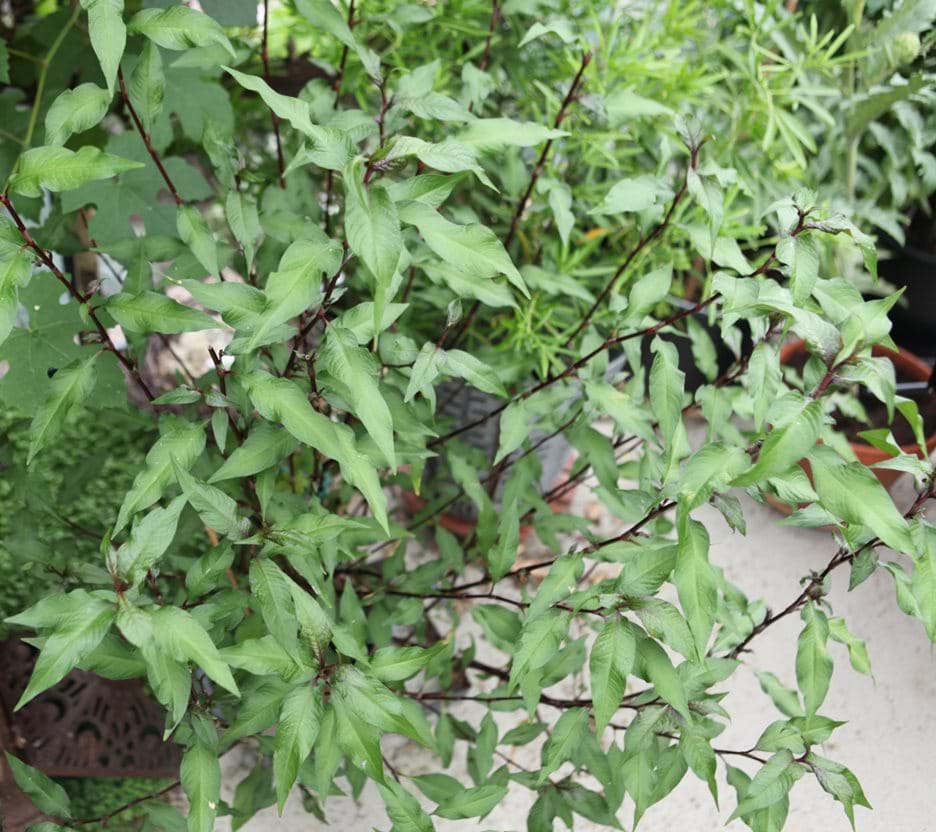 Strong stuff like chili makes you prim up your mouth. You should also try the lesser known plant Japanese water pepper, Polygonum hydropipe. It does not stem from Japan but mainly Africa, where it grows in swampy areas. The name Japanese water pepper must be due to its use in many sushi dishes. The plant has multiple names as it comes in multiple varieties. Vietnamese coriander, for example, is a two-year perennial which smells like coriander.

In spring I bought a Japanese water pepper and put it in my greenhouse as it is always warm. Water pepper is an annual plant which needs lots of water. You can put it next to a garden pond, it should be able to thrive there over the summer. If the plant gets enough water it gets big, approximately 3 feet high.

The taste is one of a kind. Admittingly, I’m not a fan of strong stuff when it comes to food. I like to grow chili, but I let others eat it.

The times had come when I had to taste a leaf from the water pepper. It is strong, very strong. At first it tastes bitter, but after a few seconds the taste changes into something that reminds of pepper mixed with chili. I couldn’t talk for a hole minute, which says a lot about the power of the leaf. After rinsing away the essential oils from the leaf, the taste was gone. Despite my phobia of strong stuff, I still think the Japanese water pepper is quite interesting, and it would probably be nice in salads or cooked dishes. The plant is of course also utilised in medicine. An extract should work exceptionally against diarrhoea. It can also be used in the garden to keep insects away.