Aksel from Denmark really felt Bodil, but now he is taking revenge 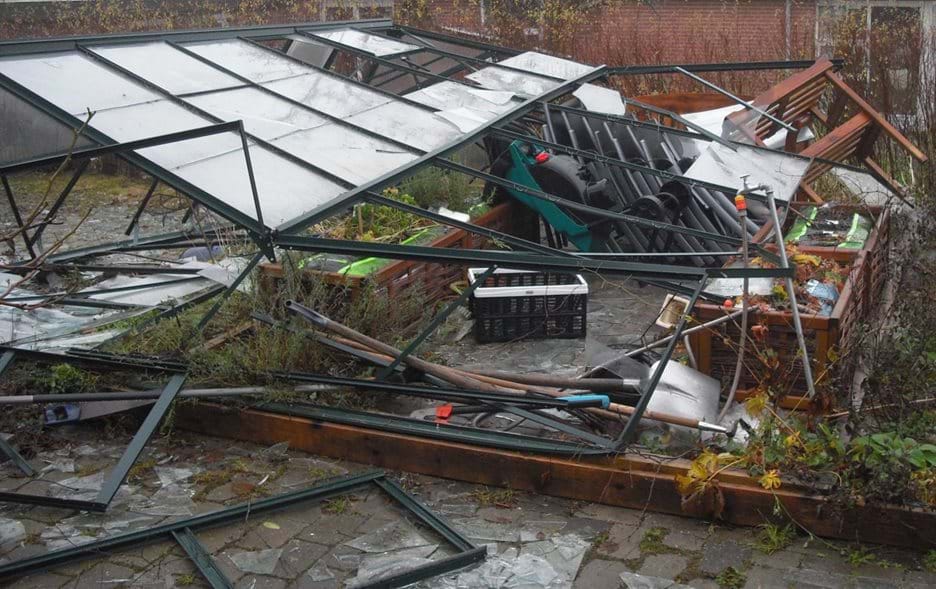 The 29th of November. The storm Bodil, which we call it in Denmark, played around in the greenhouse for one hour but forgot to clean up after itself.

Allan, Bodil, Carl, Alexandre, Dagmar, Egon, Freja, Gorm and Helga – the Danish name for many of the storms we have had. Storms and hurricanes have made life difficult for many house and greenhouse owners. The naming of storms and hurricanes started in Denmark in 2013 with Allan. Allan was the worst hurricane we have had since then. The wind speed was 174.9 ft/s and besides great damage, it cost 3 people their lives. The second worst hurricane we have had was the 29th of November 2015. Gorm raged with 150.6 ft/s. Helga came just after, on the 4th of December, but was “only” a storm, though with wind gusts of hurricane strength. It was measured 113.2 ft/s.

For that reason, I have initiated a nationwide investigation, with the purpose of determining how to prevent storm and hurricane damages. More than 300 have participated in the written investigation. Moreover, I have visited different greenhouse manufacturers to learn their experience and get good advice, but also to learn how they future proof their greenhouses.

I have also visited lucky and unlucky greenhouse owners, and the Danish Technical University has helped with technical calculations of wind speed and wind conditions.

It will take some time to process all the material, but common is that both expensive and inexpensive greenhouses have been harmed by storms. When the material has been processed, you will be able to read more about the result here on the Greenhouse Forum, and I will offer more ideas to how to safeguard your greenhouse.

Here is the first tip: Aksel Borup Jensen from Denmark is one of the greenhouse owners who have shared their knowledge. His first greenhouse totally collapsed when Bodil hit in late November. He was brave and bought the exact same greenhouse, so it could fit in the base.

Aksel is quick because the new greenhouse is already standing where the old one stood. The house was sheltered, but it seemed like it was lifted by the wind. He wants to prevent it from happening again, so he has (as the picture shows) made a special fitting which fits in the profiles. He has a fitting in the base with a wire to the top of the greenhouse. He is not looking forward to testing it, but he is sure that it will prevent the house from flying again. 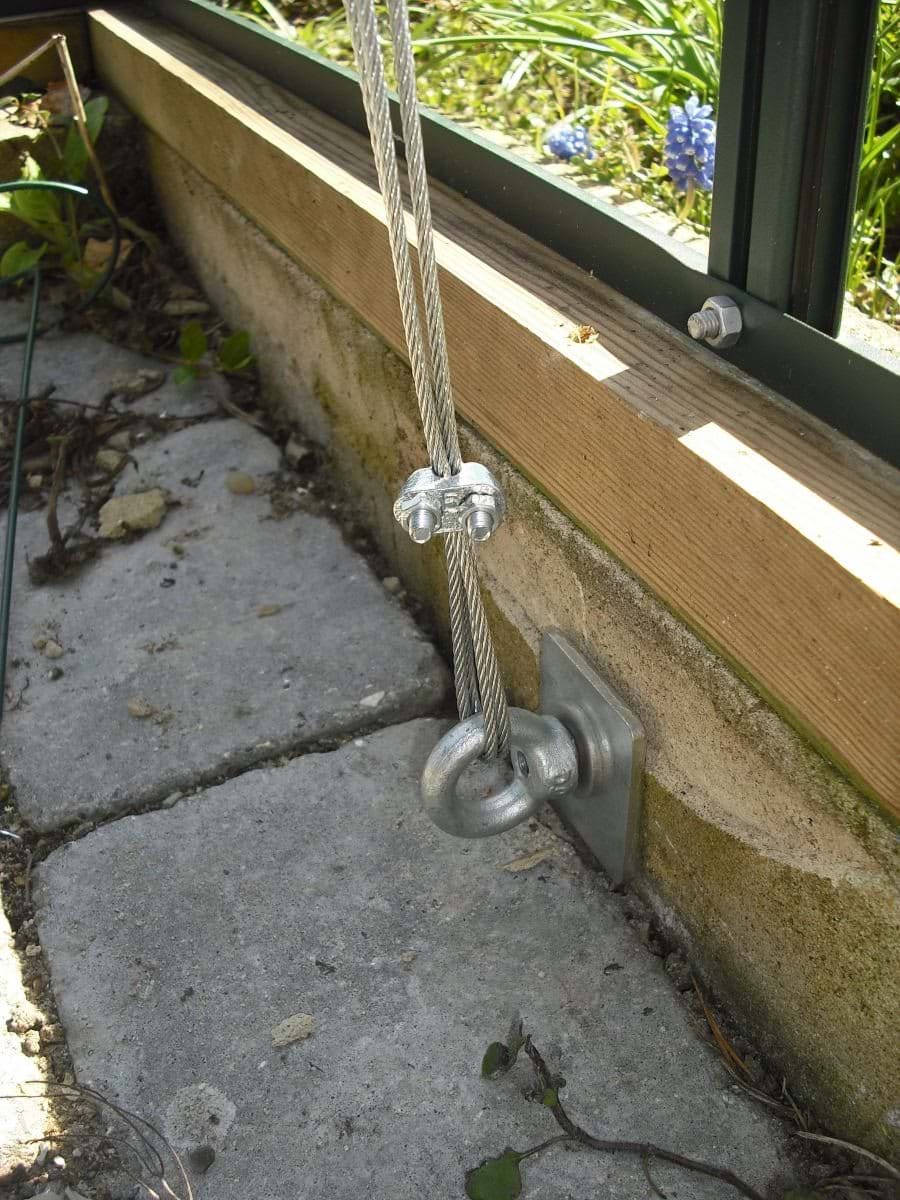 A solid fitting embedded in the base. 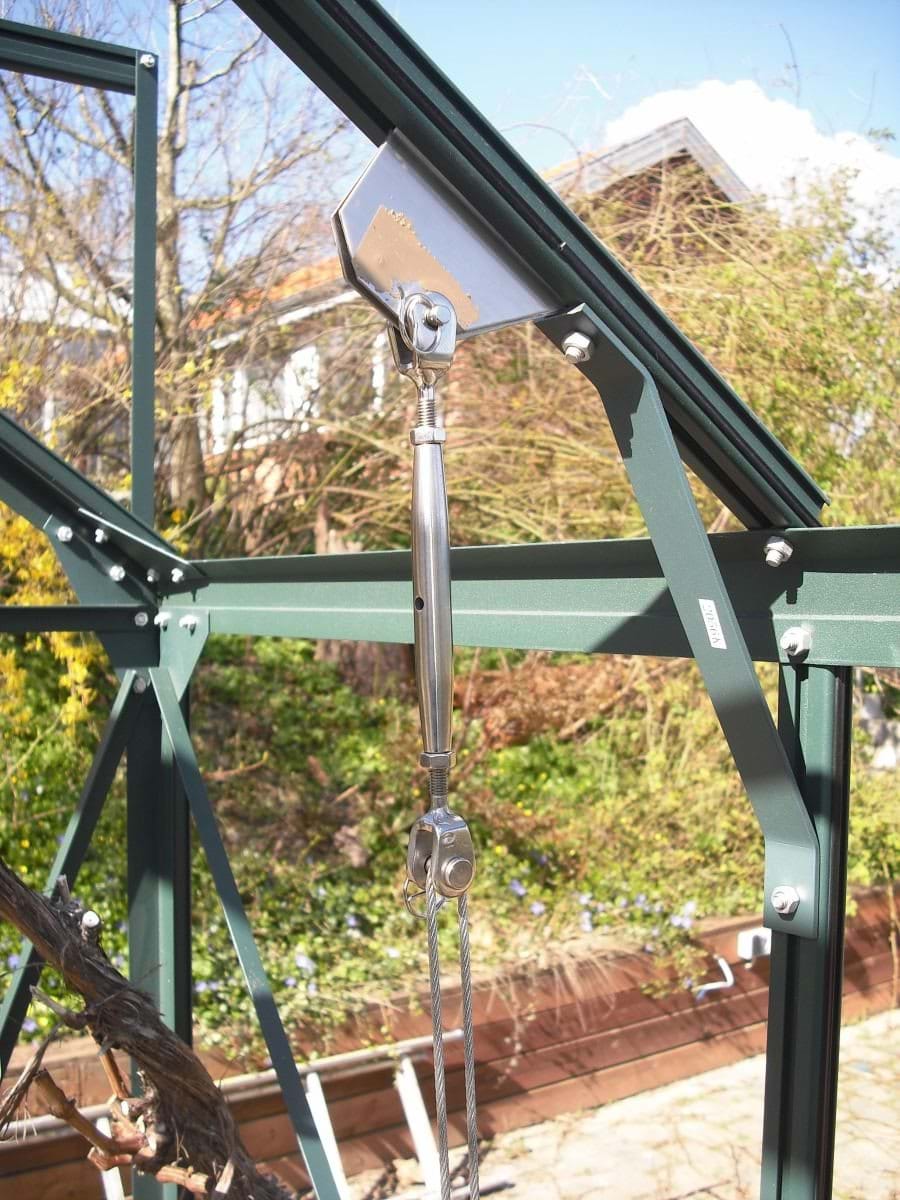 And a wire to the roof of the greenhouse.

Luckily Aksel´s insurance covered the costs of the greenhouse. It is far from all insurances that do that, and if yours does not, you can get a separate glass insurance.