The summer failed us but sow the spring now 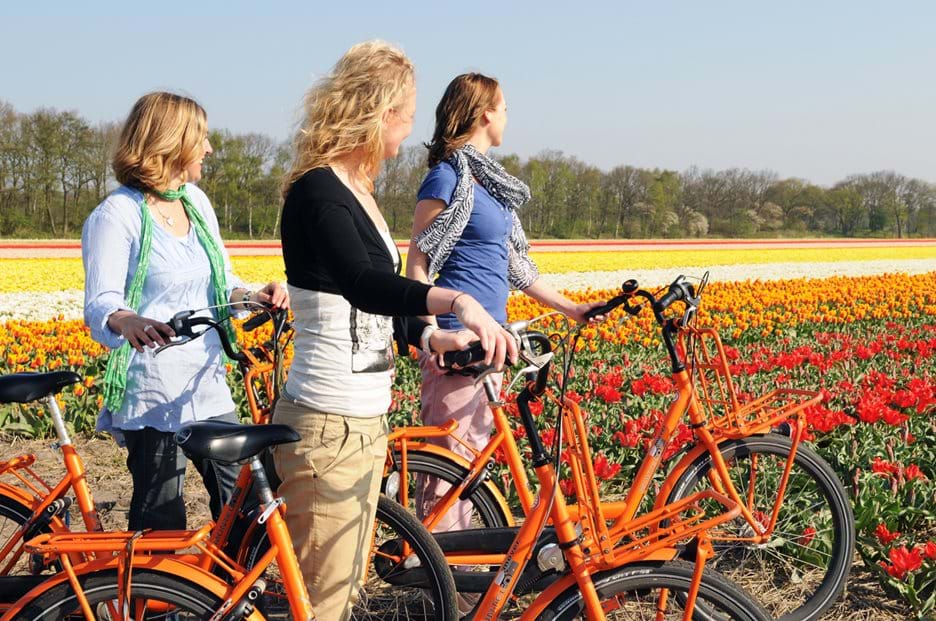 You can look forward to the summer now. Sow tubers now and experience great success.

Another explanation is that bulbs are easily attacked by fungal diseases, and today very few people care for their bulbs as they did in the past. If you want an onion to last a long time, snip off its heads as soon as the first petals begin to fall off. If you do this, the tulip puts side bulbs instead of seeds, and the bulb is less exposed to diseases. Once the bulb has withered, it should have some fertilizer so that it can gather strength. One month after flowering, when the leaves and stem have withered, the bulbs are picked up and dried in the sun. If you give the bulbs a fungicide before they go back into the soil, they will last longer. There's just no time for that these days but you can take a shortcut. The earlier you get your bulbs in the ground, the faster they will start to form roots, and the greater the chance is of healthy bulbous plants. 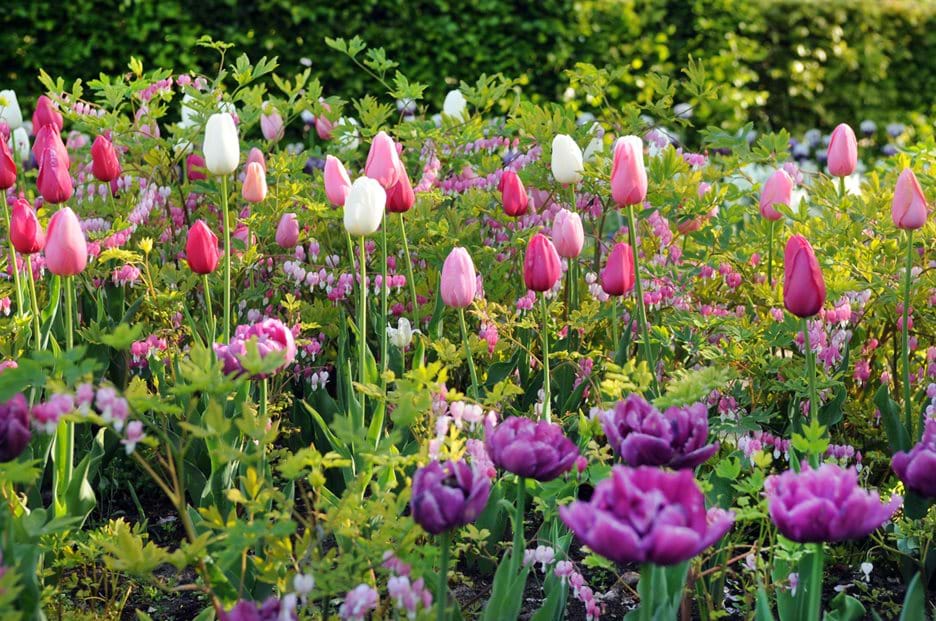 Remember to sow bulbs between the perennials. They go well with the early kind, in this case, with Bleeding Hearts.

Tulips are the favourite bulb of all, while lilies come in second place in Europe. Tulips were introduced to the Netherlands in the late 16th century by Carolus Clusius. People in the Netherlands were quick to see opportunities in tulips, and it turned out that the coastal area, especially the area within the dunes facing the North Sea, was perfect for growing flower bulbs. The coastal climate with the mild winters and cool summers, good water supply, and a constant water level in the small canals, as well as a really light soil were all conditions that helped to create the good results. 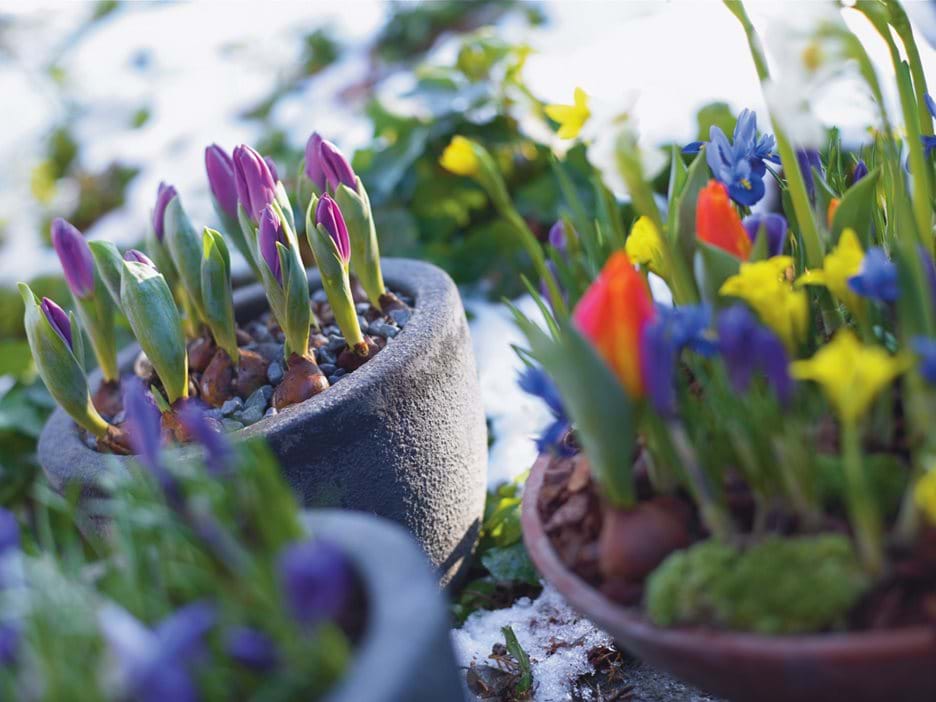 You should of course put bulbs in pots too. Put them in the greenhouse, then they will bloom early.

That knowledge can be used in the gardens. Flower bulbs should lie in well-drained soil. If the soil is hard, loosen it by mixing in some sand. If it is sandy, put a little sphagnum in the plant hole. The sowing depth is - as a rule of thumb - two to three times the height of the bulb. Wood squills are laid at a depth that is at least twice their own height. Daffodils and most narcissus, as well as larger tulips, should be transplanted in twice the depth of their height. An overly deep transplanting often produces many leaves.

Once you have put your bulbs in the ground, cover them with leaves, straw, or sphagnum. Especially tulips benefit from a smaller cover. Fertilize when transplanting with a mixed fertilizer and repeat when the first leaves appear. 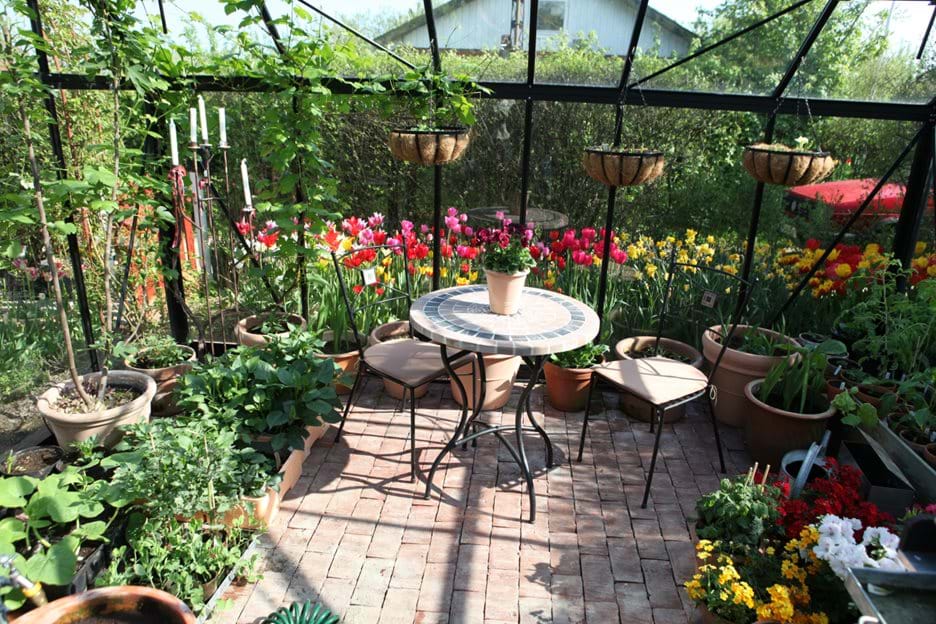 April and May are dominated by tulips, daffodils, poet’s daffodils, chives, crown imperial and dropping star-of-Bethlehem.

June and July are the months of the lilies. Lilies are not as difficult to grow as you might think. There are several sorts that can withstand the northern climate.

Iris, foxtail lilies and Spanish Bluebells are other bulbous plants in June and July. And if you want to bring autumn with you, there are many bulbs for the garden as well. It is almost only November, December and January that are bulb-poor.

Bulbs can of course also be put in pots and in flower boxes. In flower boxes, small bulbs are especially suitable. Remember that these must be protected extra well during periods of frost.

In the greenhouse it is also great for bulbs, then spring will come even earlier. Here they can be placed in the beds or in pots that you can later take into your home and be among the earliest to have spring in the living room.