Fruit trees should be trimmed during the winter. The hedge during midsummer. The garden should be cultivated in fall, and lime helps against moss. There are many old horticultural traditions, but they are not necessarily true. In this article, Lars Lund will investigate which are true and which are false.

As we all know it is easier to learn than unlearn. In generations, it has been common to trim the hedge right around Midsummer Day and cultivate the garden later in the year, in fall. If you want to take good care of your garden and plants, recent studies have made it clear that most things we do in the garden are actually incorrect.

Most of what we do we have been taught by professionals, so these studies are difficult to understand and conform to. 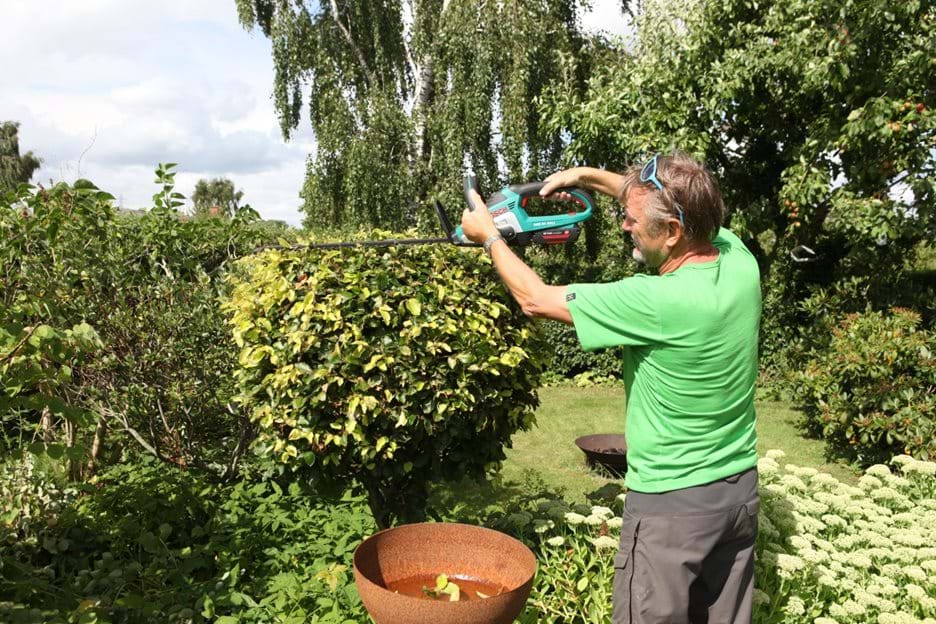 Most hedges are being trimmed too early.

The hedge is a good place to start. Historically, it has been a tradition to trim the hedge around Midsummer Day. The gardeners who took care of the manors have taught us that. When they trimmed the hedges in midsummer, it served two purposes. First, the hedges should be holly cut, and to achieve that, it was necessary to trim at least two times. Otherwise, it would look tousled. Second, the gardeners had the most time to trim in late June. By then the kitchen garden and flower garden would be done and would take care of themselves.

Recent studies have shown that hedges are better served by being trimmed in late July, thereby prolonging the trimming one month. The job of the root system is to bring nutrients to the leaves, but the leaves also bring something back to the root system, which makes it grow. The roots are dependent on the production of sugars from the photosynthesis. This is the reason why new sprouts will come if trimming too early. The plant will be disrupted in its root/top balance and it will then replace the lost. At the end of July, the leaves will have given enough nutrients back to the roots, that the root system is now well-fed, hence the hedge can be trimmed. If you trim often, the root system will get weak and be in risk of getting diseases.

It is the same practice with grass. Most have been taught not to mow the lawn too close to the beginning of the season and not too close to the end of the season. The reason is the same as for hedges. The grassroots get stronger when the grass is growing higher than preferable. Higher grass also prevents moss, because the grassroots will gain more power and produce more leaves.

Lime is said to be useful against moss. Lawn fertilizer with lime added is even sold and advertised as killing moss. This is not necessarily correct. Every greenkeeper knows that the golf course is not just filled with lime. You have to check if the lawn needs it. If the plants are not getting enough lime, then the grass cannot absorb some essential minerals. But on the other hand, if the lawn, or even kitchen garden, gets too much lime, it can affect the growth. This is why only a soil sample can determine if the lawn needs lime or not. Loam often contains enough lime, but a soil sample is still needed to determine if it needs more. Lime is cheaper than fertilizer. If lime is added in fertilizer it is cheaper. Personally, I prefer not to use a fertilizer with lime added. Some moss’ even thrive in calcareous soil. Some use copperas to get rid of moss. Copperas contains iron and sulphuric acid, but too much iron in the soil has the same effect has too much lime. It makes it hard to absorb other minerals. Copperas can in worst case hinder the growth, however less than lime. Copperas can also stain tiles and trees. 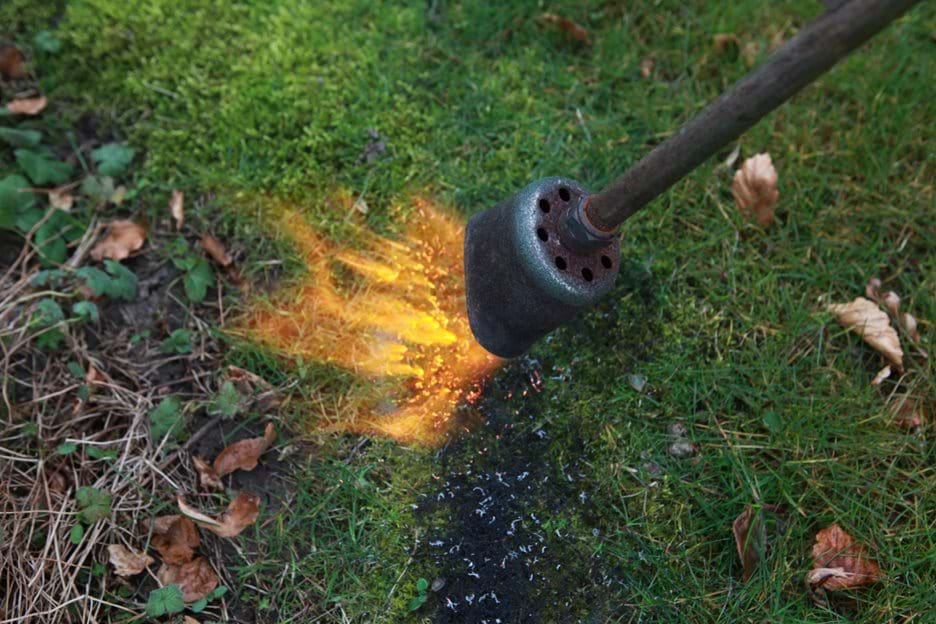 Moss can be burned away, but the grass will return. Lime is not always effective against moss.

Pruning of fruit trees has always been a winter practice. The reason is that the tree is over-wintering and therefore no bleeding. If you choose to prune during winter, it might not have any consequences in the short run, but professionals choose to prune when the tree is sprouting. The reason is that it is easier to see where the tree needs pruning when it has leaves sprouting. Although, the main reason is that the tree heals better when it’s growing than when it’s over-wintering. The wound will close up quicker, so it won’t be attacked by fungi. The amount of bleeding is not of any significance, not at all in the long run. 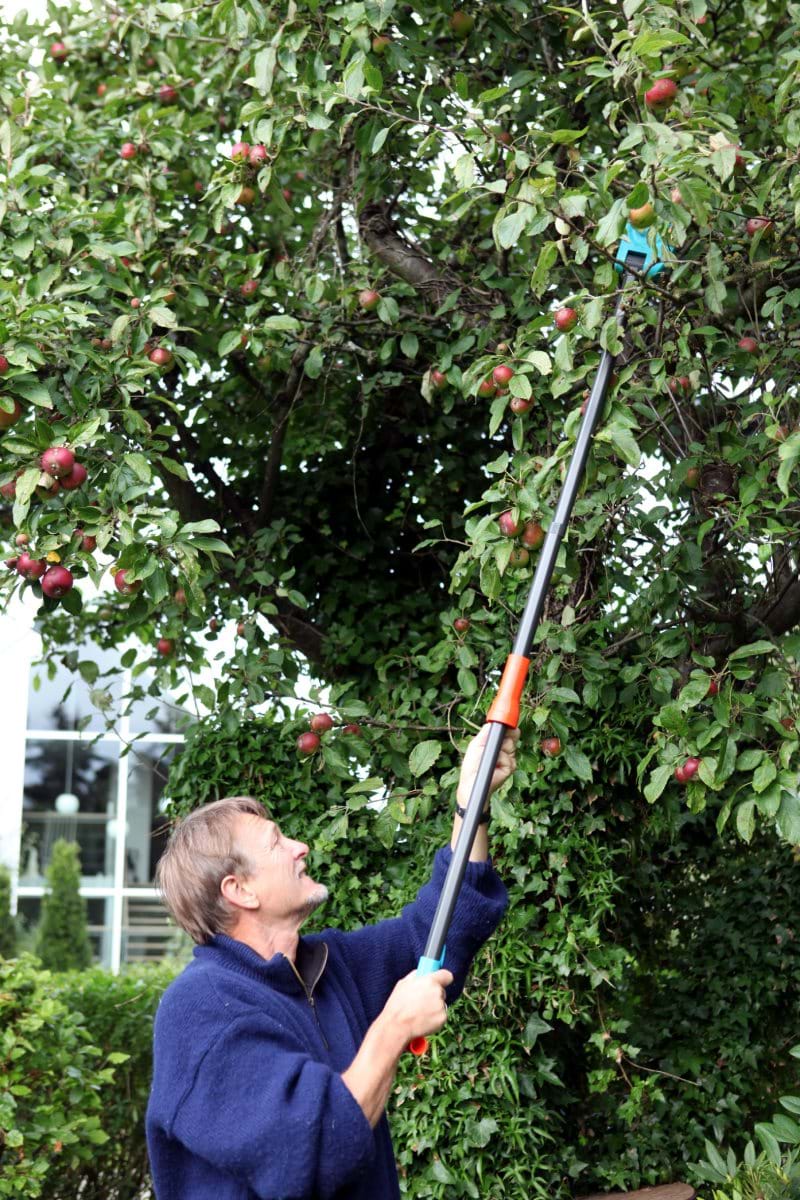 Digging in the garden can be hard work. In most cases, it is also unnecessary.

The soil is filled with beneficial fungi and billions of small microorganisms and sometimes earthworms. The different fungi and microorganisms live in different layers of the soil and are bringing important minerals and fertilizers to the plants. If you dig up your garden you turn the layers, and it takes time to restore the natural balance. On the other hand, the structure of the soil should not be compact. If it’s compact you should dig it up and add sand or compost. If the soil is pure sand you should add compost, and if it’s clay you should add sand. Then the digging will be necessary, but when the loam is in good structure, the kitchen garden should only be cultivated, and every year added with compost. The principle is known from raised beds but can be used in regular beds. 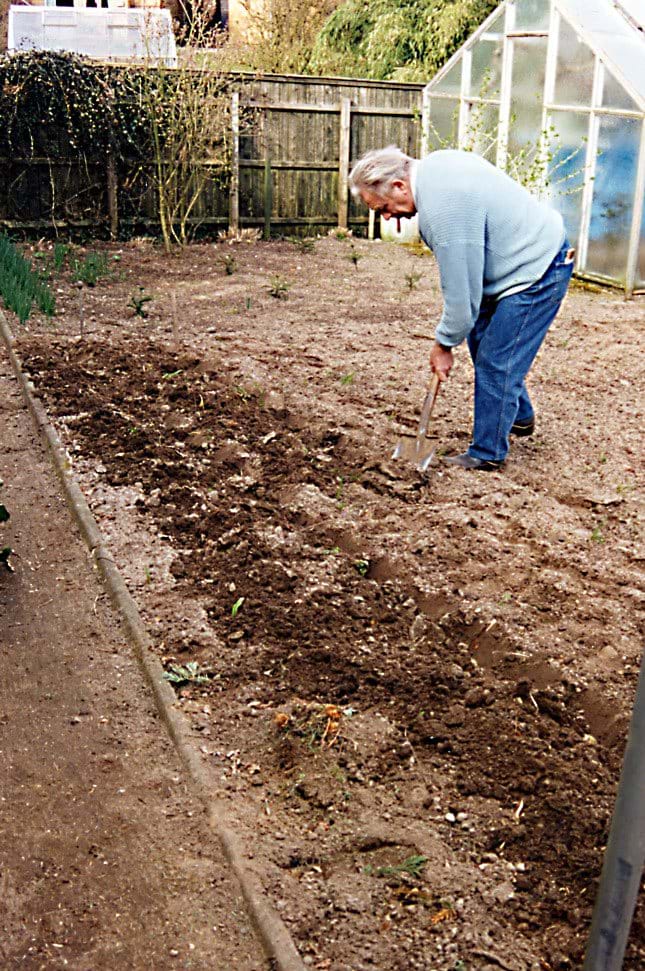 In the good old days, you dug the garden, but it is not necessary anymore.