Cucumbers are a classic greenhouse crop, thriving in the warmth and humidity where they produce tasty, juicy fruit that are perfect for summer salads. While there are plenty of tried and tested varieties from which to choose, there are also some more unusual ones you can try. 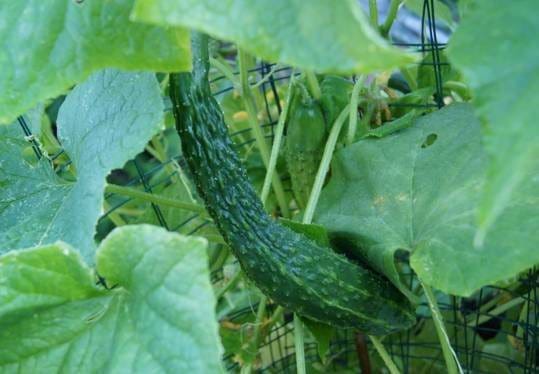 ‘Suyo Long’ is a heritage variety from northern China which produces knobbly, curly fruits with a mild, sweet flavour. They can be trained up a wigwam or trellis panel which will encourage straighter fruit to form or allowed to scramble across the floor. 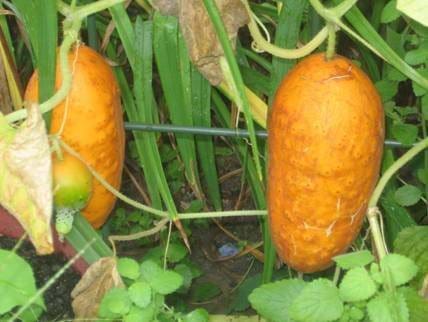 ‘Poona Kheera’ is a cucumber variety from India which is said to be very crisp and crunchy. It’s also very colourful, starting out a bright lime green then turning orange as it grows.

‘Miniature White’ produces small green-white fruit that have a very soft skin. These cucumbers are prefect if you find the long ones go off before you can eat all of them, and the vines are compact too so they won’t take up as much space in your greenhouse.

‘Parisian Pickling’ is French heirloom, gherkin-type cucumber, whose fruit can be pickled or eaten in salads, although for the latter it’s best to remove the skin first.

Cucamelons are tiny fruit about 3cm long which look like miniature melons. They have a crunchy texture and a flavour similar to cucumbers, and they can be used in salads, pickled or stir-fried. They even make a nice addition to a gin and tonic.

Momordia charantia, also known as the acrid cucumber, bitter melon or balsam apple, is not actually a cucumber but it does resemble one. It’s grown widely in Asia, Africa and the Caribbean for its fruit. The stems can grow up to 3.5m with vine-like leaves and bright yellow flowers, which have a vanilla-like scent. These are followed by long, green, warty fruit, and it’s in this unripe stage that they’re eaten in soups, stir fries and curries. If the fruit is left to ripen it turns bright orange and splits open to reveal a scarlet red lining. It thrives in temperatures above 18C, so you’ll need to give it a long growing season and plenty of heat to encourage it to produce a crop in the UK. 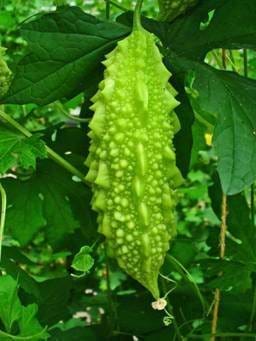 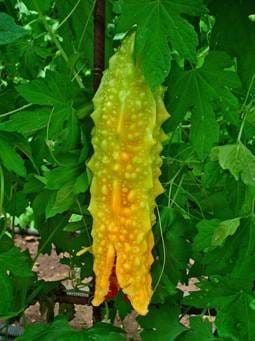 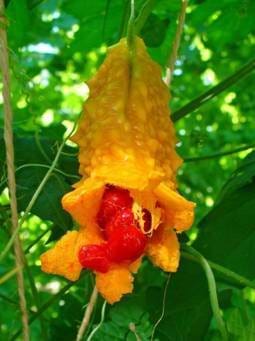 The acrid cucumber in three stages.

Achocha come from South America and look like flattened cucumbers but inside the fruit is hollow. They’re eaten either raw or cooked and are often stuffed with meat, fish or cheese and then baked.