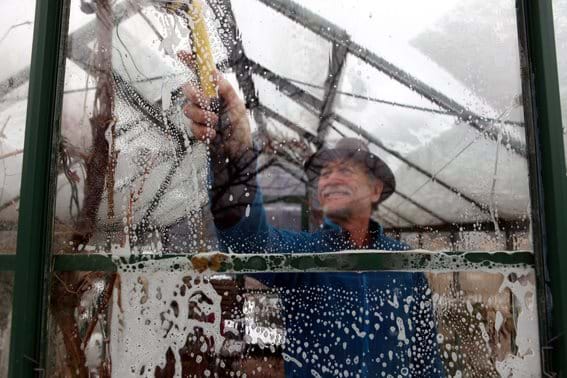 How to keep the greenhouse going

When the summer is hot and autumn is mild, then what will winter bring? Will it even be winter? In autumn most people pack up the garden. The greenhouse is cleaned with water and soft soap, and you move inside. Maybe you have noticed that the farmers, after the harvest, sow different cops in the fields again. Crops like mustard are thriving and some even bloom.

In the greenhouse you can still cultivate both for winter use and vegetables, that will then be ready way earlier than if you sow in spring.

My neighbour is from Thailand and has worked at a nursery in Thailand. As many know there is a different climate in Thailand than here in the north, but she has not noticed that. Here in Denmark, she does everything that you shouldn’t do with plants in our climate, and she almost always succeeds. She has taught me that you shouldn’t be afraid of trying something new. Who says that what we have learned throughout maybe 100 years is still working? The climate changes, so start experimenting. Here are some of the certain ones.

Many of the garden’s herbs feel like being in a clover when they are moved to the greenhouse. That is for salvia, lemon balm, thyme, peppermint, oregano and chives (if we consider small onions a herb).  On the other hand, you should keep an eye on the rosemary, as it does not tolerate frost. During the entire winter, you can harvest fresh green herbs. Remember to irrigate if the soil has dried out because of the sun. 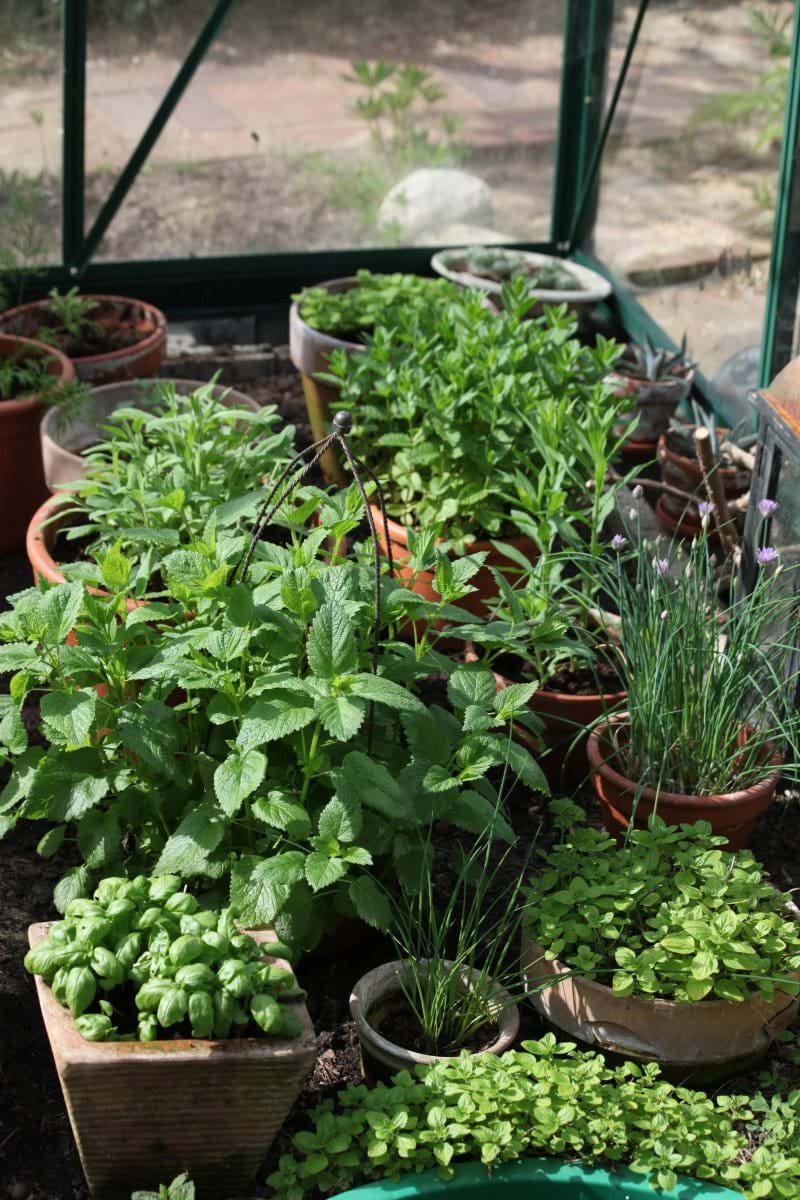 Lamb’s lettuce is a certain success. In nature it grows wild but will also thrive in a greenhouse. Among other lettuces are winter purslane, rocket and land cress, which is nice as sprinkle. Iceberg lettuce sowed in November can be harvested in March and April. 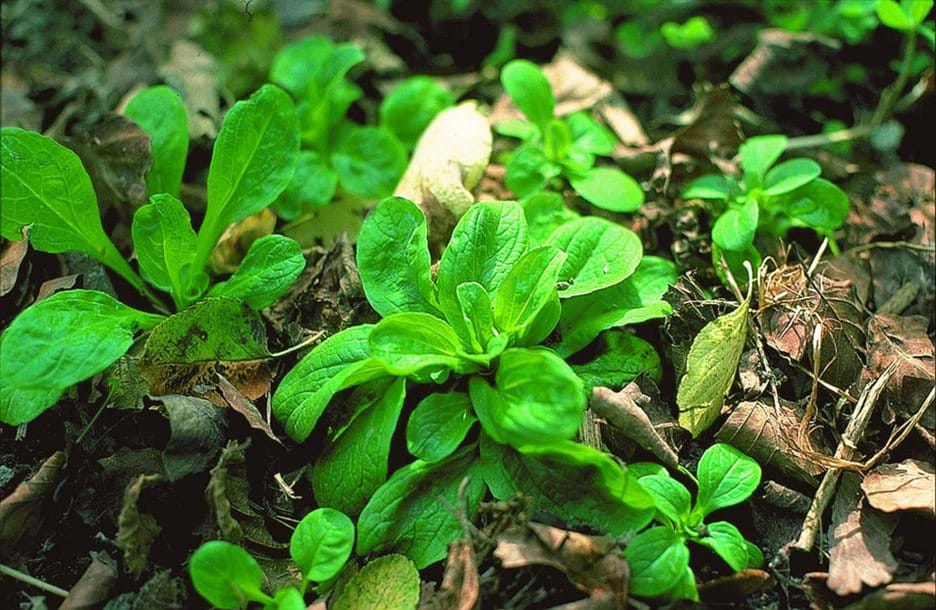 Garlic that is planted in October/November is ready to be transplanted in March/April. The small onions from the autumn harvest can be transplanted in the greenhouse and will sprout in spring. Cabbage, radish, parsley, dill, onions and carrots can be sown in November and harvested in spring/summer. 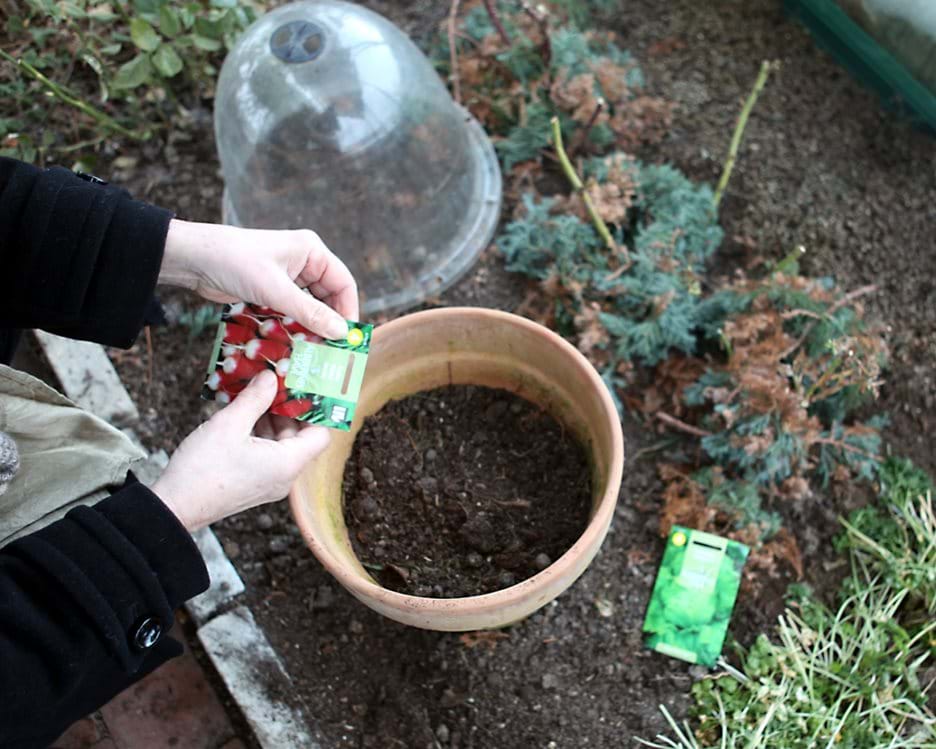 Bring the garden inside

In the garden are kale and winter leek. They tolerate frost but you can also dig them up and transplant them in the greenhouse. You will get kale so big that you can use it as a Christmas tree for Christmas. Rhubarb will sprout early if you put it inside now.

Strawberries always sprout early when put in the greenhouse. Potatoes can be sowed in January/February. 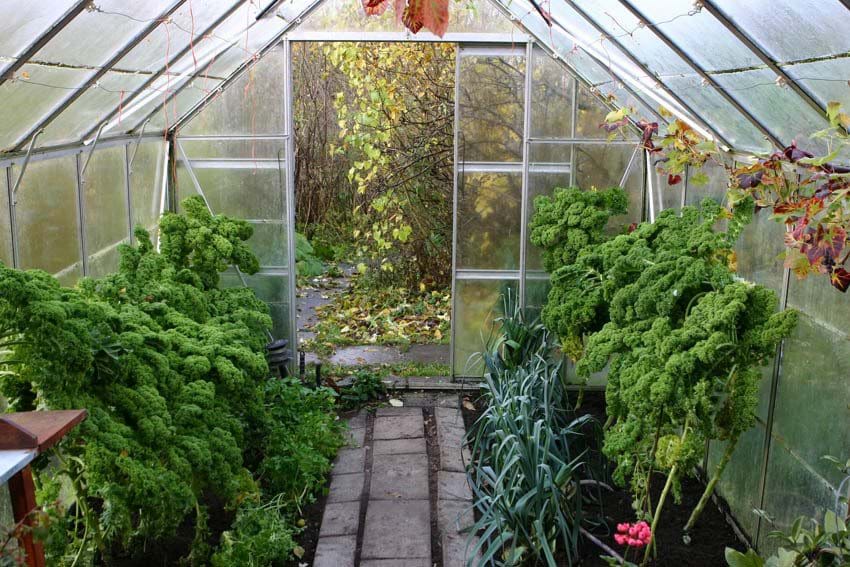 Generally, you can say a greenhouse prolongs the season. You can start early, and you can harvest later. By experimenting you will also experience that some plants simply do not thrive in a greenhouse, as it is too hot in there. On the other hand, the heat means you can cultivate fruit you otherwise couldn’t. Some vegetables that will sprout only when their “biological watch” says it is time. Some vegetables, like potatoes, have a long germination capacity and can therefore be planted both early and late, but you still can’t have potatoes all year round. Flowers are an entire chapter for themselves. For example, you won’t get tulips earlier in the greenhouse, but you can sow pansies now for later transplantation.

Winter cosiness and hot chocolate in the greenhouse