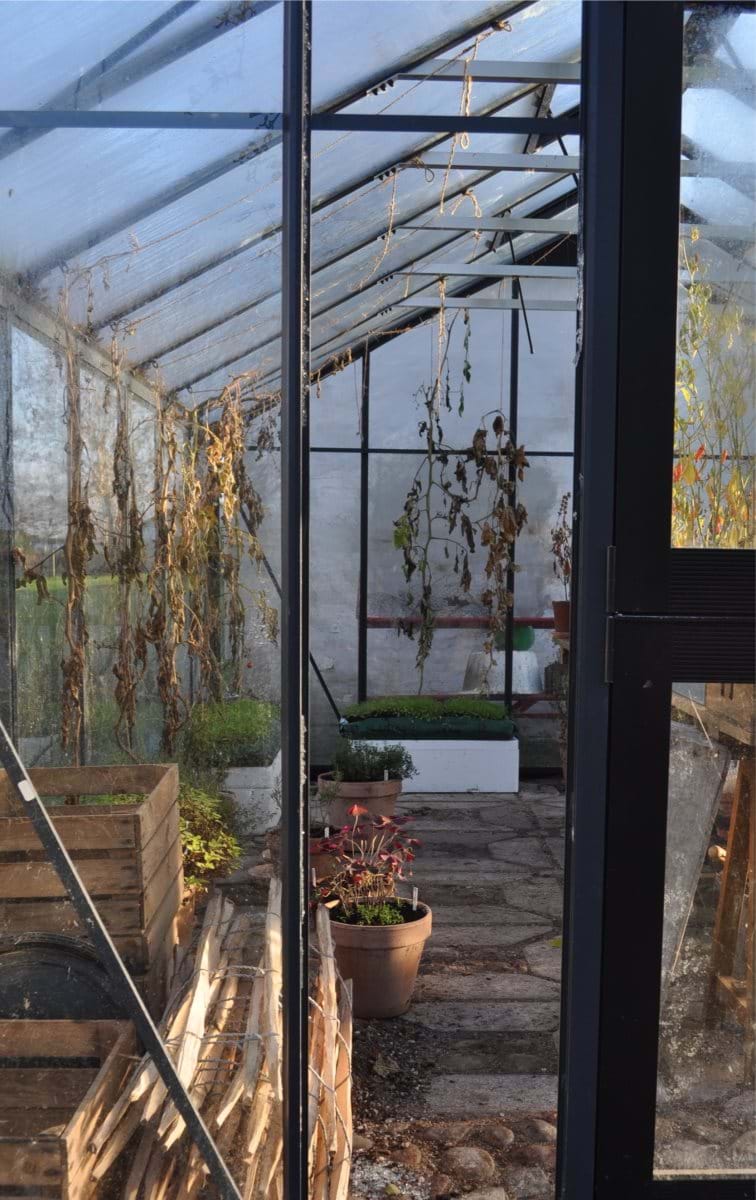 We got our Juliana Gartner greenhouse last year in April. It took some time to build. Neighbours, passers-by, our loose ducks, hens and geese were all curious bystanders to the project, which lasted a couple of days.

Finally, it was ready on its foundation and we have loved it ever since.

We quickly filled it with tomato and cucumber plants and lots of pots with fresh, scented and green herbs, that sprouted in the good loam.

But we were unlucky anyways. One morning we saw that one of the windows in the gable was all shattered like a car window.

We were completely surprised as we couldn’t figure out why the window had shattered. That side of the gable is close to the gable of the stable and there are no trees or branches. It is almost impossible to even throw a stone on that exact window.

We cleaned up the mess, but the incident was a mystery for days, right until we one afternoon heard a strange sound from the greenhouse. It was like something was tapping on the window at small intervals.

It turns out that the big gander and his goose on the outside of the greenhouse have fallen in love with the fresh green thyme in the pot on the other side of the window. The gander was therefore tapping on the window with his beak to reach the green. 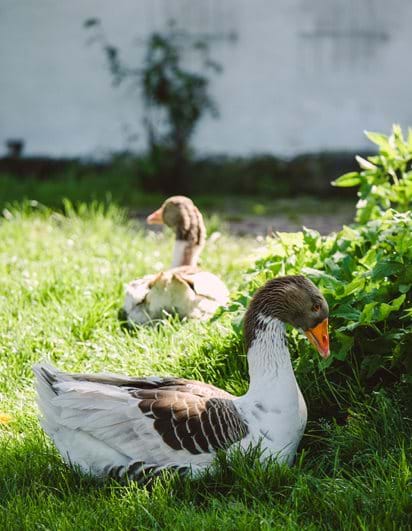 Tap-tap, again and again on the same spot on the window.

To those who do not know geese, they can be extremely persistent when they have decided something.

While we were looking at the phenomenon and preparing to chase off the gander, the window made a small noise and then scattered in a thousand pieces.

We found the sinner. The gander had, in his attempt to reach the delicious green thyme, tapped on the same spot of the window for a long time.

Those who have been nipped by a gander know that its beak is very sharp and pointed. The window could not withstand that treatment for long.

As we use the gander for breeding, he won’t end up on the Christmas table, even though he might deserve it. Instead, we have put up a fence around the greenhouse, which keeps the geese away from the windows.

We wouldn’t want them inside the greenhouse where there is thyme, oxalic acid, chillies and bay laurel for Christmas. The herbs are essential for our homemade red cabbage.

You can find the recipe here

We try breeding the animals and we have a small production which supplies our restaurant and delivers the organic products we sell in our farm shop.

Air out with the right window opener