Using LED light in your greenhouse

More and more greenhouse owners use LED in their greenhouse.

Especially in early spring, when there is not enough light and it is not strong enough, people use LED light to cultivate tomatoes.

Earlier you could see the orange light from the large nurseries as they used the SON-T lamp. When LED arrived on the market more and more nurseries started using that to save money. 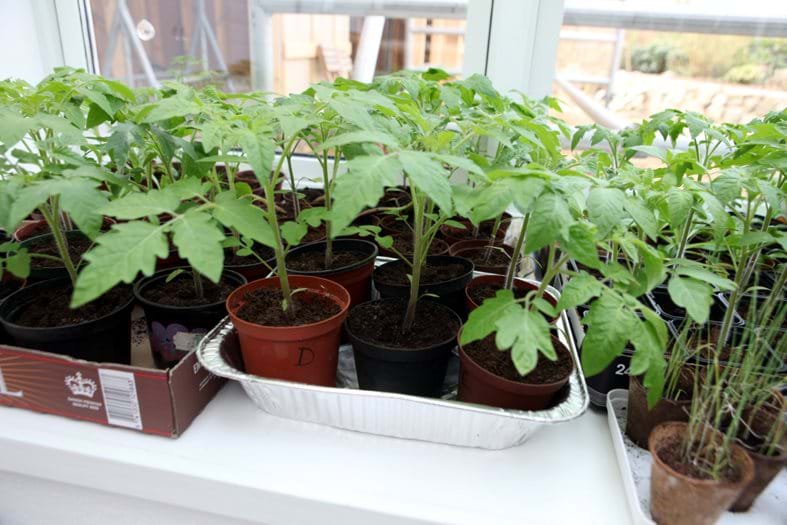 The tomatoes in the window ledge could use more light even though it looks like they are thriving.

Plants need light for the photosynthesis, but also the formation of flowers and different light is needed for the complicated processes of developing a plant.

In a closed room the effect on plants from different lights was tested. In one room only red light was used, in another there was a mix of 20% blue and 80% red and in one the combination was blue and white. In the room with all red light the vegetative growth was its largest, while the combination of red light and 40% blue light had a 30% inferior growth. In all the rooms with blue light the stems were more strait and the flowering denser. In the red light the stems were hanging more and the flowers more open. 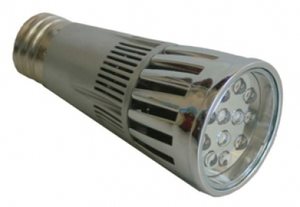 The LED lamp is here to stay, but research shows that colour combined lights are best for the development of plants.

The red light corresponds to the plant in nature getting the signal that it is in shade and therefore should spread wider to be noticed by the pollinators, which it does best when the stem is hanging a bit.

Cultivators benefit from this research. The LED lamps on the market are sold to fit all plants, but different plants need different light. Which colour combination tomatoes want will be exiting to watch.

Crack the code of light and find the right grow light

Heat for the delicate ones

The greenhouse in January – light but not enough for it all

Heat for the chilly nights