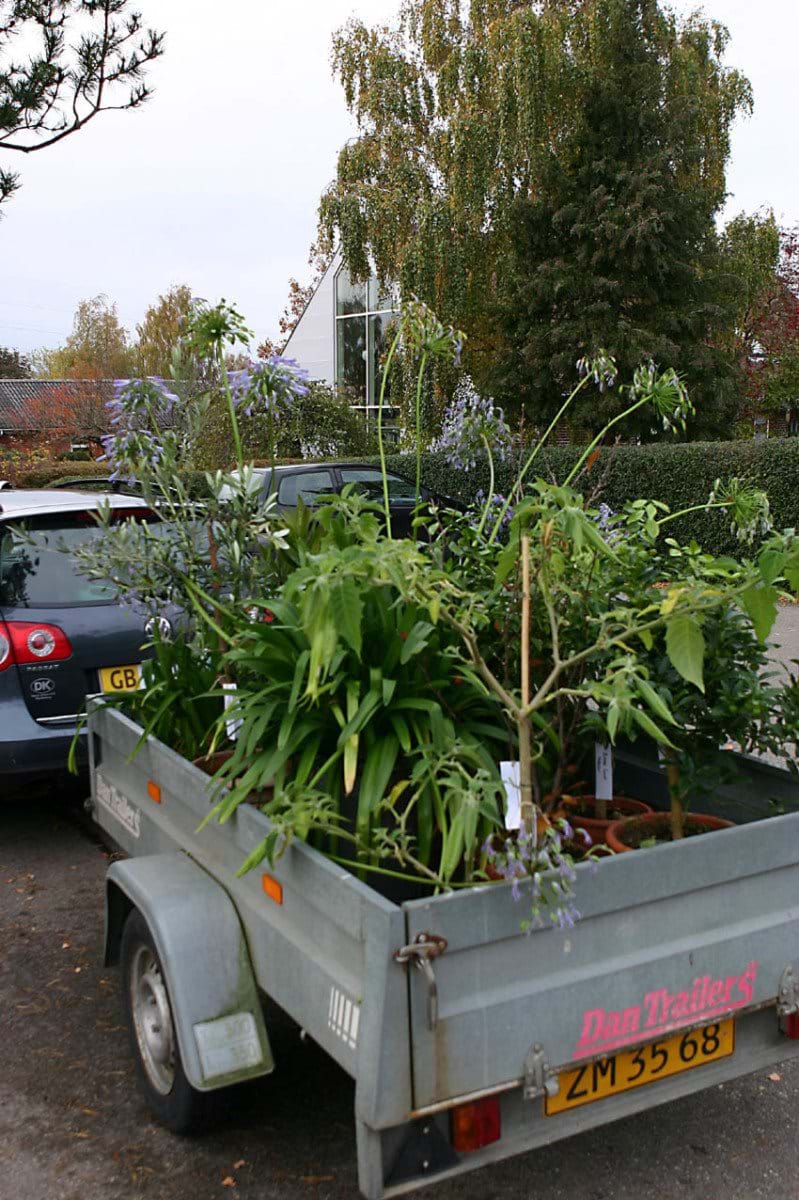 Earlier plants were transported to a plant hotel in a trailer, that was a lot of work.

You can build your own plant hotel; it is quite simple and a sunk cost.

We need candle lights and bubble wrap in the greenhouse. It gets colder and colder, and those of us who have a greenhouse, also like to collect things

We sometimes collect plants that do not tolerate the English winter. I have many plants myself and I have until now been lucky getting them into a plant hotel (an old nursery) almost free of charge, but the owner has now retired.

The plants lasted for a long time, but now the closest plant hotel is far away and much more expensive.

Earlier I have written articles for the Greenhouse Forum on how to keep a greenhouse warm and many of the devoted members have sent in great ideas, like covering the entire greenhouse with bubble wrap of good quality or making the greenhouse smaller by lowering the ceiling with bubble wrap for extra protection or even placing a smaller and cheaper greenhouse inside the big one.

Moreover, a gas heater or something alike is a nice way to add heat to the greenhouse.

You can also go the complete opposite way. Instead of sending your plants to a plant hotel, where it costs around 70 – 85 pounds to have one pallet stored, you can build your own mini plant hotel that fits one or two pallets.

I have made my own mini plant hotel because I don’t have a basement to store my plants in during the winter. My mini plant hotel is a small extension of the carport. I have simply made a shed, where I have put in 6 inches of polystyrene on the floor. You only need to dig down 7.8 inches in the ground, fill it with 2 inches of sand and then put polystyrene on top. Then the floor is levelled out. You can then put tiles on the polystyrene. 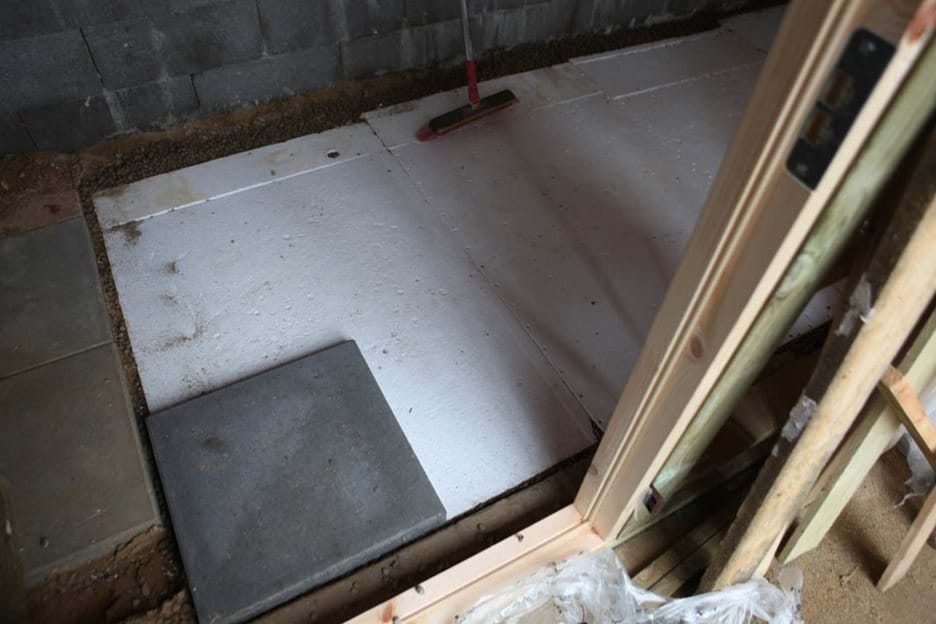 The mini plant hotel behind my carport is taking form.

You don’t need to start casting as the tiles are already cast. On top of the tiles I have put rubber tiles that really is meant for playgrounds, but now serves as extra insulation. They are 23.5 x 23.5 inches and are around 18 pounds.

The walls and ceiling have gotten a 6 inches insulation that is 8% better than the common one. I have put in some low-emissivity windows I had in spare. Extra lighting comes from LED-lights. I have used LED-lights in my propagators for many years and it has worked very well.

My plant hotel is almost done now. The meteorologists promise colder days and nights, so I am moving my plants out there now. Even though I am one of those who have gotten solar power cells, which produce my power, I hope the plants survive the winter without needing too much extra heat.

Protect your plants from frost