When you come home from your vacation the weed will be waiting for you and it’s tempting to start with the herbicide. In 2009 Danish waterworks’ records showed that herbicide reached the groundwater, but politicians criticised the accuracy of the measurements. A report from the environmental protection agency in 2012 confirmed that the measurements were true. 2009 was especially a bad year which might be due to the amount of rain that year.

How toxic is it for humans?

The big question is then: what happens when we drink the glyphosate from the herbicide. Does the amount measured matter?

Toxin expert Nina Cedergren from the bio-scientific faculty at Copenhagen University states that we should not be worried about the small amount of herbicide that is in the groundwater. The active substance glyphosate is so non-toxic that both salt and coffee is more harmful to humans. Your health only risks to suffer if you drink directly from the bottle, she says and adds that that will happen too if you drink too much coffee.

On the other hand, it worries her that if you can find glyphosate in the groundwater, you might also find much more toxic substances like pesticides which even in small amounts are toxic to humans and animals. 3% of our pesticide usage is in the dangerous category. So, you don’t need to be that worried about the substance harming you or others. The discussion is rather why to pollute our clean groundwater even in small amounts. 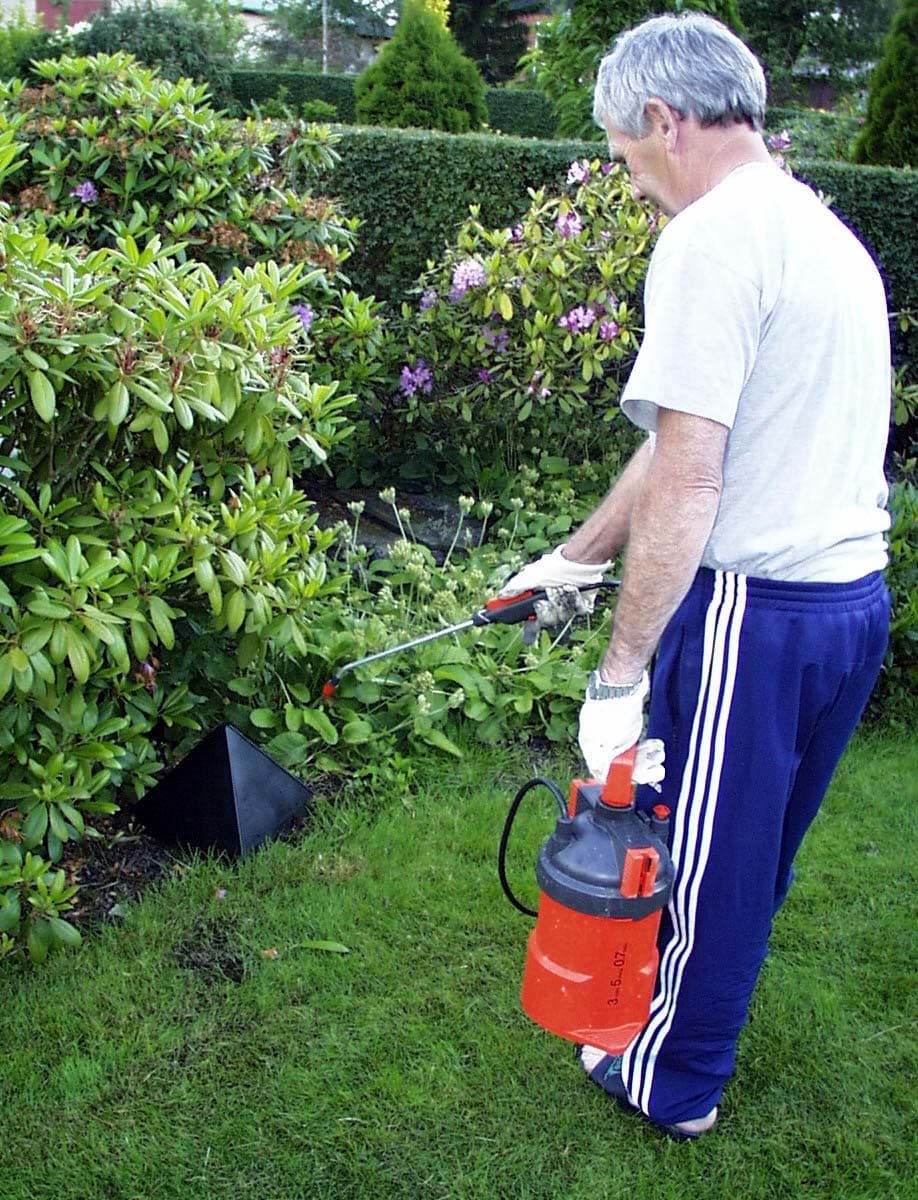 He is sprinkling with herbicide but hopefully, it doesn’t contain glyphosate.

Gas is not better

Gas is very popular but seen from an environmental perspective, it releases a lot of CO2. So, what are the other options? The most environmentally friendly solution is the weeding fork. Then there are products which contain fatty acid and has the same effect as gas, that is scorching the plants.

Then there is the more creative way. That is covering the ground with the plants you like, putting sand between the joints as weeds can’t grow in a soil that alkaline or you can cover the soil with plastic for 3 months to kill the weeds.